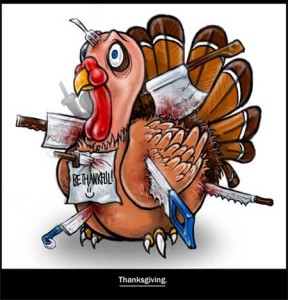 Thanksgiving is approaching…One of the dieter’s worst nightmares. If you’re like me, Thanksgiving brings up feelings of stress, anxiety and dread. I don’t want to deny myself of the holiday, but I also don’t want to eat 2,500 calories in one meal.

Don’t go hungry! Skipping breakfast or lunch in order to save calories for the big spread isn’t the solution. You’ll be starving and make poor choices. 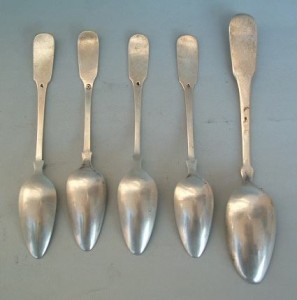 Use small spoons instead of large serving spoons. This is a good trick because you’ll dish up less portions than you would with a larger spoon. The trick is to just get one spoonful (not 5). 🙂

Set the table with small plates instead of large plates. It tricks your eyes (and hopefully your stomach) into thinking the smaller portions are just as filling.

Cover the dishes of food after people have dished up. Out of sight, out of mind.

Skip the roll (and the butter). Bread is the quickest way to add a bunch of calories.

Snack on a veggie tray with light dressing instead of chips. Honestly, I love me a veggie tray. There’s nothing better than fresh broccoli and cauliflower. If you don’t like “lite” dressing, try mixing half regular and half lite to save some calories. 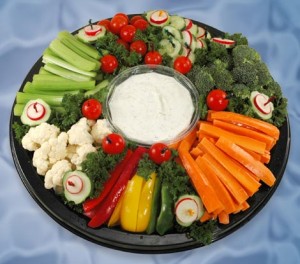 Make steamed veggies instead of a veggie dish that’s loaded with cheese or butter. Fill half your plate with the vegetables.

Swap the potatoes with sweet potatoes. Lower in calories and just as yummy. 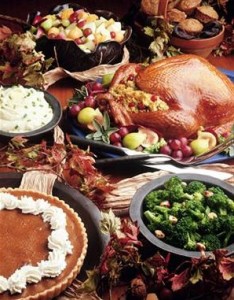 If you must have mashed potatoes, use chicken broth instead of butter. Or even better…try mashed cauliflower!

You don’t have to eat everything. Having just a taste of everything is perfectly fine…then get seconds of what you REALLY loved. 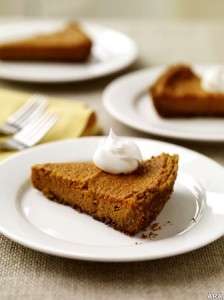 Include a green, leafy salad with lots of veggies in the feast–preferably before dinner is served.

Make a smaller pie. Only eat a small piece of the pie. Try low-calorie alternatives like Frozen Pumpkin Pie Mousse. 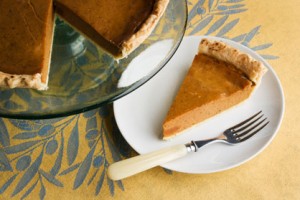 Remove the skin from turkey to save around 50 calories. 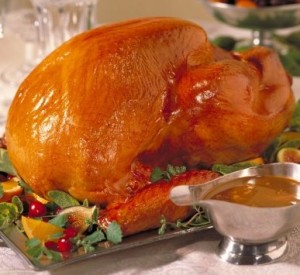 Make your own cranberry sauce, using half the sugar (or Splenda)  suggested in the recipe.

Don’t stuff yourself. Eating a serving of each dish that you like is plenty! But overdoing it means an angry stomach.

Don’t forget the water. There’s lots of goodies out there to drink…soda, eggnog…but check out how quickly they add up those calories:

Some of the High Calorie Culprits:

Cranberries: 1/3 cup serving of the canned kind clocks in at 225 calories

Enjoy your Black Friday shopping the day after Thanksgiving, but at some point that next day…fit in some exercise. Turn your food guilt into a productive thing and move your body! And I don’t mean just walking from store to store. Try to get some kind of workout in.

And keep in mind this important fact: Thanksgiving is only ONE DAY. If you over-indulge, don’t beat yourself up about it. However, a slip up is NOT an excuse to just give up entirely.

Remember: Christmas is right around the corner!

QUESTION: What’s your battle plan for the holidays?

You can read Part 1 Here. 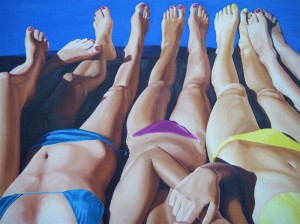 How I Did: I was starting to get the itch. I was almost mentally and physically ready to go back to the gym and my routine. I weighed in for the first time since my Texas Vacation. I’ll be honest, I was a tad nervous. I waited a few weeks to “correct the damage” I’d done in Texas before getting on the scale. It was a good number. It was my pre-Texas number (144).

How I Felt Physically: I felt much better on Day 3 than I did the first two days. It was like my body was finally over the aches and pains. I didn’t walk around feeling like my body was falling apart like I did earlier in the week. The upper back soreness was gone. The pains in my shins and knee were gone. So that was a good sign!

How I Felt Mentally:  Mentally I felt okay. I was feeling a bit overwhelmed and stressed with some things on Day Three. Normally I would have an outlet (the gym) to work out some of that anxious energy but I didn’t have that. Mentally I was looking forward to the gym.

What I Did: Wednesday after work Michael and I made the trek to his mom’s house for dinner. Nothing better than comfort food from Mom! She read my mind too, I’d been craving comfort food all week. She made spaghetti, Caesar salad and had fresh bread. Perfect. 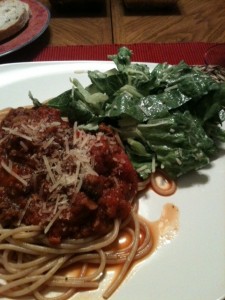 A glass of wine or two to relax…it was a nice night. 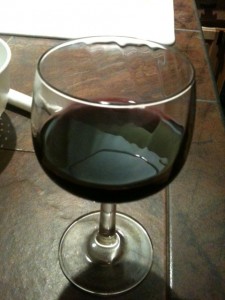 Candy Detox: On the Candy front I didn’t do too well. Day One I avoided the Candy Room at work and successfully did not eat any. Day Two I caved. I was disappointed but it wasn’t the end of the world.

Back to the gym! I most definitely needed that work out. The week I’d had I needed it. The plan was to hit the Spin Class but I got stuck in traffic and got to the gym too late to join the class. Which is one of the main reasons I hate taking classes. The pressure, the stress to get there, the classes never working with my schedule, etc. But all was not a wash. I got to the gym and changed and hit the treadmill. After not running for over 2 weeks I ran almost 4 miles on the treadmill. It was an okay run, nothing fast, nothing special, but better than my runs were before I took a few weeks off from it.

I finished up with some weight lifting and then went home. I didn’t feel inspired by the workout but I was glad I went and got in something. Next week I’m going to try hard to get in a Spin Class.

I am also 100% glad to be back at the gym. I didn’t want to take too long of a break for two reasons: 1) I didn’t want to fall off the “wagon” of exercising. It’s so much harder to start up again after that and 2) I didn’t want to lose all of my fitness I’d built up. I think I avoided those two pitfalls AND got the much needed break. Success!

Will I do it again? Probably. If taking a break like this a few times a year means I am refreshed and I can avoid getting run down and sick, it’s a good thing.

QUESTION: How long of a break have you taken and then gotten “back on the wagon” right away? Was it a struggle?