Dinner last night was fantastic! It was my first time having gnocchi! 🙂

All day yesterday I was feeling overly hungry and while I was swimming I just wanted it to be over with so I could eat! I hate when that happens! Michael made steak for dinner. As a side, we cooked up the gnocchi I got from Trader Joe’s. I’ve never had it before and had no idea what to expect. Basically, you put the potato gnocchi in boiling water for a few minutes and when it rises to the top (sort of like Ravioli) it’s done. 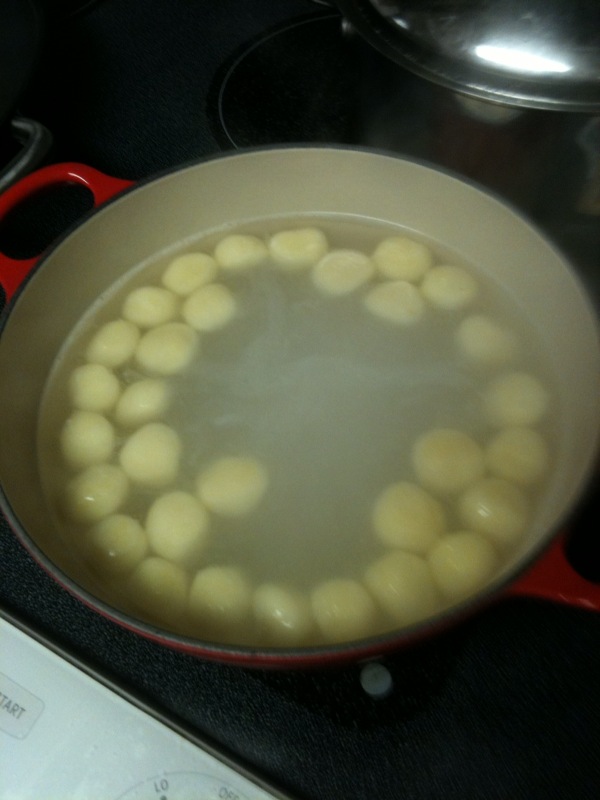 I measured out two servings from the package and followed the directions. While Michael was cooking the steak, I also steamed the broccoli. And poured the libations! I had two glasses of the red wine we bought last weekend in Seattle. Michael had a pint of whiskey (OK not really, it was more water than whiskey!). Michael said he was hungry all day too. But he tends to get up early in the morning (5:45ish…that will never be my routine!) and ride his bike on the trainer for an hour!

Like I said, dinner turned out great. The steak was done perfectly and the steamed broccoli still had a little crunch to it. I added some butter, salt and pepper to the veggies too. The gnocchi was a little strange at first. It was squishy but I liked the texture a lot. I put some pesto on the gnocchi and that went well with the rest of the dinner too.

Since I haven’t really been drinking on a steady basis lately, the wine really went to my head quickly. Michael surprised me by buying some chocolate cake for dessert! I have no idea what possessed him since he’s not a dessert person. But I’m glad he did! It was so moist and gooey! I can’t remember the last time I had chocolate cake!

He split the cake for us to share. It was very rich. I have a confession to make: I ate too much cake. About half way through my piece, I was pretty full and honestly didn’t need to eat the rest of the cake. But I still ate it…. I only feel mildly guilty about not just stopping. I certainly didn’t need the calories. I should have listened to my body and stopped when it said it was full. I have a hard time throwing away food, or wasting food, or not “cleaning my plate.” Growing up that’s what I heard from my parents “Clean your plate.” I think it was a generational thing. My solution as an adult is to not “fill” my plate in the first place. Then I don’t feel guilty about throwing away food.

Oh well. The cake was tasty! And it was a romantic surprise from Michael. 🙂 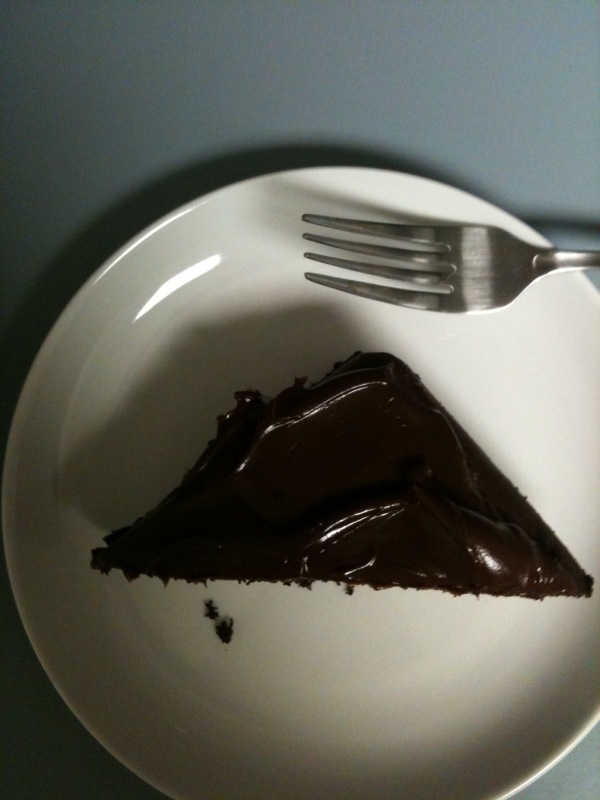 QUESTION: Do you feel guilty if you throw food away?

Our house is pretty lacking in fresh fruits and veggies right now.  It’s definitely time to go grocery shopping. Making my lunch for today, I realized we were out of almost EVERYTHING! Time to scramble and raid the pantry.

So my morning snack is a serving of Trader Joe’s Unsweetened Applesauce. It’s 50 calories for a 1/2 cup.

My afternoon snack will be canned pineapple. It’s not my first choice, but it’s low in calories and it was all I had. 🙁

My exercise today will be swimming tonight. It’s been several days since I swam last and I miss it.

During lunch I went for a walk around The Pearl District today. It was a mixture of no rain, rain and gray clouds. Portland has a pretty good Light Rail system (seen below).

There were a lot of cute parks in the Pearl too. 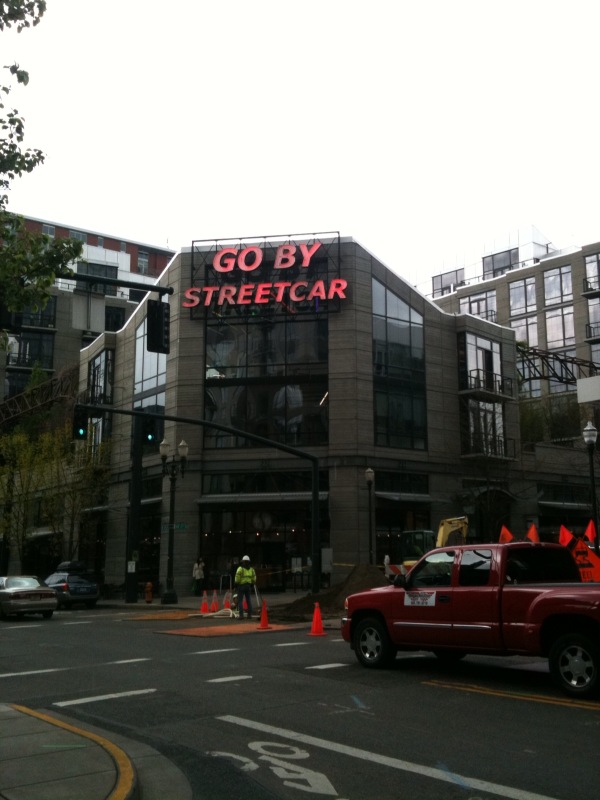 I saw a lot of cute (and upscale) restaurants I really want to try soon!

QUESTION: How often do you go grocery shopping? Do you plan out your meals for the entire week and shop for them in advance?