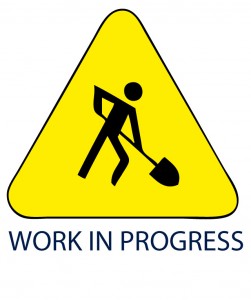 When I got back from Hawaii I weighed myself. If you saw my recent post, Weight Loss is Humbling, I admitted that the original weigh in hadn’t been accurate and I was heavier than I thought. I admit, it depressed me. I cried a little bit at the shock; I was angry at myself for letting it get that bad; I was kicking myself for not weighing myself EVERY WEEK since getting back. Had I done that, I would have caught the inaccuracy quicker and probably could have righted the ship sooner, too.

After the shock on the scale I started doing a few things:

I measured my food. Even salad dressing. For years I eye-balled a lot of stuff and it worked for a long time. But clearly I need to measure right now.

I ate fruits and veggies for snacks. I was already eating fruit as a morning snack during the week. But instead of some of the other not-so-healthy snacks I had been eating, I switched to eating raw vegetables and hummus (the hummus was portioned control packets from Costco).

I ate lean proteins, vegetables and salads for dinner. I told Michael that I wasn’t going to be eating pizza or “unhealthy” things for awhile. While we only ate pizza once a week (usually Friday nights) and it was Papa Murphy’s deLite pizza (low in calories), I didn’t want to eat a food that used to be a trigger for me. Besides, there are better choices I can make while I’m losing this weight.

I limited alcohol. Being on vacation I got a bit lazy with my liquid calories. Now I’m limiting it to Friday and Saturday nights only, and 1 glass of red wine. It’s not a huge deal to limit that for me but where I struggle is social events. We went to a Halloween party and it was difficult to not drink, for example. I wanted to have fun like everyone else!

I’m trying to limit candy. My downfall, always. Candy is where I struggle. Chocolate. Candy. Halloween candy. Baked goods at work. Sucks! But I’m doing my best to limit what I take in.

No Nog! At least until December 1st. I love eggnog. I know it’s an either love it or hate it kind of thing but I love it and usually buy it when it first arrives in the grocery store–somewhere around mid-November. This year I am waiting until December. I usually buy the light version but still, that’s a lot of calories. Waiting is a good thing. It will still be there…. 🙂

I’m also weighing myself once a week, even though the natural fluctuations on the scale stress me out. After seeing the shocking number on the scale, I weighed myself four days later and saw a small loss, so that was encouraging.

PSA: Do not weigh yourself the day after Thanksgiving. For several reasons…first, it will just be discouraging. That can lead to feeling like giving up. Second, it might not be an accurate weight. Give it a few days, THEN step on that scale.

I’ve also been going to the Warrior Room consistently since being back from Hawaii. Getting back has helped me a LOT with my Runner’s Knee issues. The hard part is that I tend to gain weight at the Warrior Room. People tell me not to worry about that because it’s muscle, it’s my body composition changing, the number on the scale doesn’t mean I’m fat…blah blah blah. I’m still concerned about the number on the scale and dismissing it as “it’s muscle!” doesn’t really make me feel any better. So sure, while my body has become more muscular and I’m seeing some definition in areas I’m still focused on getting that number back under 150 pounds and I’d like to see my muffin top disappear.

One thing I noticed was that I think part of my problem coming back from vacation was I didn’t make the mental shift to “losing.” I’d been in maintenance mode for so long and could really eat whatever I wanted (in moderation) and not see a blip on the scale, that when I started to try and lose weight I wasn’t creating a deficit with my calories. That’s required for LOSING weight and I was comfortable back in maintenance mode where I ate all of my calories. Nope, nope, nope. That’s not how it works. A major DUH moment but yeah, you have to make that mental shift to LOSING.

This process is going much slower this time around. Stay tuned. I hope the next update is a little more positive! 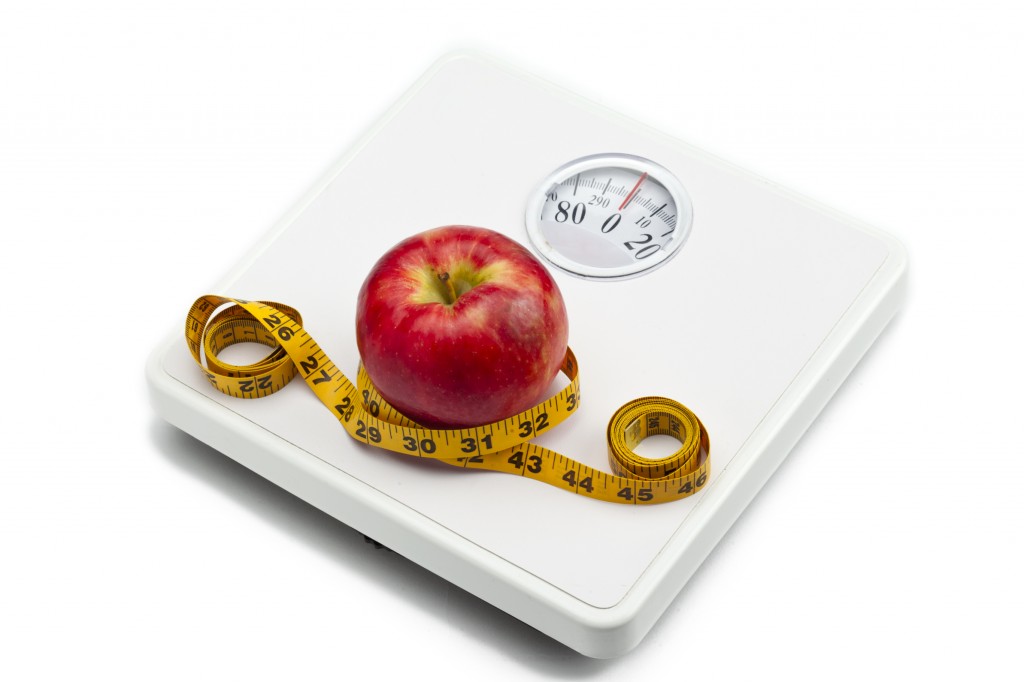 What I find fascinating is how quickly the body gets used to something. When I took a break from calorie counting and tracking during September I was definitely eating more food than normal and not paying attention to portion sizes. While I wasn’t bingeing, I certainly wasn’t moderating anything. The scale reflected that when we got back from our honeymoon.

When we got back I weighed in and immediately got back to tracking my calories and getting back to my normal workout routine (fitness 5 days a week with 2 rest days). I wasn’t beating myself up over gaining some weight because I needed the break. While my healthy lifestyle is definitely my “norm” and it’s comfortable and usually fairly easy to maintain, people need a break once in awhile.

So back to the beginning of this post…my body got used to eating more. When I got back into calorie counting my body was yelling at me. “I’M HUNGRY!!!! FEED ME!!!!” It a feeling I hadn’t really experienced in awhile because I’d been so used to what I was doing for 8 years!

That hunger when you first make that adjustment is difficult. I’d forgotten just how difficult. The grumbling of the stomach, the ache, the sadness and frustration in knowing that I couldn’t eat EVERYTHING I wanted…it’s a brutal reality until you get used to it. The hunger goes away after a little bit. I remember now what that feeling was like when I FIRST started to lose my weight. It was a few weeks of insatiable, uncomfortable, almost painful hunger. I was starving. But I got through it. I drank a lot of water (and diet soda) to fill myself up. I tried eating healthy snacks to curb the hunger in between meals.

A few weeks later, my body adjusted. Making an adjustment from eating 5,000+ calories a day to 2,000 is a huge change. Give it time for your body to get used to it. I keep reminding myself of that this time around. Give it time. A few more days and this horrible hunger will subside.

I had one “slip up” when we got back. I was doing pretty well with my calories. I had a few days where I was a little bit over but not by much. The day I had a slip up was a conscious choice, so I don’t know that I can really call it that. I made the choice to splurge. It was our three week anniversary (haha!) and we went out to the movies for a date (we saw Gone Girl, which was great and I had worried they’d ruin the movie because the book was so great) and Michael got popcorn. I wasn’t going to have any but it smelled so good I ended up eating a bunch of it. Sigh.

Then we got dinner at Popeye’s (besides In-n-Out it’s the only fast food I like) because one opened near our place! We had to try it! I didn’t go crazy and wasn’t really over my calories too badly but it certainly wasn’t HEALTHY food! 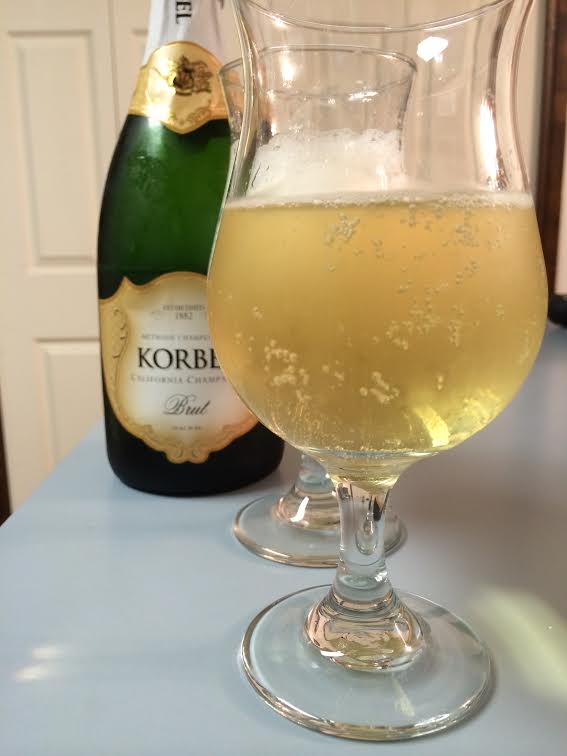 We also shared a bottle of champagne left over from the wedding. 😀 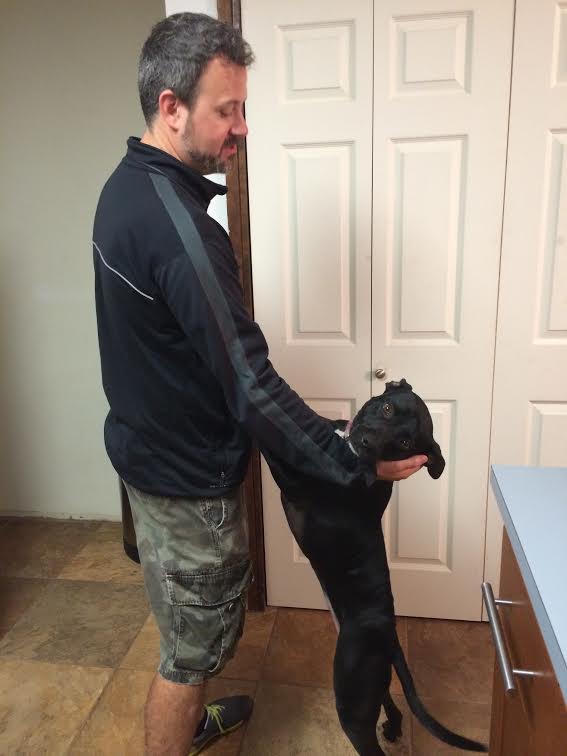 (Dancing in the kitchen!) Movie theater popcorn, fast food and champagne…dinner of champions? Maybe not. It was good though!

I was back at the fitness routine and I was also back at the Warrior Room…ouch! After almost a month off from it and three weeks of no weight lifting, I hurt pretty badly after that. Ouch ouch. But I’m back…and going consistently twice a week to the WR. 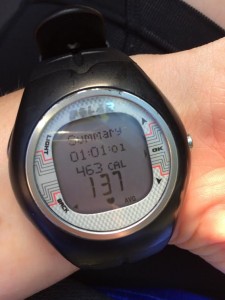 I tracked my calories–every bite, nibble, snack, everything–and got back to the gym. I didn’t weigh myself again for about three weeks. I wanted to give it a little time to kick in and I also knew that I was nearing the time of the month where I’d “gain” several pounds due to PMS bloat. I didn’t need to see that on the scale. Sadly, I did weigh in and see that the original number on the scale hadn’t accurately reflected the honeymoon weight. I should have taken in to account that weight gain often shows up on the scale the FOLLOWING week.

It was discouraging. I had more weight to lose than I originally thought. It was frustrating and deflating and definitely humbling. I’d been maintaining my weight for so long, I forgot just how hard it is to lose weight. It was time to get even more serious. So this is what I’m doing now:

Trying to create a calorie deficit every day

And I’m going back to weighing myself once a week. I was discouraged to see a GAIN after getting back on track. Clearly I’d gained more than I thought I had. I’m humbled and ready to take this seriously.