I love my girl dates! Whenever anything in life gives me a bump in the road, an evening with a girlfriend almost always makes it better. Sometimes it’s just fun to get together and chat about the gossip in our lives. I met up with my friend Robyn for happy hour one night after work. We met at the Cascade Brewing Barrel House. 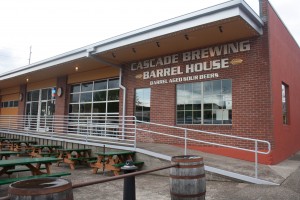 I’d never been to the pub before, but have driven by it a million times and wanted to try it out. There is also tons of outdoor seating for nicer weather. I bet it’s a hot spot in the summer time. Oh, and if you are a local and a cyclist, Cascade is an easy place to get to by bike. Lots of bike lanes all the way there! 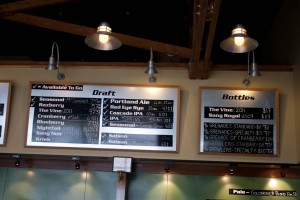 The place was empty when we got there but it filled up pretty quickly. I ordered the Muffuletta sandwich for dinner. It was on a ciabatta roll and had Italian meats, ham, tomato, mozzarella and melted gruyere cheese, fresh basil and an olive tapenade. I love tapenades! The sandwich was so good. The flavors were pretty mild, not too overpowering like some Italian meat sandwiches can be and the bread was a little soggy from the balsamic vinegar–which was delicious. I loved the bread. 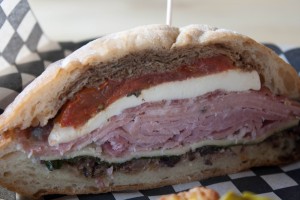 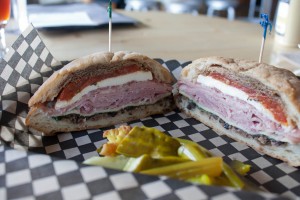 Robyn ordered the plate of fruit, cheese and honey and then we got down to the samples! It turned out that the Cascade Brewing House specialized in sour beers, which I can’t say I am a huge fan of. But I was willing to try. 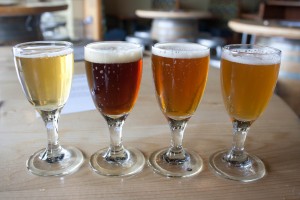 My samples were four of the beers I wanted to try:  Cascade IPA, Spring IPA, Red Eye Rye IPA and the Portland IPA. I liked my samples a lot except for the Red Eye Rye–the flavors were too much like coffee for my tastes. 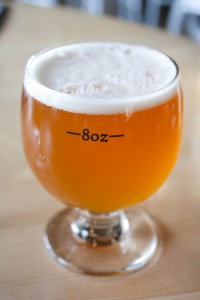 I ended up getting a half pint of the Cascade IPA because it was my favorite of the samples I tried. Half pints are the perfect size for me.

Robyn tried all the sour beers and she loved them! I had a few sips of some of them. The Cranberry was good and so was the Cascade Apricot. 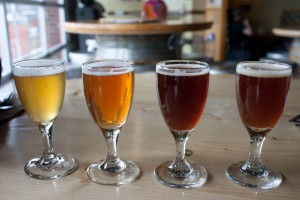 The Sour Lime? Holy pucker! It was so tart and so sour it was as if I popped an entire lime into my mouth and started chewing. It was a shocker! Robyn made fun of the faces I made when I had samples of the sour beers. I’m sure it’s an acquired taste that I could learn to love, but it was shocking for the first time. 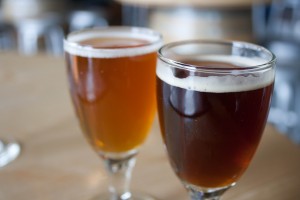 We split an order of the hummus. I wasn’t really hungry after my sandwich but I munched on it anyways (see what happens when you drink and eat??). The homemade pita chips were awesome. 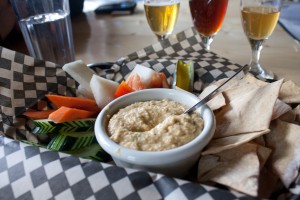 After two hours, Robyn and I decided we wanted to bar hop and headed over to the Horse Brass. The Horse Brass is a traditional English-style pub with a huge beer selection, typical English “bar food” and dart boards all over the pub. It’s a huge place. 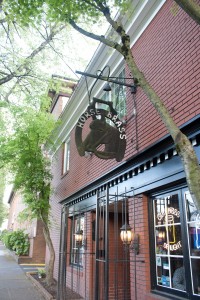 I ordered a half pint of the Walking Man IPA (a local brewery that I’ve had before and liked a lot) and we finished up our late evening. I had such a good time with Robyn, and I ended up staying out way past my bedtime on a work night, but I wasn’t too concerned. 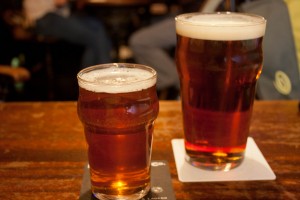 We debated on how many pubs you have to go to for it to qualify as a “pub crawl” and even went to Facebook to get a verdict. The verdict was at least three, and you should be crawling in between the bars. 😉 Oh well, not quite a pub crawl but I still had fun.

The next morning I headed to the gym before I had an appointment to get to. I’ll admit, I was dragging ass. I had probably the equivalent of two and a half normal-sized beers the night before, but I am a total lightweight, and felt it the next morning.

I ran 2.8 miles on the treadmill, feeling half awake and rather slow. I had to walk a few times because I was just tired. 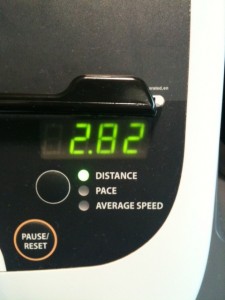 Then I struggled through my weight routine and worked some machines and some free weights. I was feeling unmotivated, honestly, but at least I got a workout in. And I definitely felt better AFTER my workout! 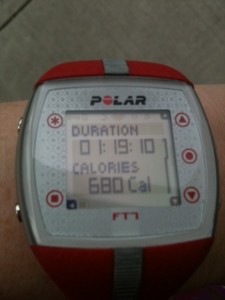 The moral of this story: beer will not help your run the next morning. Especially if you stay up past your bedtime imbibing. But sometimes it’s worth it!

QUESTION: Are you a sour beer fan? How often do you have Girl’s (or Boys) Night Out?