I started seeing a lot of people get into bread baking during the pandemic. Which was kinda cool. I definitely think it’s a fun hobby to have. It’s sometimes a hard hobby because it’s time consuming, sometimes a loaf of bread takes several days and you never know if it’s going to turn out…and then you’ve just wasted two days on a loaf of bread. (Which happened to me recently.)

This is the book I use:

I’ve posted it before. I love the book because it’s simple, easy to follow, beautiful and has step-by-step photo instructions for making bread. It’s perfect for beginners. And then there’s a bunch of other recipes in there, some more advanced. I highly recommend this book!

I’ve tried a bunch of different recipes I’ve looked for online. I don’t like most of them. If you follow me on Instagram, you saw the loaf I threw in the garbage recently! It’s always a bummer to spend that much time and effort and have the bread not turn out.

So I usually go back to the tried and true recipe from this book. Here is the measurements for the recipe (from the book):

This week I made the PERFECT LOAF. Like seriously, one of the best I’ve ever made. And I wanted to share because I kind of experimented based on the above measurements.

This time I used 600 grams of flour BUT I used 25% whole wheat and the rest was white bread flour. That ratio turned out really great!

Plus, I added chopped kalamata olives and rosemary from my garden. Not a lot of either.

I got a good rise overnight (dough doubled–which is good, sometimes the house is too cold and we don’t get a great rise).

I let it cool for a few hours. Then I had a slice. It was PERFECT:

Perfect bake, no gummy parts, no overcooked parts, air pockets, chewy, good crust without being too hard, the flavor was PERFECTLY sour with the delectable salty kalamata flavor and then once in awhile I’d get a bite of rosemary flavor. I think in the future I’d try the kalamata olives with maybe garlic cloves instead of rosemary but overall it was very, very good! I am super happy with how it turned out and I think I have my new recipe down!

Let me know if you are doing sourdough and how it’s going! 🙂

I read more about sourdough starters and watched some videos, and took the advice of a few readers. I found a recipe from King Arthur Flour that I decided to try this time.

After my failed first attempt, I didn’t have any starter left so I made a new starter. I used this recipe for the Sourdough Starter. I made it before we went on vacation to Bend and when we got back I fed it a few times and then a few days before I was planning on making the bread, I left it out on the counter. 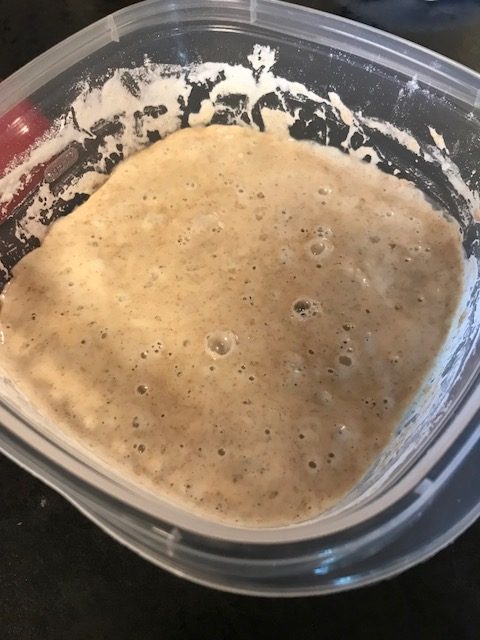 Holy cow! The starter like doubled in size. It didn’t smell super sour like my first batch of starter but it was really bubbly. I used white flour for the starter and to feed the starter last week. Then when it was time to make the bread I used this: 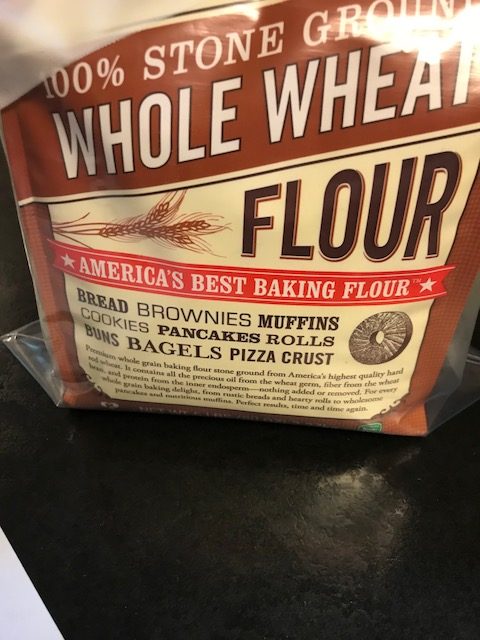 I got it at Bob’s Red Mill. Supposedly it’s a great one for bread. The recipe I used this time was the Extra-Tangy Sourdough Recipe.

I did half the recipe since this one makes 2 loafs and I wasn’t ready to commit to two if it didn’t go well. 😉 I know it’s going to take practice.

So the instructions were a little confusing at first. You don’t mix it all right away. You mix some of it and then let it sit out for a few hours, then put it in the fridge overnight. Then the next day you add the rest of the flour and the salt. 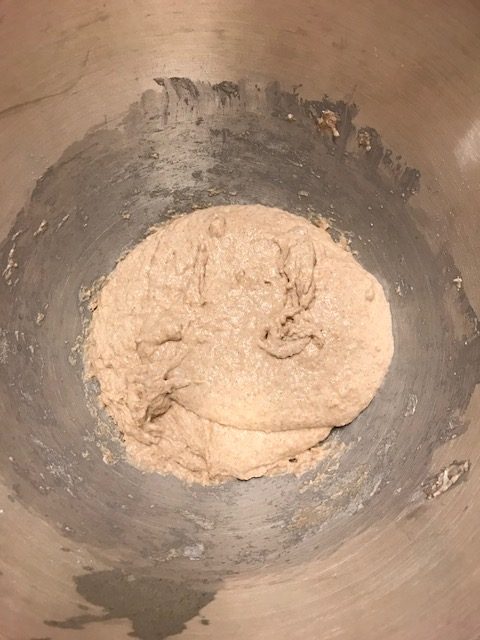 Then you let it rise. It’s basically an ALL WEEKEND recipe. I’m glad I started it Friday!

Meanwhile, while the dough is rising….I wanted to share a book I got from my grandma. It’s in my stash of recipe books and one of these days I will actually make something from it! But it’s such a cool old book, I had to share some photos. 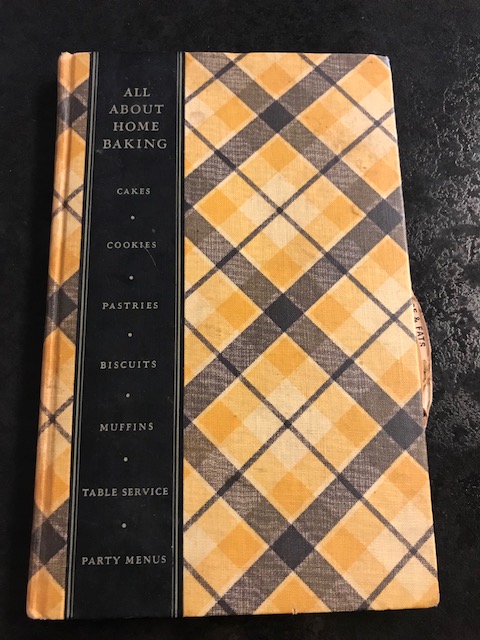 Ironically enough, there is no recipe for sourdough bread in this book! I looked. I thought it would be cool to make a recipe from it. It’s mostly cakes and cookies. 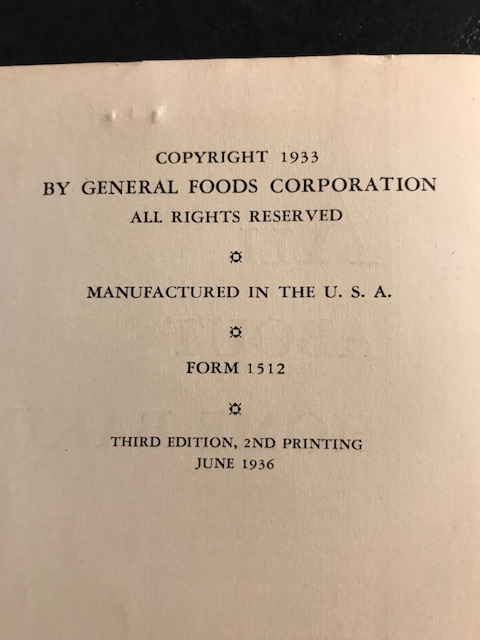 The book is from 1933. There’s an inscription inside from my Grandma for 1939. There was also this handy calorie counting guide: 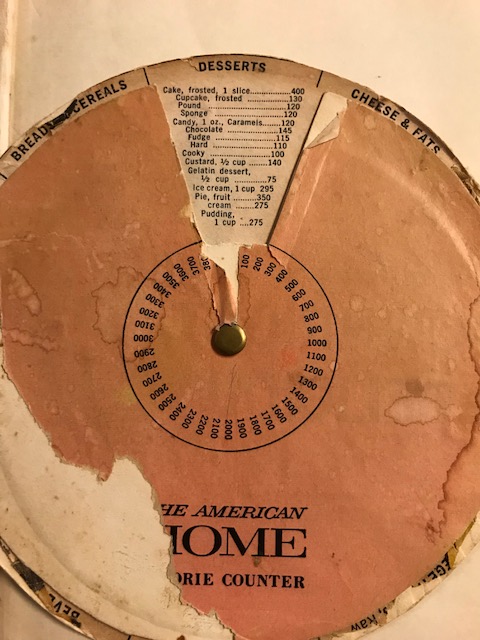 I saw this recipe and it sounded good: 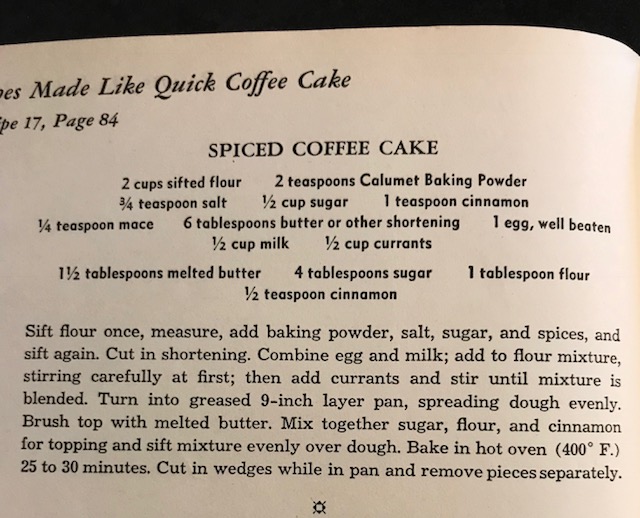 I’m not sure if this is the exact recipe but my grandma’s coffeecake was legendary!

Anyways, back to the sourdough. The dough didn’t rise. I texted my friend who gave me the sourdough starter to begin with and asked her advice. She figured that the starter wasn’t active enough before I started making the dough. DAMMIT.

Into the garbage. Dammit! Ok. Let’s try again. This time, I kept the started on the counter all week and fed it a little bit each day and then Friday I got the dough ready. I used a mixture of the whole wheat flour for the starter and then for the recipe I used white bread flour. 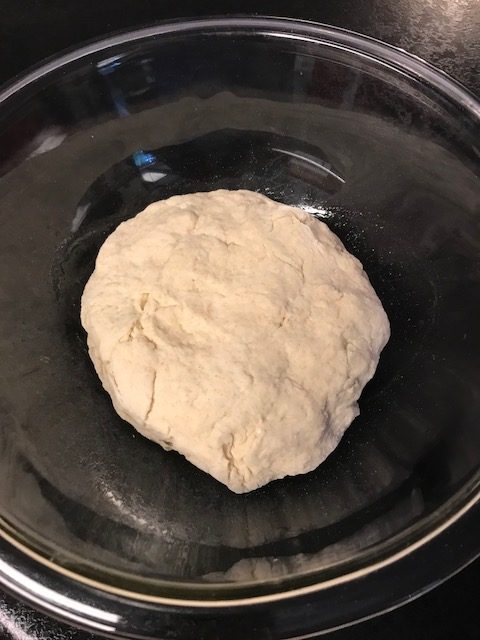 By Friday the starter looked AMAZING. It was bubbling and liquidy. I made the dough Friday night and let it rise overnight. When I got up Saturday morning it had more than doubled in size!!!! 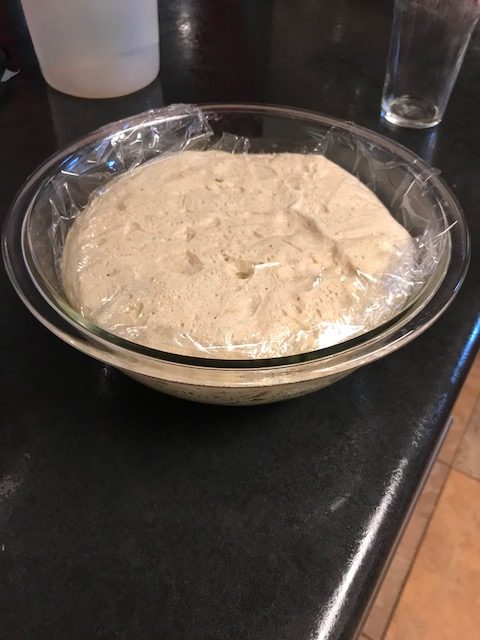 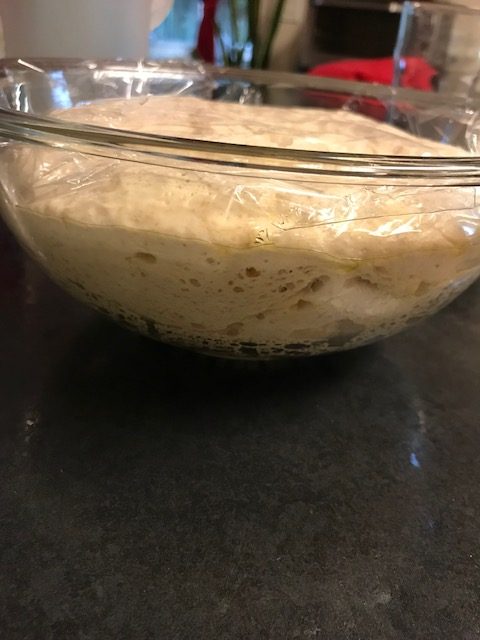 SUCCESS!!! It felt SO good to finally see it WORK. I poked the dough and in deflated. It was pretty funny. So I kneaded the dough a bit and then put it back in the bowl and went to the gym. When I got home it had risen a little more. I made it into a round shape and then I baked it on the pizza stone in the oven.

This time I used THIS recipe. I liked it’s simplicity and it went really well. 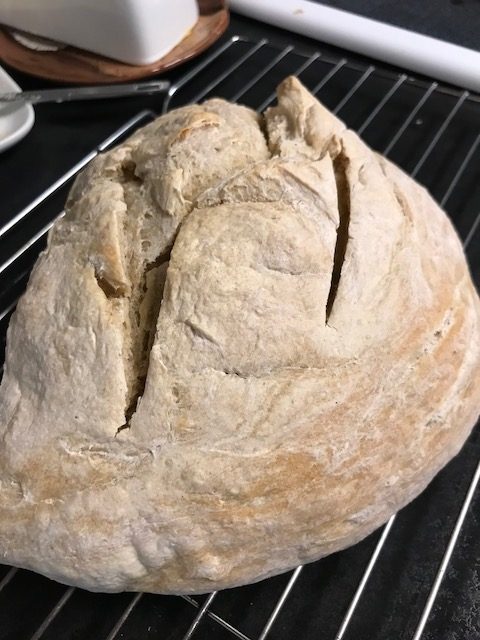 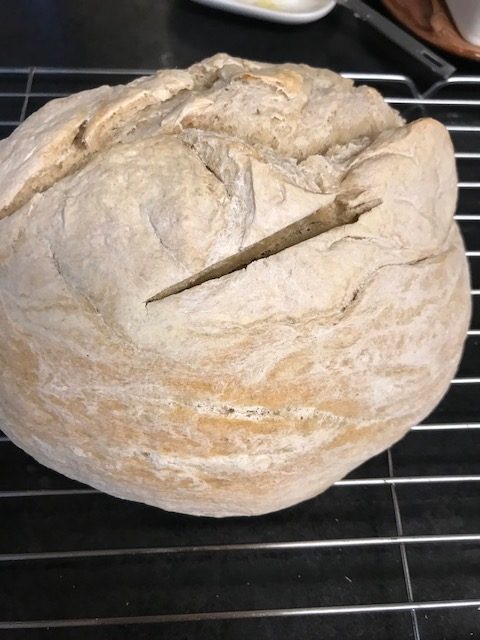 It was light and airy and most importantly it TASTED like sourdough. The flavor was great. I was so happy with this. It wasn’t as toasted on top like I would have liked but I call this a major success (especially after several failures). 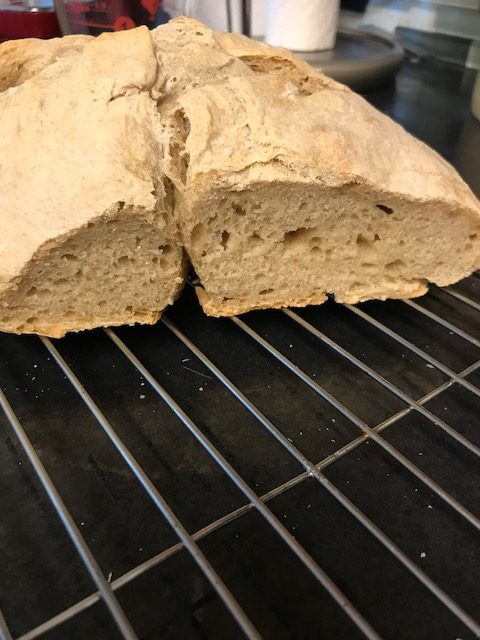