On Saturday I got out of my sweatpants after almost two weeks and we planned a little day trip.

After breakfast and showers and stuff, we hit the road. It was a nice change of scenery. We went down to Newberg to pick up our wine at Stoller. We missed the pick up party because of my surgery. Oh well, we’ll go to the one in the fall.

It had been pouring rain all morning but by the time we drove down to Stoller, it was a nice day. Logan was still asleep when we arrived so Michael stayed in the car and I went inside to have a quick taste and pick up our wine.

I still have issues with sense of smell and taste but I can get a bit of the wine. 🙂 I wish I could have spent more time there but we just didn’t have that much time. Not with a toddler!

Then it was lunch time. The place we usually go was super packed and had about a 45 minute wait just for a table, so we skipped it. We drove to Wilsonville and stopped at the Oswego Grill for lunch instead. It was a nice choice.

Logan did pretty good, which was nice because restaurants are kind of hit or miss. He got a grilled cheese sandwich with french fries (his favorite).

I got the Caesar Salad with grilled salmon. It was really good and on the diet, so that was nice. Michael got a turkey and bacon, avocado sandwich. It was a nice lunch. I’d go there again.

Then we drove home. I kind of hit the wall at that point. It was about 2pm and the longest I’d been out and about since having my surgery. Even though we didn’t do a whole lot, it took a lot out of me. I took a nap when we got home, which felt amazing. Then when I got up I played outside with Logan for awhile so Michael could take a nap. 😉 We are hardcore partiers these days!

It was a nice day and it felt good to get dressed, do my hair and get out of the house doing something normal–other than errands. This week I’ve been home from work I’ve been doing one thing a day–grocery store, errands, Target, haircut, etc. But basically taking it easy. So this was a nice change.

Monday I go back to work. No more sleeping in, back to alarm clocks, no more sweatpants, no more laying on the couch watching TV shows I’m years behind on, and no more naps! (BOO!!) But it will be good to get back to it!

After our hike, we were tired and sweaty and little muddy, and the original plan was to head back to the house to clean up but we decided to stop at David Hill Winery, first, because it was so close to the hike we just did. It didn’t make sense to make that drive again. So we stopped and shared a nice wine tasting. 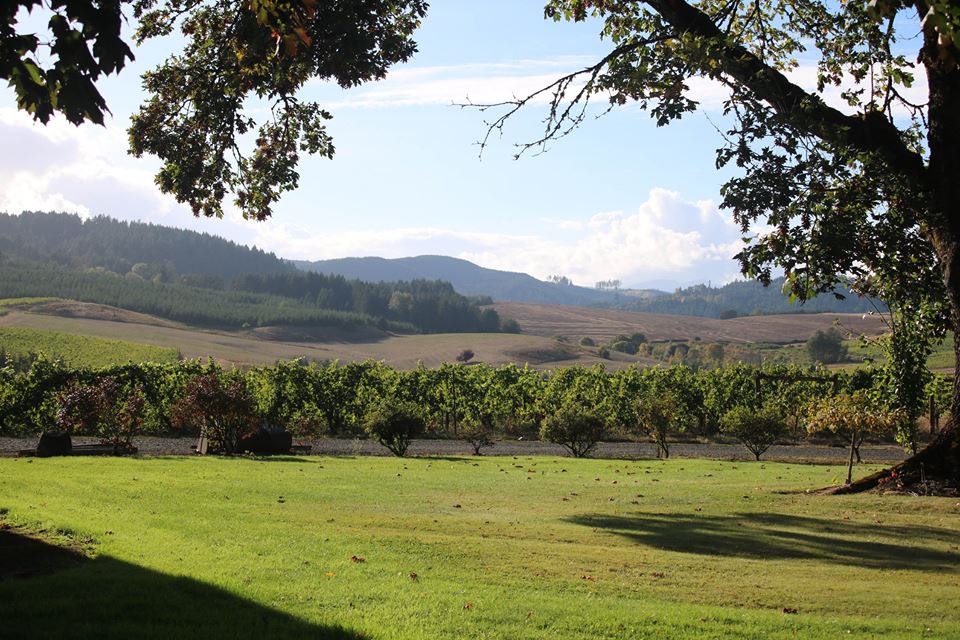 The grounds were really pretty. We got there a little after noon and it wasn’t very crowded yet so we got to enjoy our tasting outside in the garden. 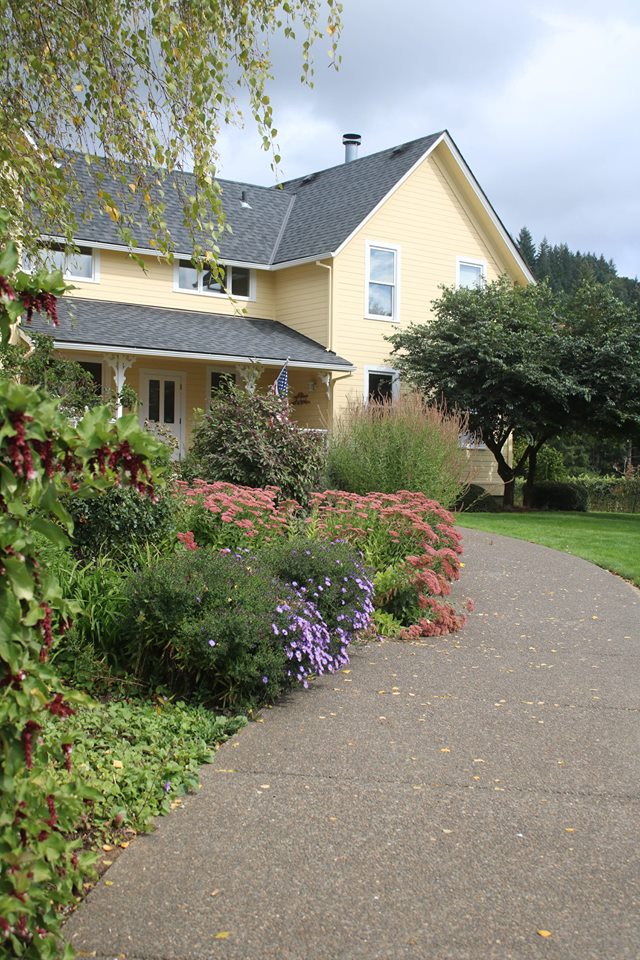 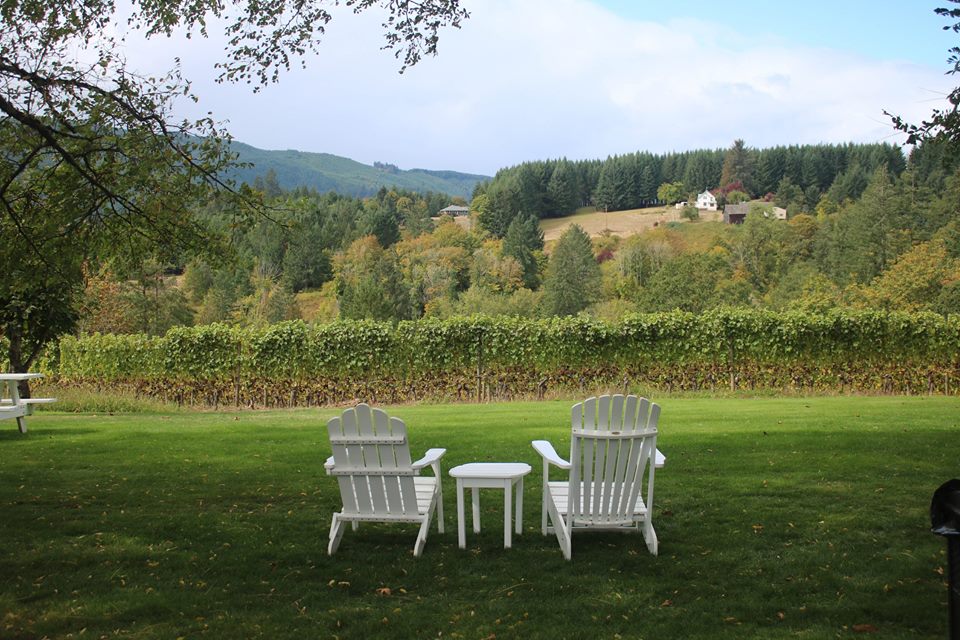 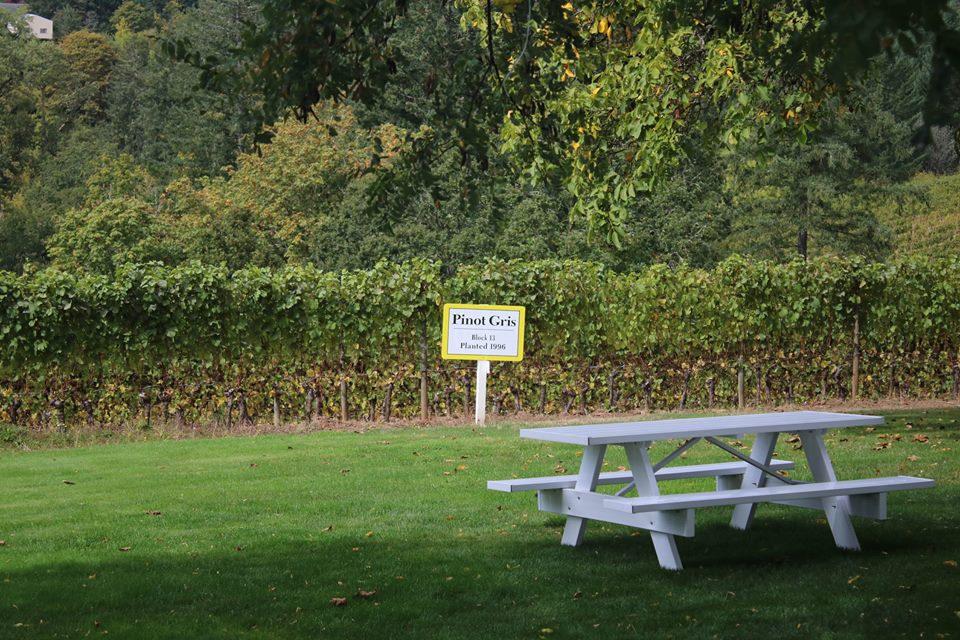 I really liked a lot of their wines. For some reason I had thought that it was a winery I didn’t like, but I was wrong! Excellent whites and very good reds. 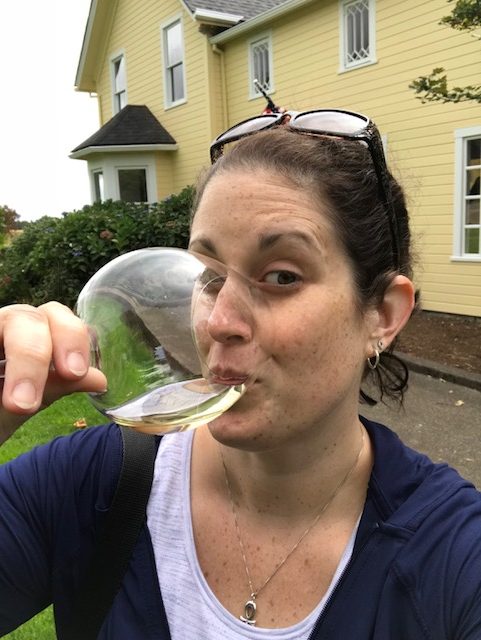 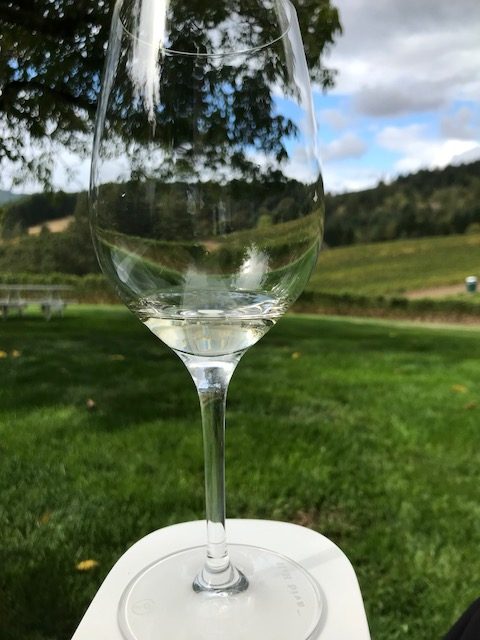 What I like most about wine tasting is being able to taste a lot of different wines without an investment. There have been many times where I bought a bottle on a whim and it was gross (to me). Many times I can just tell Michael I don’t like it and he’ll drink what I don’t like, but I hate spending money on something that I might pour down the drain–I’ve done that about three times before. So when you go tasting, you can figure out pretty quickly if it’s good, if you like it, if it’s a bottle you want to buy. Pro tip: split one tasting with whomever you are with so you don’t get wasted. 😉 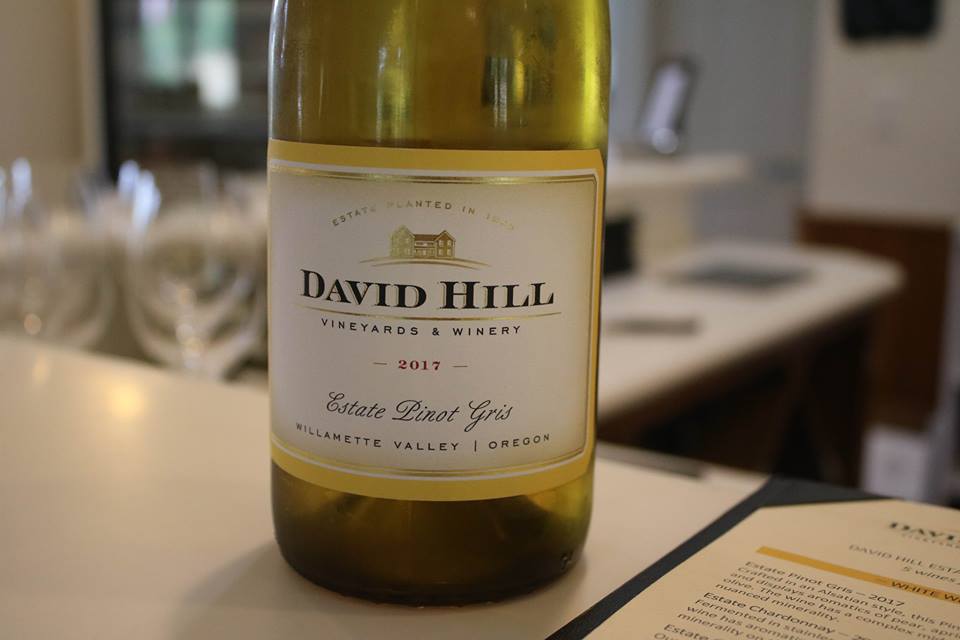 It was getting a bit late in the day and we really needed lunch. So we stopped in Forest Grove for a lunch at Kama’Aina and ended up having some of the best Hawaiian food we’ve had outside of Hawaii. 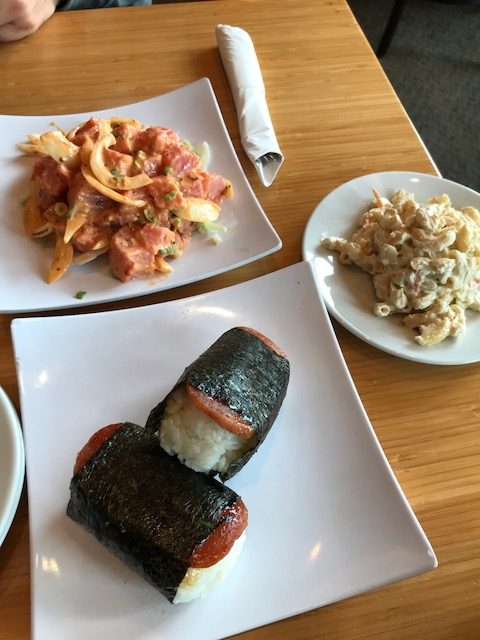 We got a few appetizers to share.  The spam masubi was OUTSTANDING! So were the wings. The mac salad was good. I was not impressed with the poke (too much mayo and onion flavor) but all the other stuff was so delicious. We will definitely go back there again. Food was so good and cheap, too. 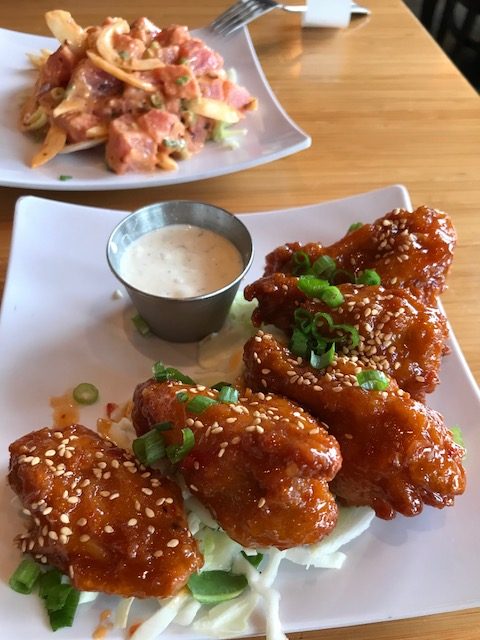 Finally, back at the house to shower and change. Then we headed out to a few wineries. The first one was Ardiri Wines. I had been looking forward to it after reading reviews and from a few recommendations from friends but I was not impressed. We split a tasting and neither of us really liked what we had. It was all very unmemorable. So we left pretty quickly. 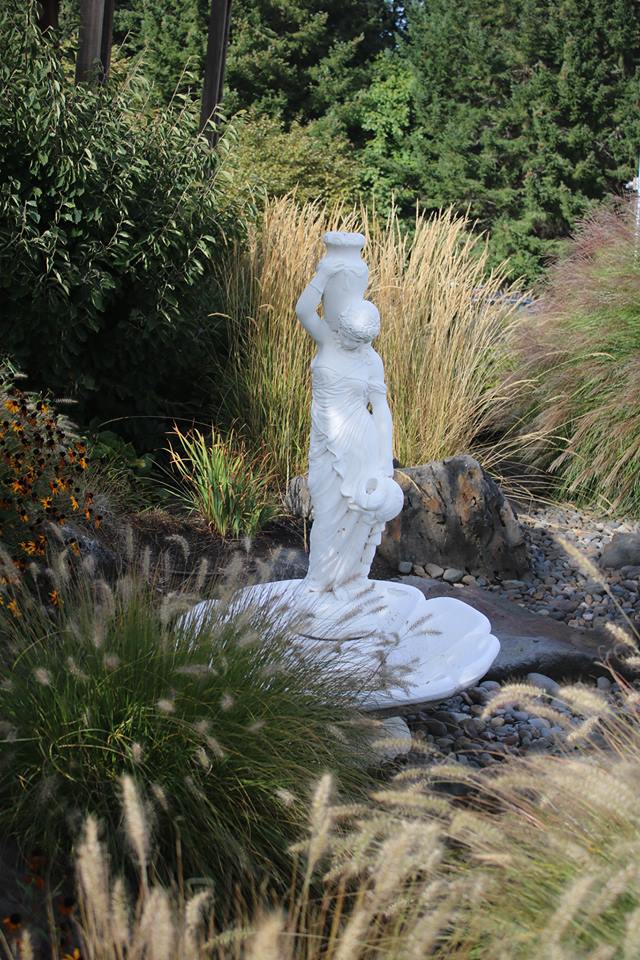 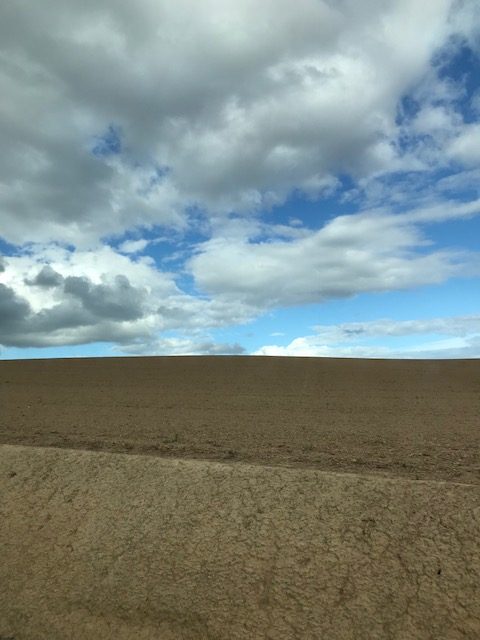 The next place we went to was Montinore Estates and we both REALLY liked it. The place was cool and the staff was great. It also turned out that an old coworker of Michael’s worked there! So that was nice.

We ended up becoming members. 🙂 The wines were that good. I really loved the sparkling white they gave us to start: 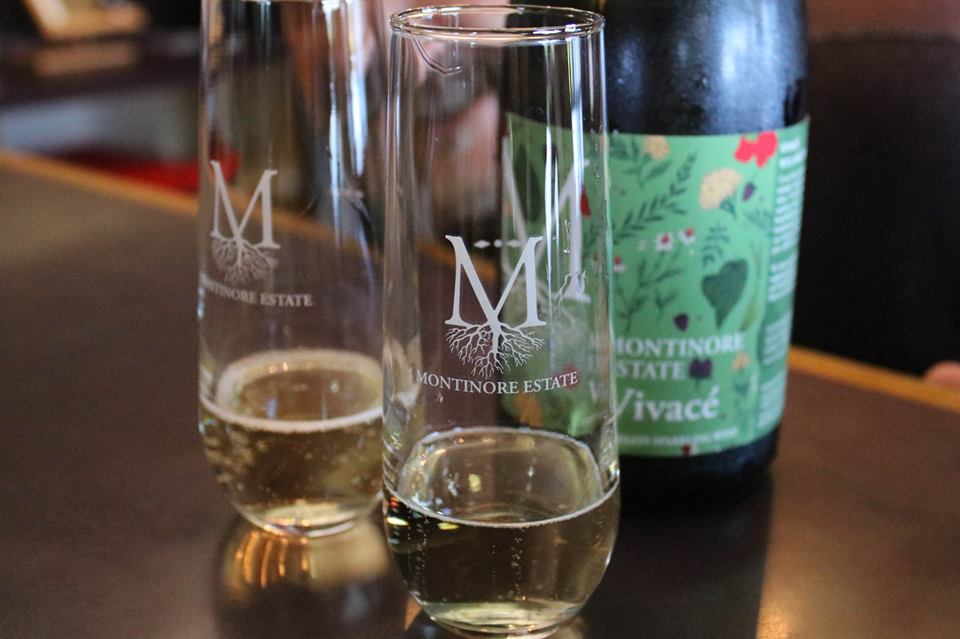 And there was the original estate on the grounds, too: 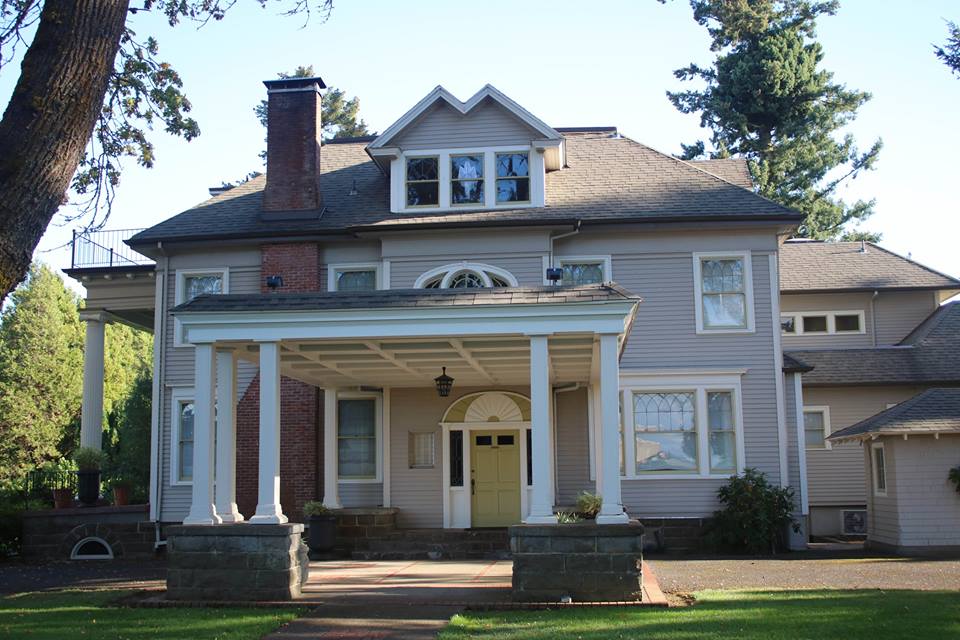 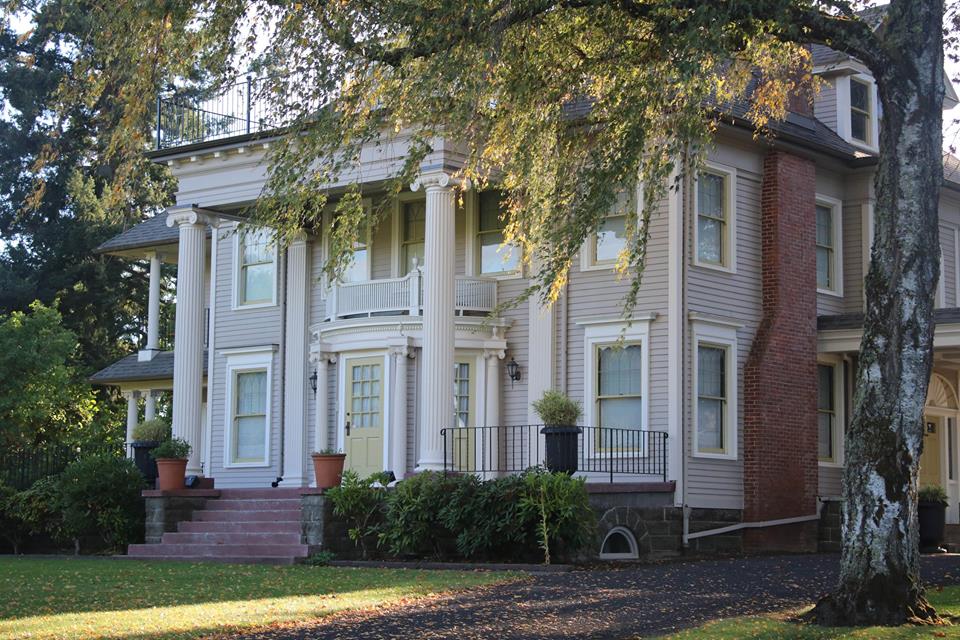 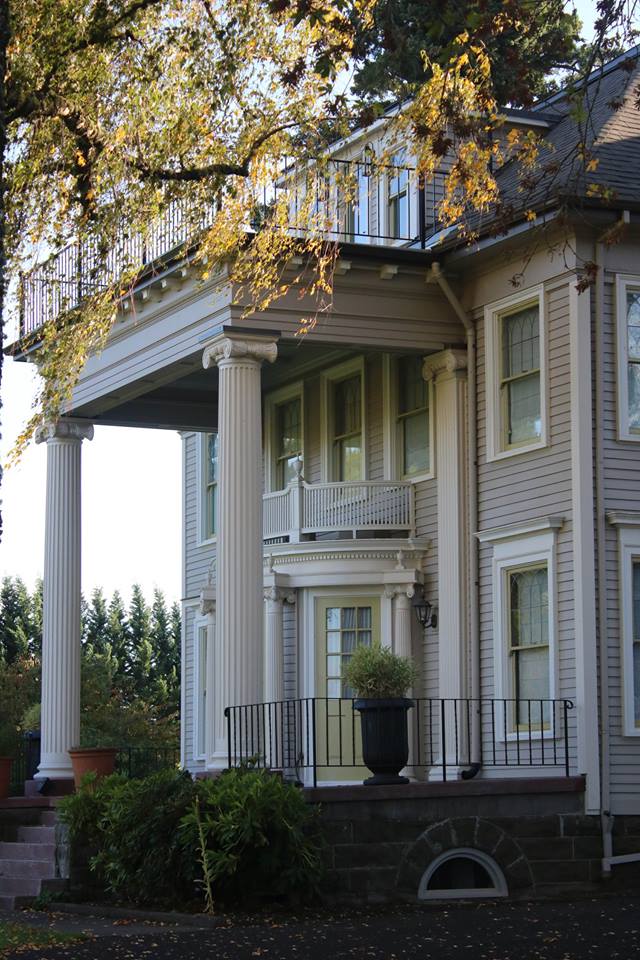 How amazing was that house? After that we went back to the house to figure out where we wanted to go for dinner. We went for a walk around the property of the Airbnb and they had all these cute little meditation spots with benches and chairs you could relax on in the woods. It was very peaceful. 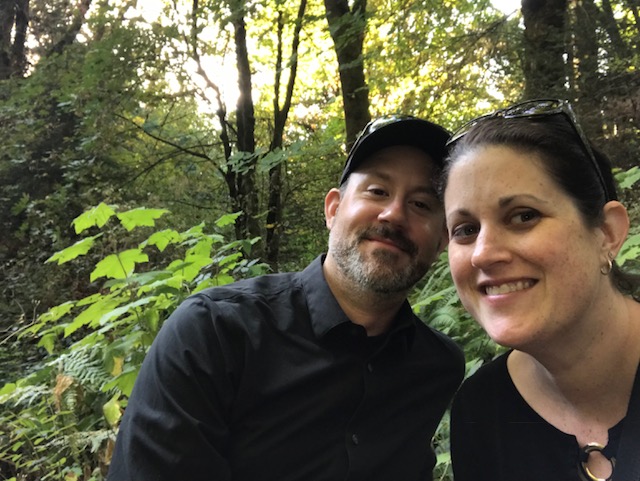 Dinner was in Forest Grove again. This time at Bites, kind of funky Asian fusion place. It was a cool place and we got tapas to share. We got the crab cake bites and pork gyoza.: 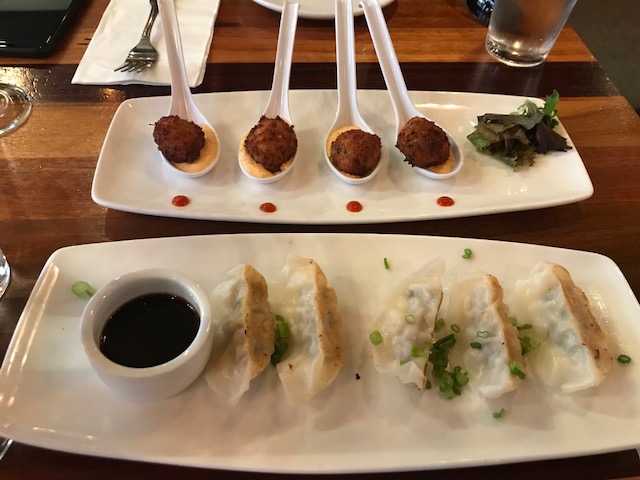 I liked the crab cakes a lot. The Pork gyoza had excellent flavor but I wanted them a little crunchier. We got the Korean short rib tacos (they were spicy but a little on the dry side). 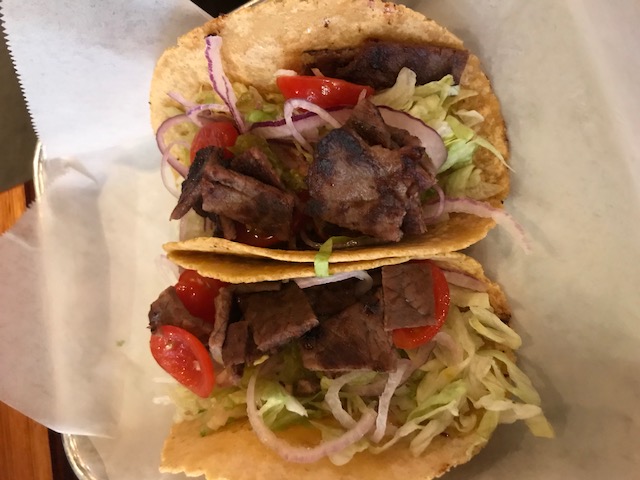 And the mozzarella egg rolls with a Thai marinara sauce. Sounds weird, I know, but it was actually really good. 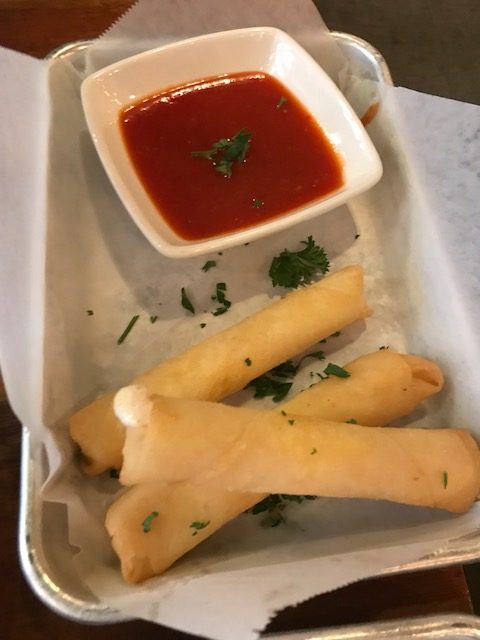 Then we shared a molten lava cake for dessert. 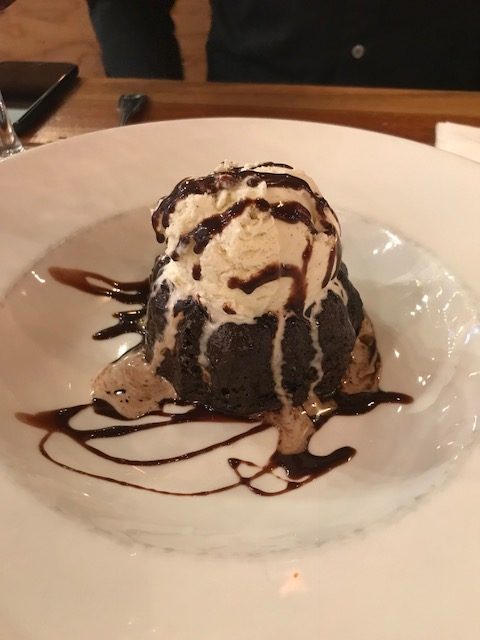 And home to the hot tub again!

On Sunday we got to sleep in a little bit again, showered, packed and then checked out. For breakfast we went to the Babica Hen in Newberg. I got the Eggs Benedict which was an English Muffin topped with bacon, tomato chutney, the poached eggs and a hollandaise tarragon sauce. It was pretty good but a little on the sweet side, probably from the tomatoes. 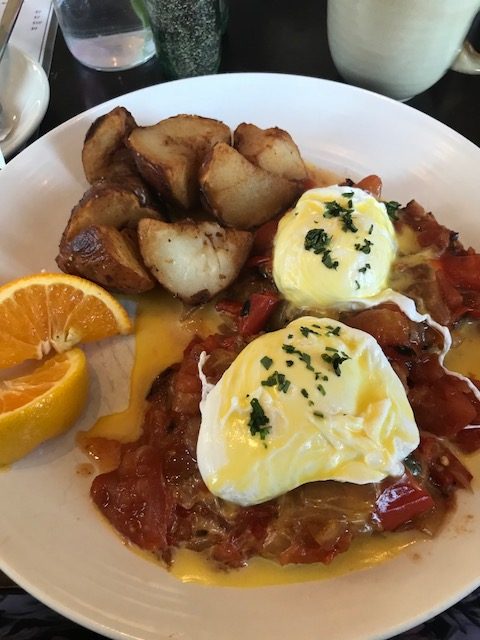 Michael got the breakfast burrito and said it was really good. After breakfast we went for a hike at the nearby Harvey Creek Trail. It was short but there were some parts that were pretty steep so we got an okay workout in. It was a really nice day, too, so it was nice to just walk in the woods.

It’s not too long, so not the usual hike we do, but it was nice. 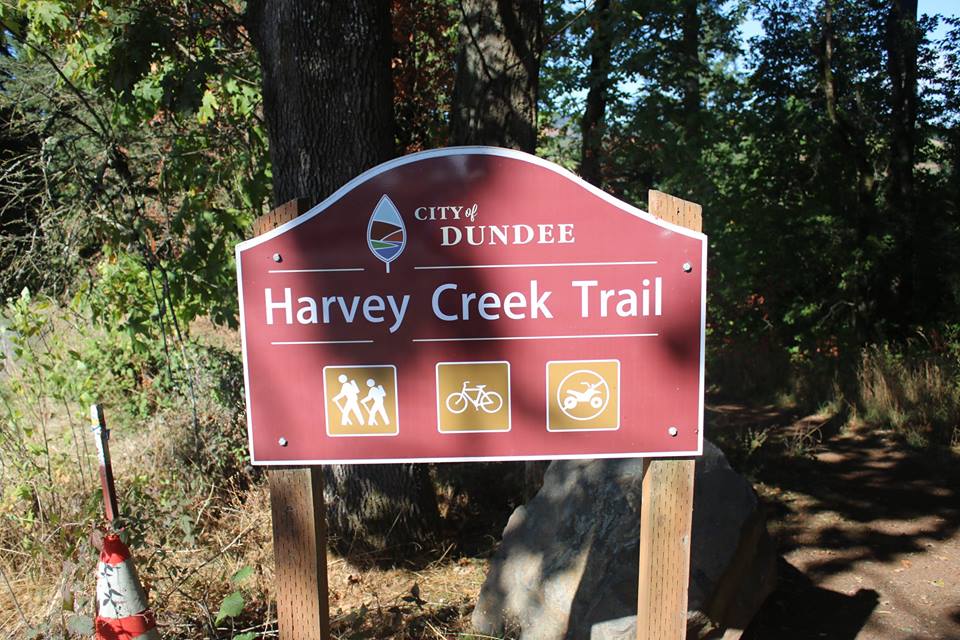 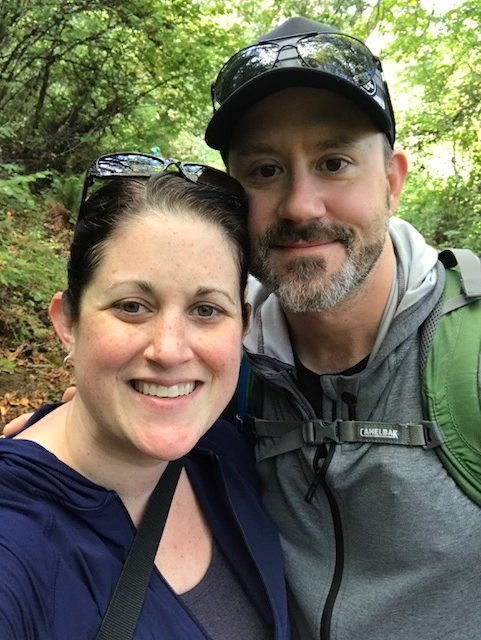 The trailhead was at the old Pioneer Cemetery. It was interesting to see the old pioneer graves. 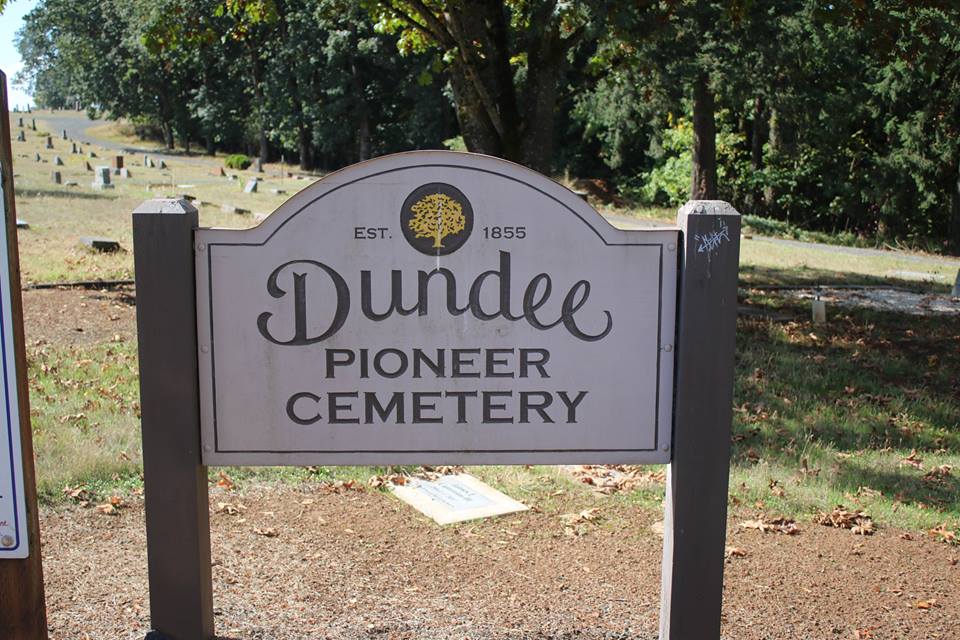 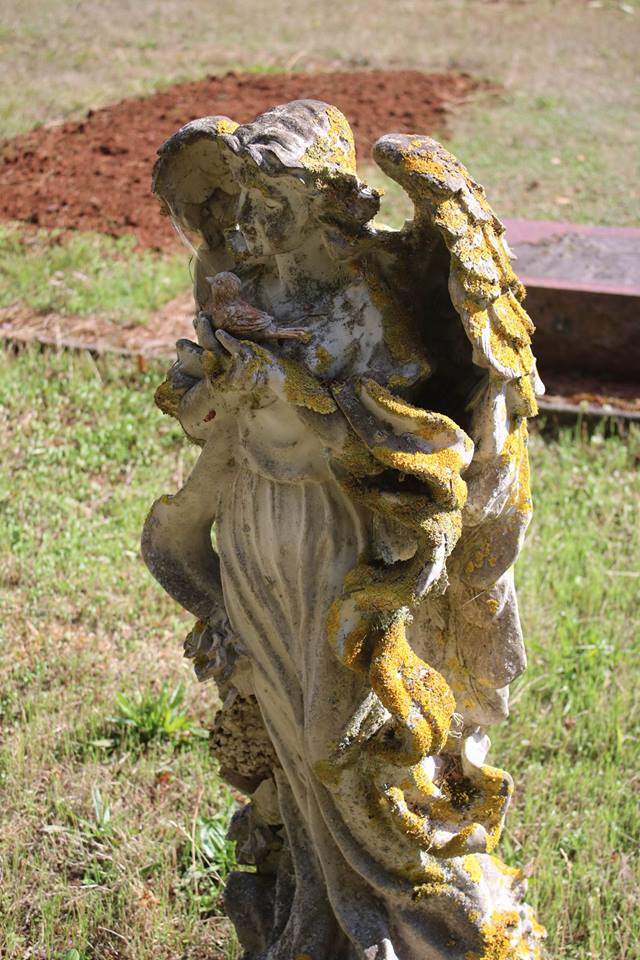 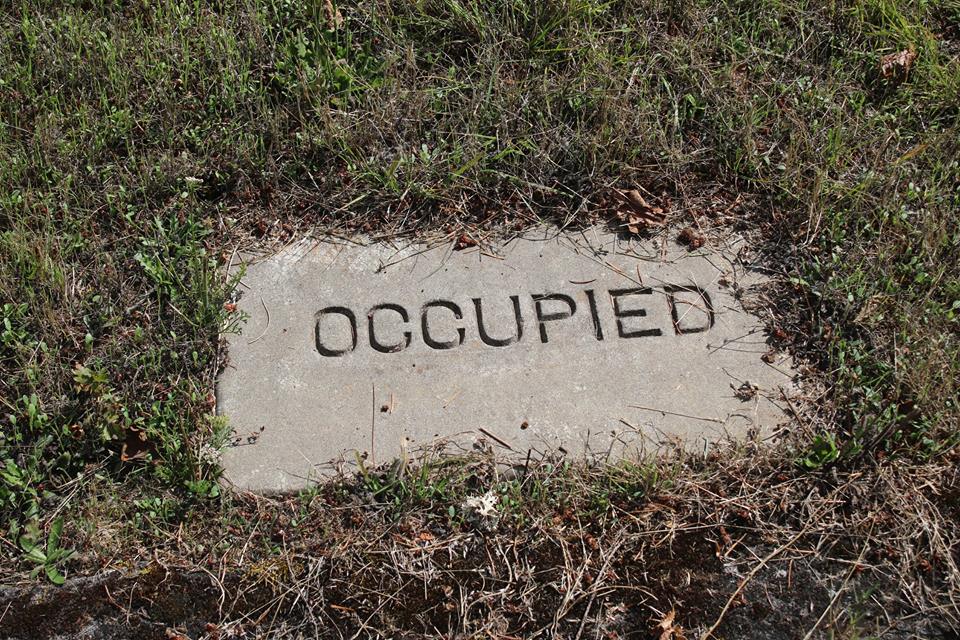 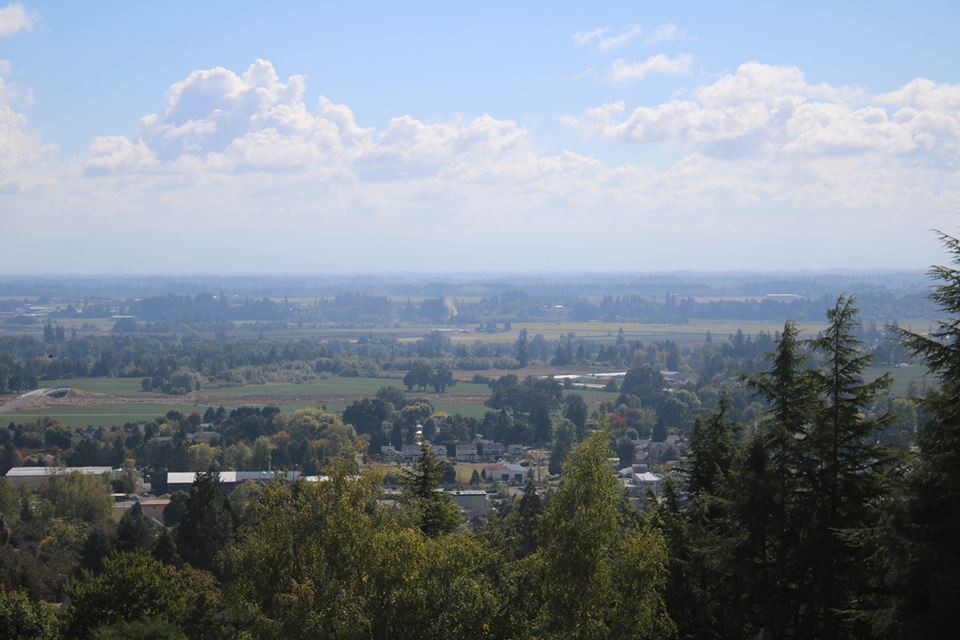 After the hike we stopped at Dobbes Family Estates and I did a quick tasting. I liked their wines (and bought a few bottles) and the tasting room was really cool. They had a very nice outdoor patio. It was lovely just sitting in the sun.

After that we headed back home to relieve my parents. Logan was so cute! He woke up from his nap when we got home and he was GLUED to me for a long time. I think he missed us! We missed him for sure but it was also a really nice weekend to chill and not have any responsibilities. And sleeping in was fantastic. 😉