Last night Michael and I went out to dinner at Wild Abandon. It’s on SE Belmont. I had a Groupon coupon for the restaurant, which was a great deal. It was kind of a funky little hole in the wall–and very crowded when we arrived. Thankfully I had reservations. The waiter brought us some fresh bread and hummus.

It wasn’t the best hummus I’ve ever had, but the bread was good (and we were famished). I ordered the Top Sirloin Steak with mashed potatoes and steamed veggies. It was really great! The veggies were delicious and hadn’t been drenched in butter. In fact, I don’t think the cook used any butter to cook them. I wish the pictures had turned out better. It was quite dark in the restaurant.

I enjoyed a glass of Pinot Noir and Michael had a Fat Tire beer.

We headed back downtown to go to KOOZA! I’d never been to Cirque du Soleil. I actually didn’t really know much about it or what to expect. It was pouring rain all night too. 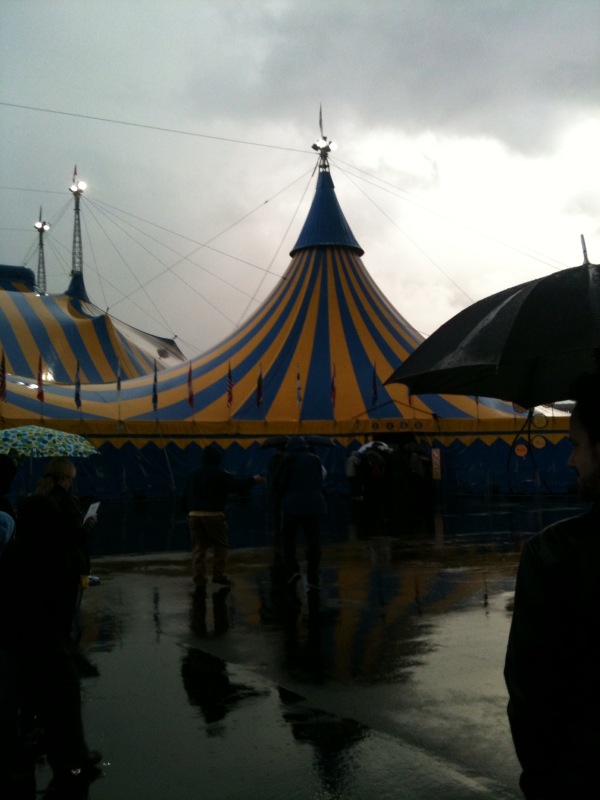 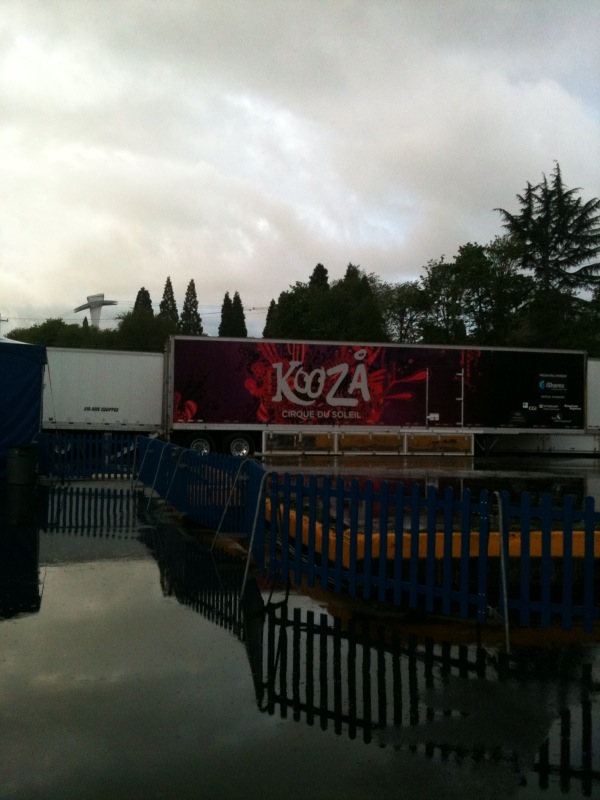 The show was great! I didn’t get any pictures until the end of the show because the ushers were quite insistent NO CAMERAS! The show was really fun. I had a great time. The tight wire acts were breathtaking–and very nerve wracking! I found a few great pictures on Google of my favorite part of the show:

These guys were amazing! That was by far the best part. 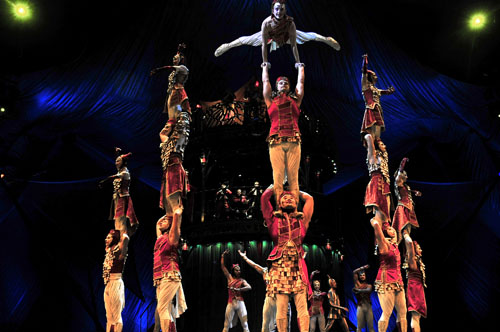 This was the only picture I could really get inside the tent: 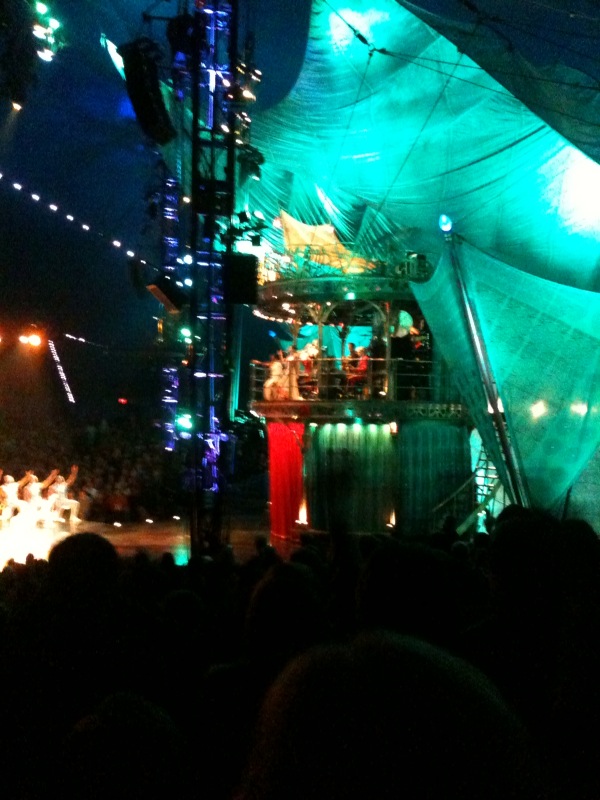 We didn’t get to sleep until almost midnight. I have a 9am training for work. My plan was to get up at my normal time and go to the gym for an hour before I had to go to work. But I was so tired I decided to lay in bed and do nothing instead. 😉