Saturday morning I went to the Warrior Room for the Kettlebell Conditioning class. This class focuses more on the kettle bell moves and perfecting form. We worked on “complexes” this class. A complex is basically three or four moves put together in a sequence without putting the kettlebells down or resting in between the moves. The complexes are a lot harder because of this–no resting! Power through it!

Here is an example of one of the complexes: With one kettlebell, rack the bell (basically holding the rack position with the kettlebell close to your body) like this: 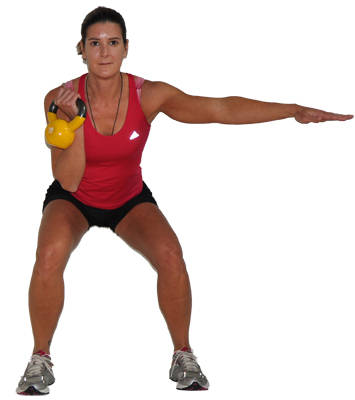 Then we put one leg bag, kneeled down and put the other leg back and kneeled down. Then with one arm out (similar to above photo) press the kettlebell up for 4 reps, then stand back up and with the kettlebell still in the rack position, 4 squats. Then it was a set of lunges followed by 6 one-armed kettlebell swings. (Here is a good video of the alternating single arm swing to give you an example of good form–even though in class we didn’t do alternating swings.) That was one set. Then the same thing on the other side. Doing these complexes always gets my heart pounding and I do find that I fatigued quicker than when we do regular sets. But the complexes are fun to do and clearly are a good workout: 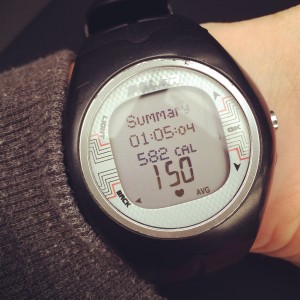 The class also included lots of burpees, mountain climbers and hill sprints. It was a fantastic class and I felt strong throughout the entire class, which was nice!

Later that day I went grocery shopping to get a bunch of veggies and stuff to make this new recipe I wanted to try. I don’t know where I found this recipe–maybe Pinterest? But it sounded so tasty and I love curry.

I substituted kale for the swiss chard. It had been ages since I’d had kale and when I was in the grocery store looking at that glorious green bunch of kale, I decided to just get that instead. Plus I’ve never cooked with swiss chard (or eaten it I think…) and wasn’t really sure if I’d like it. I knew I loved kale. Also, I used boneless, skinless chicken breasts instead of thighs because we didn’t have thighs. I liked the breasts in this recipe better anyway; it was easier to chop into small bite-sized pieces.

The kitchen smelled so good while I was cooking this! It was a little higher in calories than I would have liked but it was a healthy, filling recipe so I tried not to give it too much thought. I used light coconut milk to lighten it up a little bit. Really, the calories come from the chickpeas. 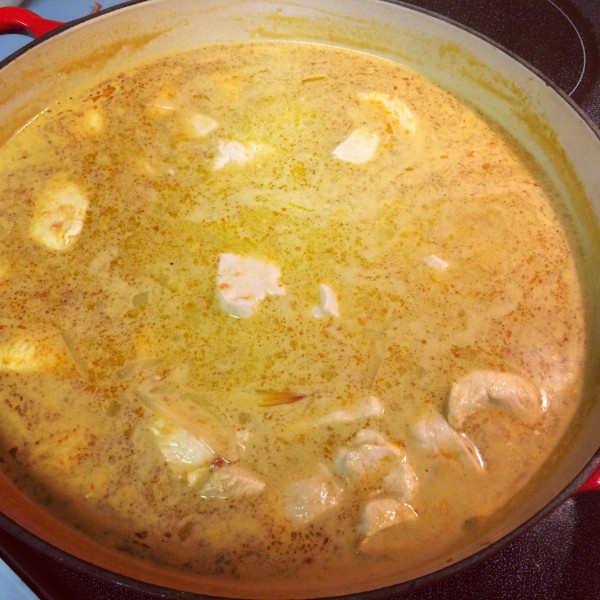 While it was cooking it seemed like there was too much liquid but I still followed the recipe as it said. When I added the kale it soaked up a ton of the liquid! Mystery solved. I let it simmer for another 15 minutes and then it was done. 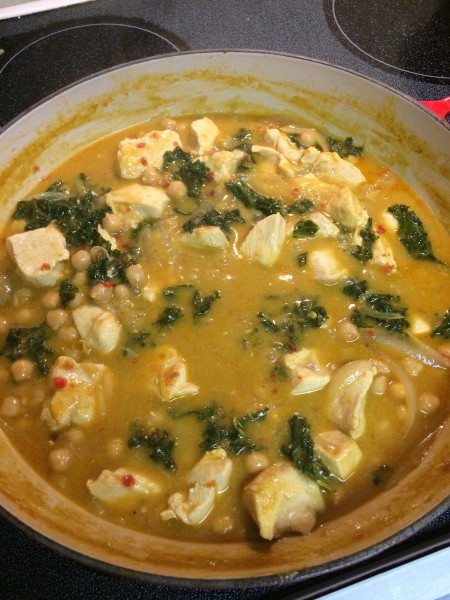 I served it with a piece of sourdough bread. The dish was delicious with one exception. OMIT THE SALT. I have no idea why the recipe called for salt at all. Maybe it was because I used jarred chili paste and green curry that already had salt as one of their ingredients, but it was JUST on the borderline of being too salty. 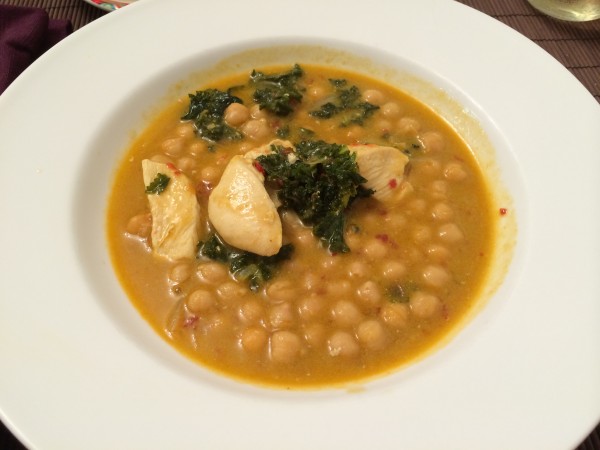 I liked the spice in this and the flavors. I would make this recipe again but would not add any salt. I had a glass of crisp chardonnay to go with dinner, which was a nice balance to the spicy food. I’d also get some naan next time I make this recipe. Anyways, after dinner Michael and played a few rounds of the Sequence game. I love that game! 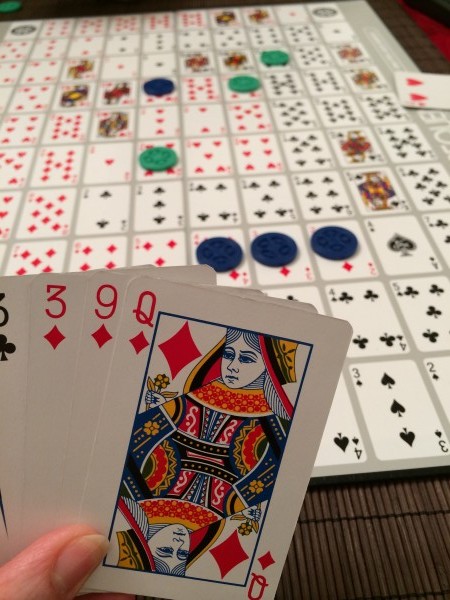 We brought Bella’s bed into the dining room to try and get her to keep us company while we played. She kept going back to the couch instead. I think she likes staring at the Christmas tree lights. She finally came back in and relaxed once Fat Kitty took her bed. 😛 They are too funny. Look, ALMOST cuddling. Almost. 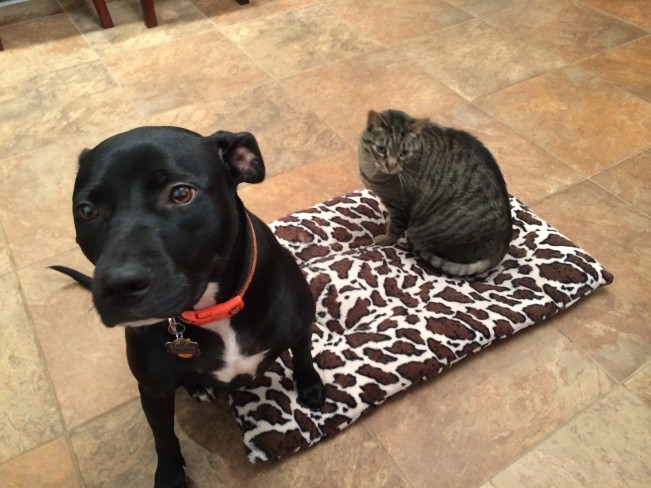 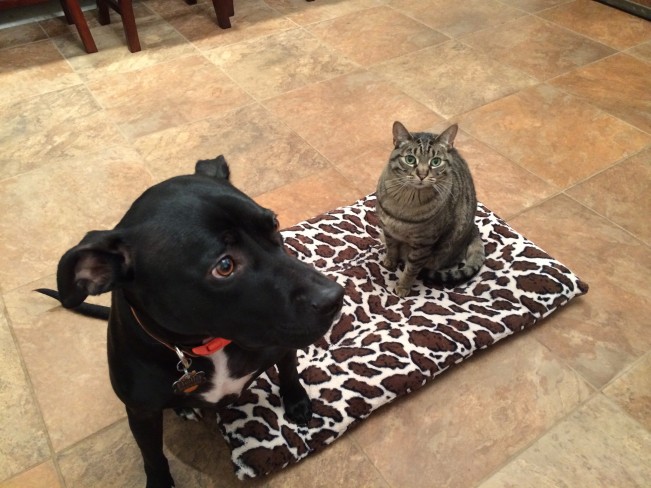 I got a few new board games recently and we’re going to have some friends over soon to play them. I’m excited! I will let you know how the new games are soon.