Saturday morning we packed up after breakfast and drove just under an hour to a hike in Southern Washington — Moulton Falls. I’ve seen photos of this hike for awhile and it was on my list but with a baby/toddler we didn’t really want to drive too far to go for a hike. But lately we’ve been able to time it right so that Logan’s nap happens in the car on the way to the hike. It’s worked well so far–not so great this time, though! 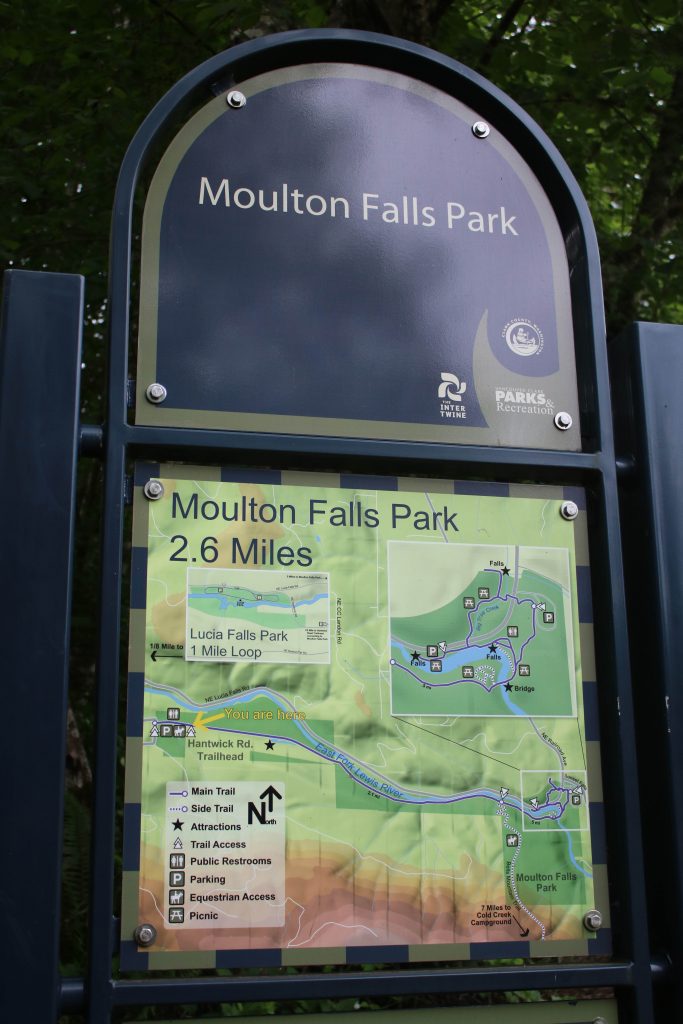 Logan only took about a thirty minute nap this time. Not ideal but better than nothing. We drove through some really pretty countryside once we crossed the river into Washington. It was a rural area with farms and trees and rolling hills, goats and horses. It was kind of an overcast, misty day. 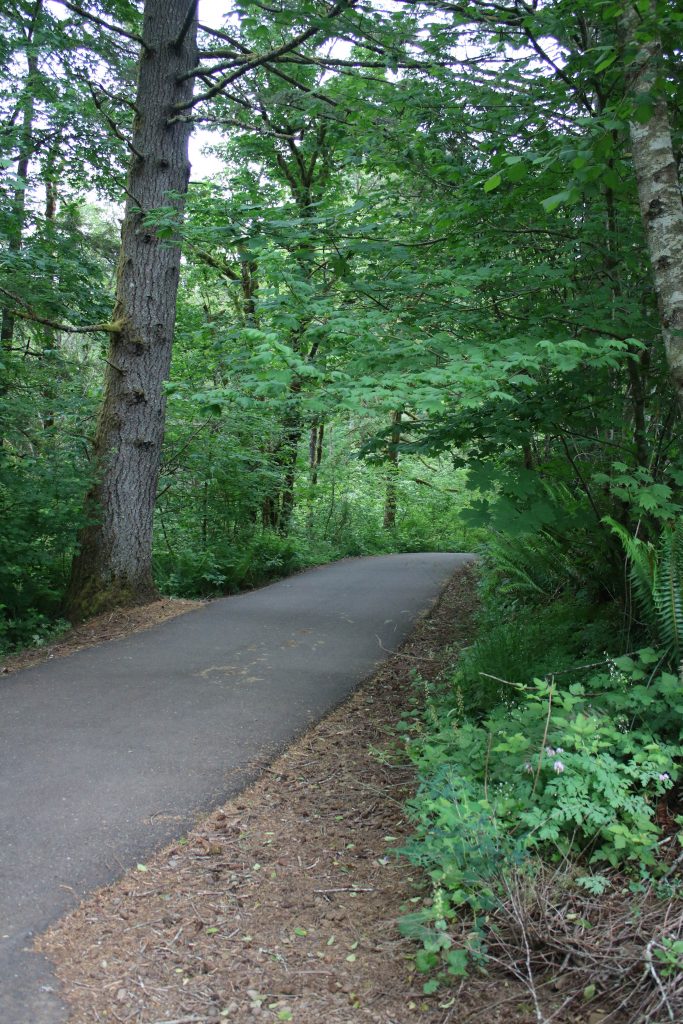 There’s no fee for the hike/park, which is nice. There’s a big parking lot with port-a-potties and the trail is clearly marked. The first mile or so is paved, very flat and wide. 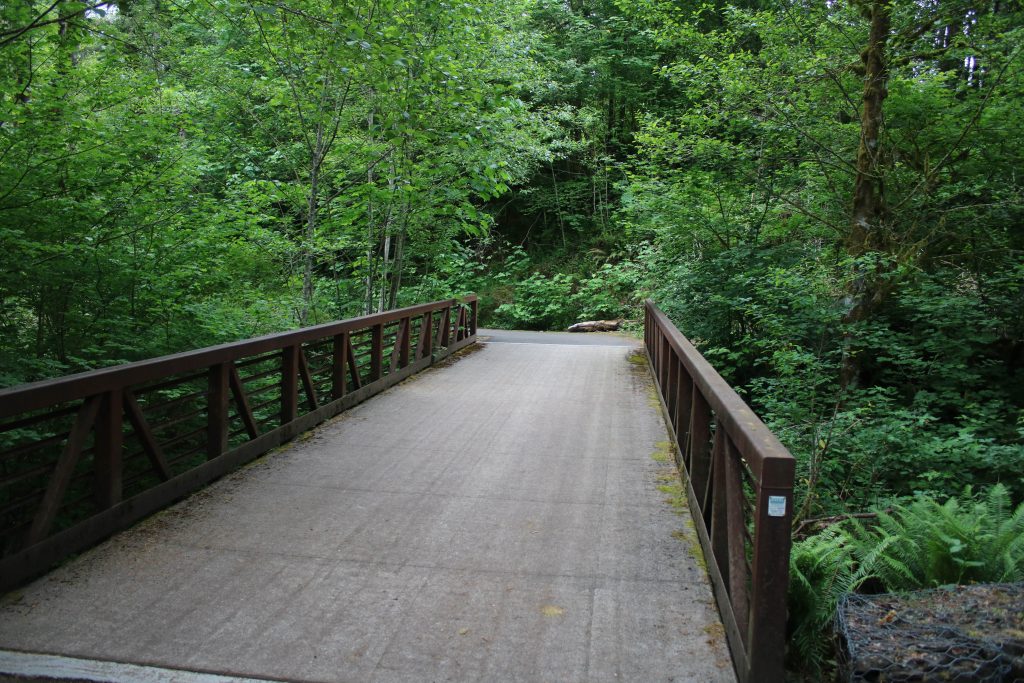 This trail would be ideal for a trail runner. We saw a bunch of runners of all ages, shapes and abilities. It was also a good trail for kids and families. It wasn’t strenuous and it was fairly safe (with a few cliffsides/drop offs in areas). 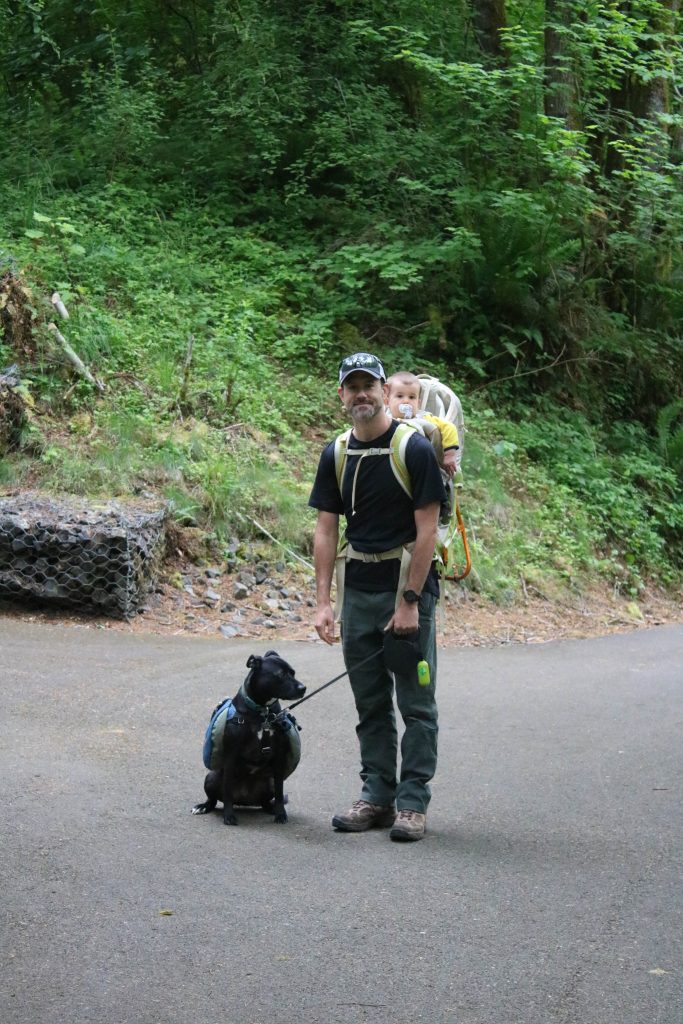 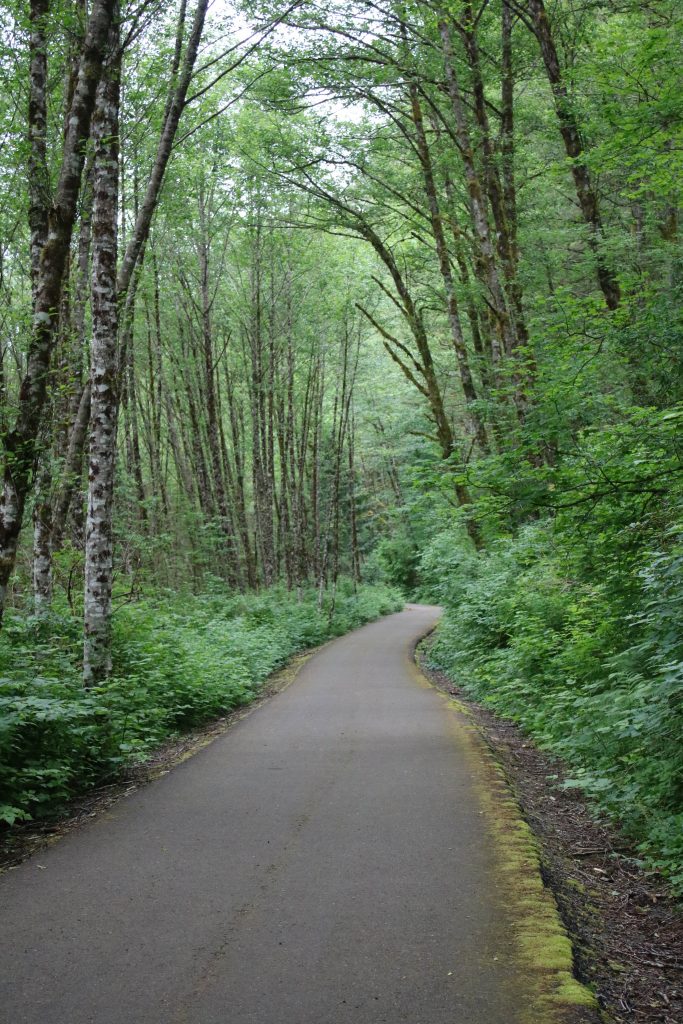 After a little over a mile the pavement ended and it was dirt and gravel. 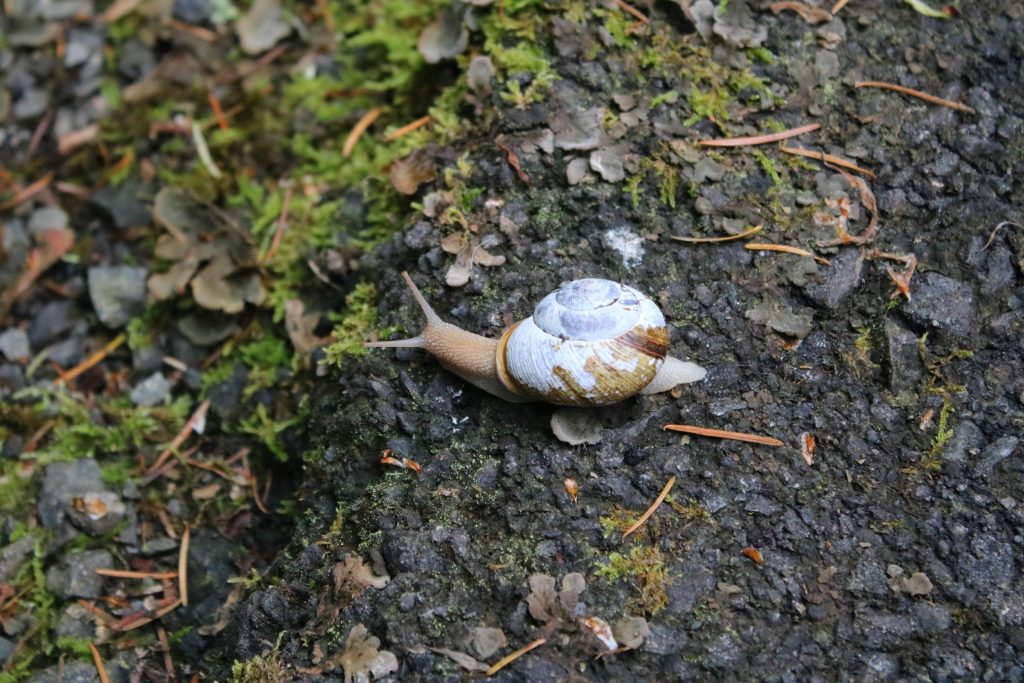 There were train tracks, a little pond, and some tiny waterfalls along the trail. 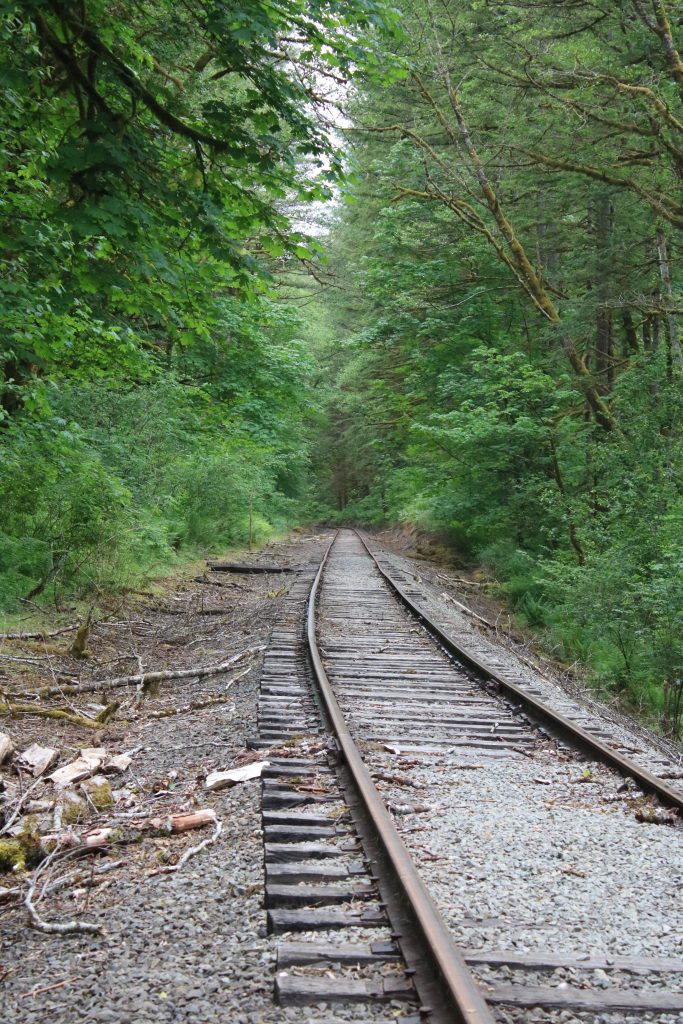 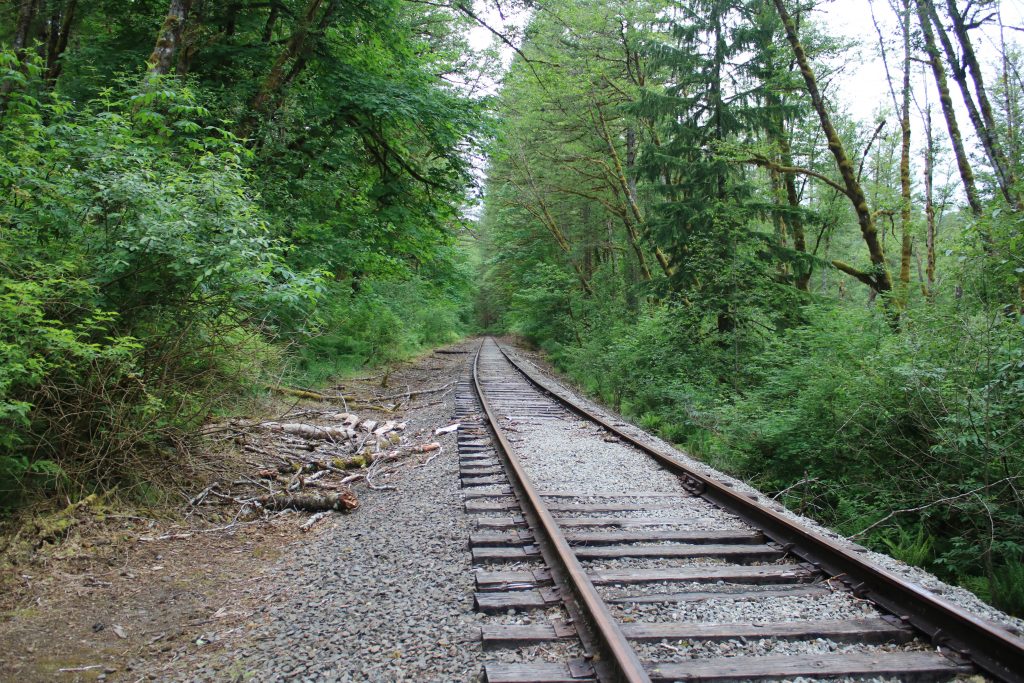 Look at my happy girl! She was so stoked to hike! 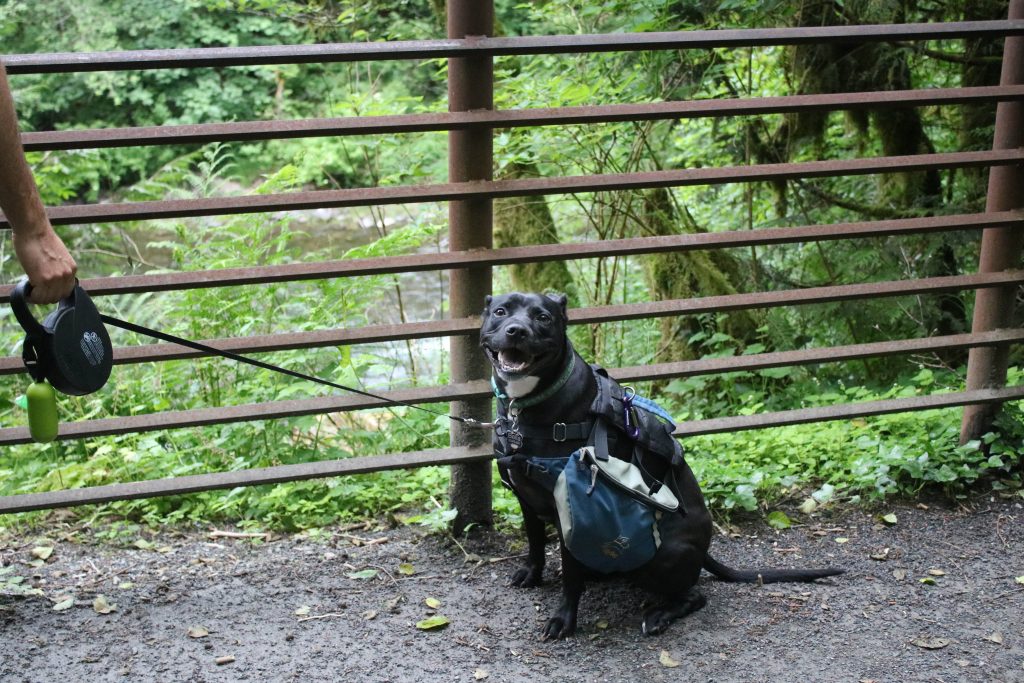 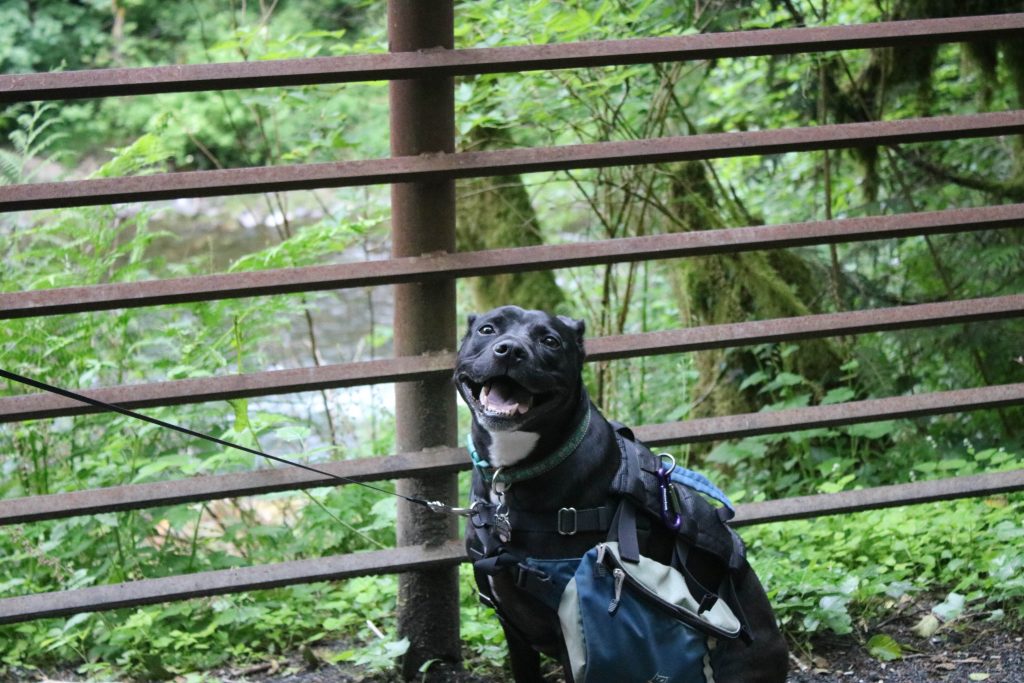 We came to a little fork in the trail with a sign. Apparently there were a ton of other hikes that shot off Moulton Falls trail. I will have to research these for later: 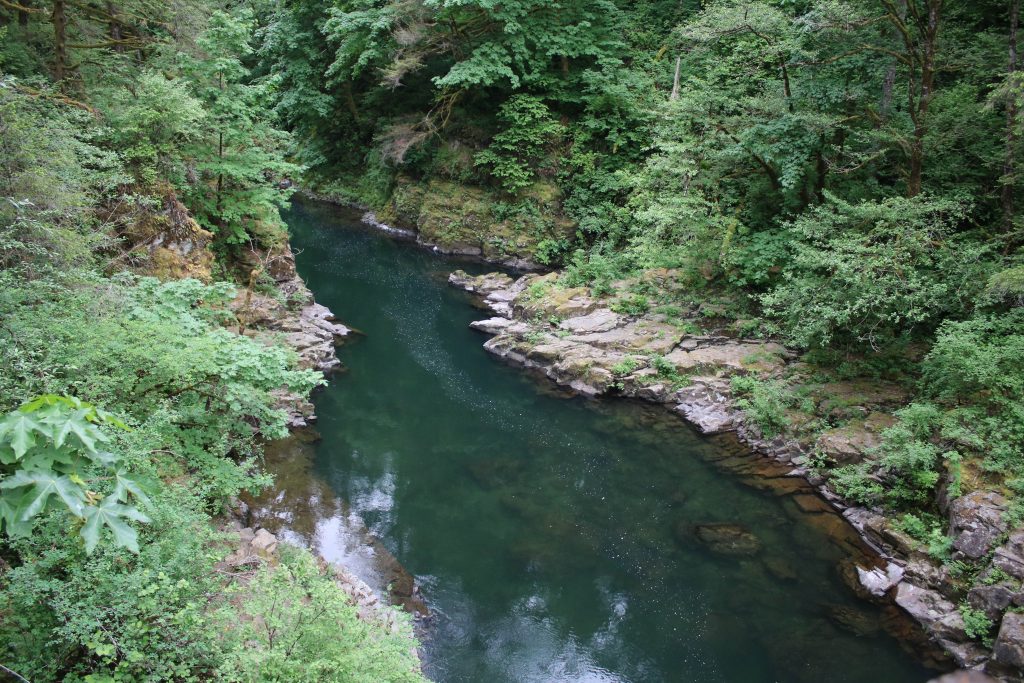 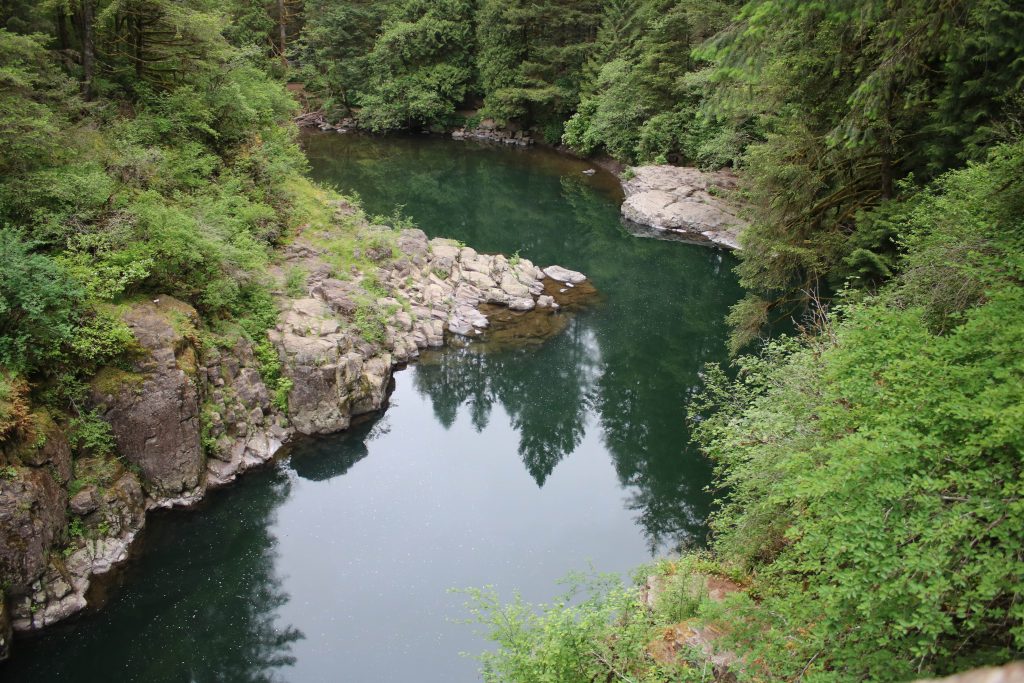 We kept going and then got to the bridge! 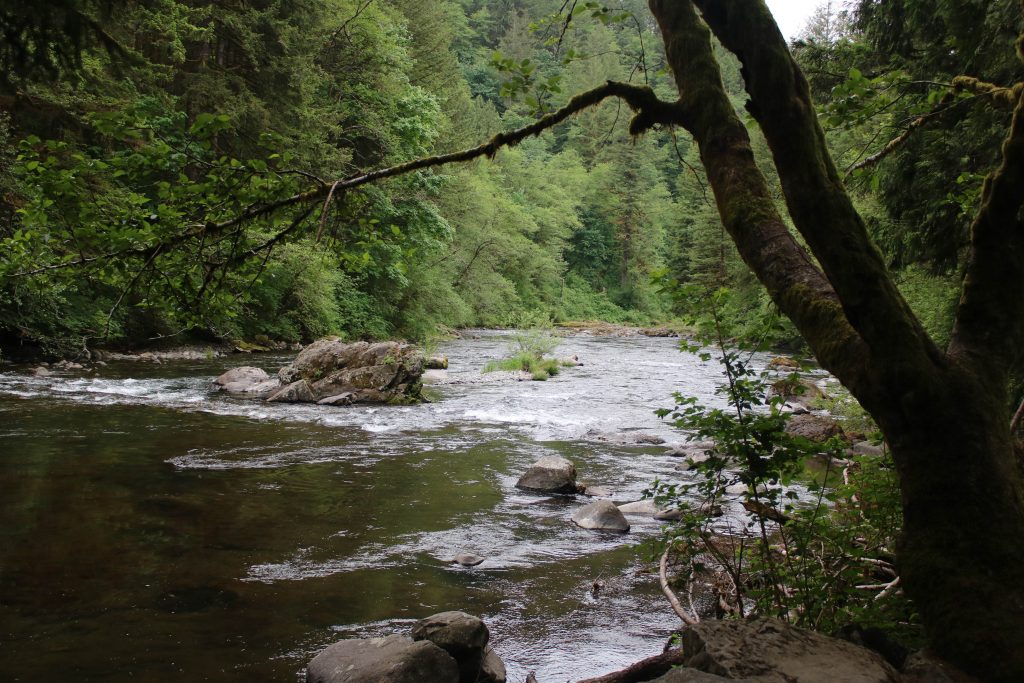 We crossed the bridge and hiked down to the river and it bended around and gave a great view of the bridge from below. 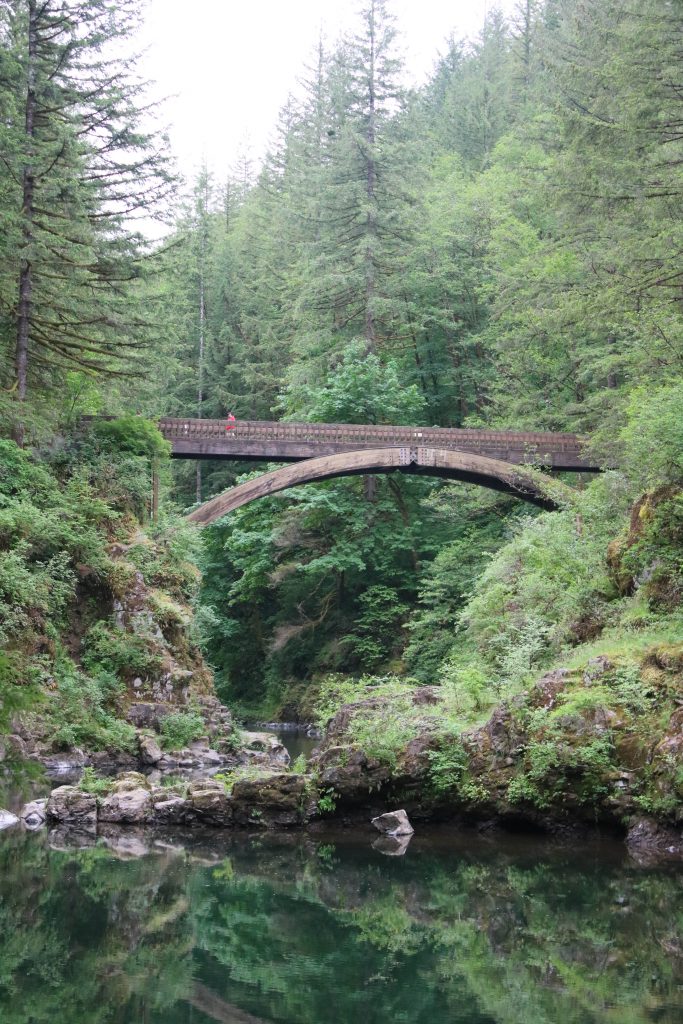 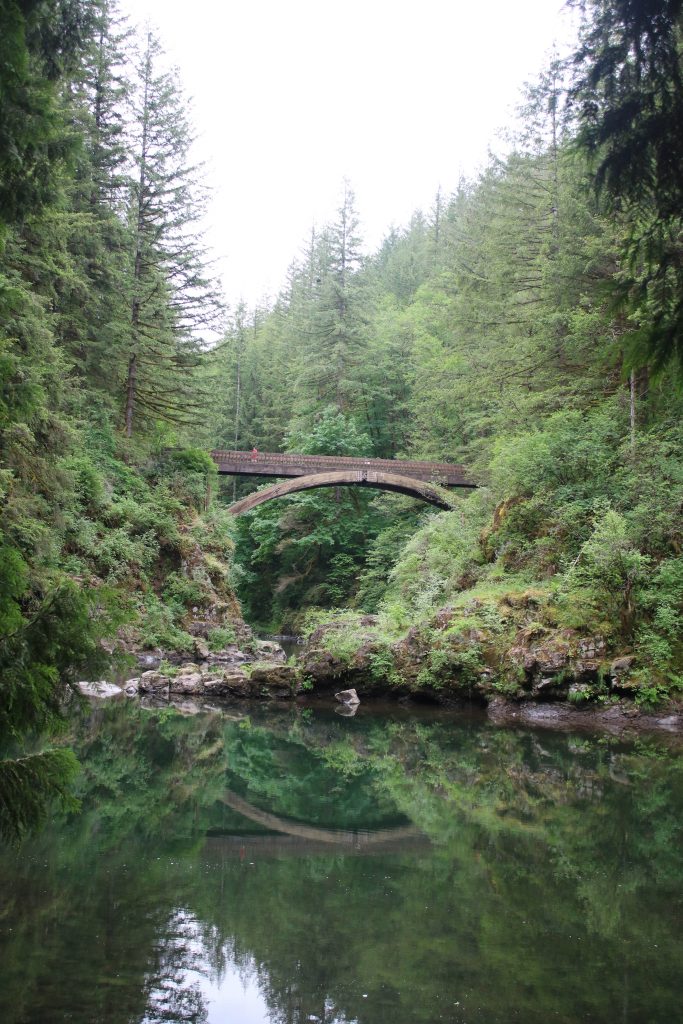 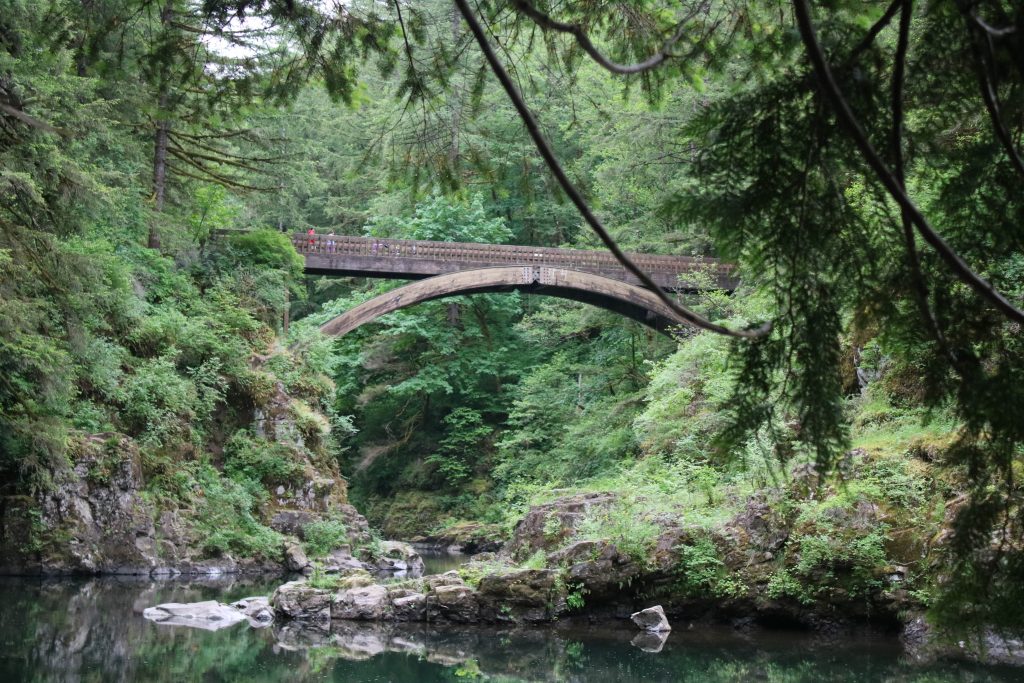 It was so pretty. And peaceful and quiet. The trail wasn’t that crowded. Maybe the clouds scared people away. 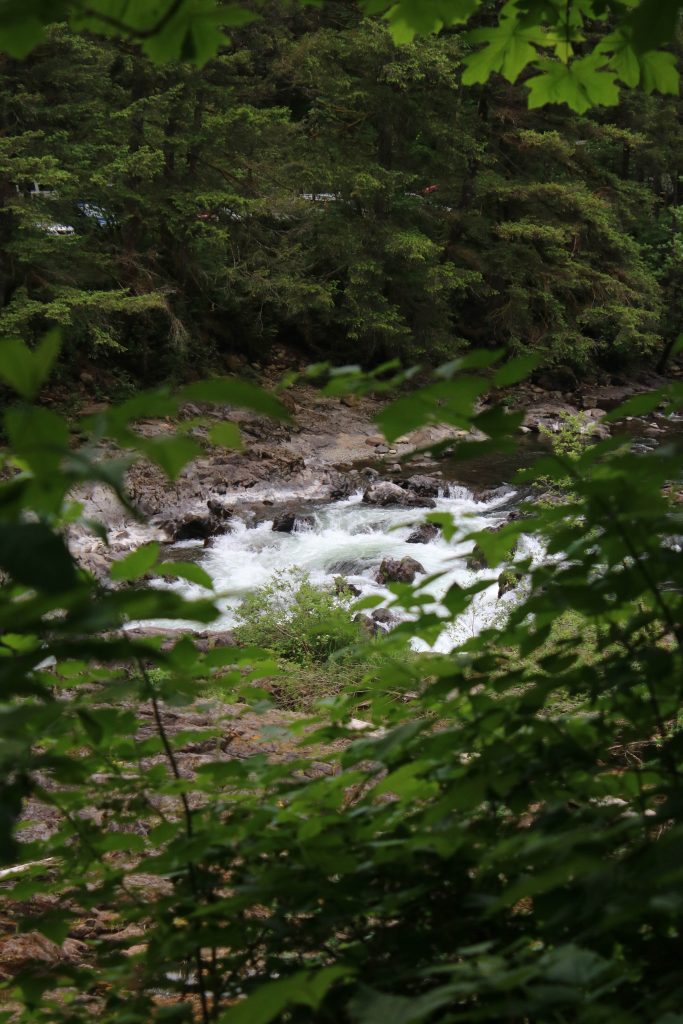 It was getting a bit late so we turned around and headed back. 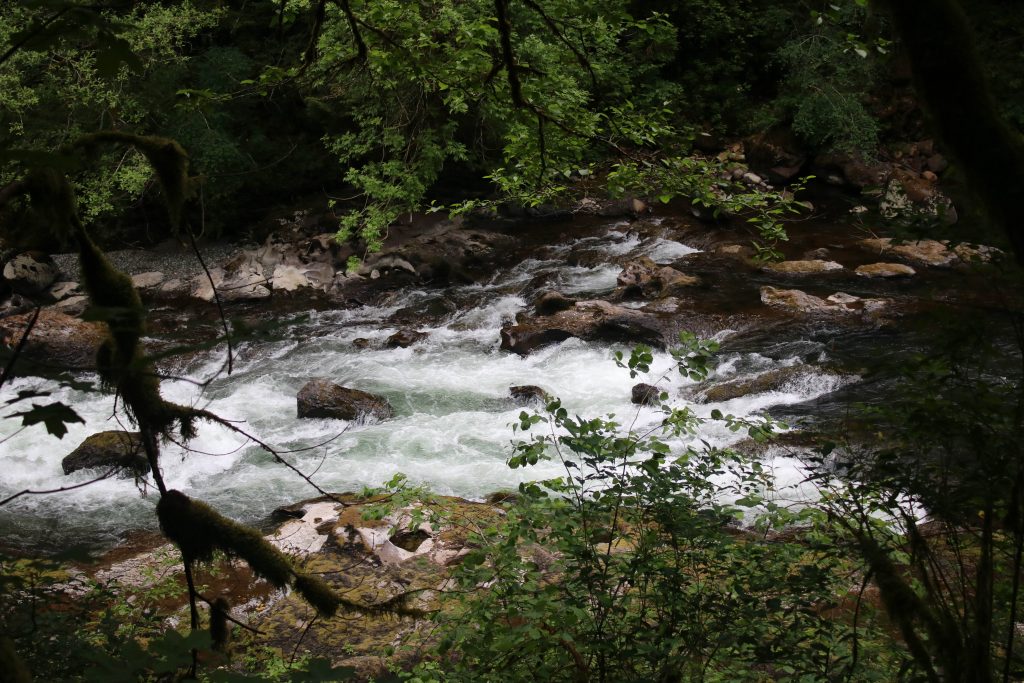 Even though the hike was pretty flat, we both felt exhausted afterwards. It was a long hike–2 hours and just under 6 miles–which is a lot for us at this point and A LOT for Logan. He was pretty done! 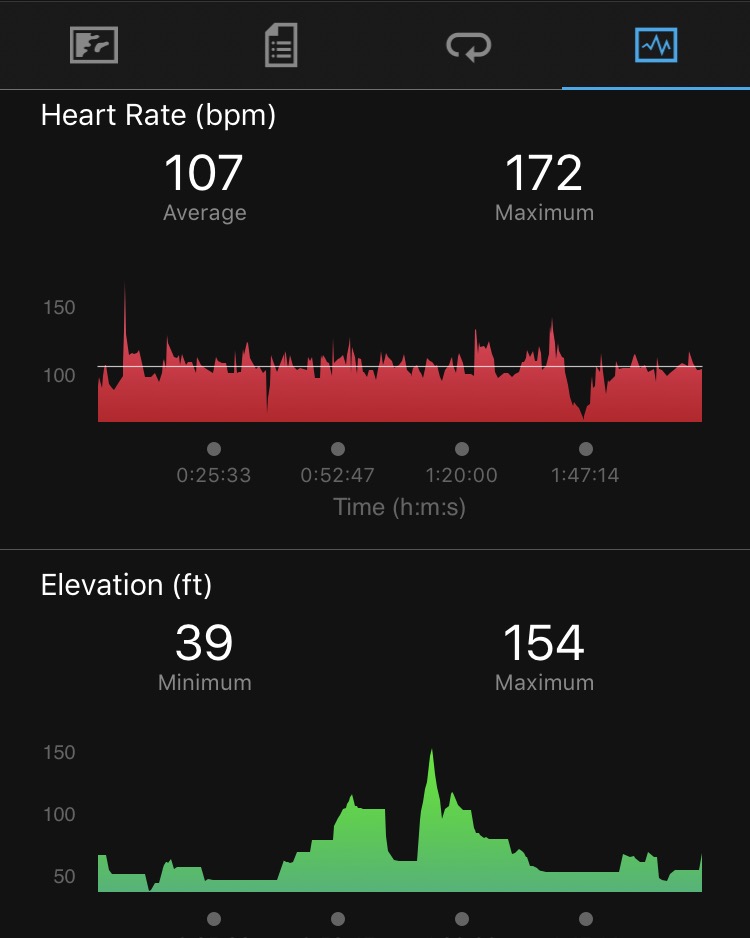 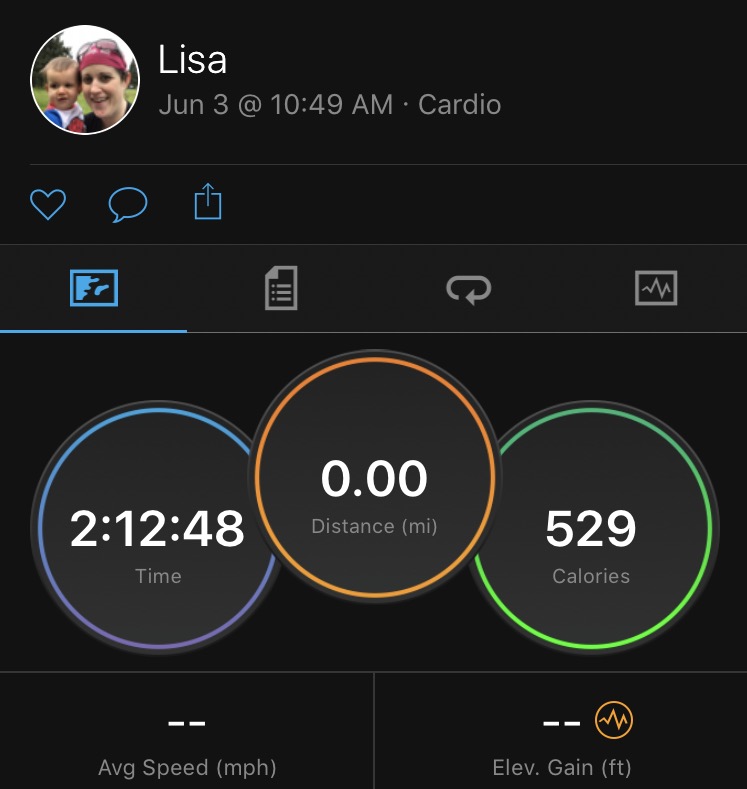 We got back to the car and I fed Logan and then we ate a quick lunch and headed home. We were on a time crunch to get to a birthday party that afternoon. Unfortunately Logan refused to nap on the drive home like we planned! No idea why he’s refusing naps lately!

Let’s Break it Down

Well, We Made that Harder Than it Had to Be…