My New Year’s Eve started with the gym: 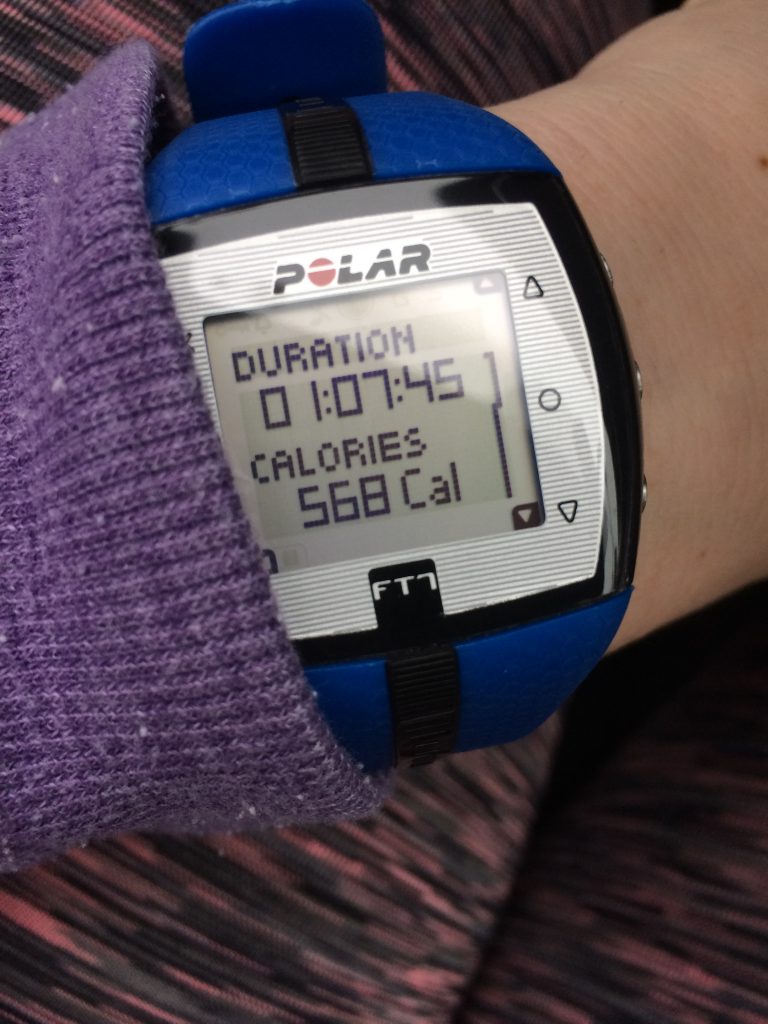 Per usual! Thankfully the gym wasn’t crowded! I did my body weight exercises, free weight routine, weight machines then finished up with the elliptical. I was feeling ok but a little on the run-down side. I don’t know about you, but I am SO ready for summer…!

After the gym Michael’s mom and stepdad came over to babysit Logan while we had a date! I had NO idea what our date was. Michael planned it all and it was a surprise. He just said we had to be ready to go at noon.

First stop: lunch! I had no idea where we were going and was pleasantly surprised when we went to Papa Haydn’s! One of my favorites. It was pretty busy but we got a table right away.

Michael got the Pale Ale on tap and I got this gorgeous looking Bloody Mary: 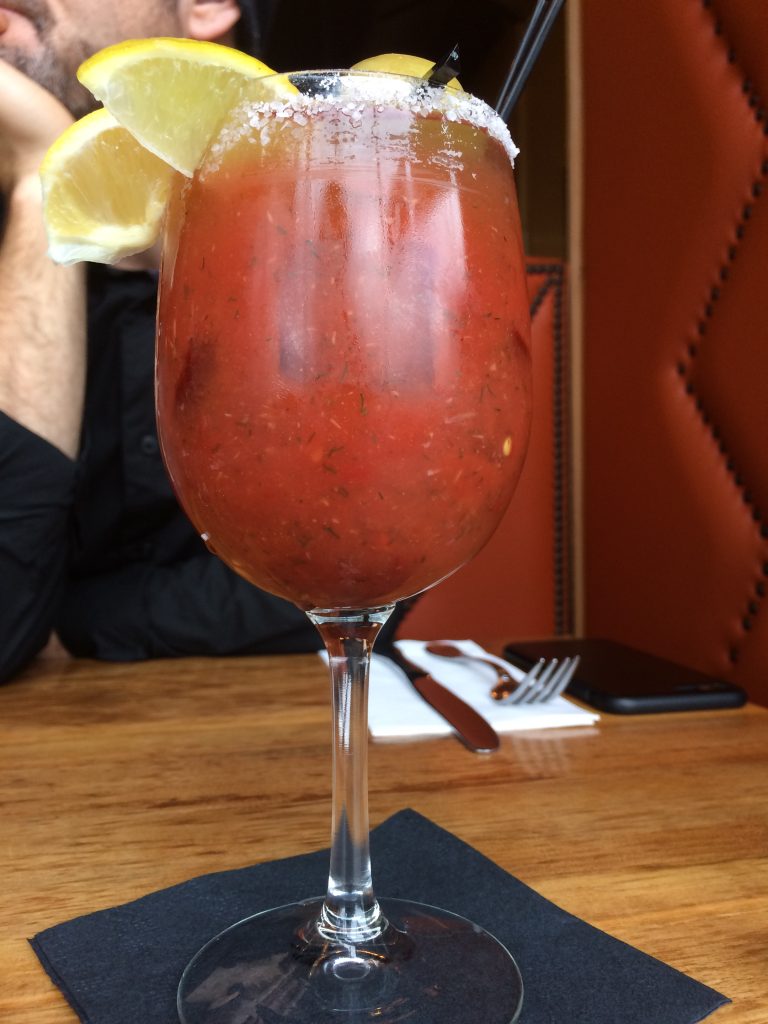 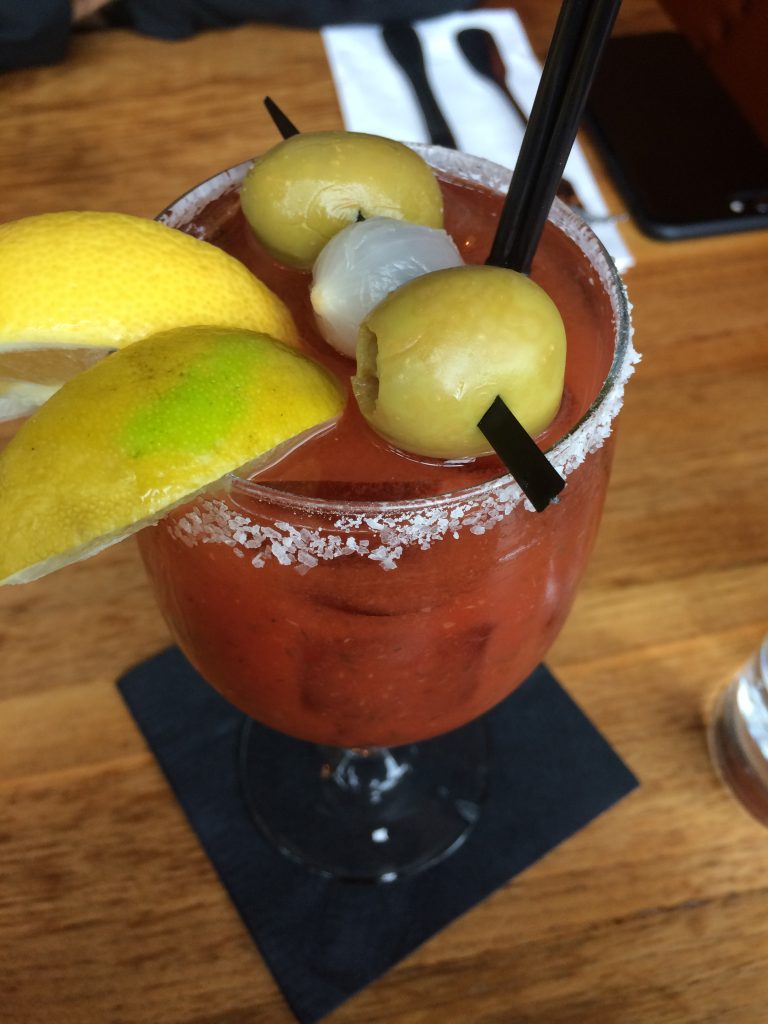 It was spicy! YUM! Lunch was slow, which was perfect! We had time to relax, didn’t feel rushed, could have ADULT CONVERSATION and enjoy each other’s company in a calm, quiet setting…can you tell we were ready for a date “night”? 😉 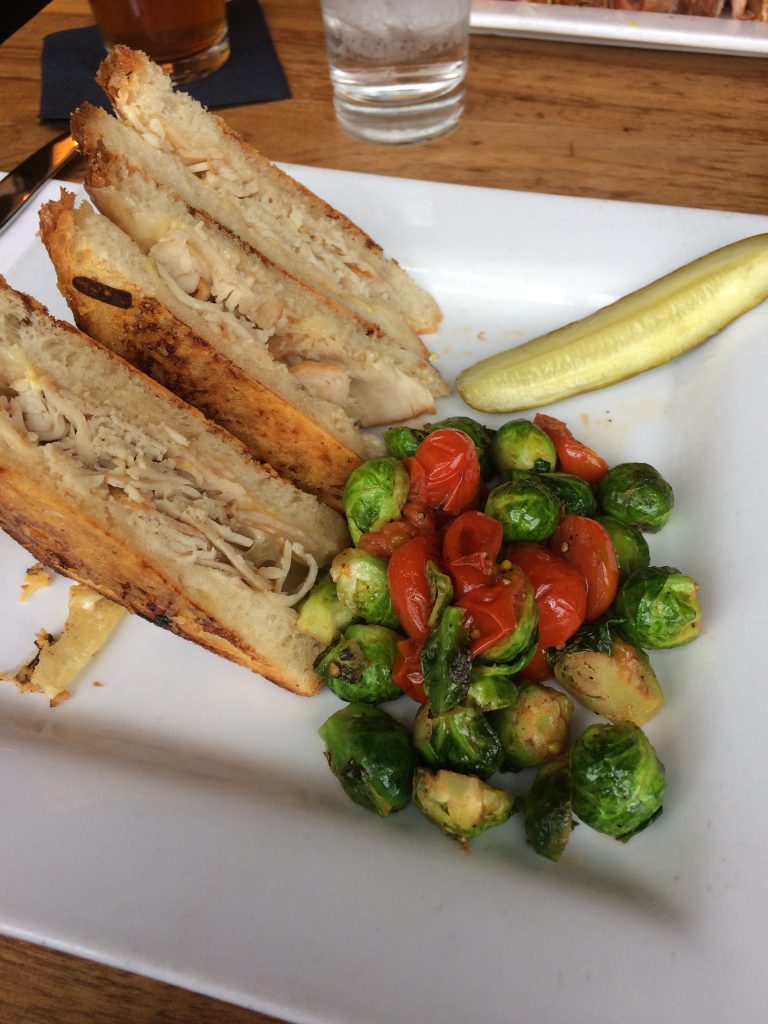 We both got the Croque Monsier except Michael got his with ham and I got the turkey. Instead of fries or a salad I asked for the seasonal vegetable because it turned out to be Brussels Sprouts and I love sprouts! They were really good, too. Of course, the fries at Papa Haydn’s are to die for, so really you can’t lose whatever you order. I’m super happy with my lunch.

We chatted about Vegas and planning a potential trip in 2017. We’ll see if it actually happens. We’ve been away from Logan overnight once and will be away from him overnight in January, but a whole weekend? I don’t know that I am ready for that quite yet. But it was fun to imagine a little vacation getaway. We both agreed that it would be nice to stay at The Venetian.

We hung out and finished our drinks and relaxed and then got dessert to go for later. As we left the restaurant it started to SNOW!!

The next stop was nearby in Sellwood, The Moreland Theater. We’ve never been to that theater and we’ve both been curious, so it was cool to finally check it out. It was built in 1926! It was really old and reminded me of that old fashioned theater we went to in LA. (I wish I could remember the name of it.) 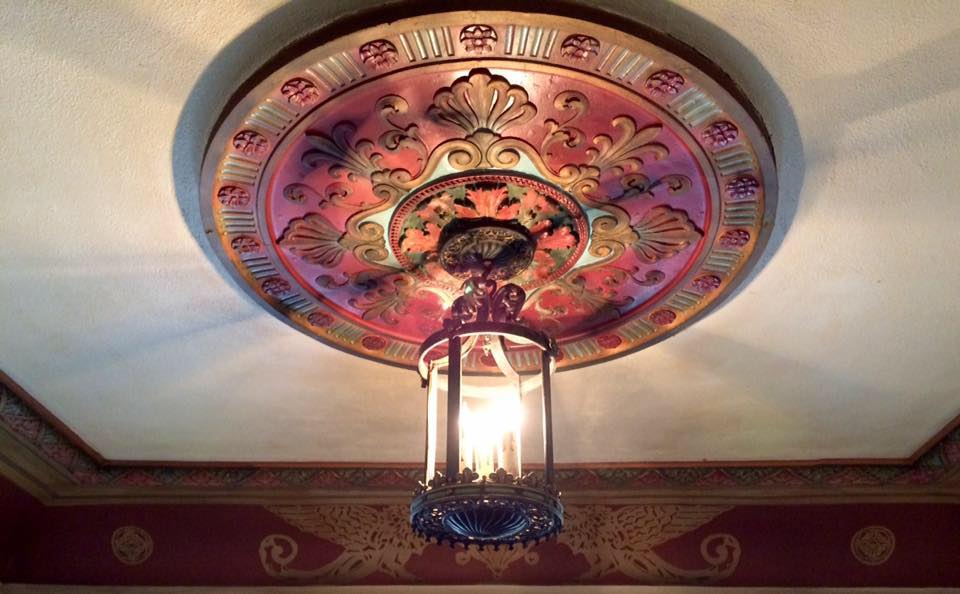 We saw Rogue One. It was okay. I am not a Star Wars fan so it’s kind of lost on me. But I can see how fans would be excited about it. I told Michael that I just can’t get into movies or TV shows that have fake creatures and fake languages…and he countered with Game of Thrones, which I love. So, yeah, I really can’t explain why GOT is ok but Star Wars doesn’t do it for me.

After the movie we had one more surprise stop to make for our date. 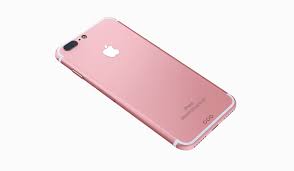 A new phone!! A Christmas tradition we have is giving each other a card and in my card this year he said that I’d get the rest of my present on NYE. YAY! My phone (the iphone 5S) has been buggy for awhile and every other day a message pops up saying I am out of space on my phone–no matter how much I deleted off it! It is so nice to have an upgrade.

We went home and we had originally planned on making Cornish Game Hens for dinner but they weren’t defrosted! Even though we took them out of the freezer two days ago….sooo we put in a frozen lasagna. And opened a bottle of wine that was a gift from Michael’s sister: 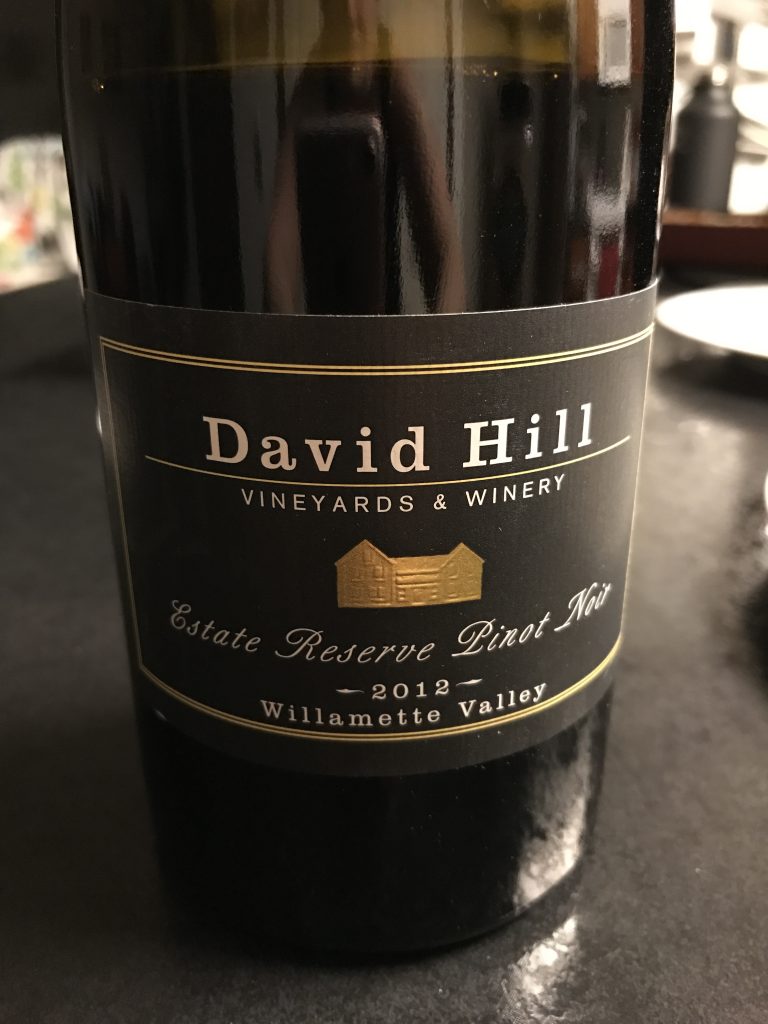 Dessert was the Bourbon Ball we bought at Papa Haydn’s: 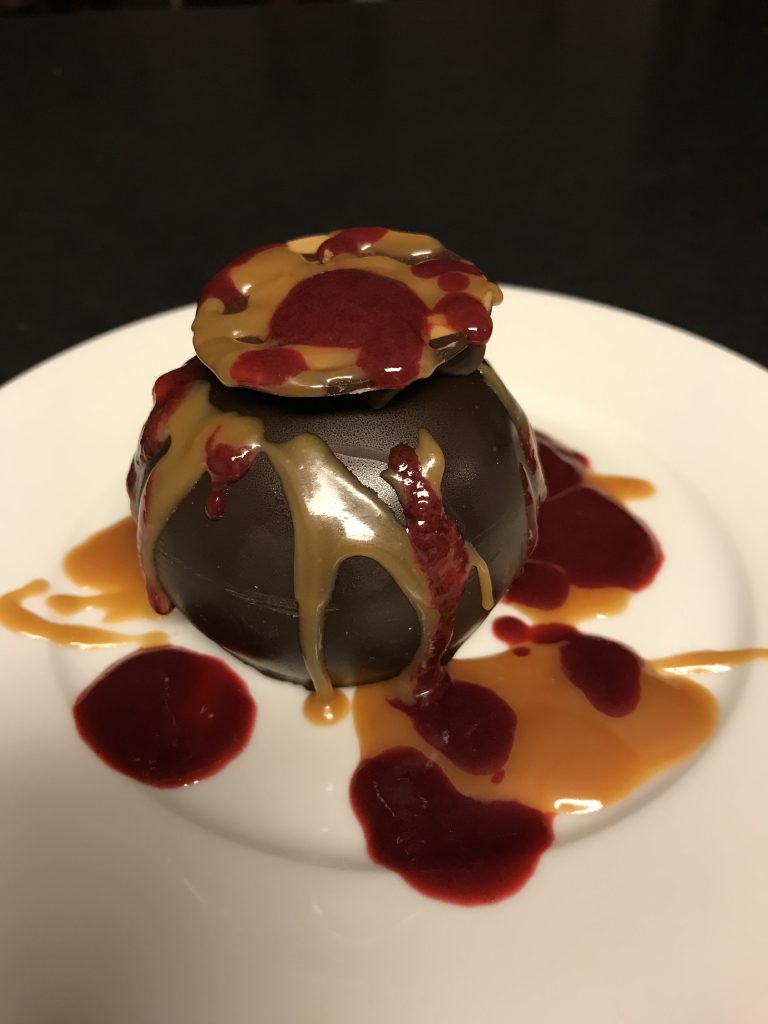 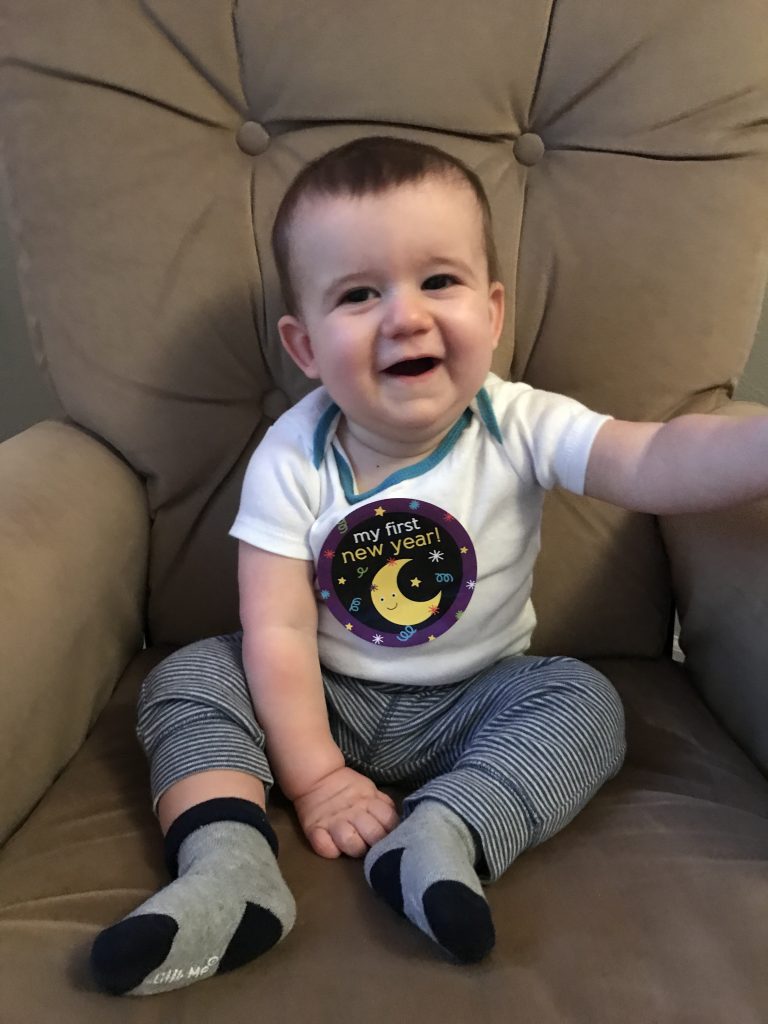 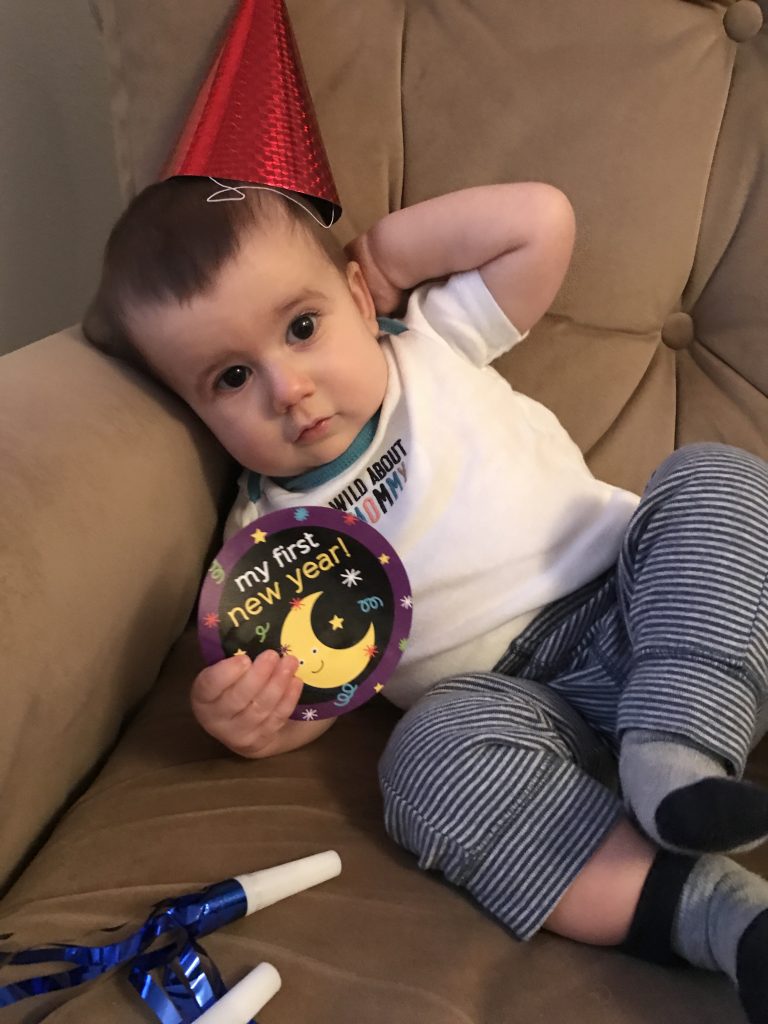 Our tradition for New Year’s Day has always been snowshoeing on Mount Hood. I even did it last year when I was like 30 weeks pregnant (and my snow pants didn’t fit)! But this year we skipped it. Logan is too small right now to take him up there in the snow. Hopefully next year!

I was a little bummed about not snowshoeing. But I went swimming and was pleasantly surprised that the gym and pool was pretty much empty. I guess everyone else was nursing a hangover.

Sunday night we had some friends over for dinner. Michael made his mac n’ cheese:

Turned out great as usual! Our friends brought a delicious salad: spinach, blueberries, pine nuts and a homemade basil vinaigrette. 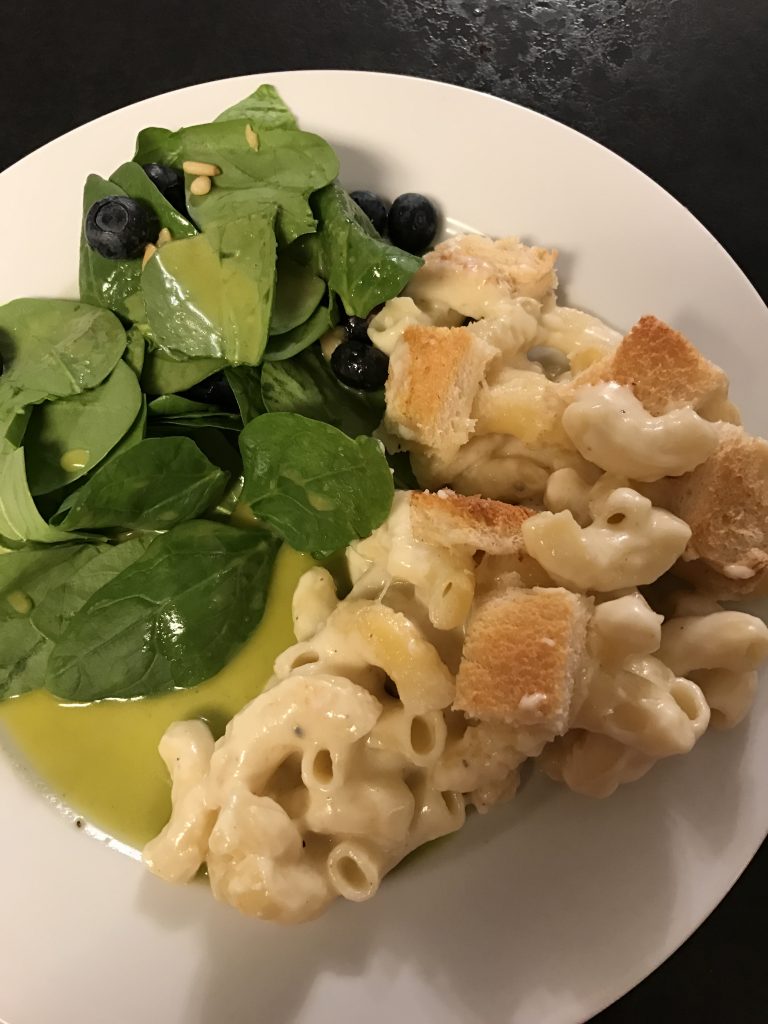 Comfort food + wine + good friends! We played Cards Against Humanity and talked into the evening. It was so good to have some adult time and catch up with friends. Being sick so much lately we’ve kind of been holed-up in our house.

It was a good New Year’s! 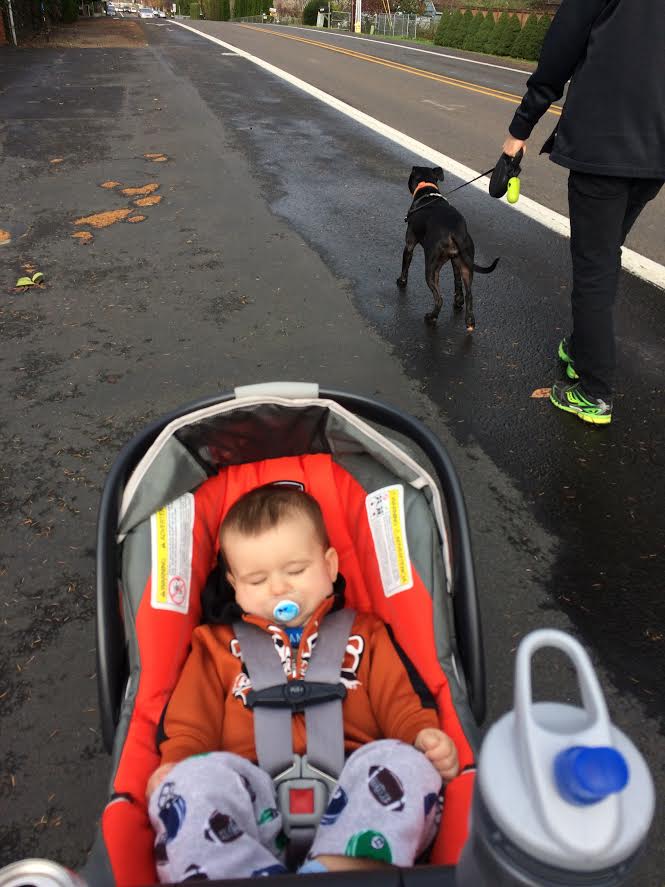 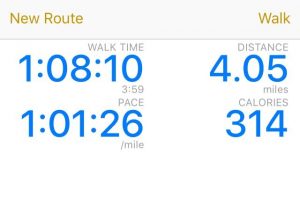 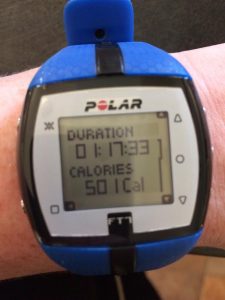 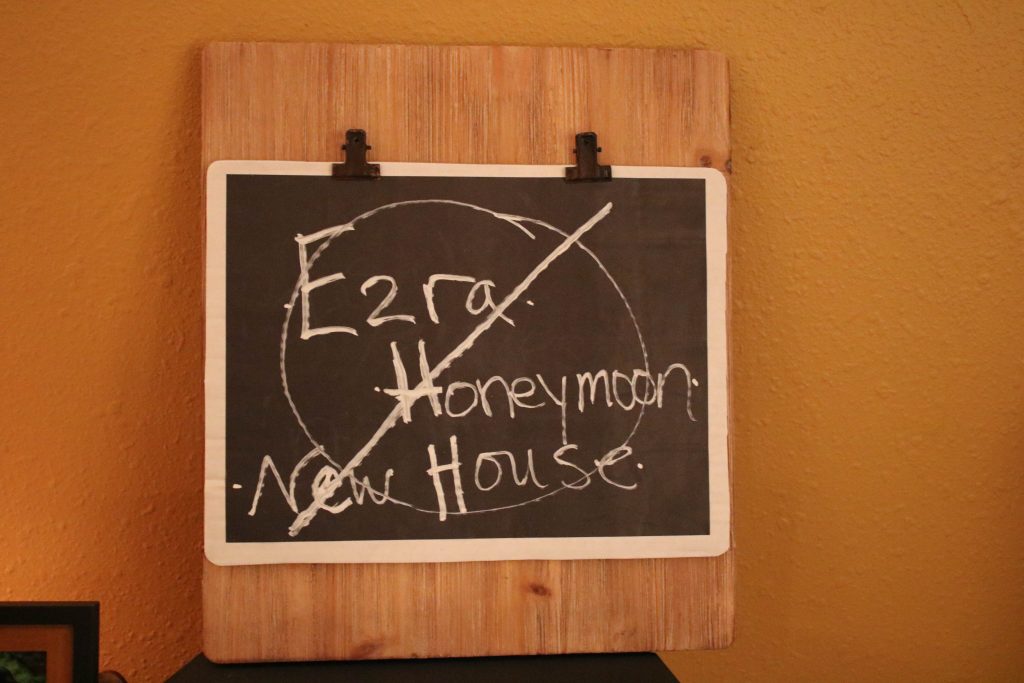 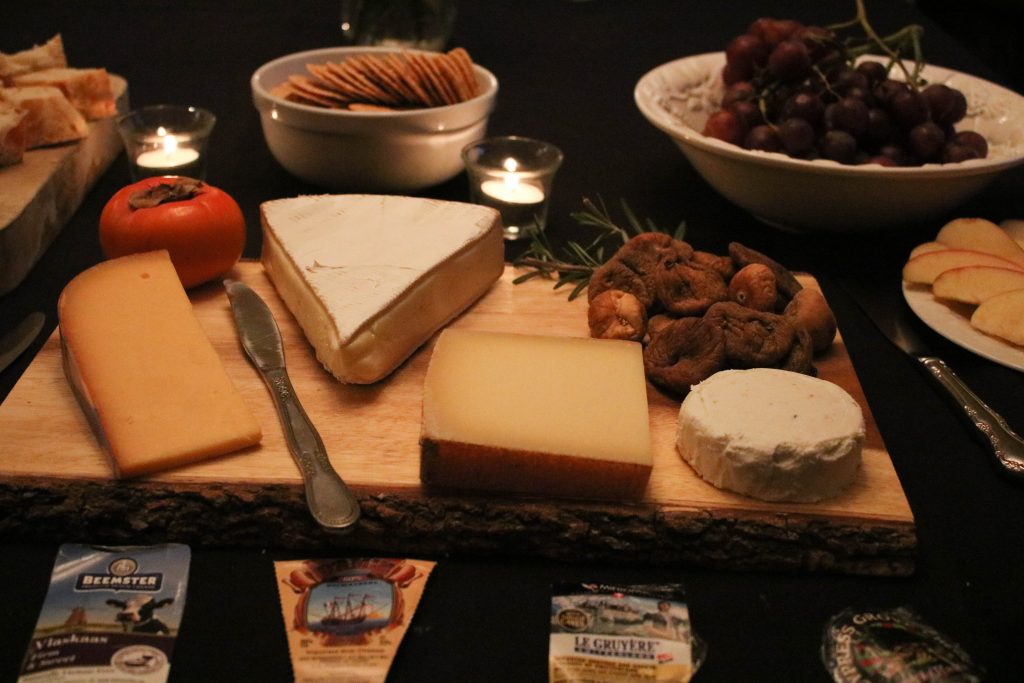 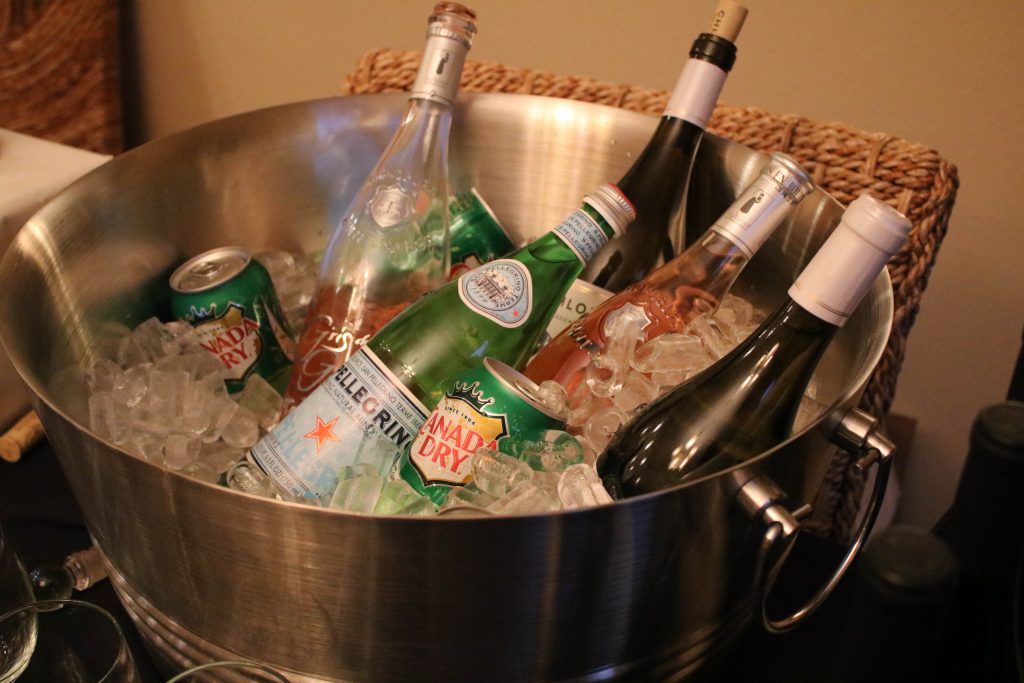 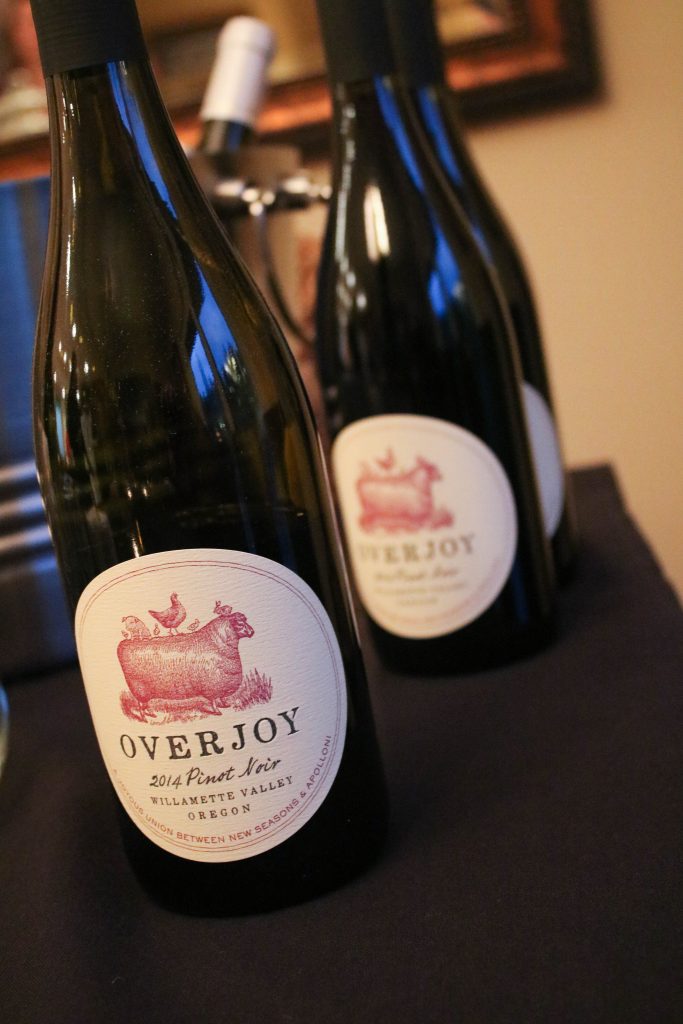 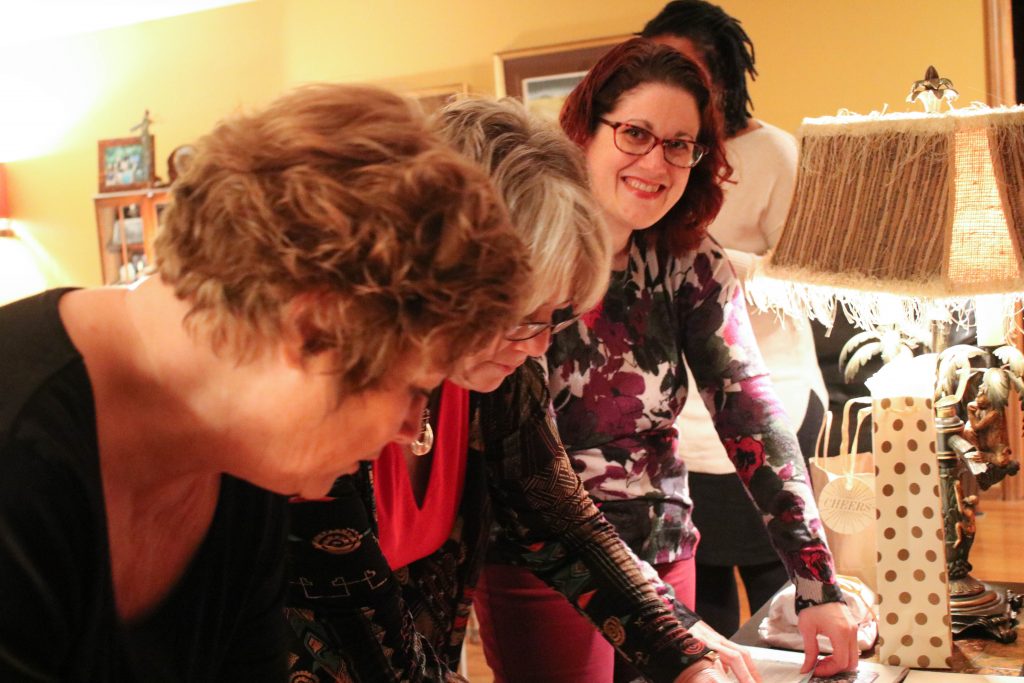 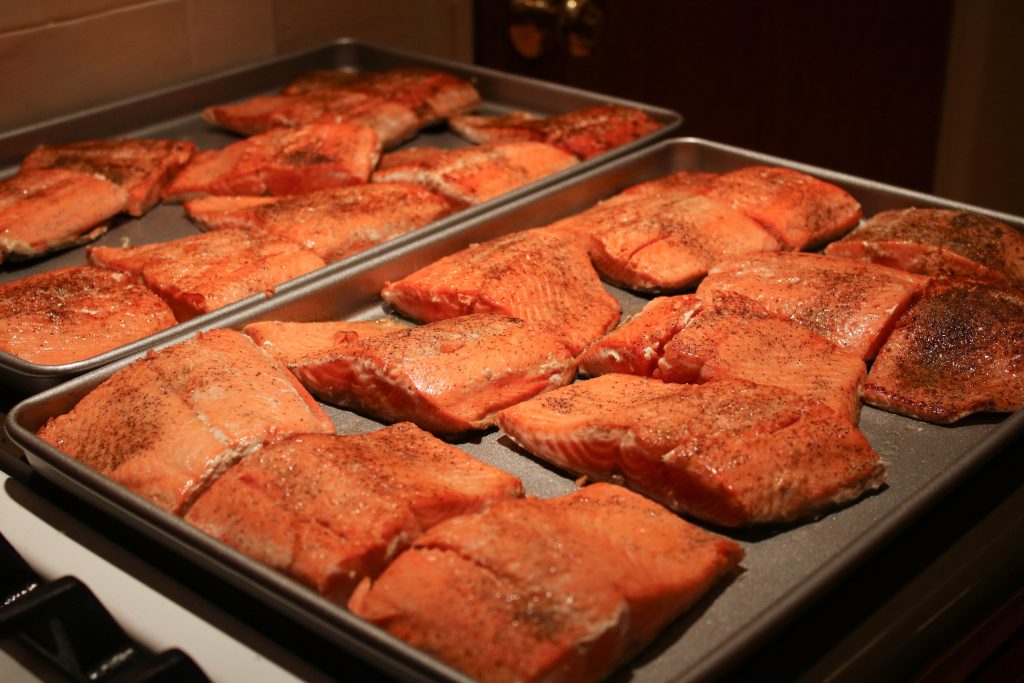 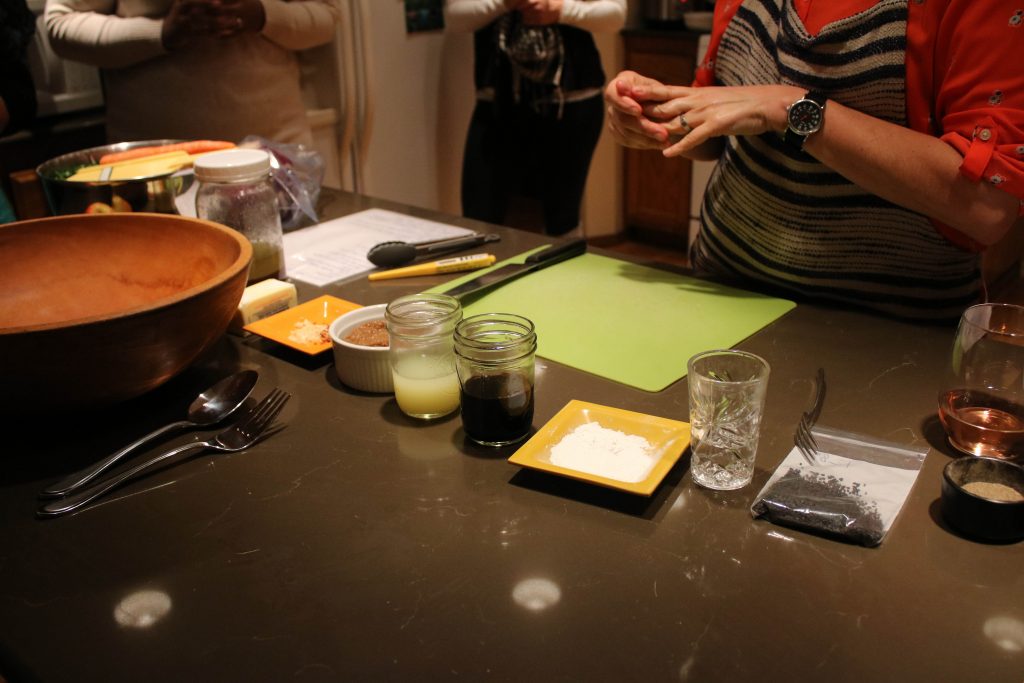 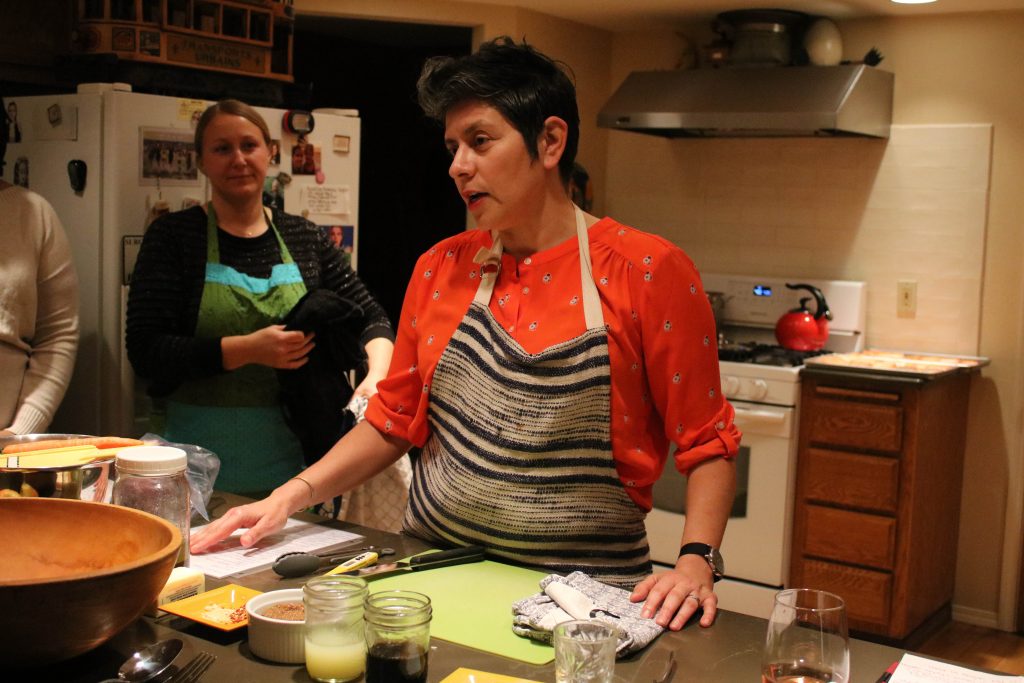 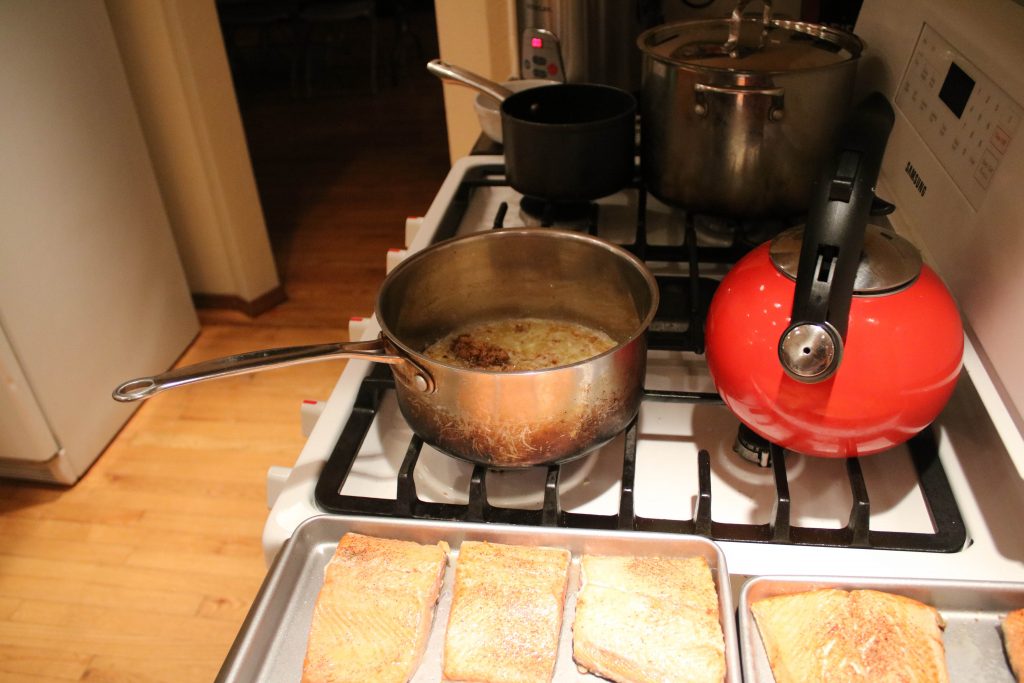 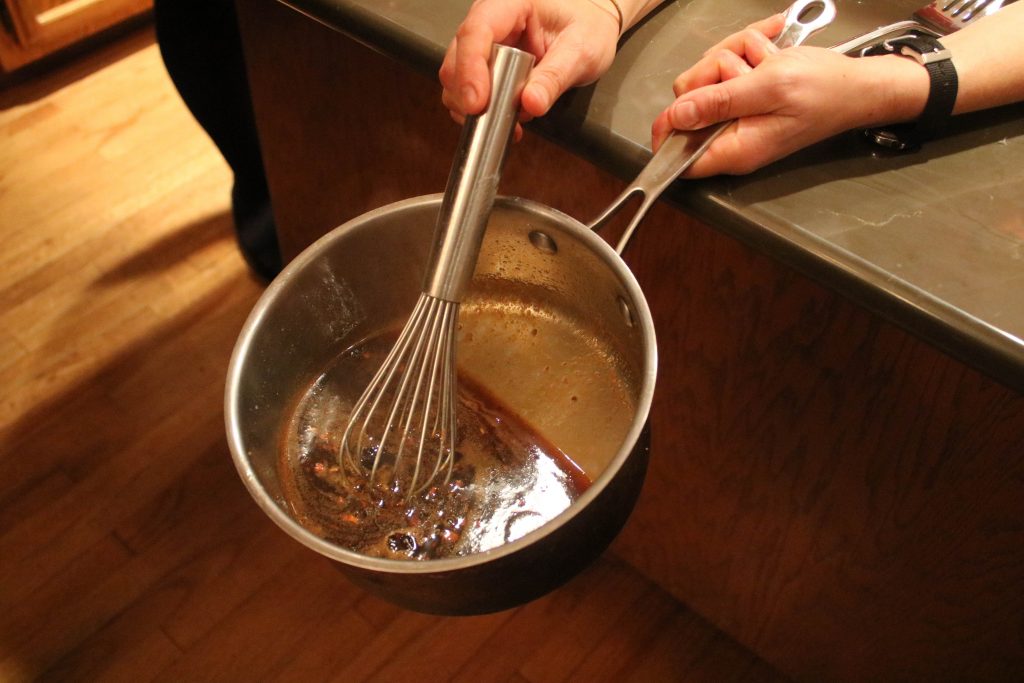 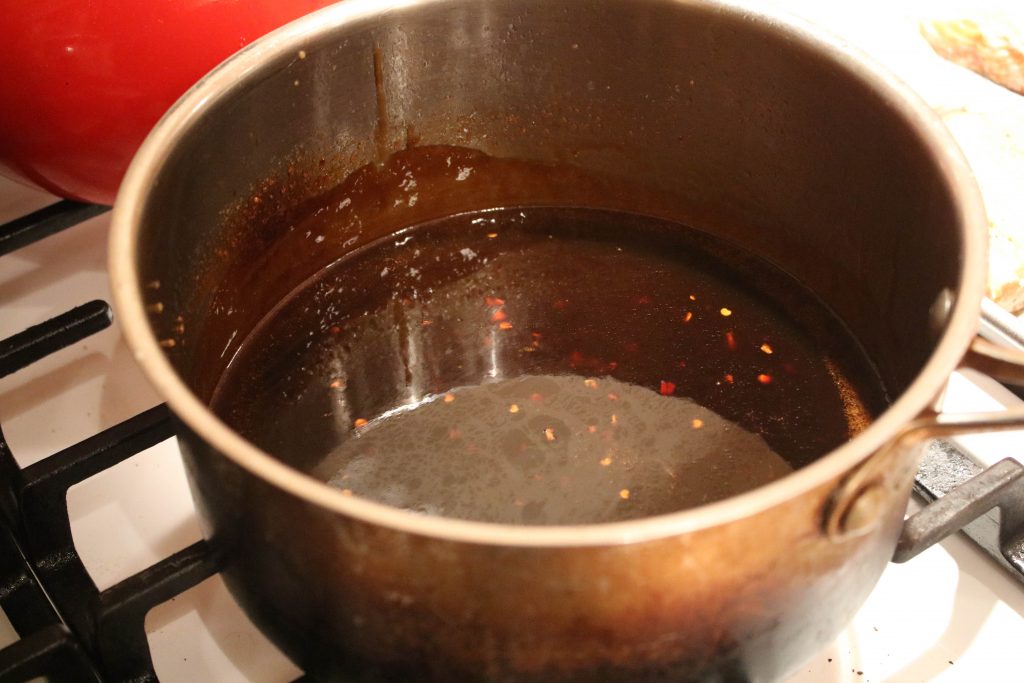 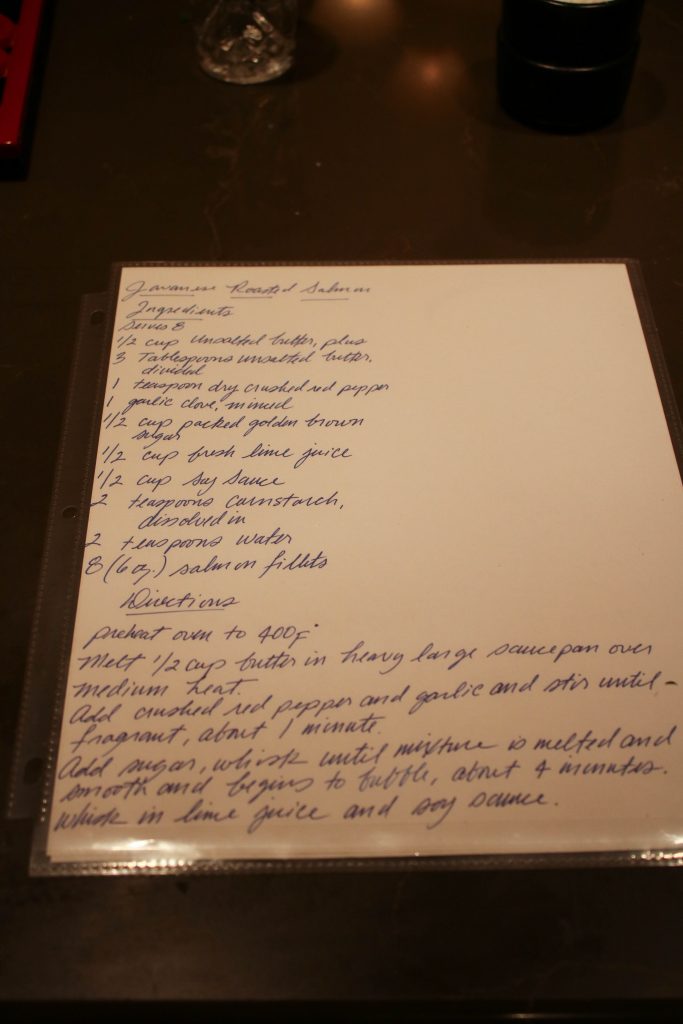 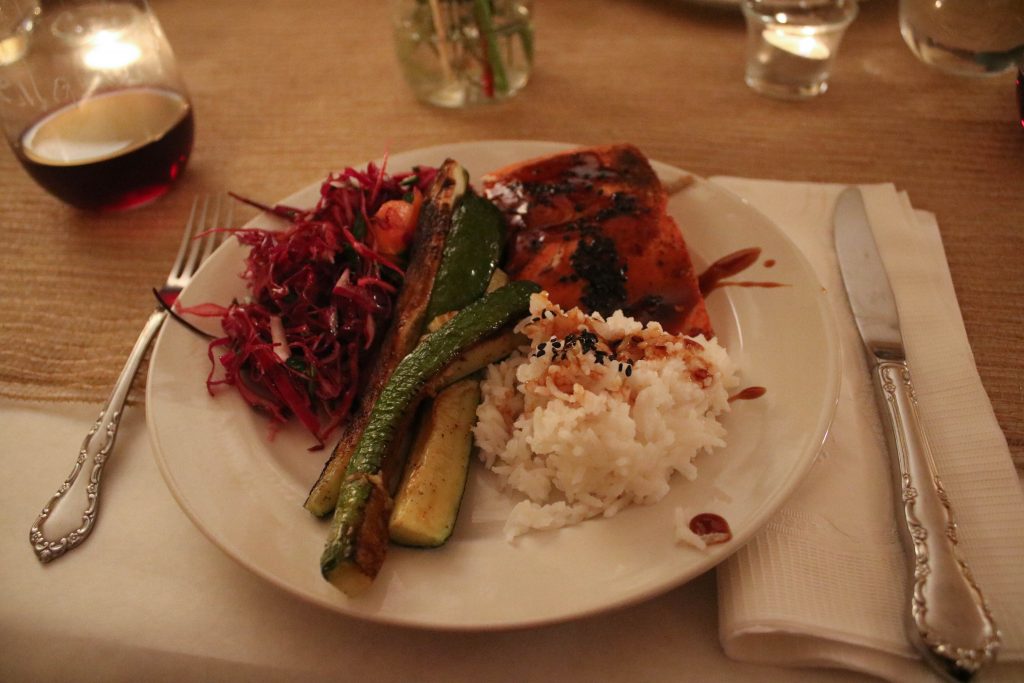 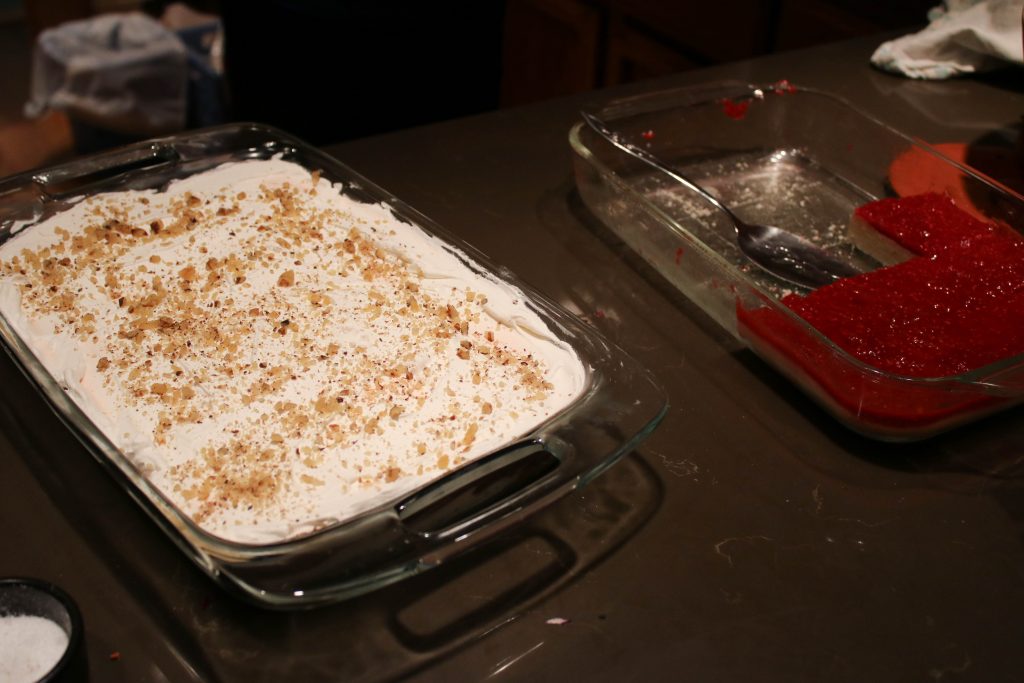 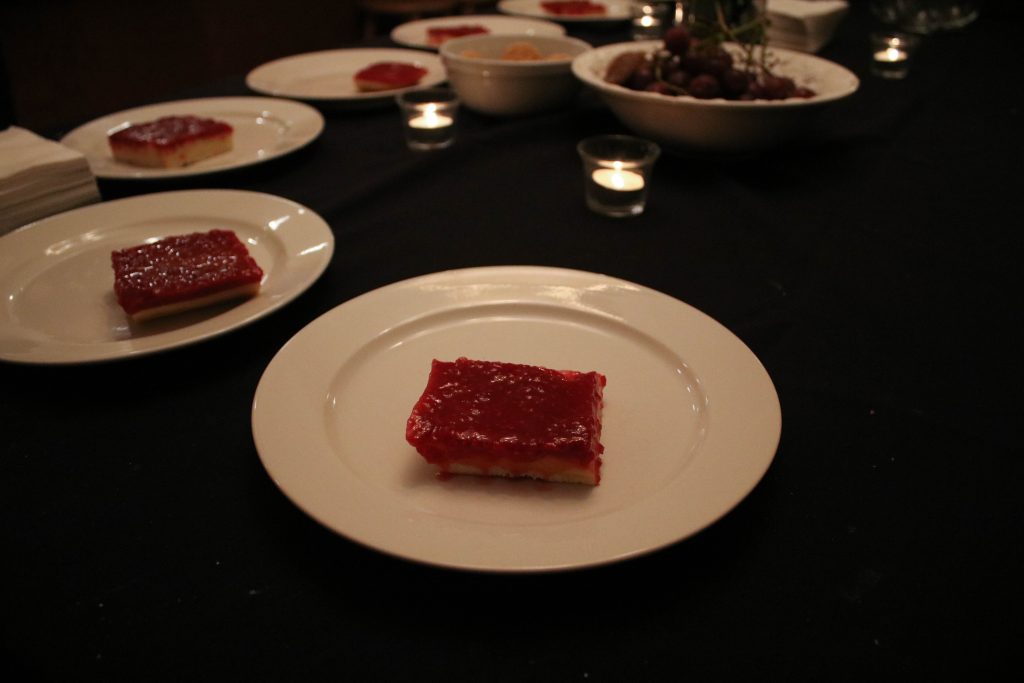