What a weekend! Busy busy busy.

It feels like I haven’t seen Michael in two weeks! We had a house guest for 5 days recently so I didn’t see much of him and then this past weekend he went up to Seattle to hang out with a friend and see a concert. My mom came down from Seattle (I wonder if her and Michael waved when they drove past each other I-5?) to help with some wedding stuff.

The biggest project was getting the invitations made. My friend Star, who is also officiating the ceremony, gets a discount at Kinko’s so we were going to take advantage of that to save some money. About a month ago Michael and I picked out our invitations, ordered the digital file, and I’ve been waiting (impatiently) to take it in and get them printed!

First things first, I got up a little earlier than usually to get my workout out of the way.  I lifted weights, worked with some kettlebells and then ran on the treadmill. After stretching a bit (my hips feel tight lately) I hurried home to get cleaned up. 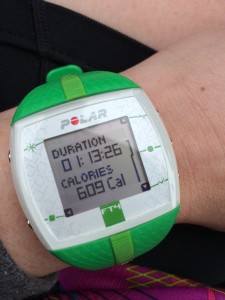 Then, my mom and I met Star at Papa Haydn’s for brunch. Turned out that brunch was only on Sundays, so what was brunch turned into lunch. But that was okay because the food there is great. My aunt also joined us, so it was just four ladies doing lunch! I got their seasonal salad which had goat cheese, granny smith apples and hazelnuts on it. I love this salad! 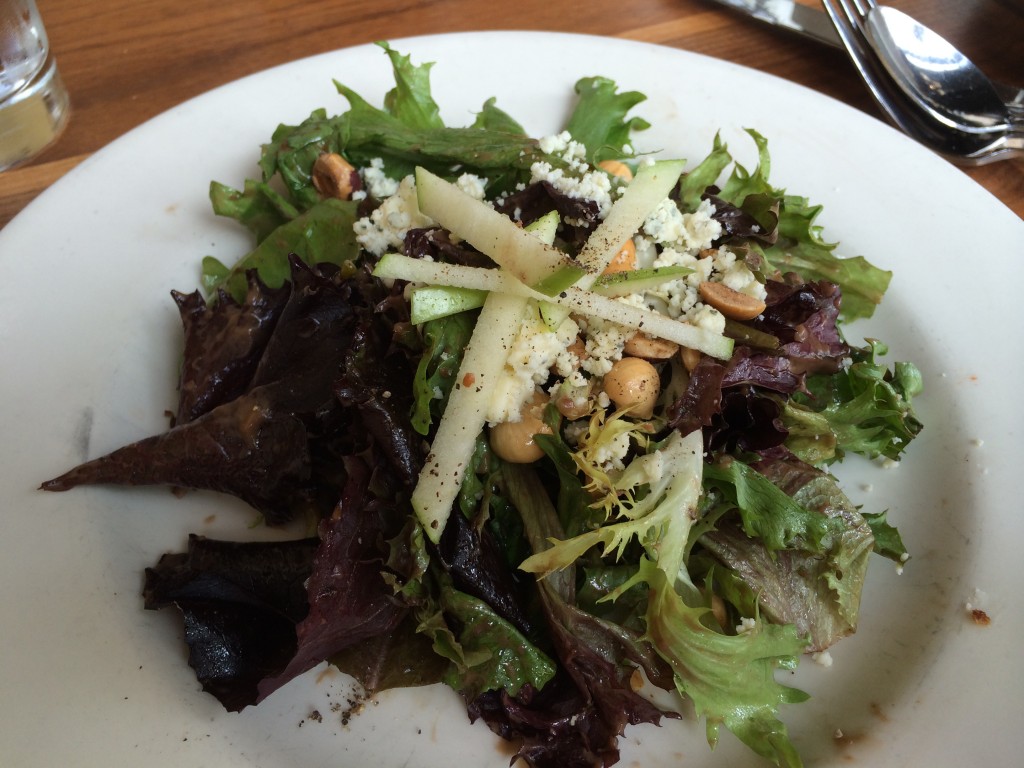 Then I got their French Onion soup. Theirs is really good but not as good as Petite Provence, I think. My mom and Star both got the French Onion soup, too, and my aunt got the pasta and clams. 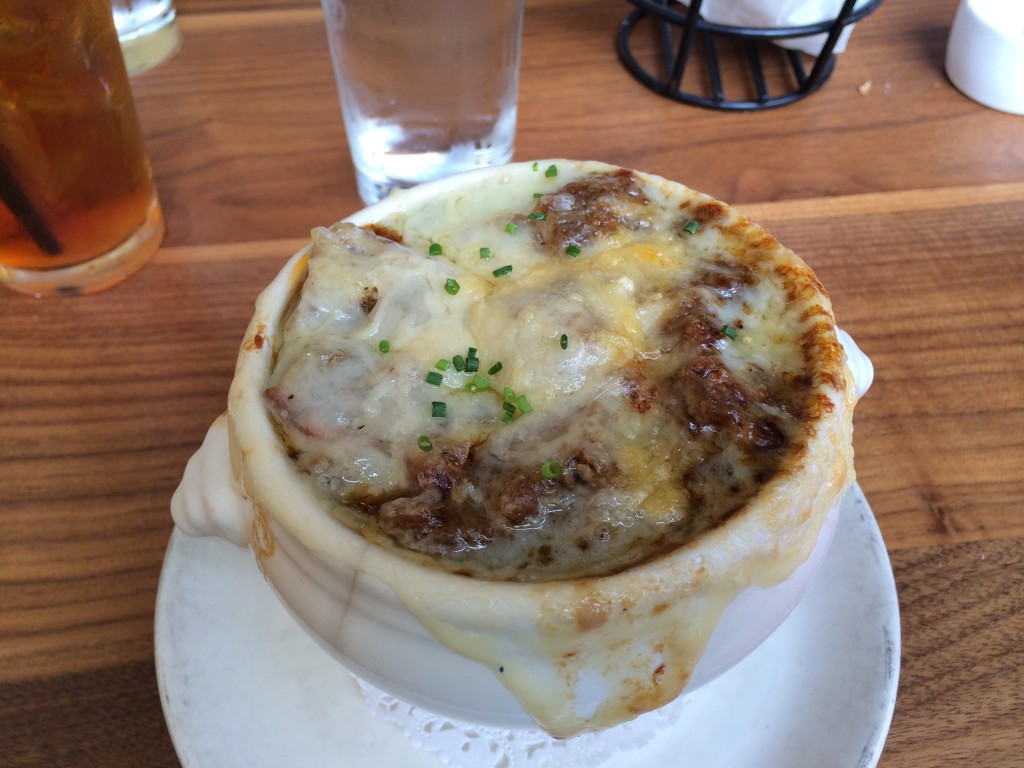 I love French Onion soup! It was rich and hearty and very filling. I had an iced tea with my lunch and had planned on also getting coffee but I FORGOT. How did I forget to get coffee?!?! I sure felt it later in the afternoon when I couldn’t stop yawning. We did splurge and get dessert. Kinda have to at Papa Haydn’s! 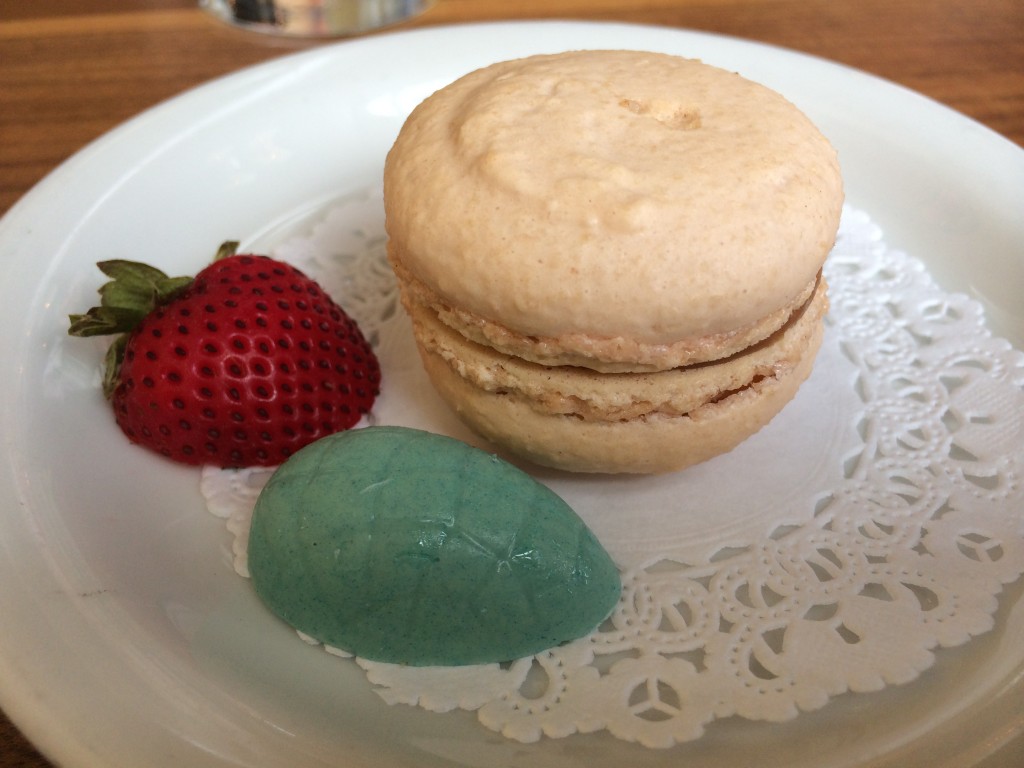 Star got a small bowl of pistachio ice cream and my mom and both got a macaron. I got the salted caramel one–wowza! It was so great! I’ve only had macarons a few times before. I loved the salty creamy sweetness of it.

After dropping the flashdrive off, my mom and I drove all over town for like five hours trying to find envelopes that will go with the invitations. We found the perfect ones for the RSVP cards but not the actually invitations. Either they were the wrong color, the wrong size or too flimsy. Who know it would be SO HARD to find envelopes. We went to like 5 stores and it was VERY frustrating and exhausting and not very fun. I was pretty much over it by the end of the day. In the end I found some on amazon (good grief) and ordered them. Will see if they work!

While we were out all day, dinner was cooking in the crockpot. I knew I wouldn’t be interested in cooking something after spending all day running around. I knew the easiest thing to just throw into a crockpot would be a black bean soup. I found a recipe on another blog for Black Bean and Rice soup and threw that together.

I added some leftover chipotle peppers in adobo sauce that I’d frozen from a chicken tortilla soup I made a few months ago. I’m glad I froze the leftovers because the chiptole peppers and sauce added a really nice smoky flavor to the soup. I also added a handful of diced carrot to the crockpot. When I make this recipe again I’ll probably add more vegetables–maybe some celery and more onion. I goofed and added the rice at the beginning instead of at the end, so next time I will pay attention to that! 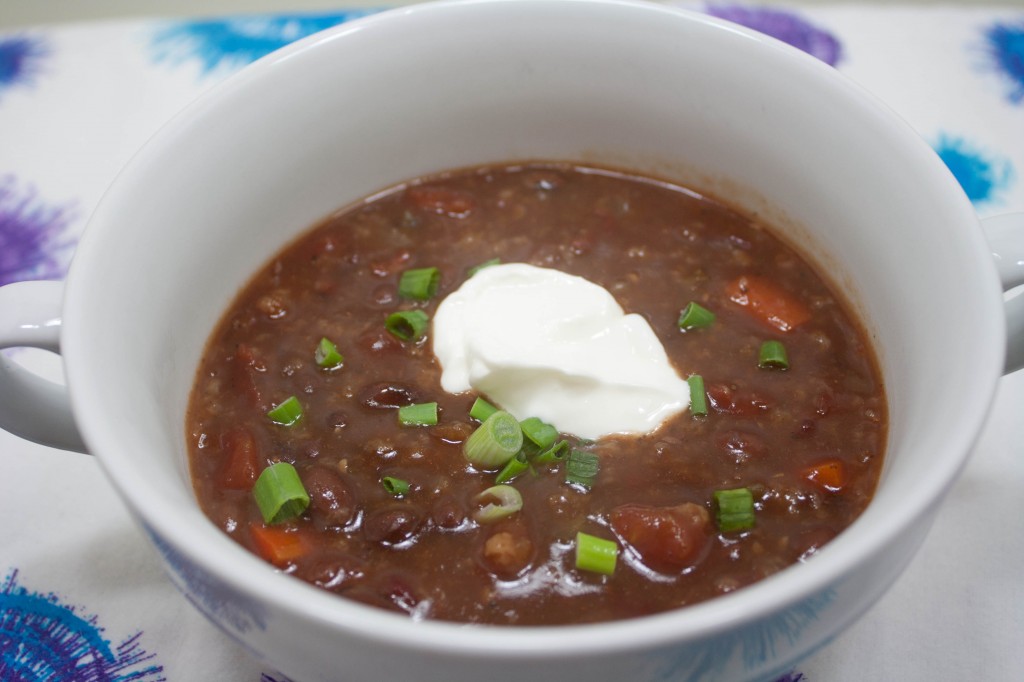 Loved the soup! It was a little spicy, really flavorful and just delicious. I put a spoonful of sour cream on top, drizzled some lime juice over it, added green onion and dinner was served. I had some crescent roll dough so I baked those up and we had some tortilla chips with the soup. The soup was really low in calories.

After dinner we worked on some crafty things for the wedding. I’m using old corks as place card holders. So my mom and worked on cutting those and making them ready for the place cards. It was hard work! It took a few hours but we got them all done. I’m really grateful to all the friends (and even a blog reader!) who mailed me bags and boxes of corks they had saved! 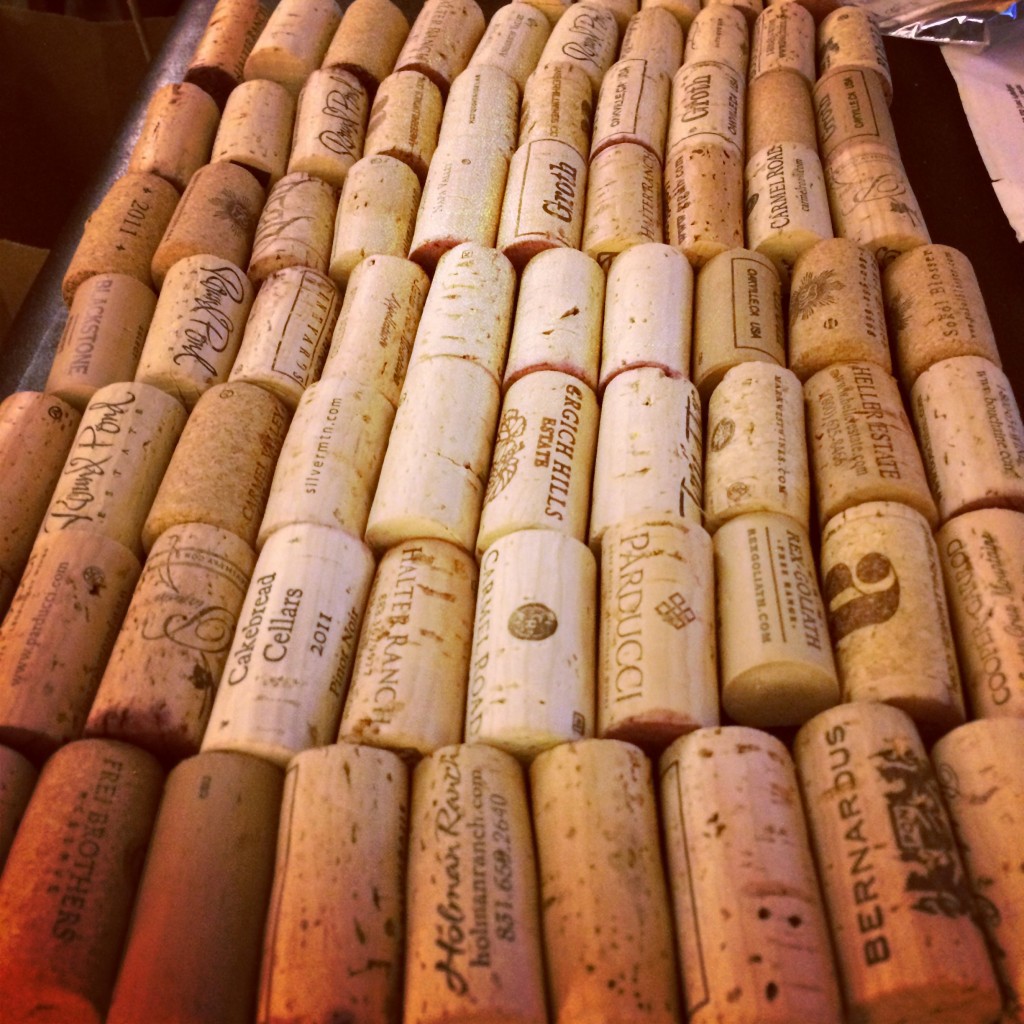 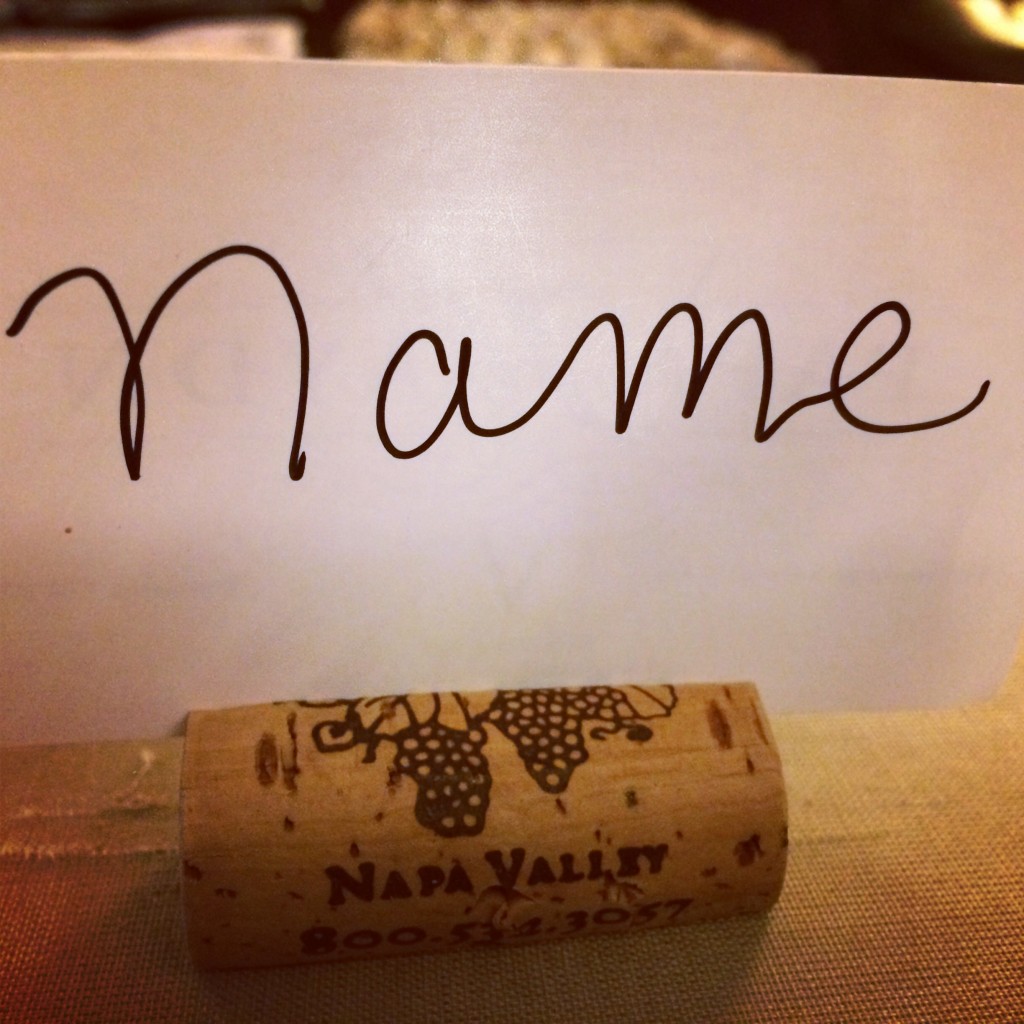 My mom also brought down a bunch of old photos for me to sort through to find some for the wedding/rehearsal dinner slideshow. She brought some very embarrassing and horrible photos, but there were a few gems in there, too. 🙂 I think this one was when I was three months old: 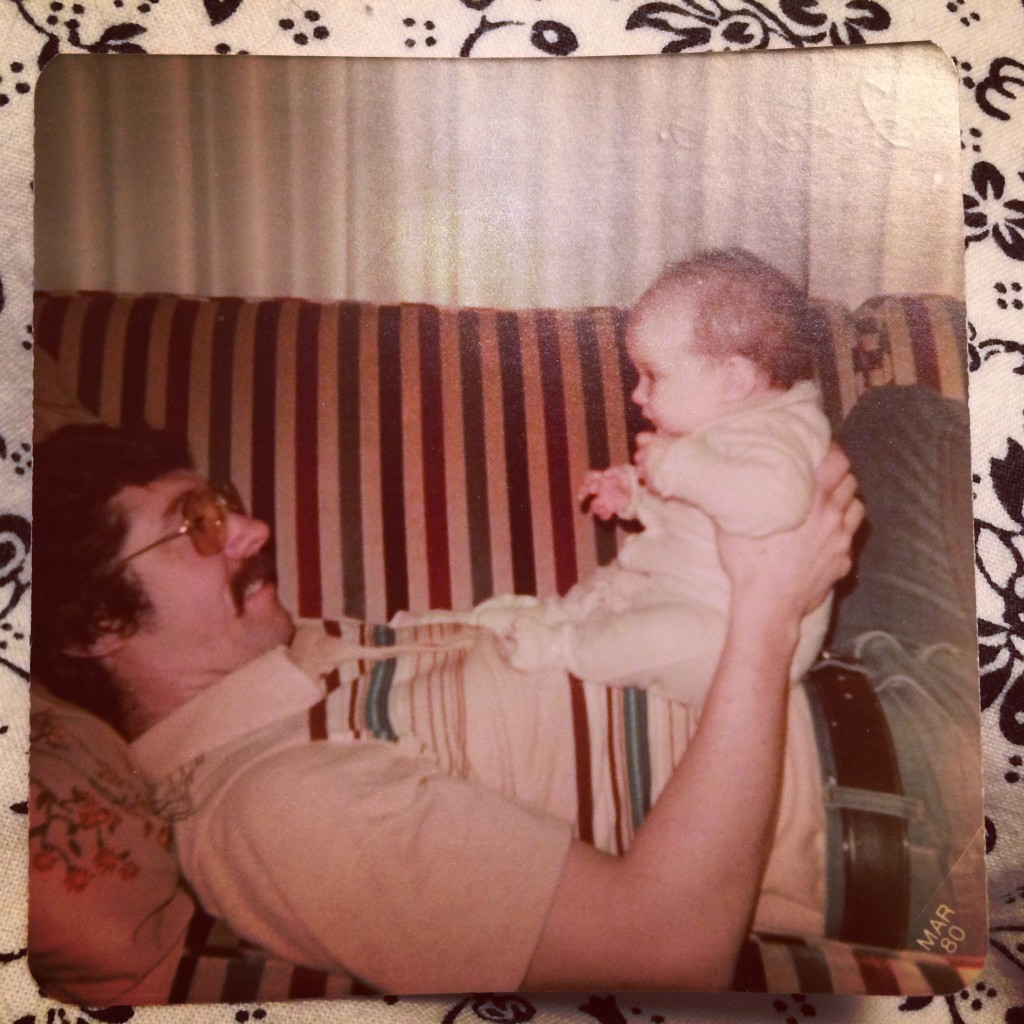 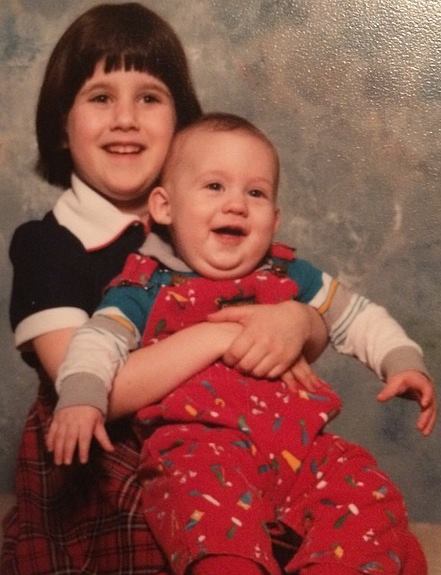 We got a ton of stuff done but not everything we had hoped to accomplish. Next trip. 🙂