For the better part of Tuesday afternoon and evening my face was mostly numb. Which is probably a good thing! I had plans to meet my friend Erika for happy hour and decided not to cancel the appointment. I thought it would be a good distraction and since I was on a liquid diet anyway….why not? 🙂 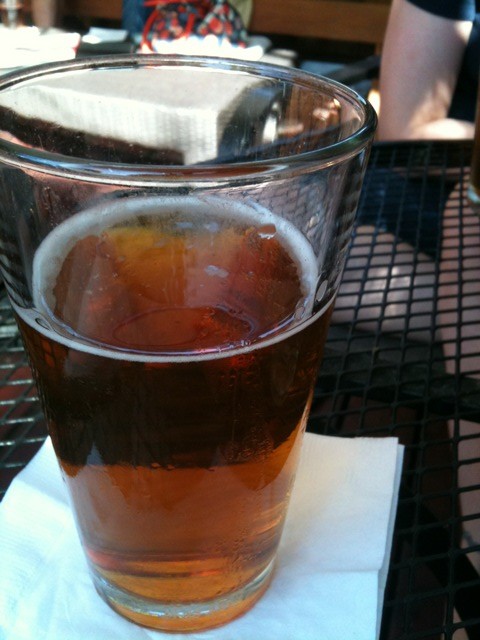 We met at the Night Light Lounge in SE Portland, off Clinton Street. It’s a funky little part of town and neither of us had ever been there. They had a really nice outdoor patio! We sat outside for a good 3 hours or so talking and drinking.

I had 2 beers (Hopworks IPA). She ordered some fries. I tried to eat a few but couldn’t really chew. 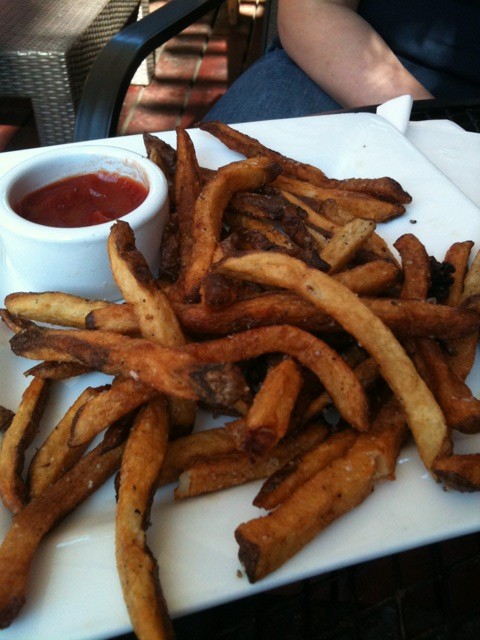 What happens when you barely eat anything all day, eat only soup, and then have two beers? 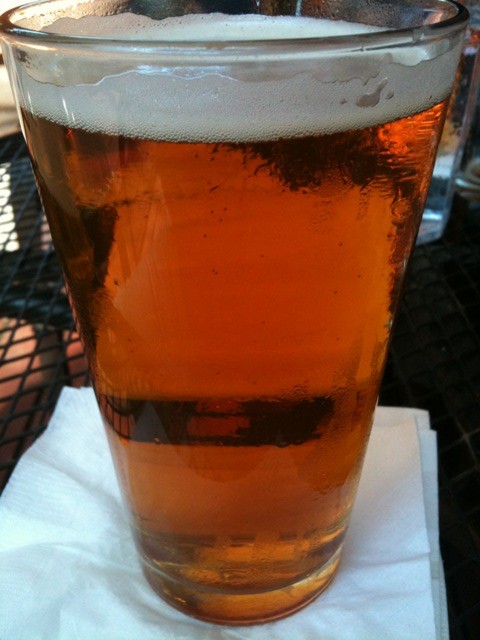 Yeah I got pretty buzzed. It felt good though. It distracted me from the pain and discomfort. After Happy Hour, I took her home and saw their wedding album from last month. It looked really nice.

I stopped at the grocery store to get soft, mushy food I could eat. 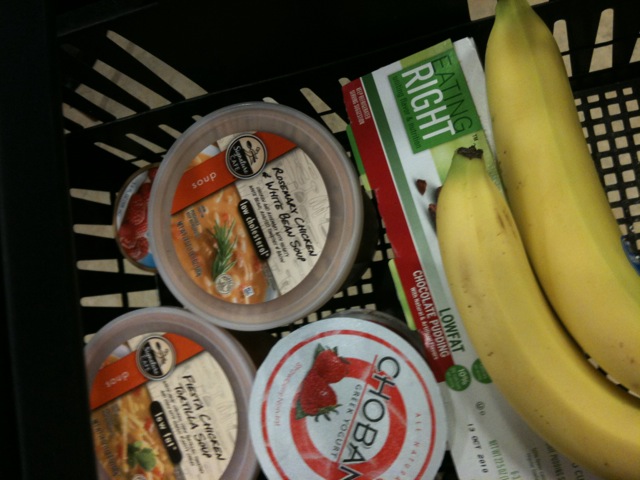 Thank you for all the suggestions! I got yogurt, pudding, soup and ice cream. There was one ice cream I almost bought until I saw the calories! I almost fell over in shock. 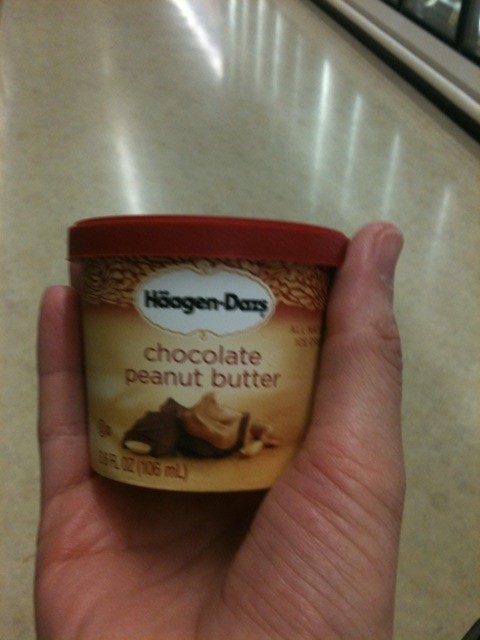 That tiny little ice cream cup that fit in my hand was 310 calories!!! 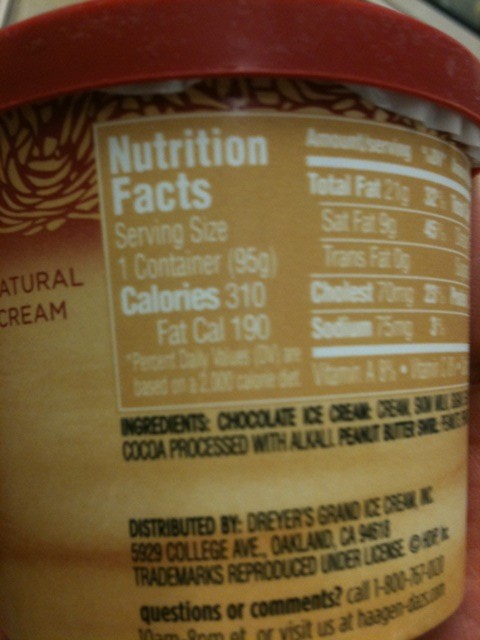 Ooooof!!! I put that back and got a raspberry ice cream that was 110 calories. That’s more my speed.

I had planned on going for a run Tuesday. My Hood to Coast training begins this week and while I was uncomfortable with my tooth I decided that my tooth shouldn’t interfere with running. Training must go on!

I will admit that drinking beer and then going running is probably not the brightest idea but I was no where near drunk. It had been a few hours and the buzz was gone. 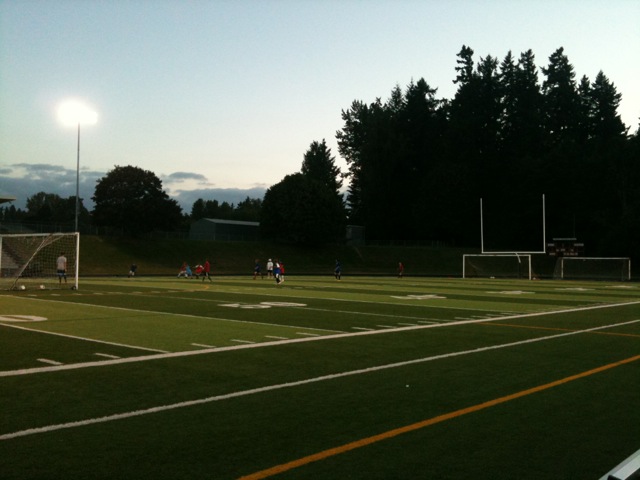 I ran the half mile or so to the nearby track and did 2 miles around the track without walking or stopping. My legs felt like they weren’t a part of my body! I was pretty fast. 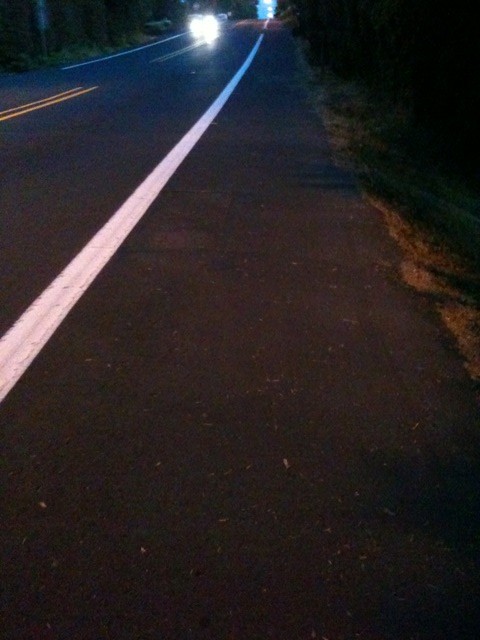 It was starting to get dark so I ran home to have my soup for dinner and go to bed. 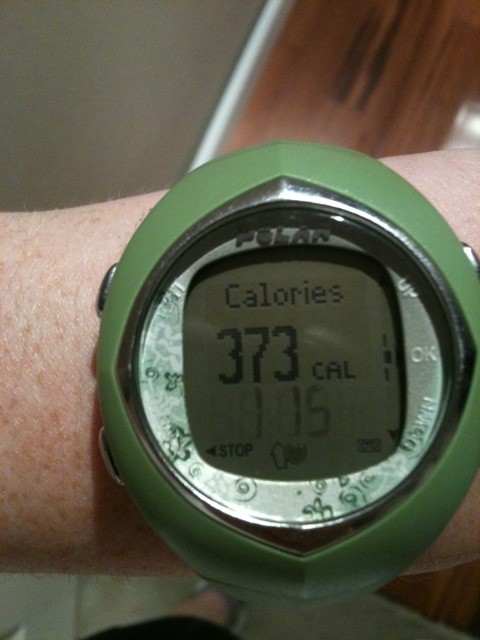 Distance: A little over 3 miles

It was a fast little run and I felt good. Stretched. Foam Roller. Soup for dinner! 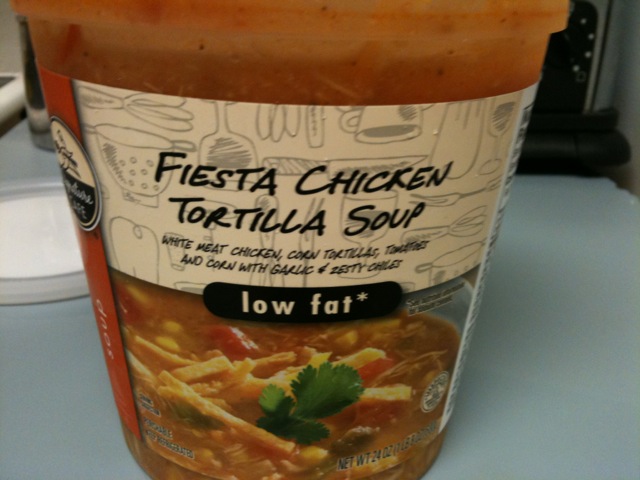 I really love this soup. It’s yummy and really low in calories. 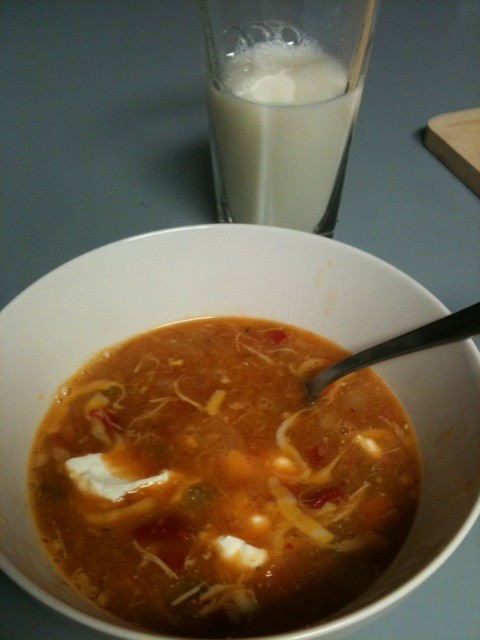 I added some shredded Colby Jack cheese and light sour cream. I skipped the tortilla chips I usually add (nothing crunchy!). Dinner was about 110 calories + the calories for the cheese and sour cream. 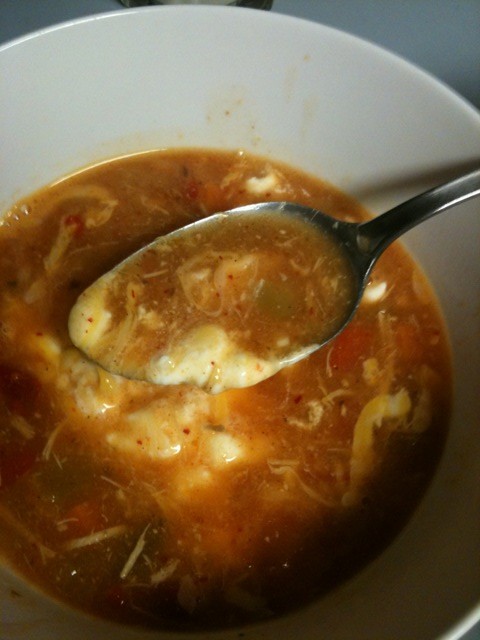 I did NOT sleep much last night. The pain pills I got were pretty worthless. I was uncomfortable and upset and I think I finally fell asleep after 1am. That doesn’t make me a happy camper this morning.