On Tuesday we got up, had breakfast and then drove to Bend for a little day trip. It was only about an hour away from Cove Palisades Park.

We went to Tumalo Falls Park to hike. We tried to hike it a few years ago in the winter and it was too windy. It was nice to do in the summer!

There were a couple different trailheads at the parking lot. We did the one next to the viewpoint. I can’t remember now what it’s called. But it’s a very short walk from the parking lot to a nice view of the waterfall and then a short trek up a hill to the top where there is another viewpoint.

The trail is dusty and sandy but overall pretty easy. Once you leave the viewpoint area you hike along a creek and then into the trees. We didn’t go very far because of Logan and the time of day. We wanted to stay on schedule for lunch.

After our hike, we went into Downtown Bend for lunch. We went to the new Boneyard Pub! The last time we were in Bend they hadn’t finished it yet. It was cool to see! They had outdoor seating that was dog friendly, so that was perfect!

I got the poke bowl for lunch, which was REALLY delicious! One of the best I’ve had outside of Hawaii.

I went off the diet for the day so I could have my beer. 😀

Got the growler filled (had to deal with some house stuff since we had cell service in Bend) and then headed back to the cabin. The rest of the afternoon was chill. I read a lot and enjoyed my beer. Michael took a nap. Logan played. Dinner was hot dogs. Exciting!

Wednesday morning we had breakfast and packed up the car and drove home. It was kind of a bummer to leave. We enjoyed our time so much! We made some really happy memories and we hope to go back again next year. Logan had so much fun and it made me really happy to see how happy and dirty he was!

When we pulled into our driveway we got the phone call from our realtor that our house was officially SOLD! What a HUGE relief and one less thing to worry/stress about!!!

We celebrated with carbs and champagne!

Hey, wow! Where did the time go? It feels like just yesterday Michael and I were saying “I do.” 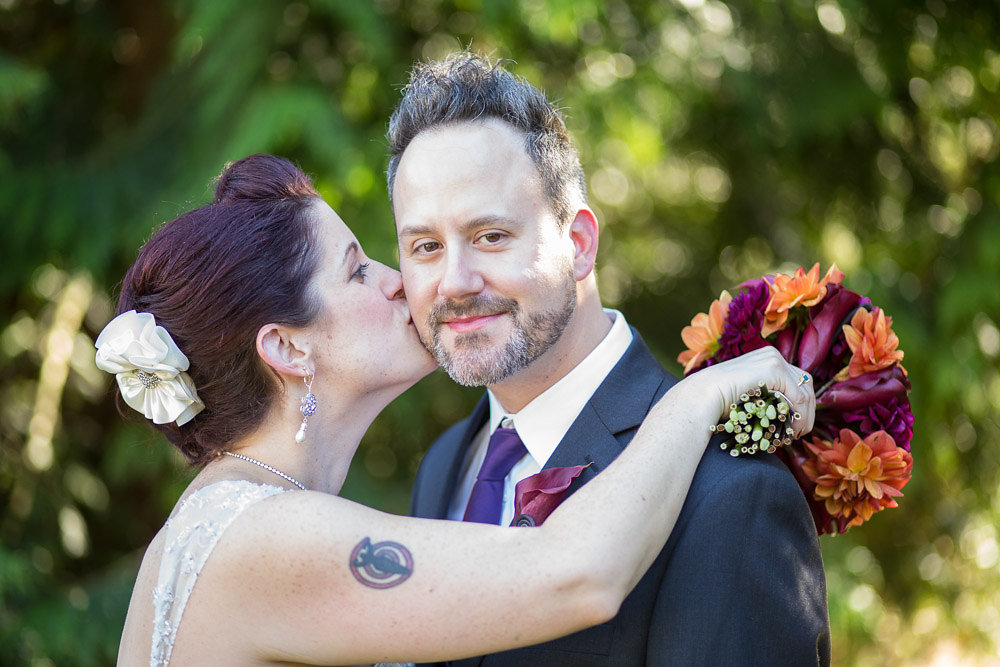 It really is hard to believe it’s already been four years married. I swear, having a baby/toddler just sucks the brain cells out of your head. 😉 It must be from that first year of sleep deprivation! It feels like a blur right now and it’s probably a good thing we make an effort to get away for our anniversary!

This year we wanted to go to Vegas for the weekend but the planning didn’t quite work out and so we looked for something different to do in Oregon. We found a loft to rent out past Hillsboro on the way to the beach. It was all we needed: a cute space in the country with a hot tub!

Life is pretty busy these days and there’s been a lot of stress and changes in our lives this year. When we talked about our plans for our weekend getaway, Michael said the sweetest thing: “If you want to just hole up in the loft and stay in bed watching netflix and eating Haagen Daz all weekend we can.” LOL! I have to admit, that did sound pretty good….

So Friday my parents drove down to babysit Logan for the weekend and we took off for our weekend getaway. The loft was cute, up on Bald Peak, with amazing views. 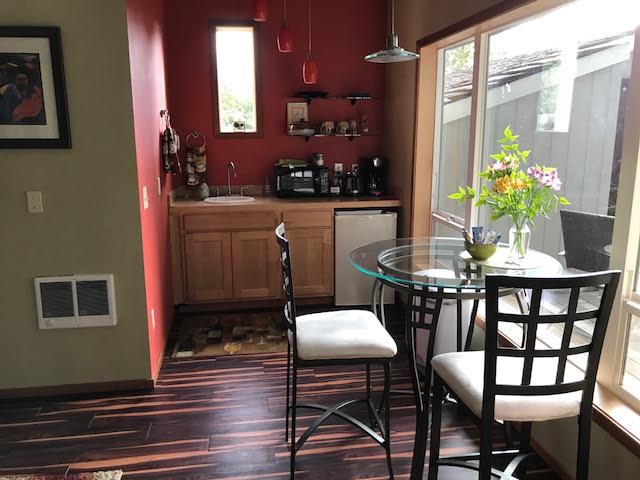 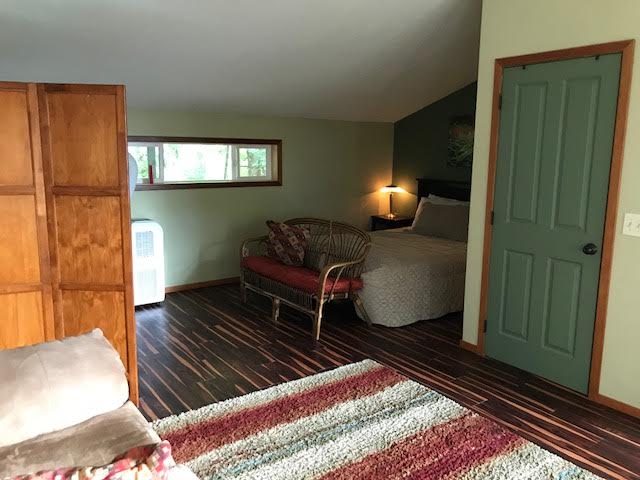 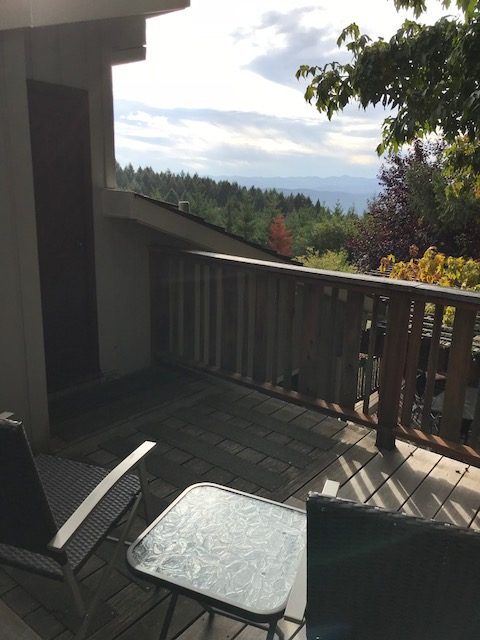 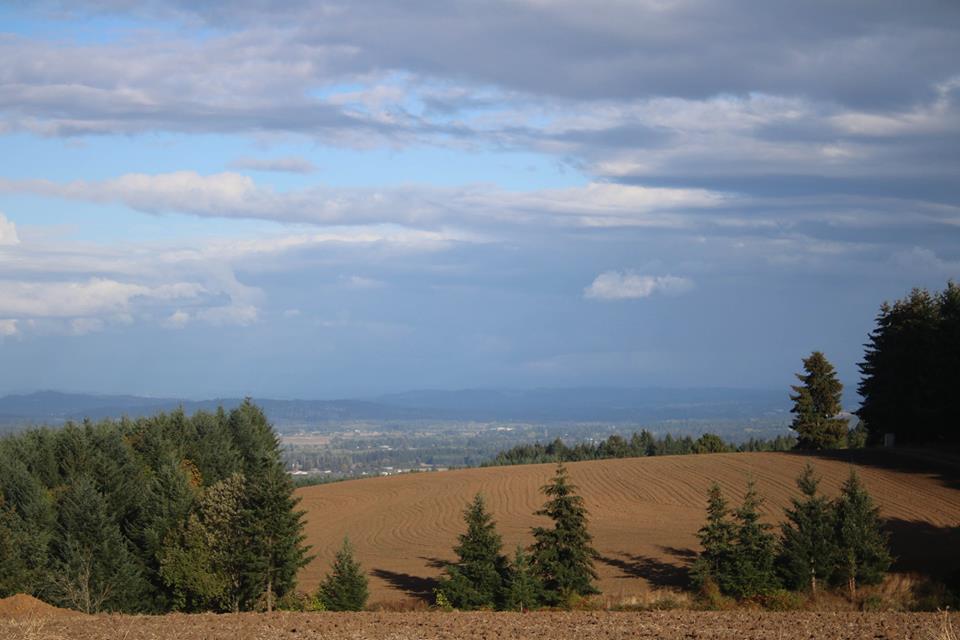 We were surrounded by farms, fields, vineyards and huge houses. We saw one house that was humongous and had an indoor pool and gym overlooking the above view. Amazing!

They had my Boneyard RPM on tap so we got one of those and shared the hushpuppies before dinner. They were fantastic! Perfectly crunchy and had good flavor. I ordered the BLT with a side of brussels sprouts instead of fries. The BLT was nothing amazing but the sprouts were great. 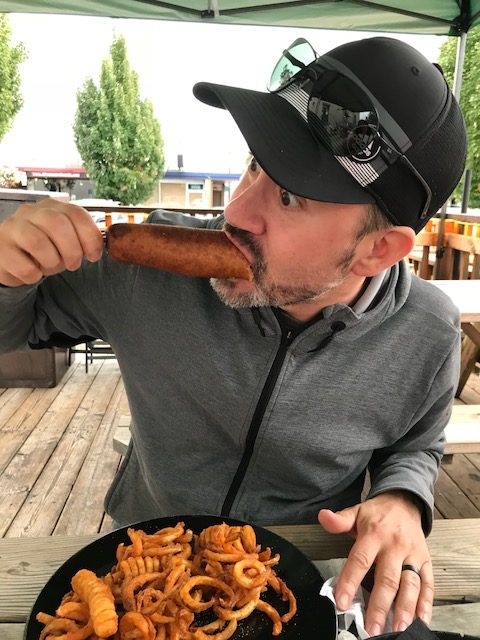 Michael got a corndog. 😉 He said it was great. The fries were really good (I might have had a few of Michael’s). After dinner we headed back to the loft. Lots of winding roads and cool old barns like this one: 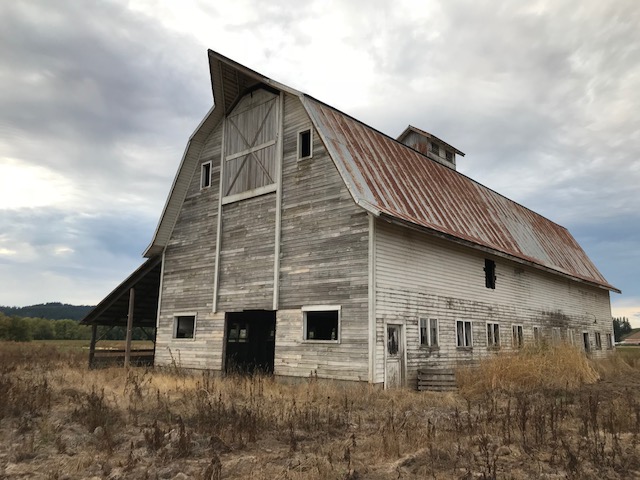 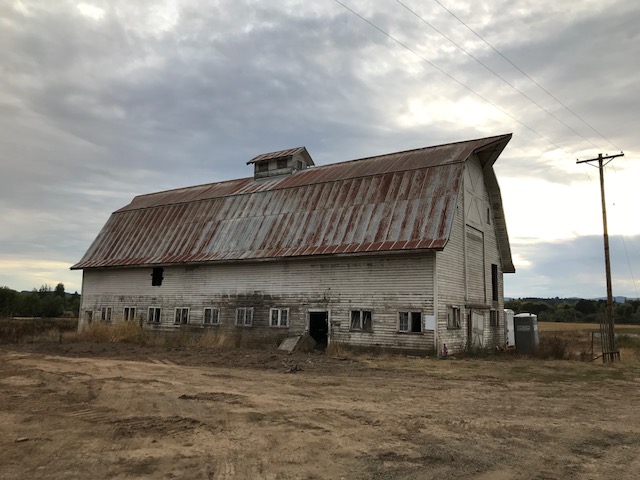 We spent some time in the hot tub, which felt amazing and so relaxing. The owners had fairy lights nearby and there was a nice view from the hot tub. And we both had the most amazing night of sleep and SLEPT IN UNTIL 9AM!!!! Holy moly!

On Saturday we had a quickie breakfast and then drove out to the Tillamook Forest to go for a hike. The hike we did was at the Summit Trailhead. 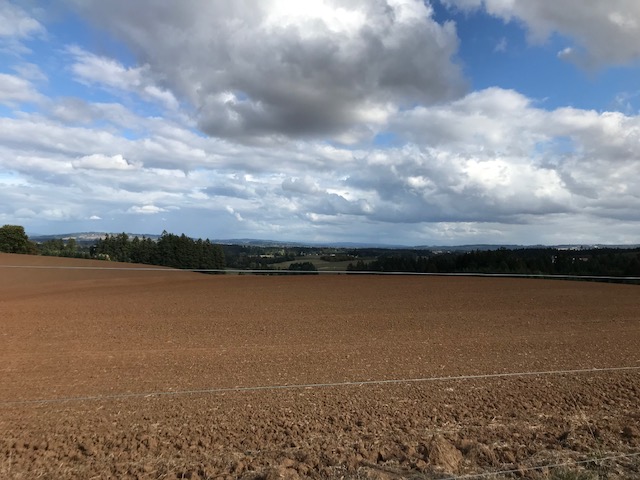 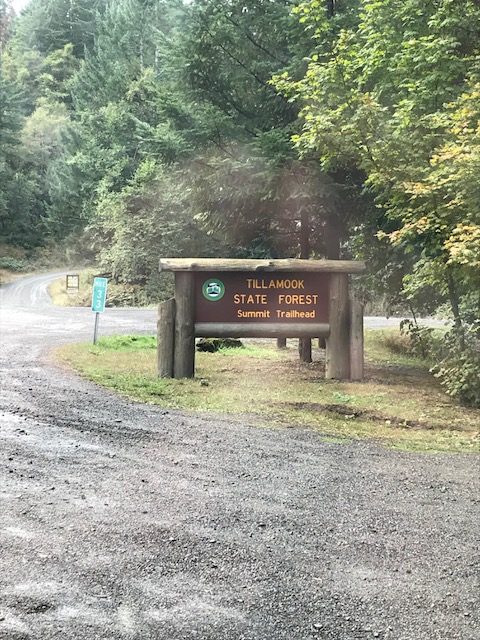 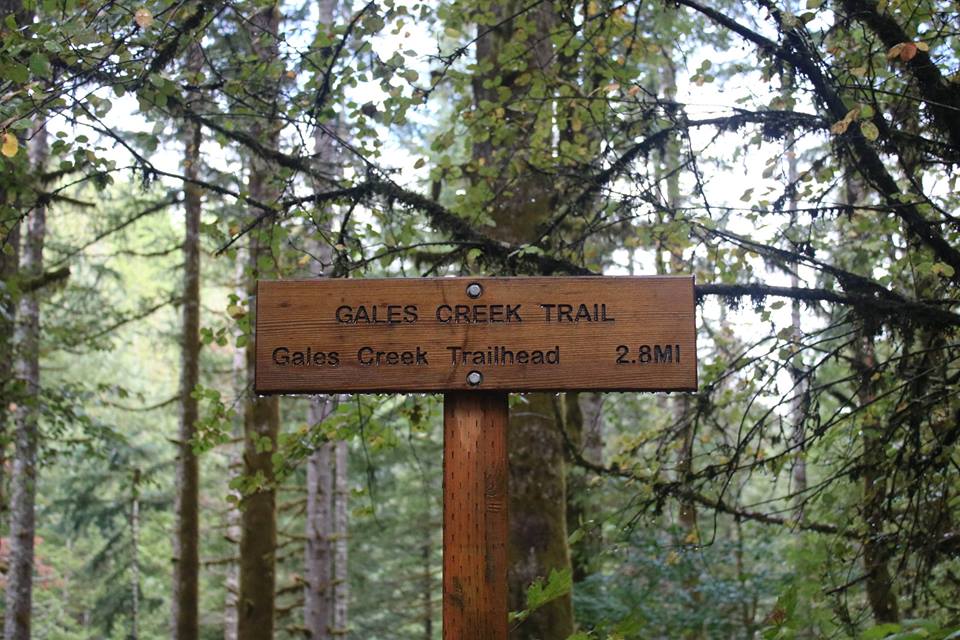 We did the Gales Creek Trail because of all the hikes I found, it was the closest to where we were staying (and it was still about a 45 minute drive). It was a nice, quiet hike without a lot of people. It started with a fairly steep downhill hike. 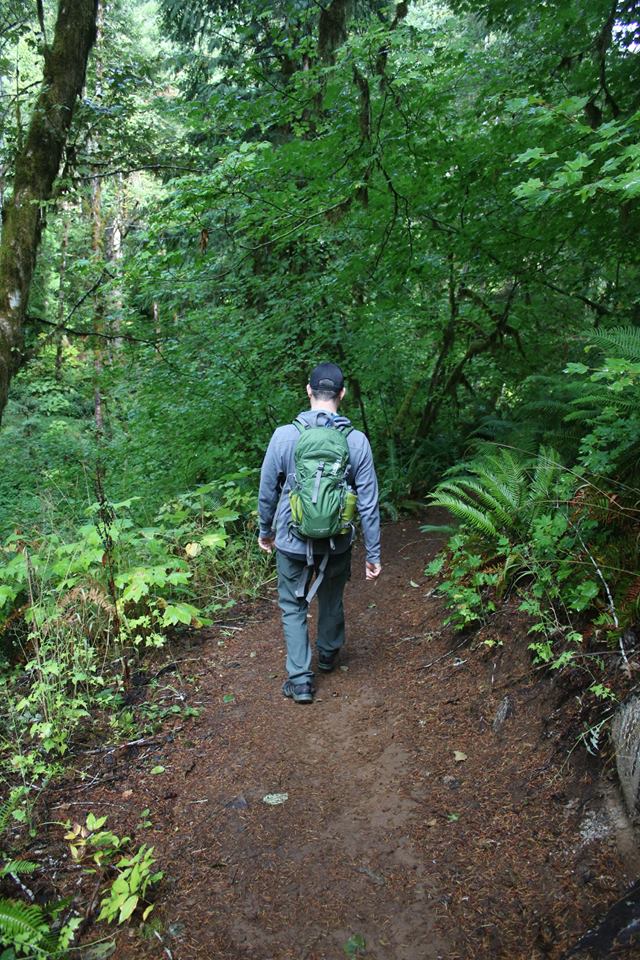 There were parts of the trail that were a bit muddy and I slipped but then it leveled out a little bit and was kind of flat. 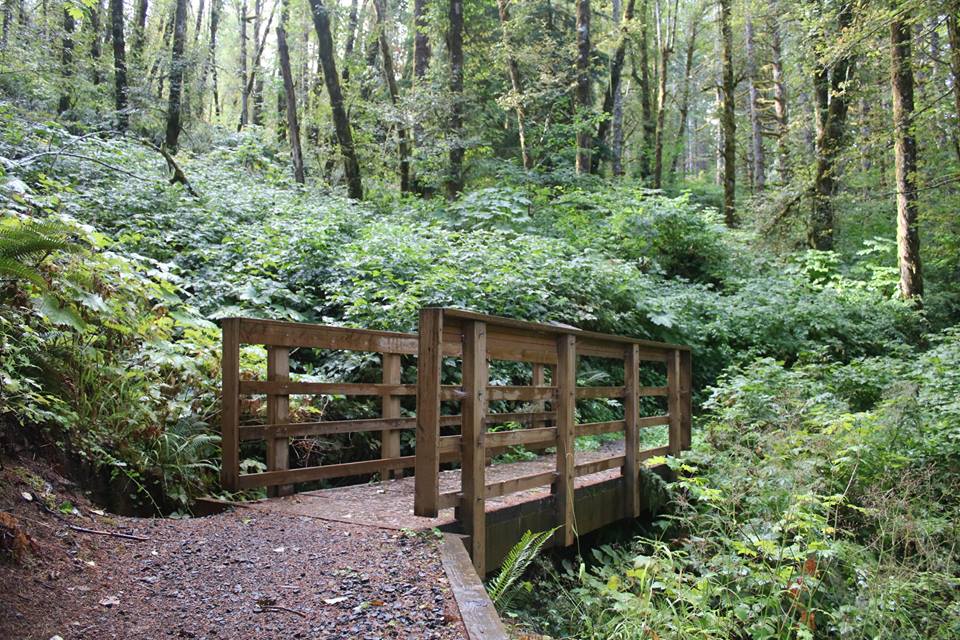 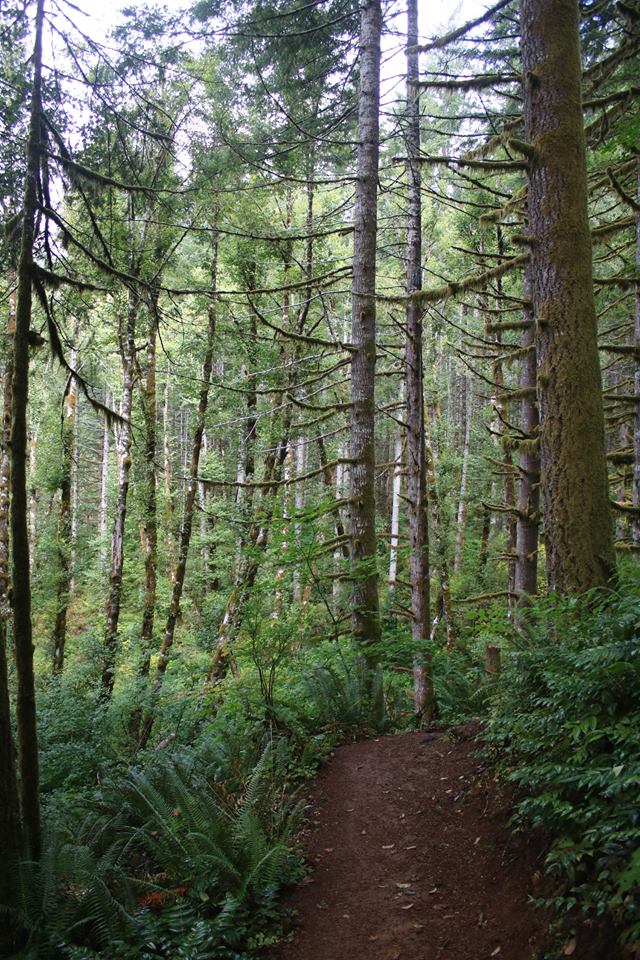 It was a really pretty trail and once you got further down, you couldn’t hear the highway at all, just the sound of the recent raindrops falling from the trees. 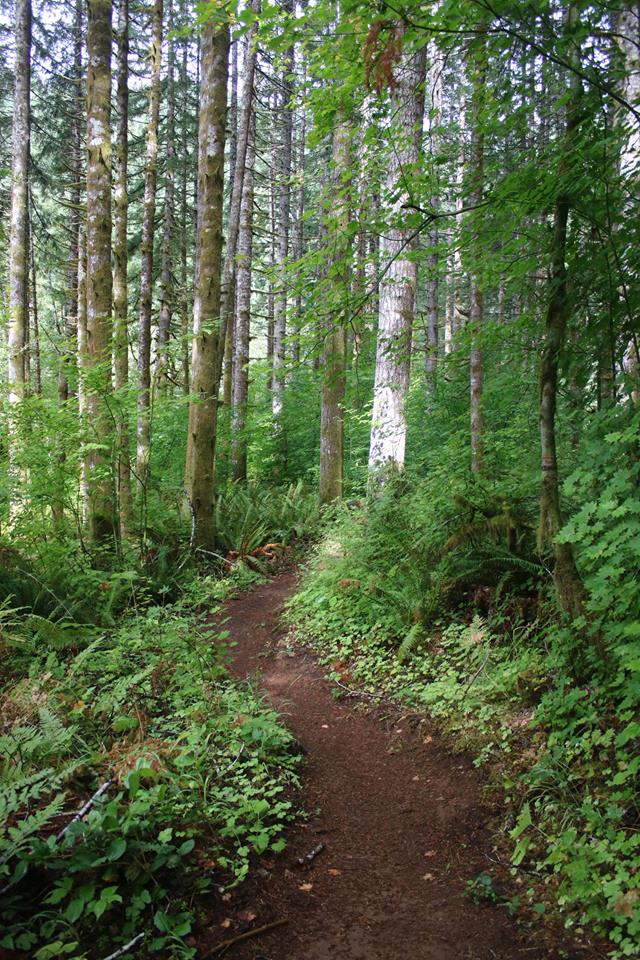 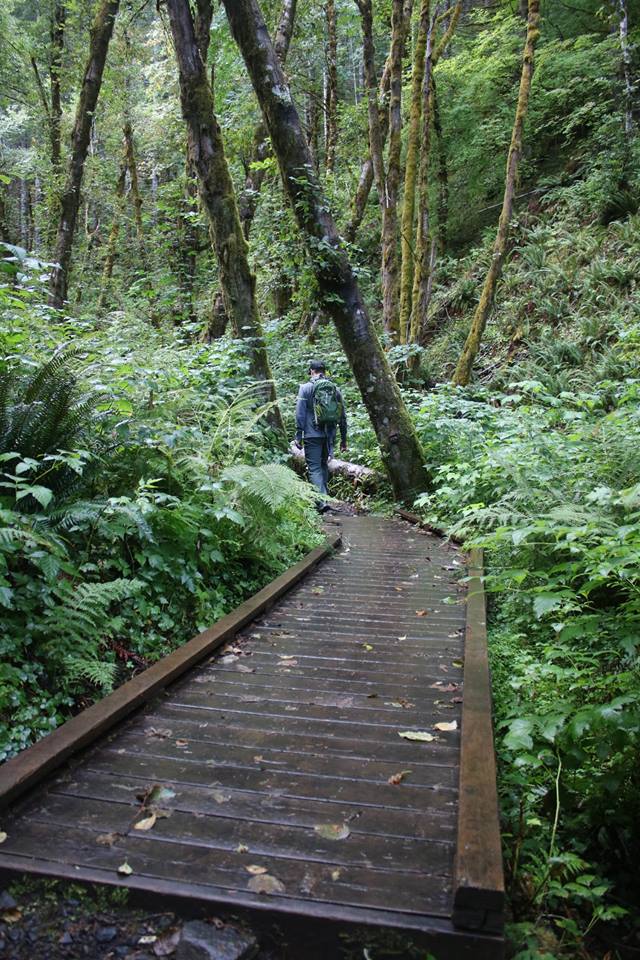 We saw a bunch of cute little lizards on the trail, too! No doubt they were heading back to the creek. 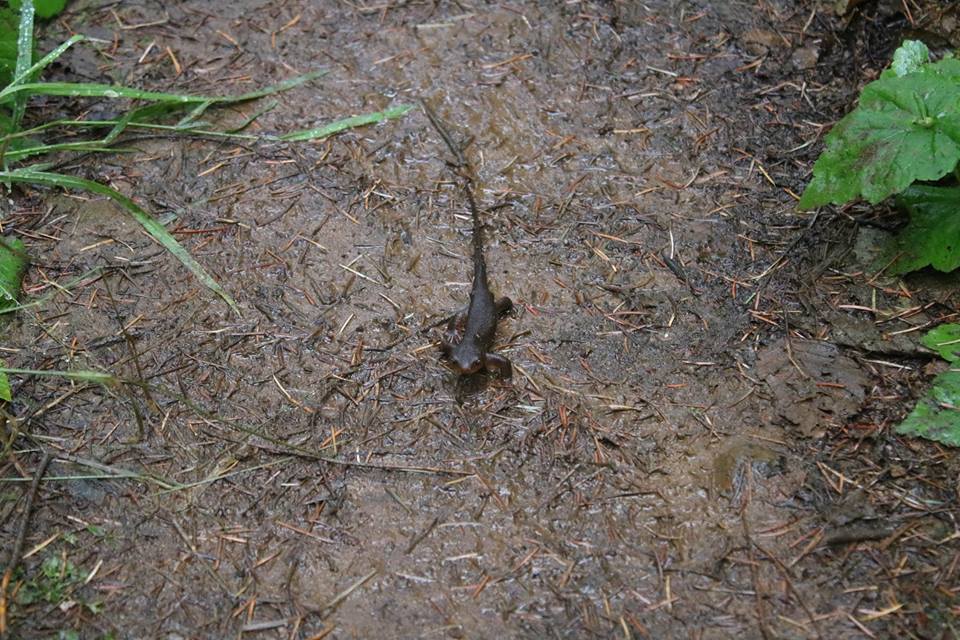 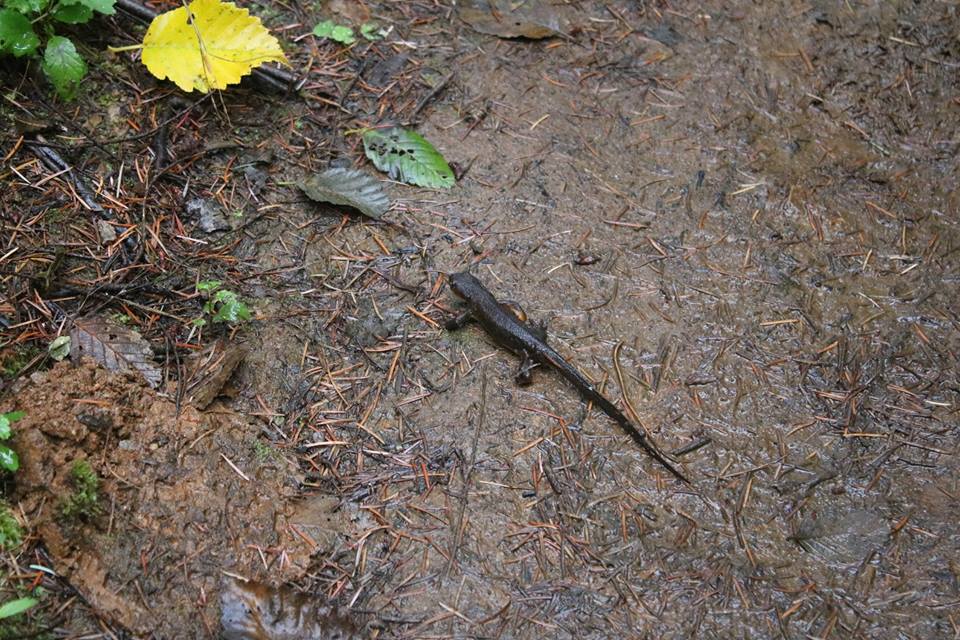 Because we got such a late start to the day and because the trail was so steep going down, we decided not to venture too far on the hike since it was going to be all uphill on the way back. 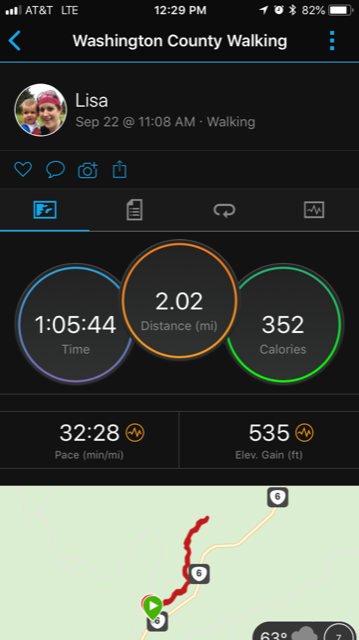