Last night was Eating Out Adventure #2. I don’t think I did as well as the previous night….Sigh….

I got home from work and Michael’s stepsister and her boyfriend had arrived from Texas and we all went out to Apizza Scholls for dinner (all 7 of us). 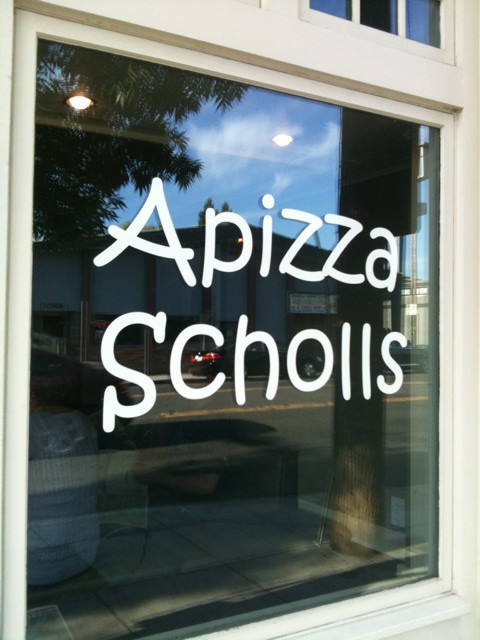 The boys started with beer. Us girls got a bottle of white wine and split that. I ended up having two glasses of wine with dinner. 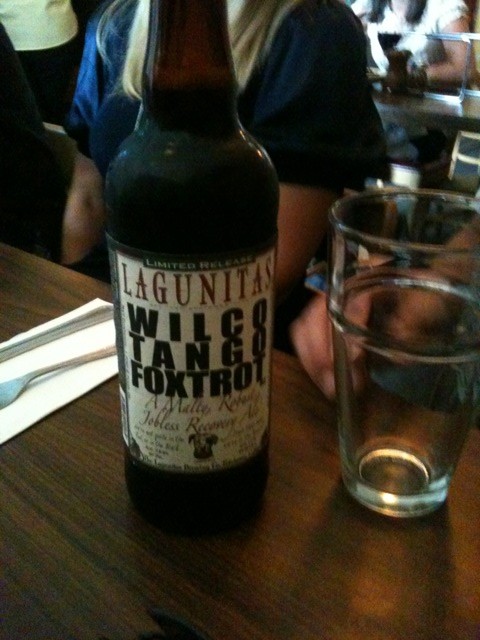 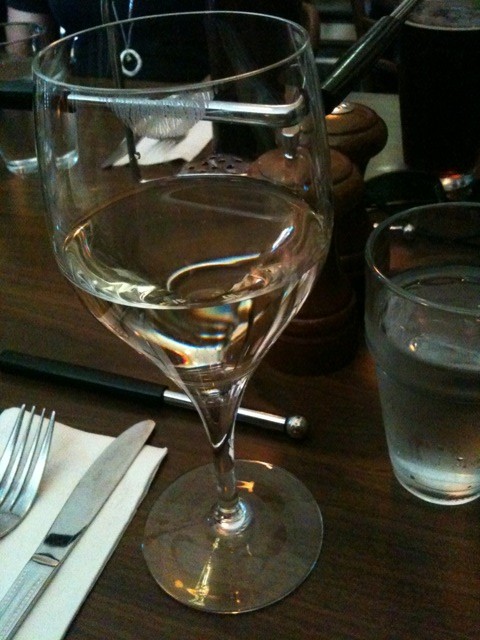 We started with Caesar Salads (their Caesars are pretty fantastic!). 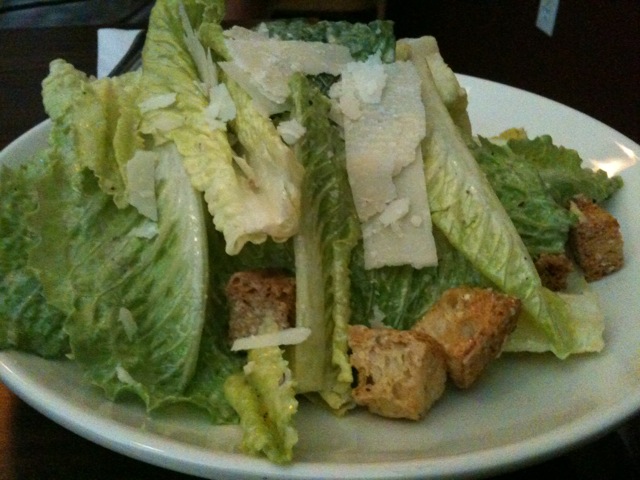 I shared Jeremy’s salad and only had a little bit. We ordered three pizzas (which we didn’t need because they are all huge). A “Margo’rita” , their Margherita: tomato sauce, mozzarella (whole milk & fresh), pecorino romano, fresh garlic, extra virgin olive oil, fresh basil; a sausage and peppers pizza; and a “pig and pineapple.” 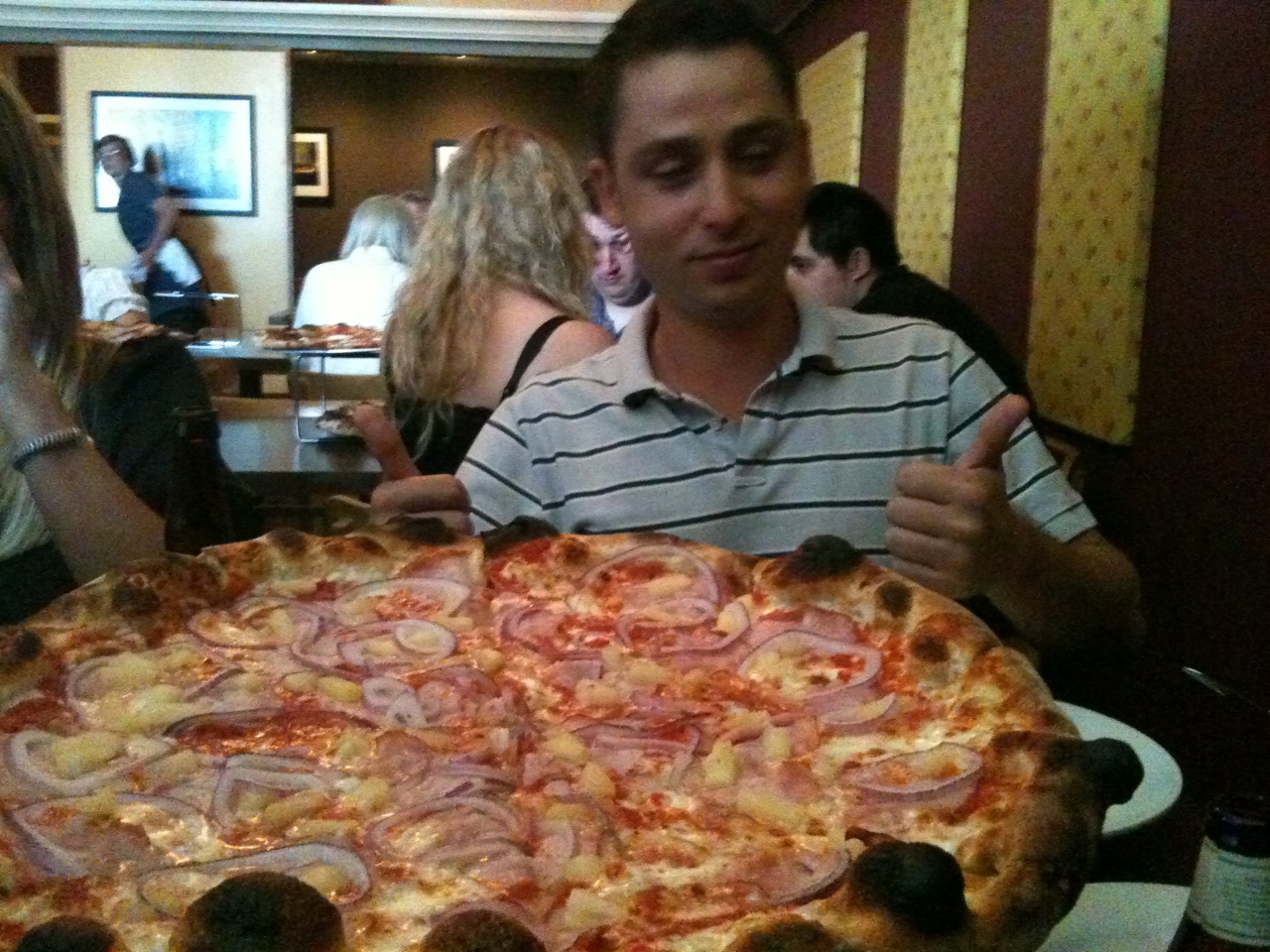 My favorite is the “pig and pineapple” (it has onions on it too). 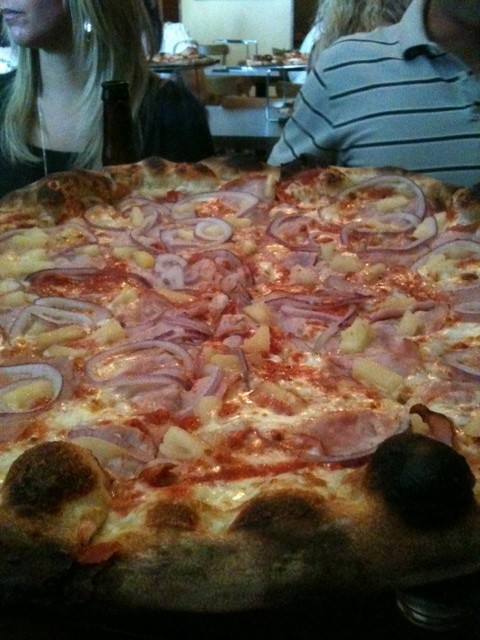 Not only are the pizzas huge, the slices are pretty big. I had 1 slice of the “Margherita” and 1.5 slices of the “Pig and Pineapple.” Have I mentioned that pizza was always my “trigger food” I tried to avoid? Yeah I usually can’t stop eating it. 🙁 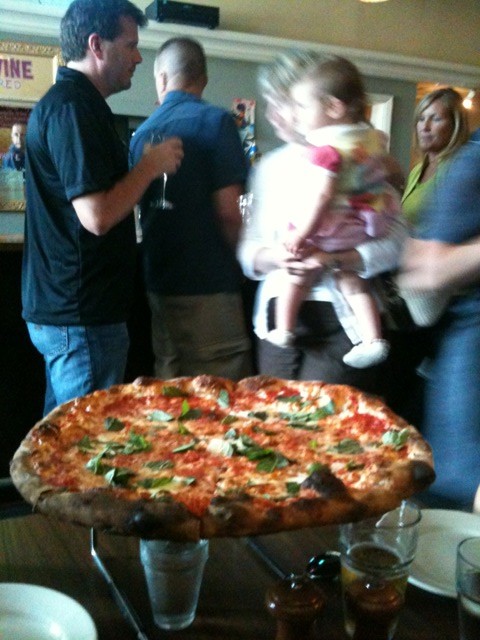 But I wasn’t alone in eating too much pizza…Everyone else indulged too. 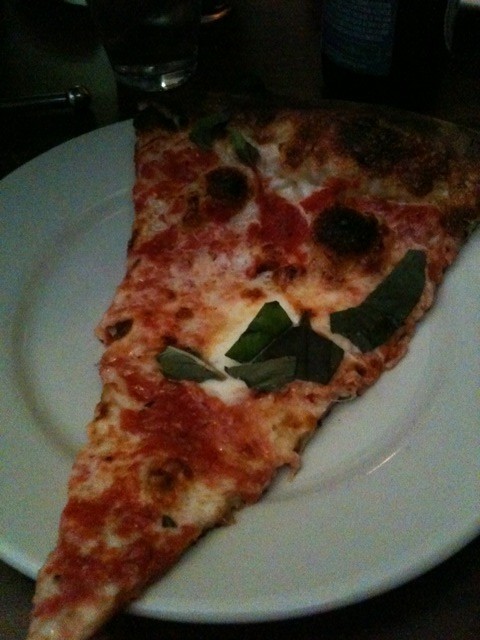 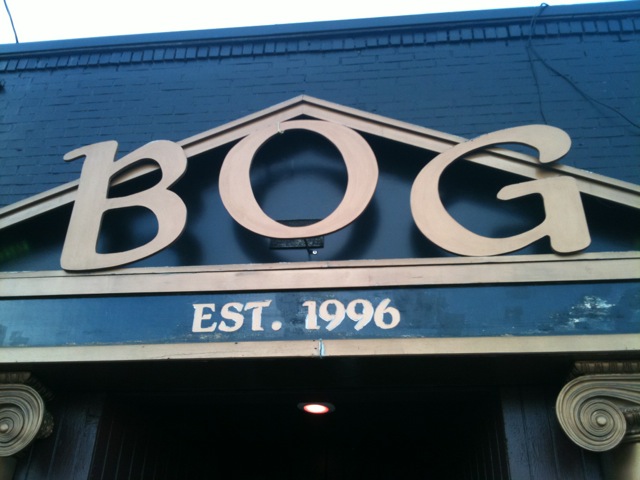 After hanging out with the whole family for a bit, Michael dropped the parents off and us “kids” went to the Horsebrass Pub for a few beers. I ordered a Walking Man IPA–a really good beer made in Washington. 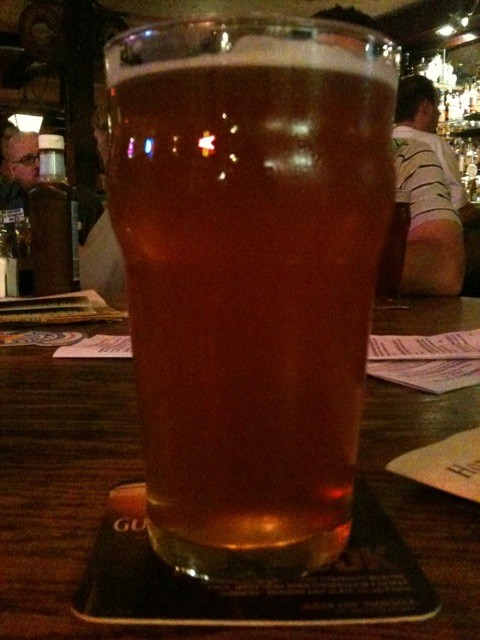 The Horsebrass is a really cool pub. Lots of beers from all over the world, traditional English Pub food (like fish and chips) and tons of dart boards. I’ve spent many evenings in this pub because it’s such a cool place (and it was close to my old apartment). 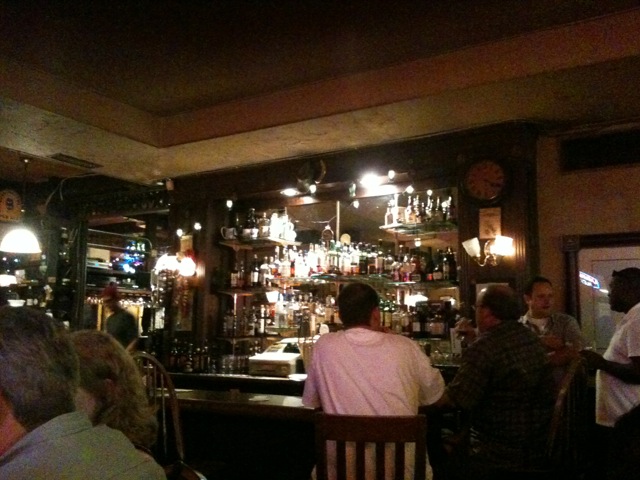 We convinced the sister’s boyfriend to order a “Fred” beer–a super strong beer (10% alcohol!) and then we played a round of darts before calling it a night. 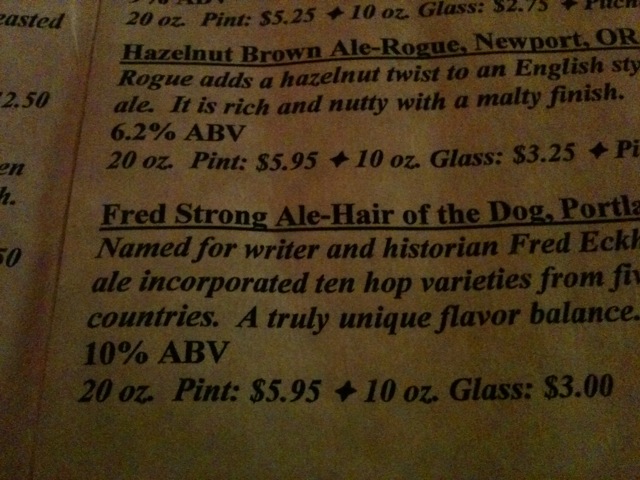 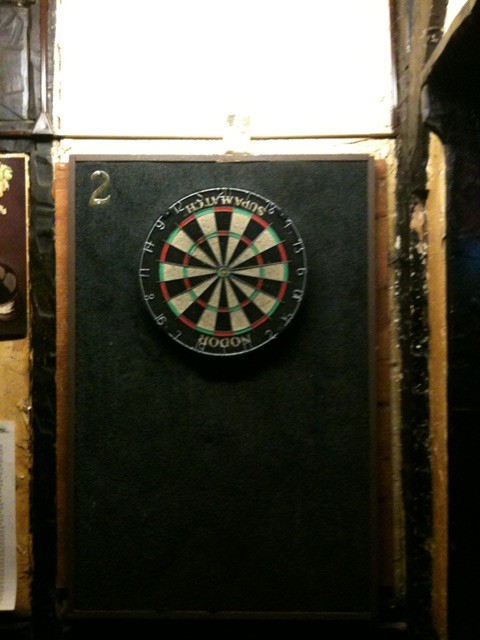 I know I indulged– and indulged in some not healthy things either. 🙁 I’m trying not to beat myself up about it. It’s nice to splurge once in awhile. I will admit I am feeling a bit overwhelmed about all the eating out! It’s so much temptation…. 🙁

This morning I got up and went to the gym for a mediocre workout. I didn’t have a ton of time to work out since we had houseguests and I thought it was rude. I hit the stair-master for about 35 minutes, the elliptical for a few minutes and then did a bunch of weights and stretching. 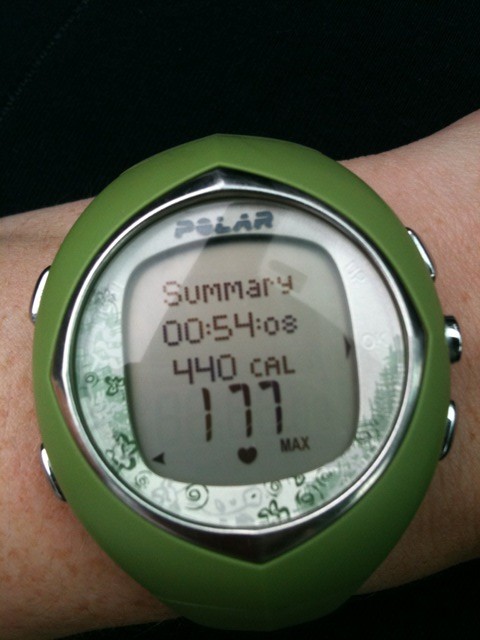 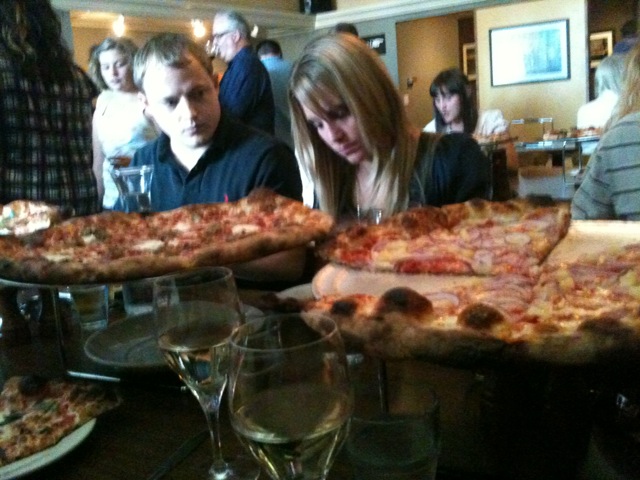