Rehearsing for the Big Day!

I’ve only been in two weddings before, my brother’s and my best friend Rachel’s. Both had a rehearsal the night before and a dinner. I didn’t really know what it all entailed though, except that it was a good time to remind everyone in the bridal party not to walk too fast down the aisle and then go eat and drink to celebrate. 🙂

The day started with a run with my brother and his wife and then I got a mani/pedi with my mom, my sister-in-law and cousin Anna. Being pampered was nice and I’m glad I splurged a little and got the hot stone massage and paraffin wax for both the mani and pedi. 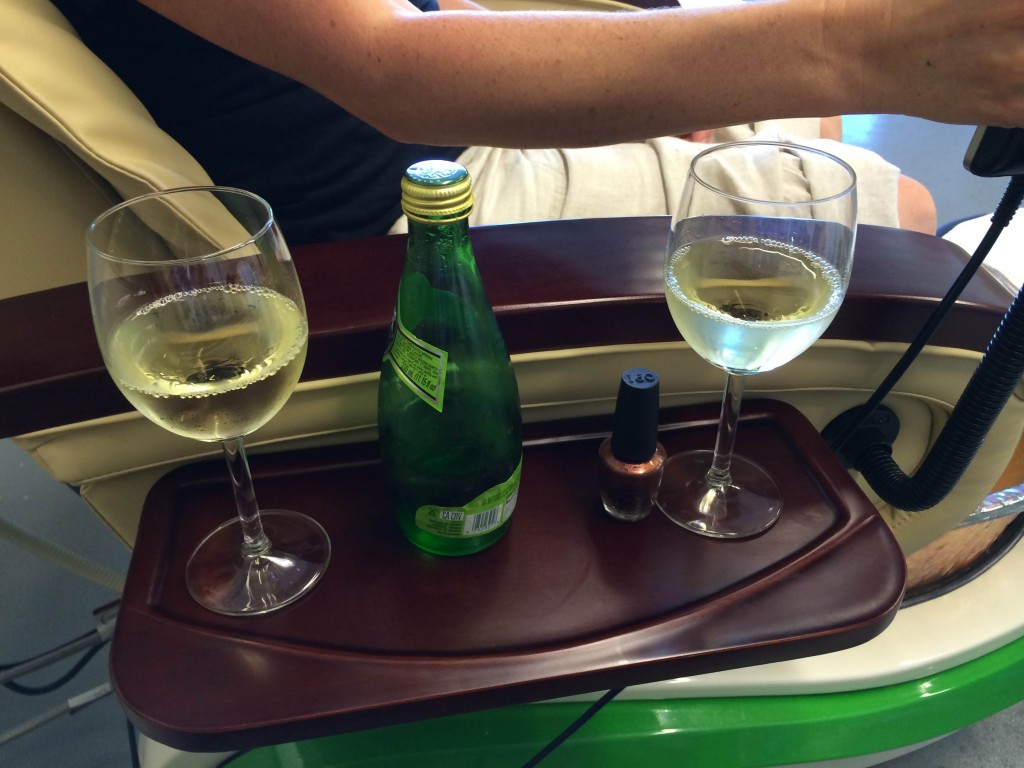 Traffic on Friday was a nightmare and a bunch of us ended up being late to the rehearsal (including me and Michael). I got there so frazzled and stressed from sitting in traffic for over 45 minutes (45 minutes to inch about 2 miles). I took a little breather and then tried to relax. Stress stress! 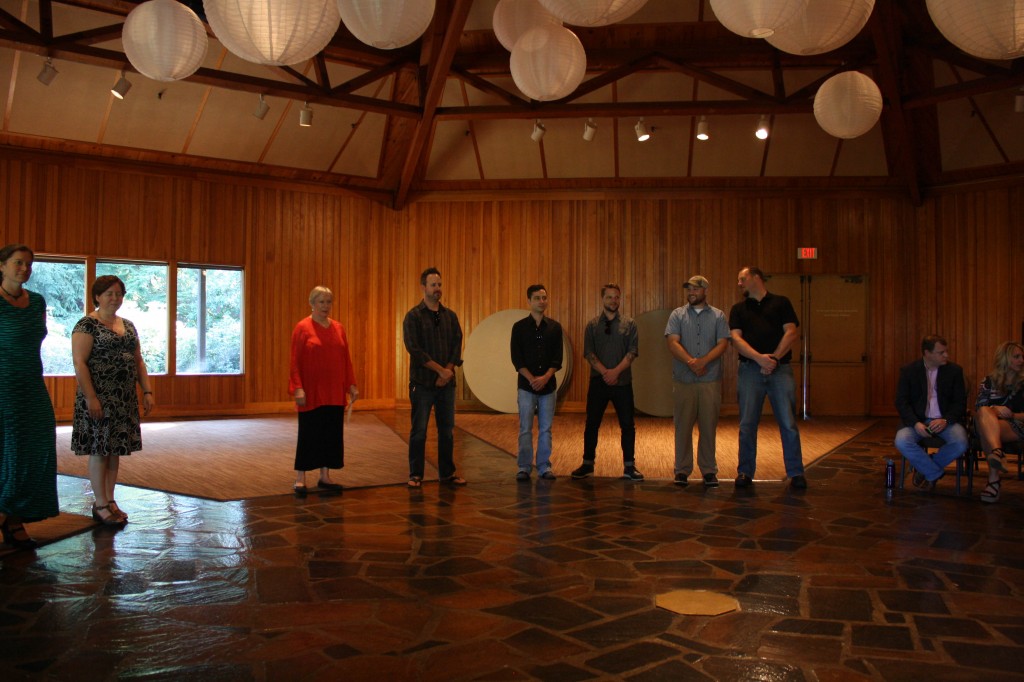 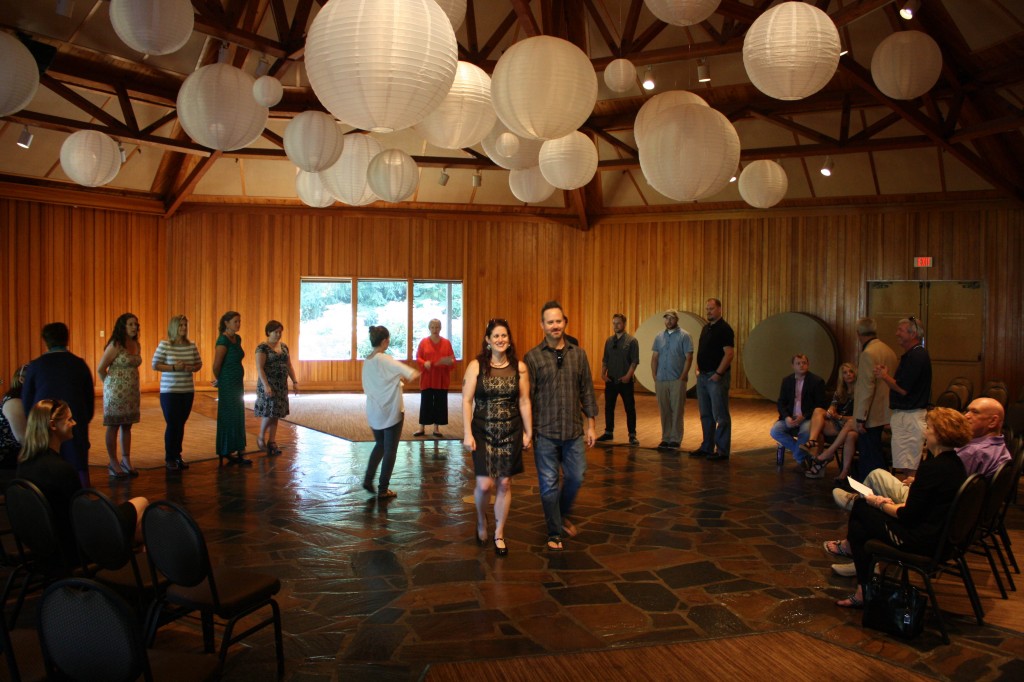 It was getting REAL! It’s weird, I’ve been with Michael for over 6 years and we’ve lived together for 5. All this time I never thought anything would change or be different getting married–other than changing my name really…but it did feel different. The few weeks leading up to the wedding I was very emotional. Some of it was stress (I am NOT good with last minute stuff, I like to take care of things as soon as possible, get them done, then relax. You can’t do that with wedding planning. So much of it has to wait til the very last minute.). Most of it was happiness and excitement. There was definitely nervousness.

I found myself emotional and very sentimental. I’d hear songs on the radio that we had picked for the wedding and I’d tear up. I was imagining the ceremony, the whole evening, and just feeling all the emotions. It was crazy. I wasn’t expecting to feel THAT MUCH about everything. Like I said above, we’d been together for so long! 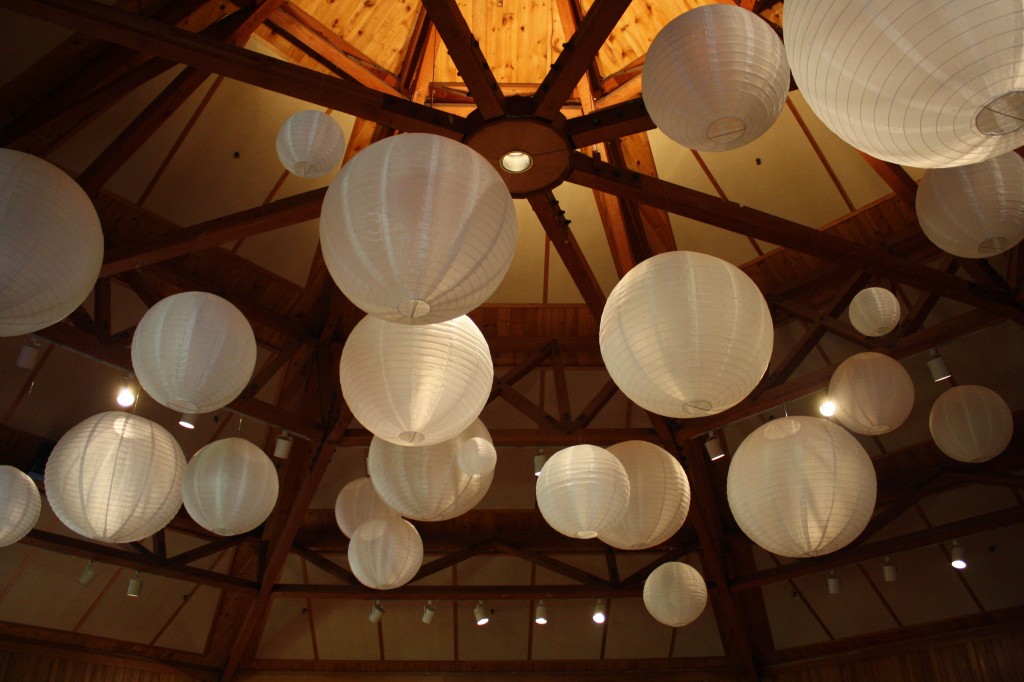 The rehearsal was casual but I wore a dress just to be fancy. 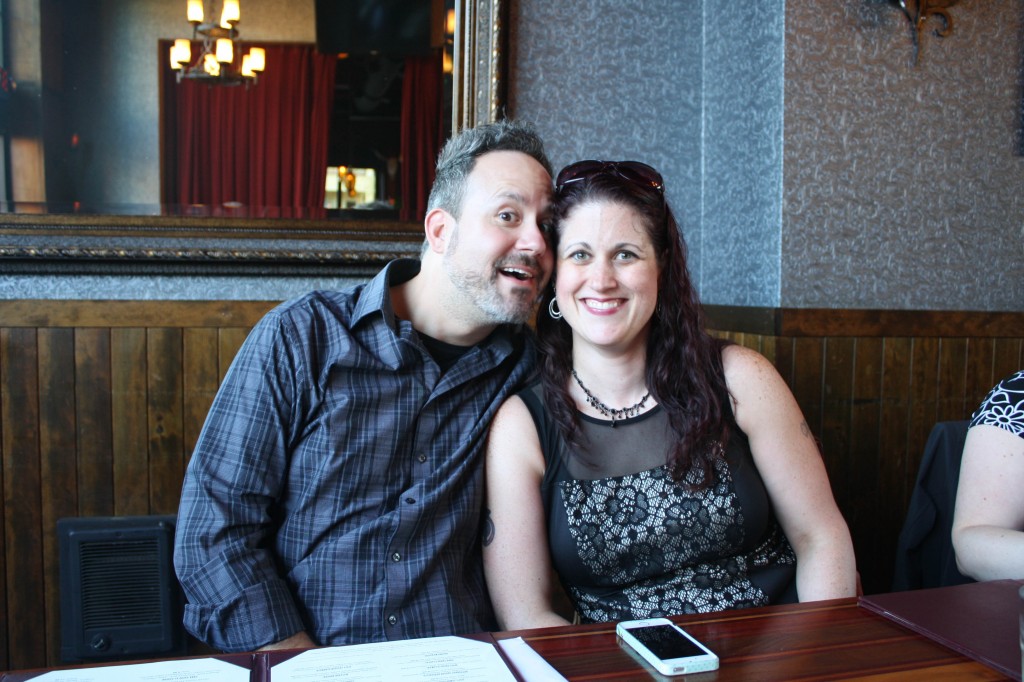 Anyways, the rehearsal went great. It didn’t take very long and I am SO grateful that we hired a wedding coordinator for the day-of. They actually took over the planning and details about two months before the wedding, finalizing the vendor stuff and taking care of the little details. This was the best thing we spent money on. Knowing that someone else was going to take care of everything and make sure it runs smoothly was such a relief. I’m a control freak and try do everything, so it was good she was there. 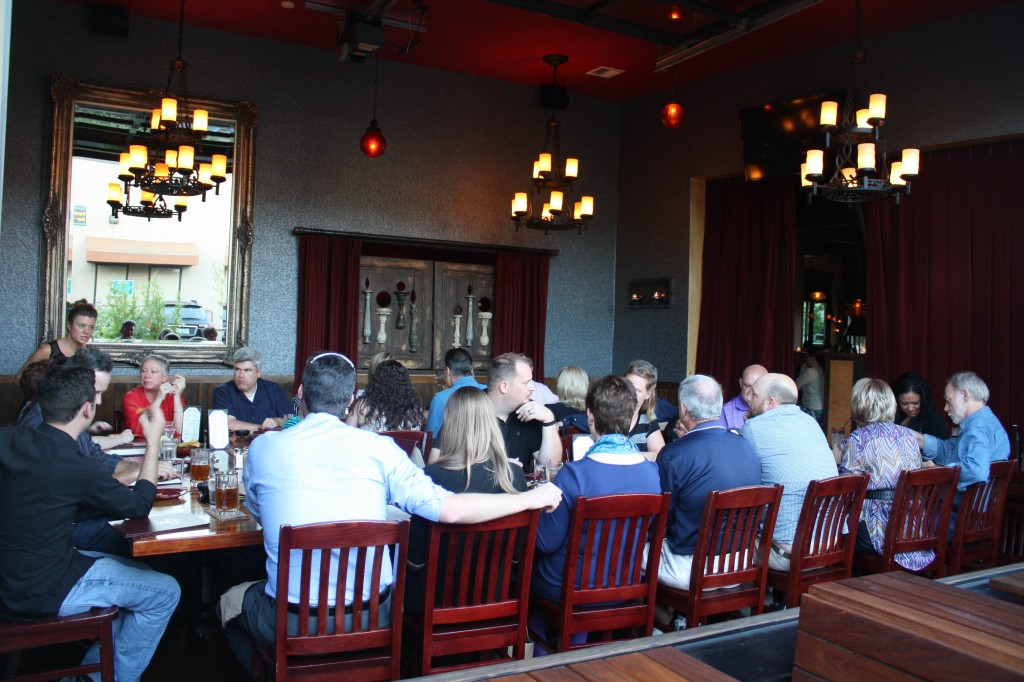 We had the rehearsal dinner at The Matador Tequila Bar. We chose the one in SE Portland, and don’t confuse it with the dive bar on NW Burnside. 😉 The last time Michael’s dad was in town we went to a few different places to figure out which one would work best and it was a fairly easy decision. The food at The Matador is consistently good and I’ve never had bad service or bad food there. Also, I love Mexican food! 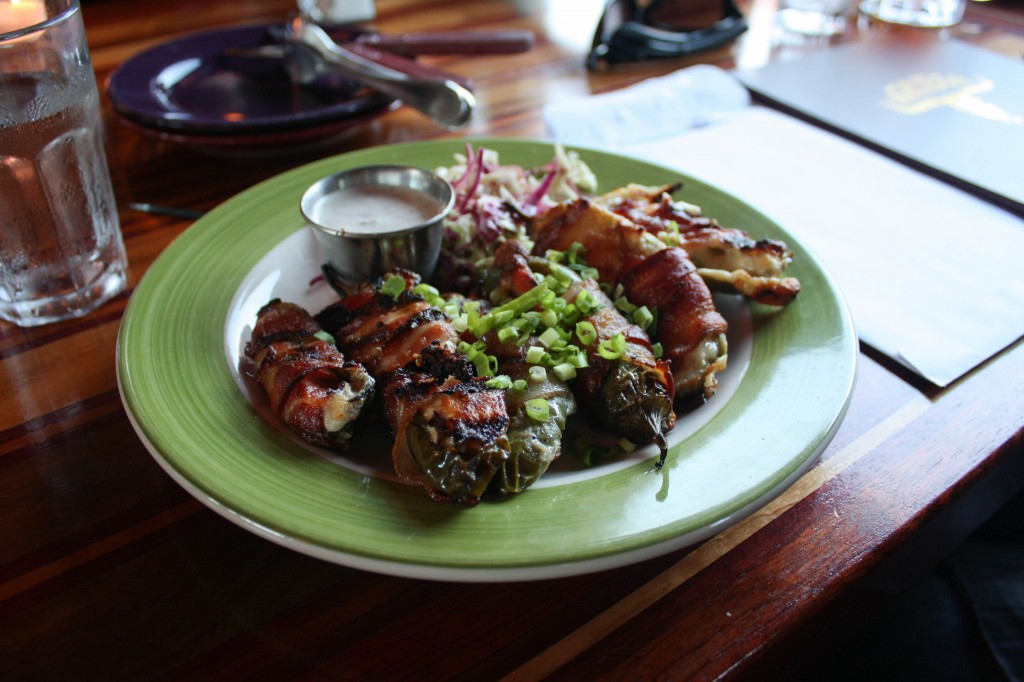 I got a lemon drop drink, ate some chips and salsa and then we ordered a few jalapeno appetizers for the group. We had the back room of the restaurant and it fit all 29 of us pretty well. Mmm bacon wrapped jalapenos stuffed with goat cheese. So amazing! 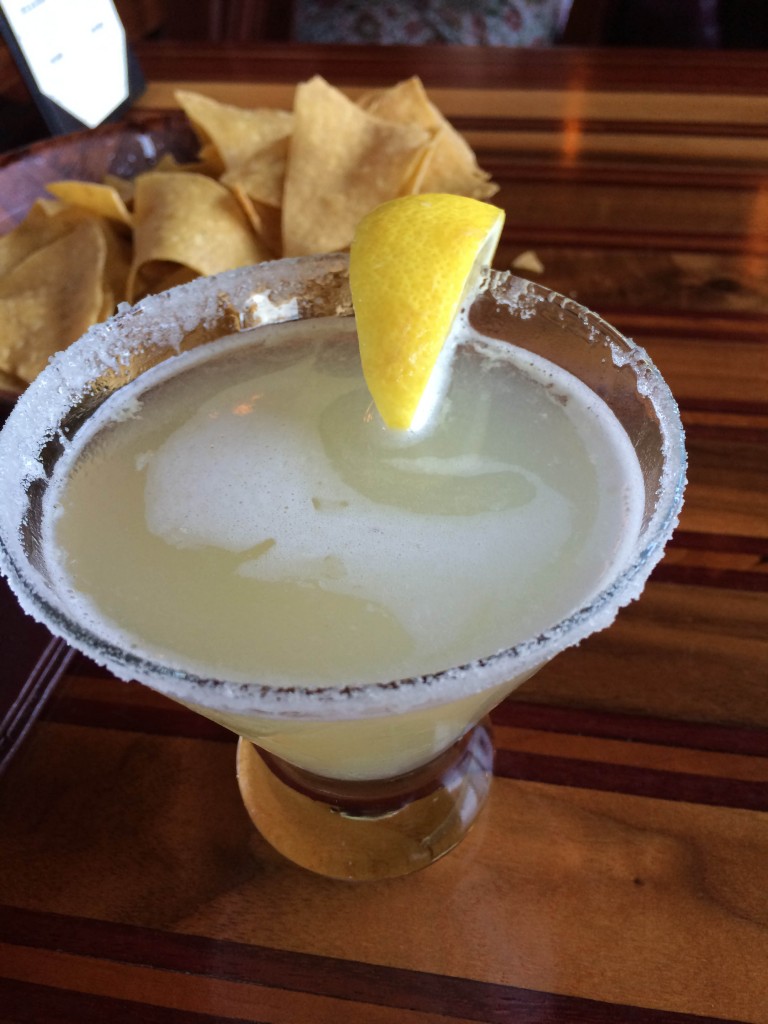 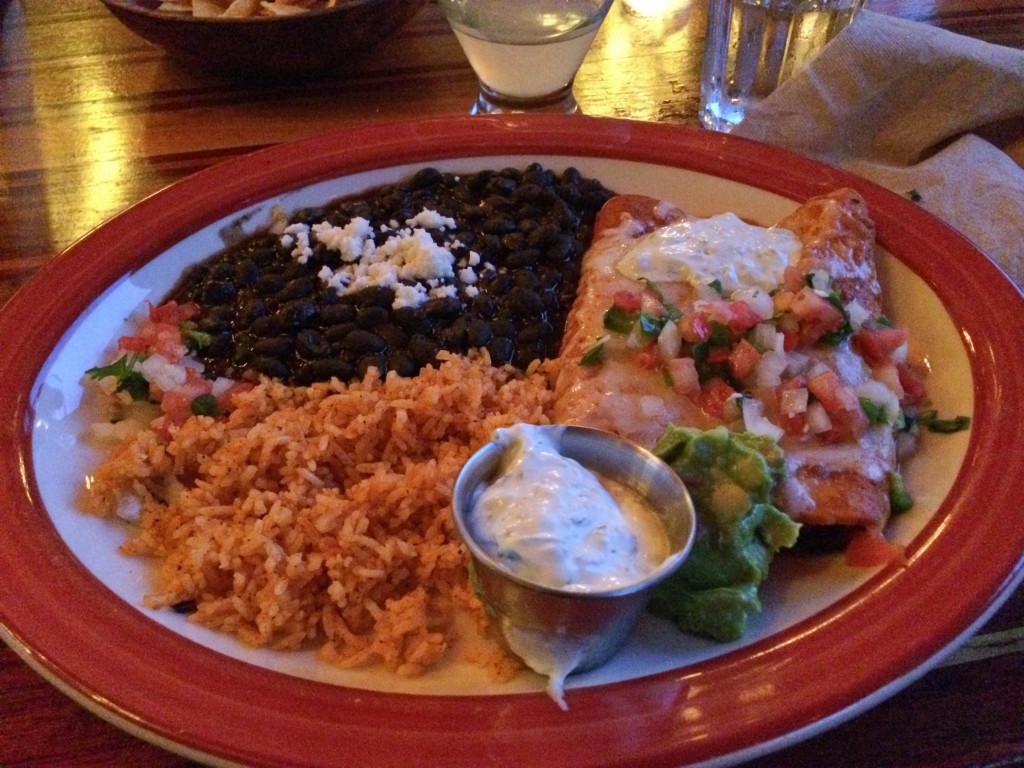 I mingled, I ate a little bit, a drank a little bit. Michael’s dad gave a short speech that got me a little teary eyed. Everyone was lovely and I just felt all the love and happiness in the room! 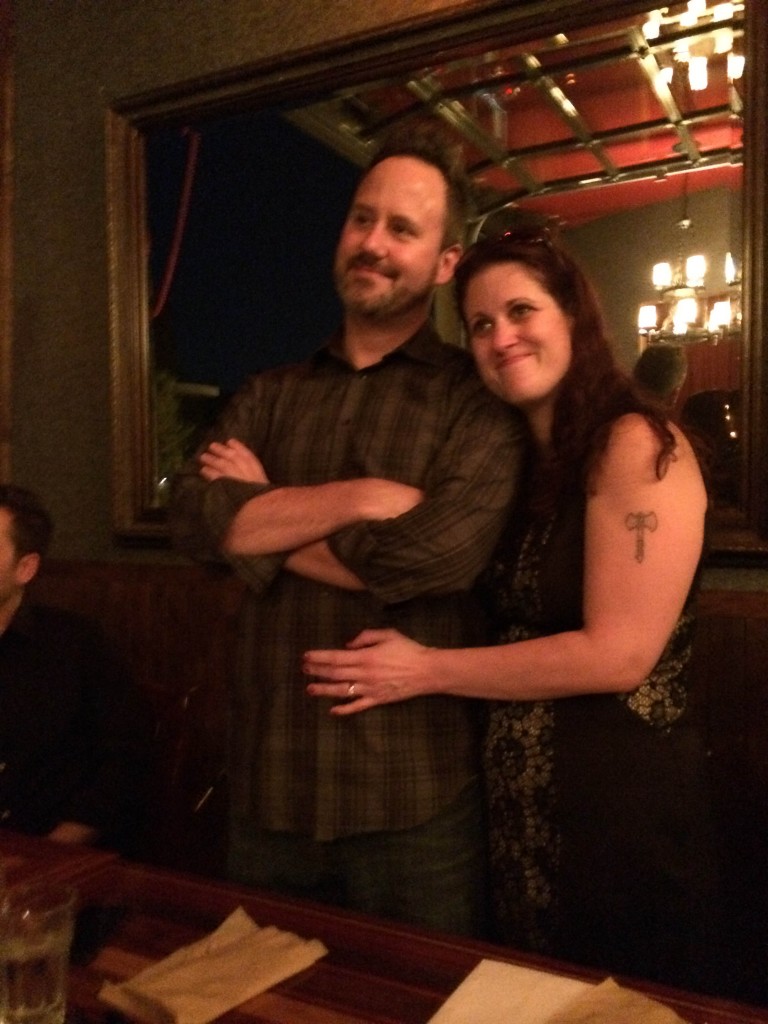 And someone got me a shot. 🙂 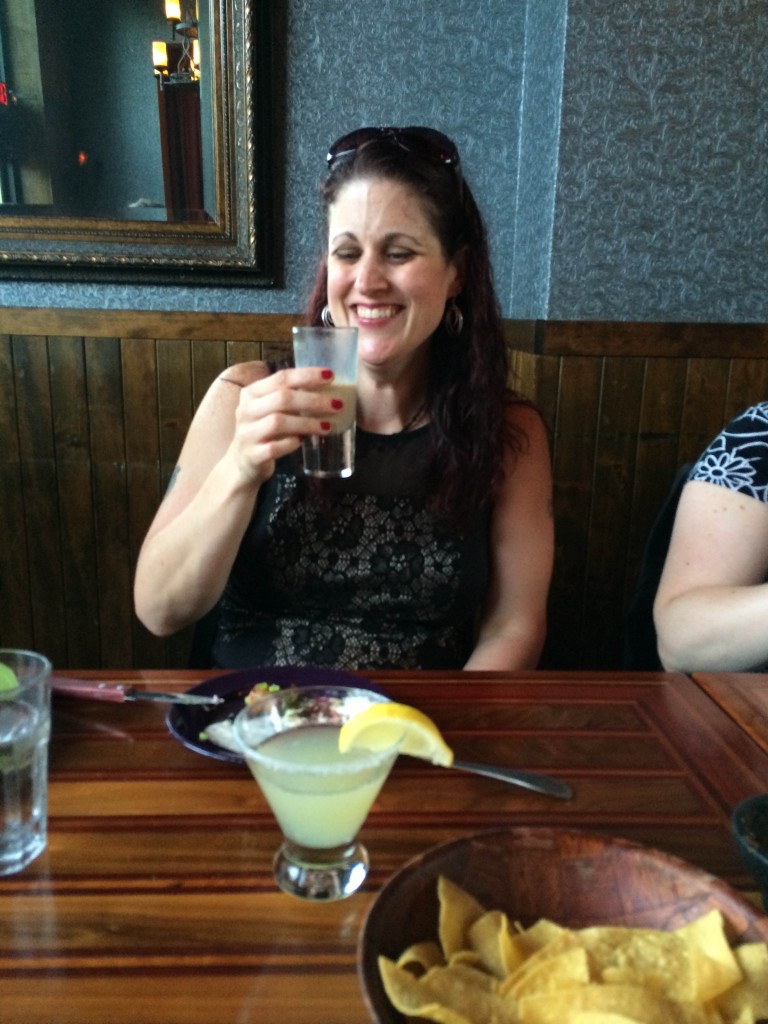 It was a very hot day and didn’t cool down until pretty late in the evening. I think we ended up leaving the restaurant at 10, a lot later than I had planned. 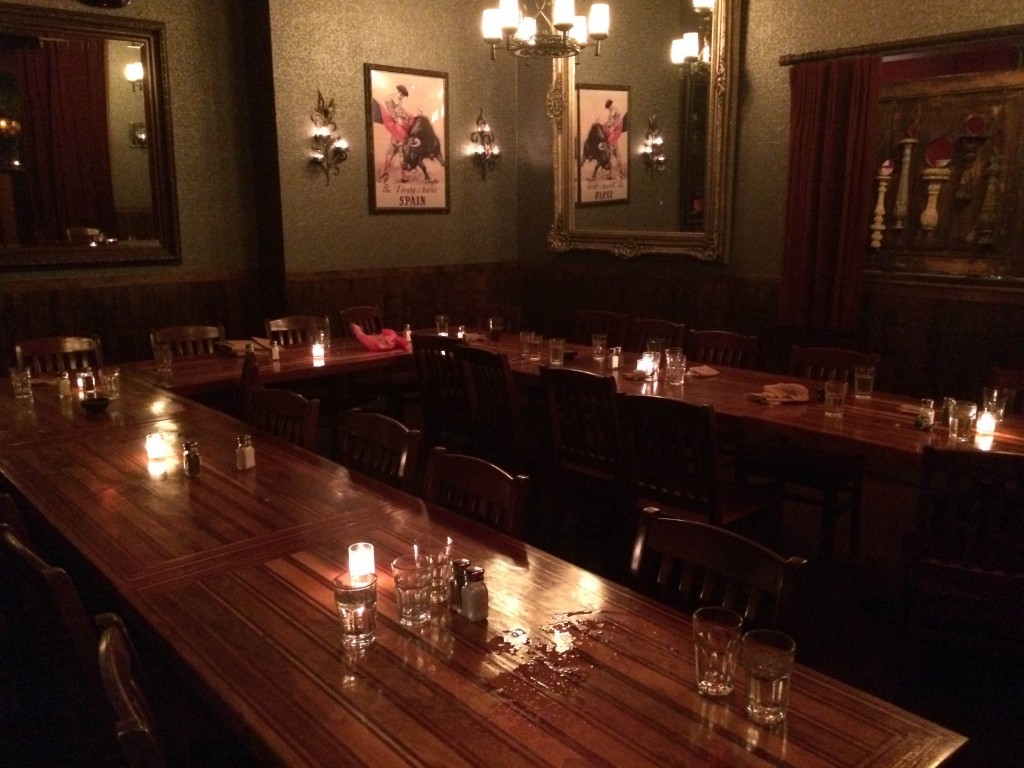 Michael drove Rachel and I to our hotel downtown where we were spending the night. 🙂 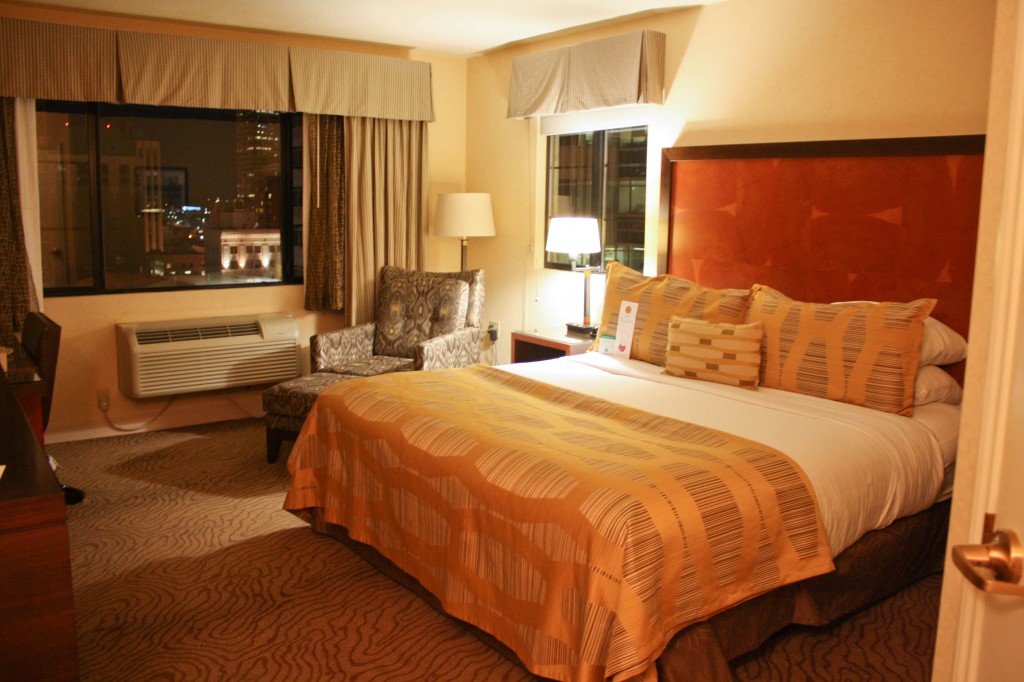 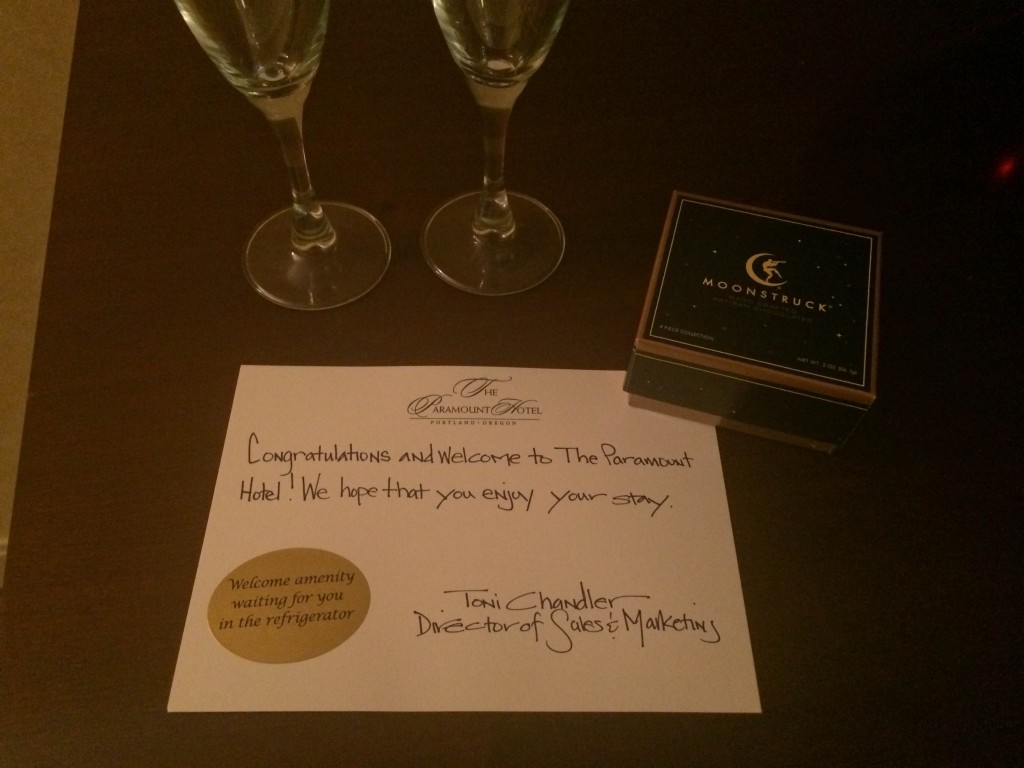 I didn’t sleep well the night before. I’m sure most people are like that. But man I was TIRED in the morning! Lots of coffee later…my mom picked up Rachel and I and we all went to get our hair done. 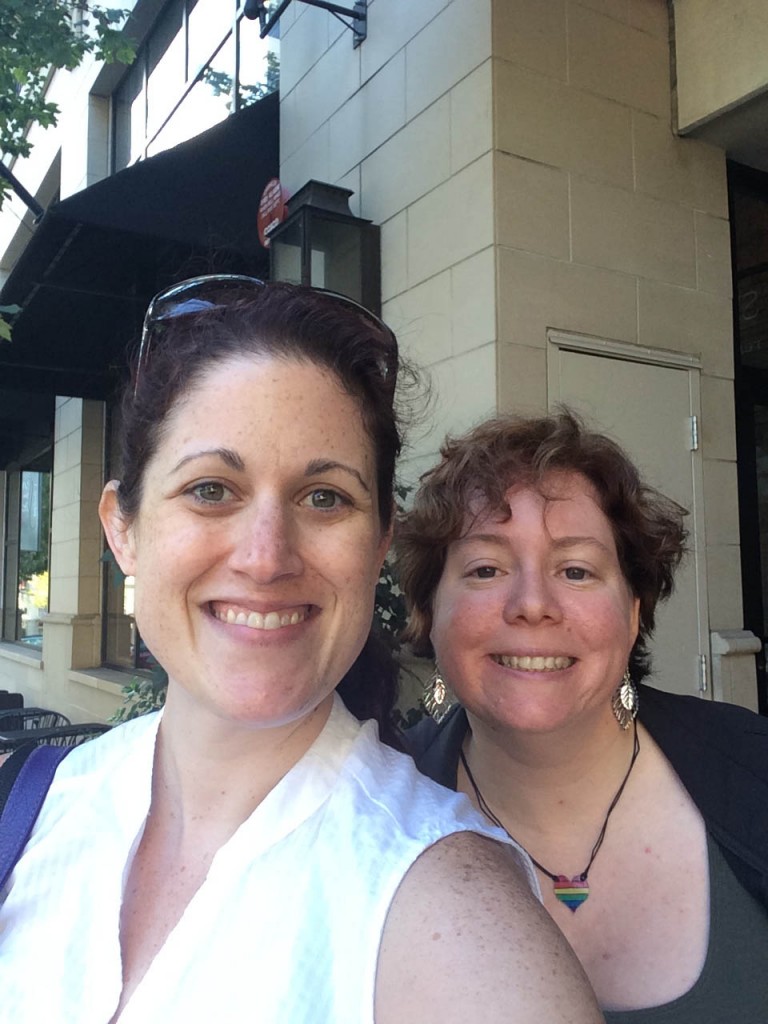 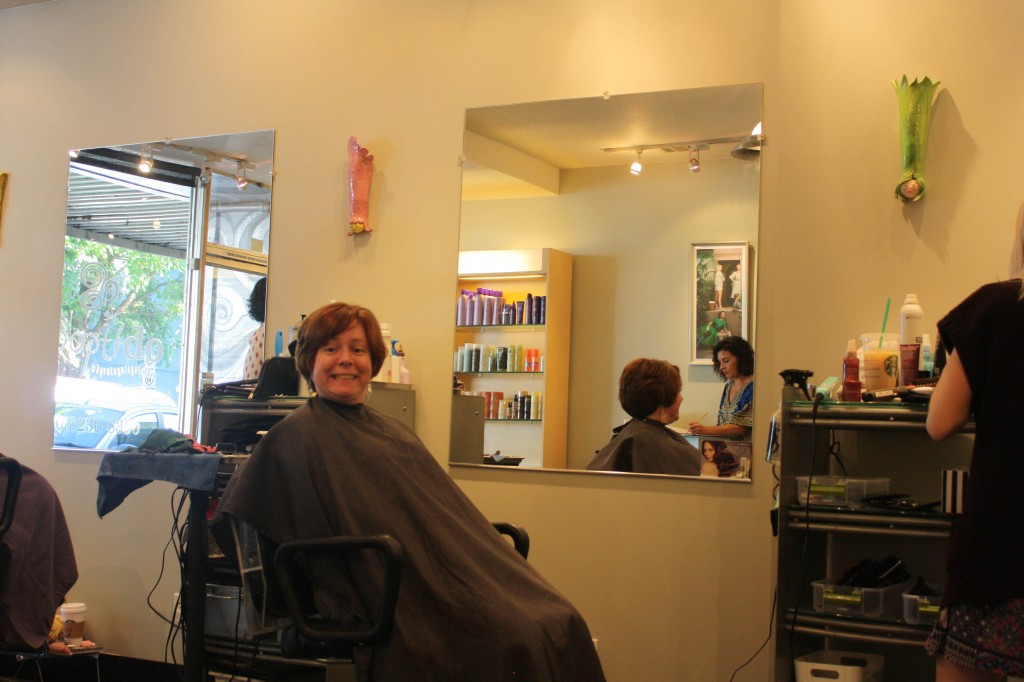 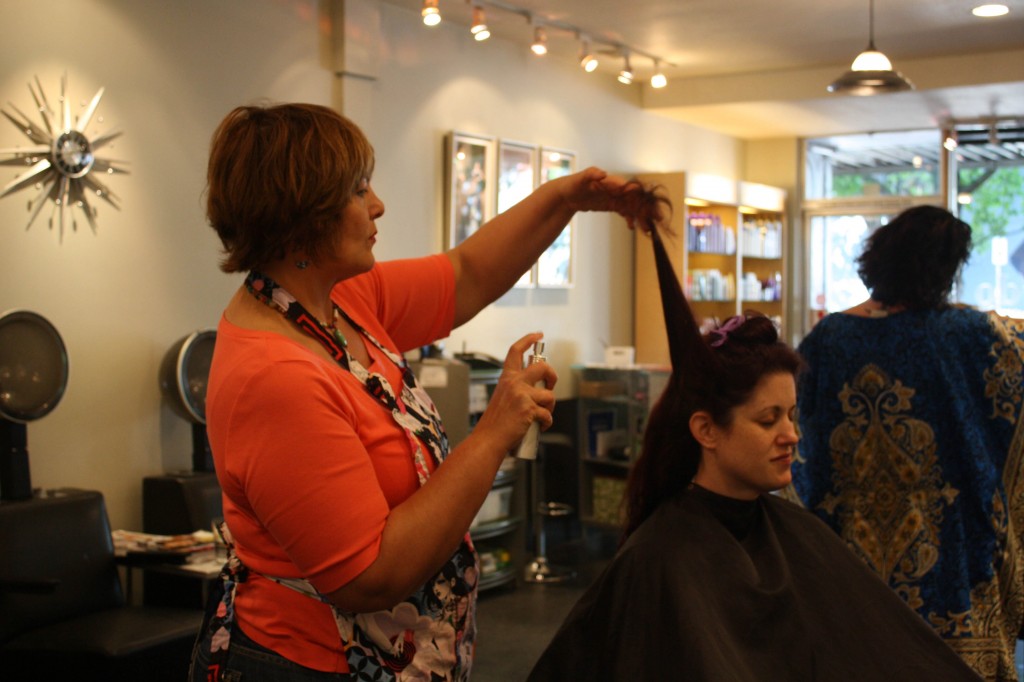