We’ve had a house guest for the last few days and over the weekend I had a bit of a stomach bug. Not sure if I ate some that didn’t agree with me or what, but I took it a little easy. Honestly after having a busy few weeks it was nice to relax and watch some Netflix and decompress. I started watching “Bosch” on Amazon Prime. If you have Prime, I highly recommend it! It’s REALLY good! The books are great, too, if you haven’t read those. 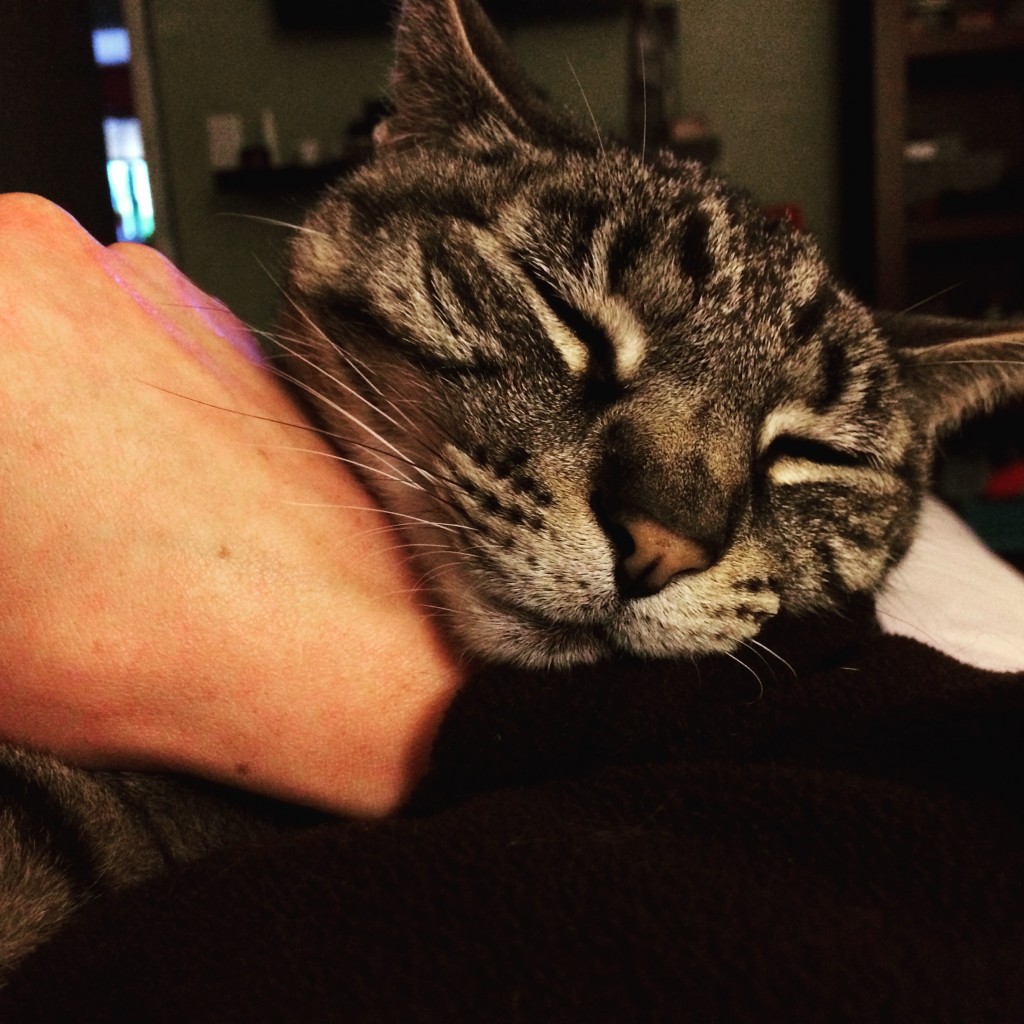 So Sunday came and I met a friend for a walk. She recently had a baby and it was a pleasure seeing the little one! We got in a nice walk–around 3 miles or so. Then Michael and I went out for a hike after lunch. We needed something near the city because we were racing the forecast of rain. 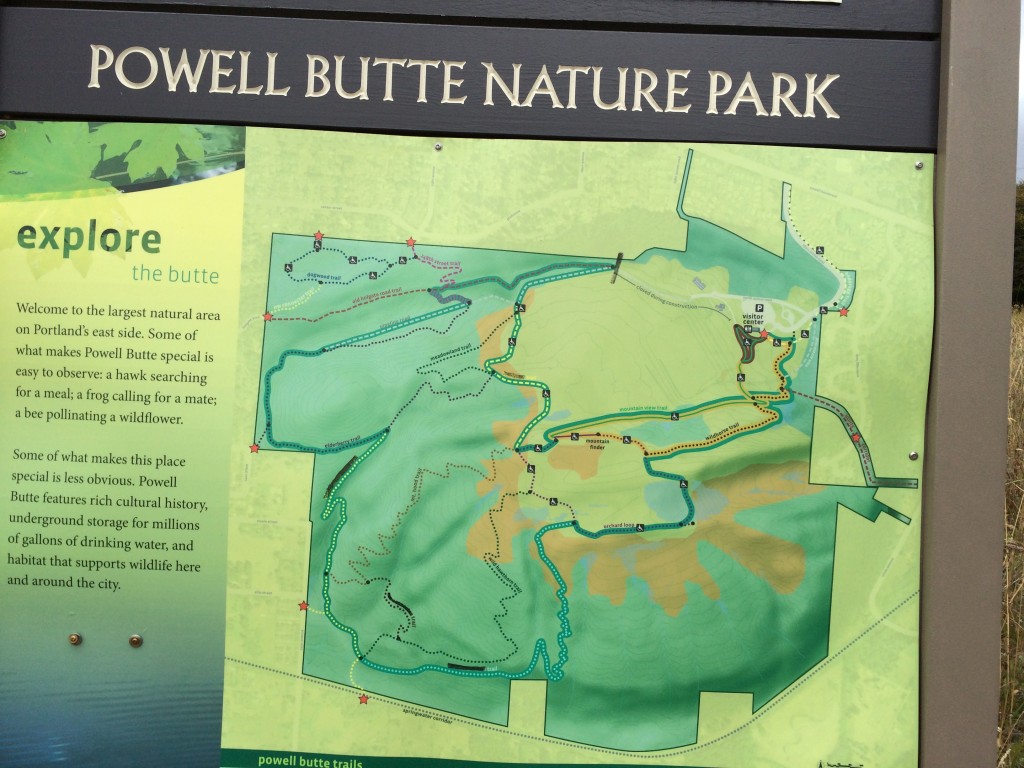 We went out to Powell Butte Park in SE Portland. It’s a quick, easy drive and a nice little park in the city. If you’re looking for a hike to do on the east side of town, this is a good one. The last time I was there it was under construction but now it’s mostly done and the trails are really nice! It’s a huge park with sweeping views of the city, the countryside and various mountains. 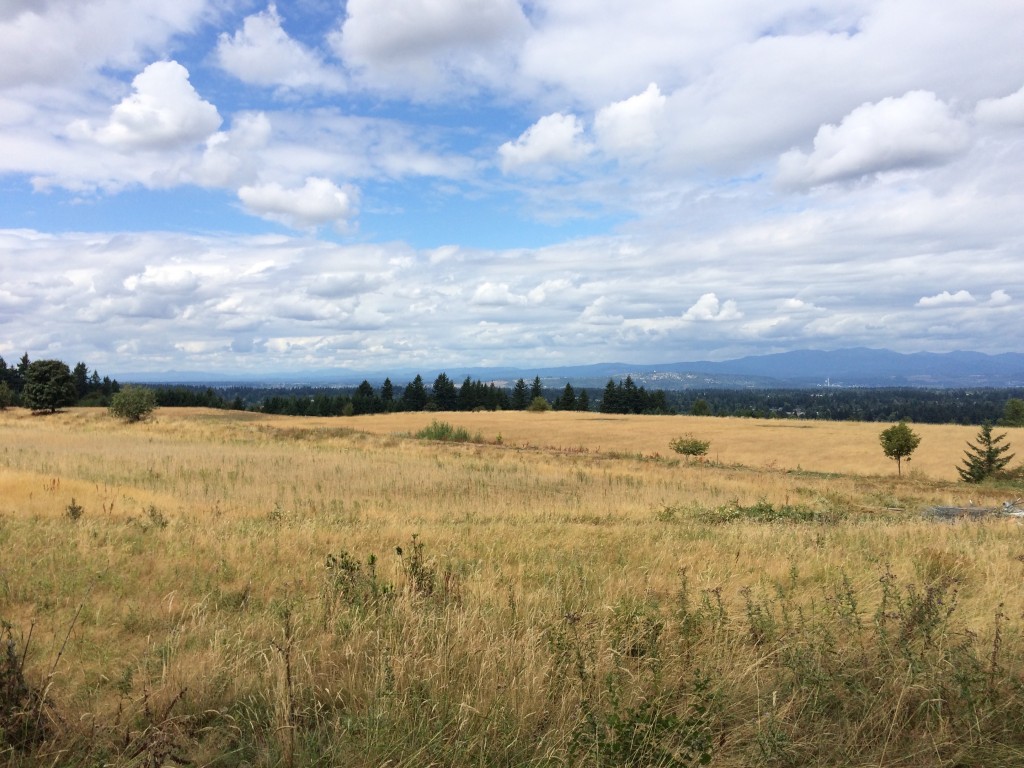 It’s not a really strenuous hike, but there were a few parts of the trail that got my blood pumping. There are mountain bike trails and we saw evidence of horses, too. The clouds were looking ominous, but it seemed to be off in the distance.

Part of the path is paved. Then it turns into gravel. Then the trail goes downhill and into the woods. There were tons of mountain bike trails with hills and stuff. We hiked through the woods and it was nice. Not too crowded out there. 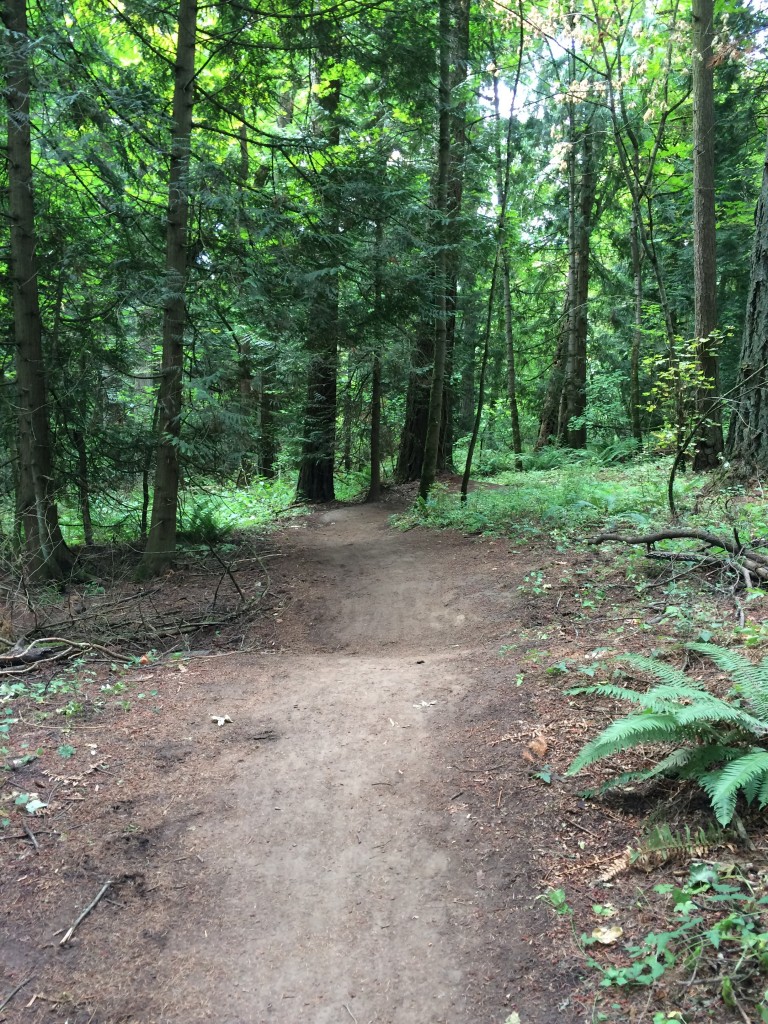 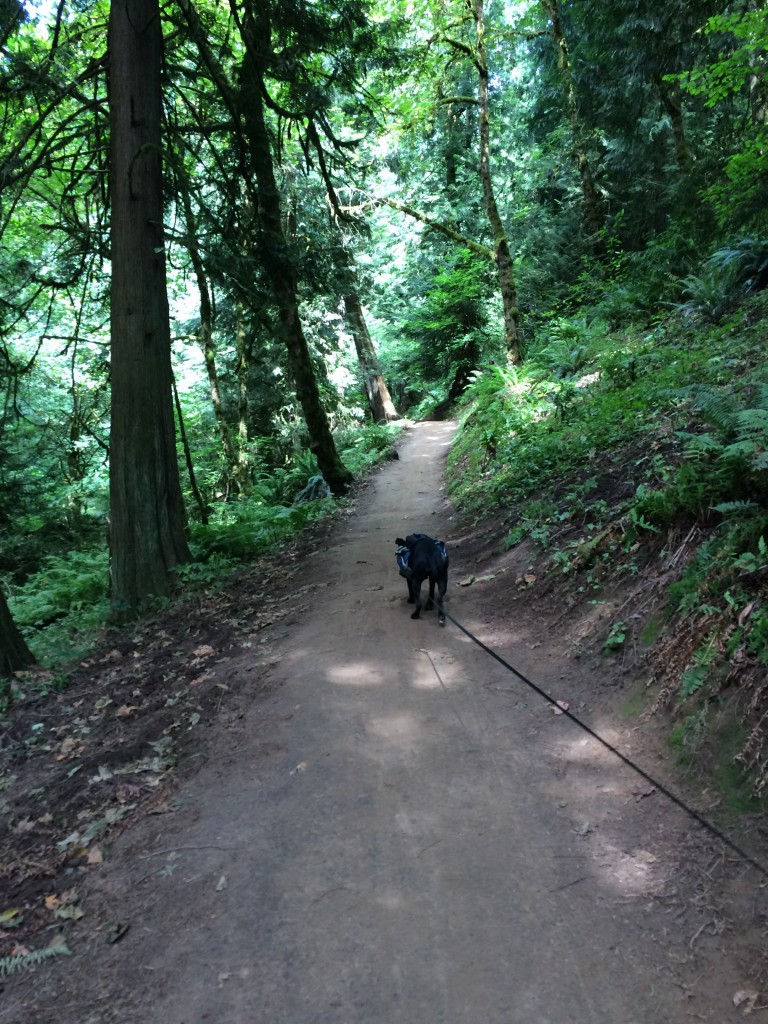 We came out of the woods and started hiking back up the hill. We saw the dark clouds and could see the rain far off in the distance but it still looked far enough way. We hiked around the summit and looped around the whole park. 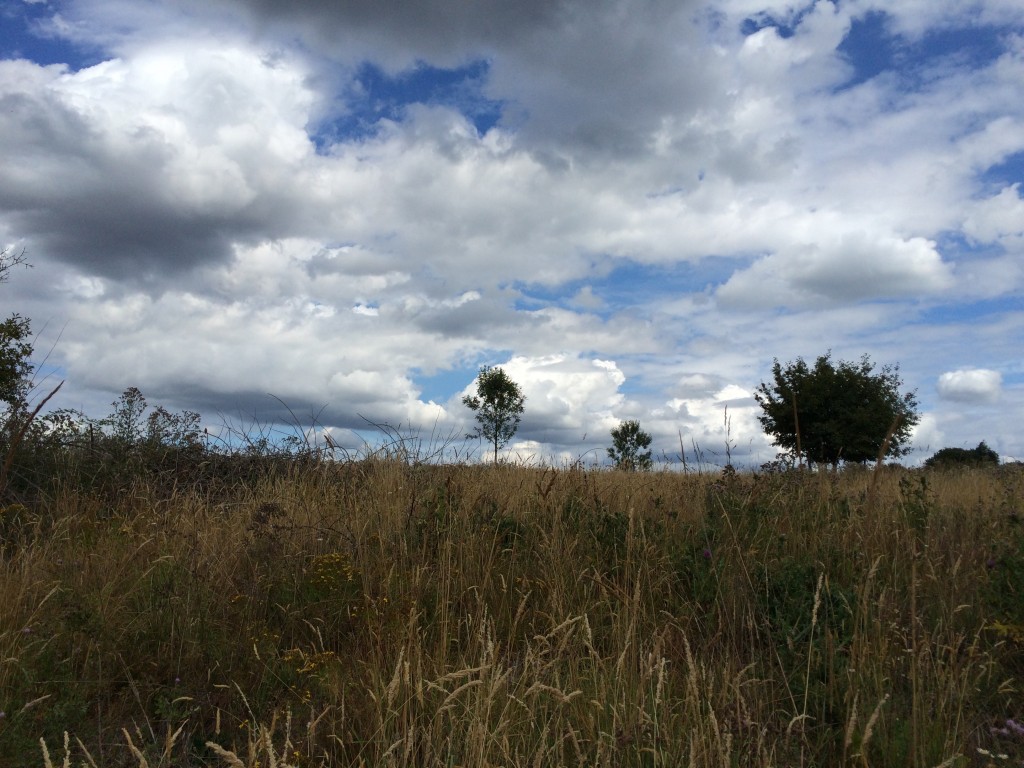 There was a viewpoint with markers showing what each mountain was off in the distance. 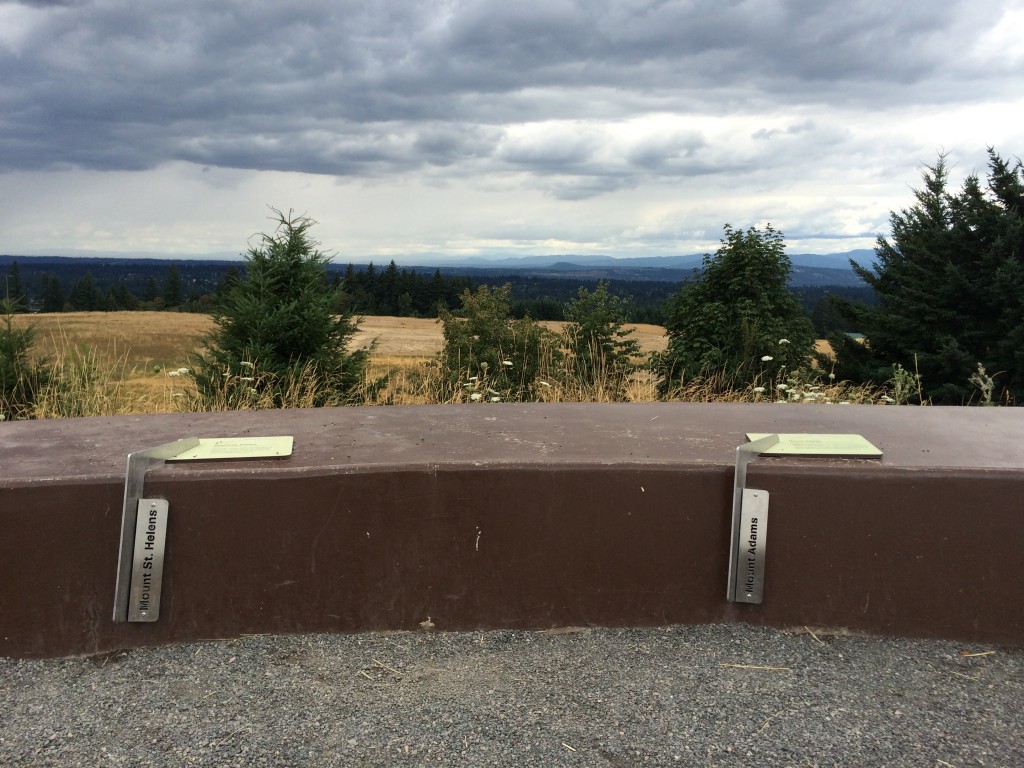 I was starting to get tired and a little sore. (I did a lot of weights Saturday and was a bit sore from that in addition to walking earlier in the day.) We saw the dark clouds moving even closer and then we heard thunder! Thankfully Bella didn’t seem to notice or hear it, so that was good. We picked up the pace and headed back down the trails to the parking lot. Then we saw this guy: 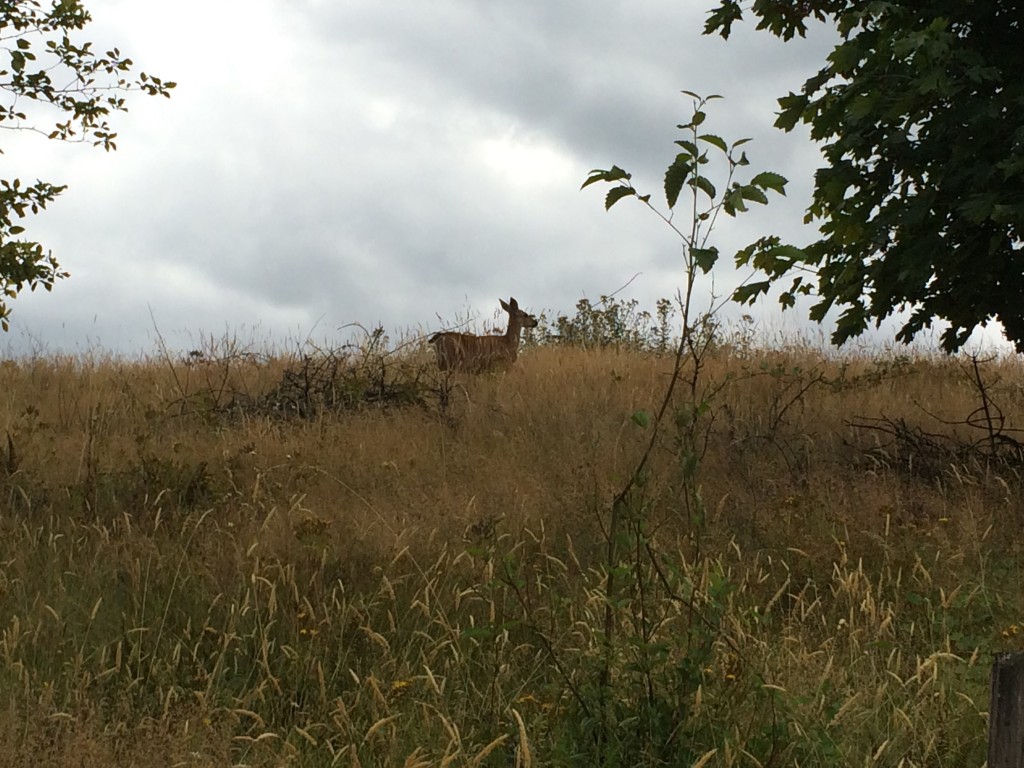 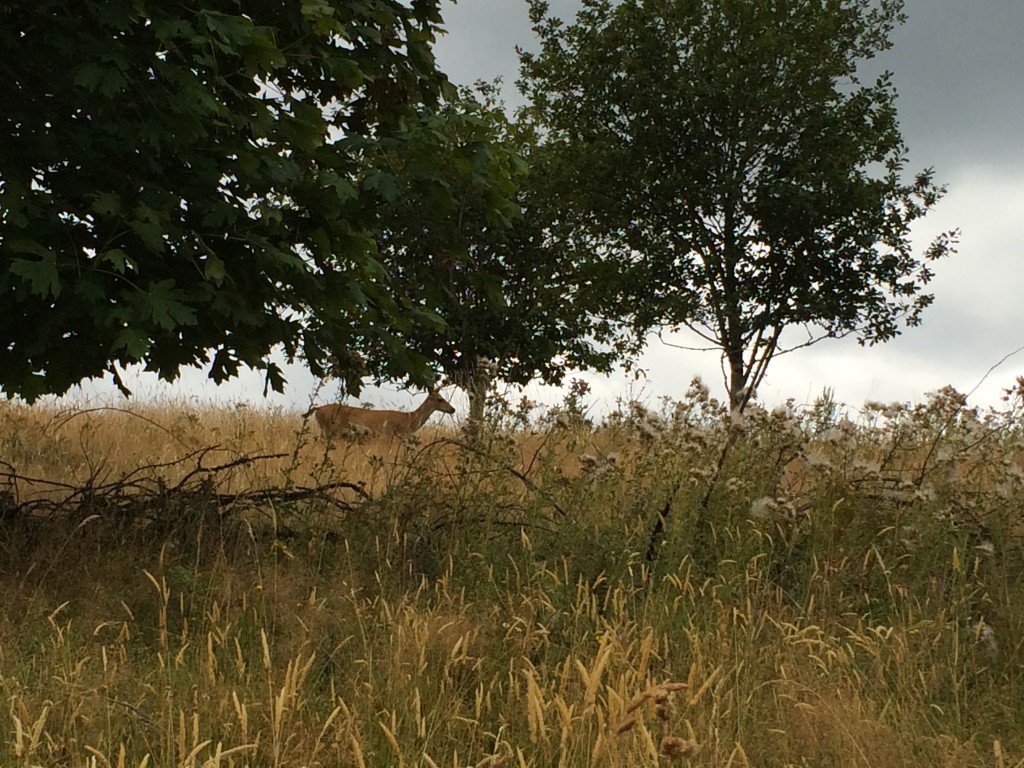 We’d heard rustling in the hillside above us and then we looked up and saw the deer! Wow! Again, Bella was oblivious–which was good. She didn’t bark at the deer and freak it out. Bella was too preoccupied by smelling something in the bushes. LOL 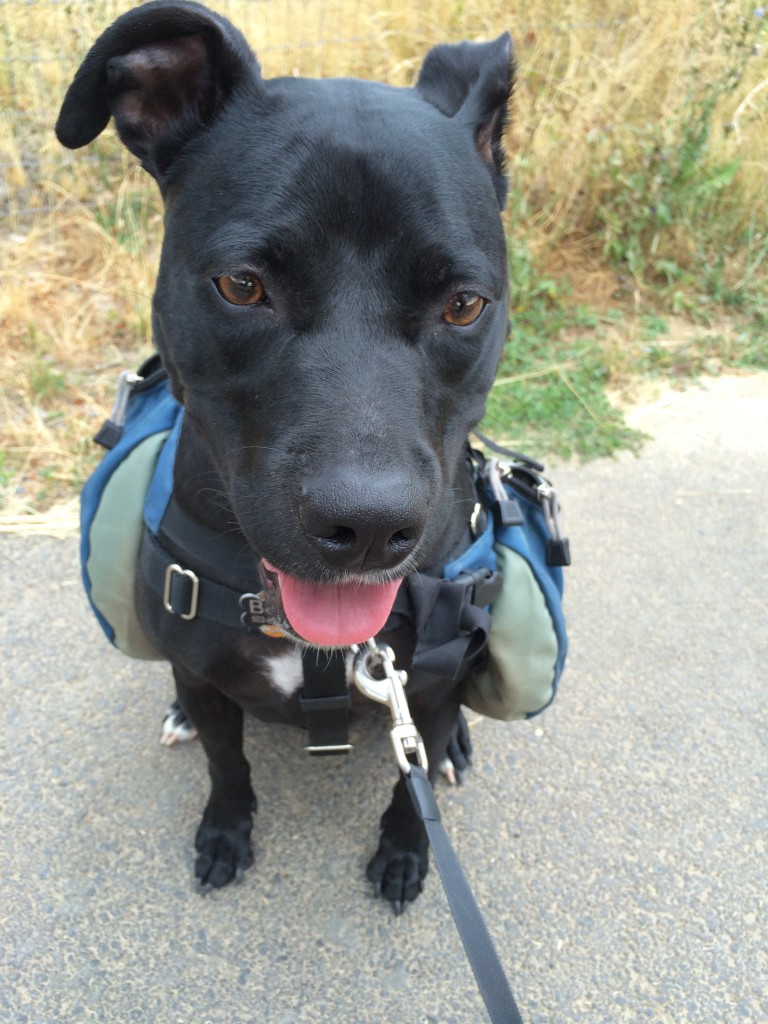 Back at the car. We did just under 4 miles. I burned 431 calories. It was a good little hike for a quickie exercise when pressed for time. I was happy with my numbers. Michael’s were a little lower than he wanted. 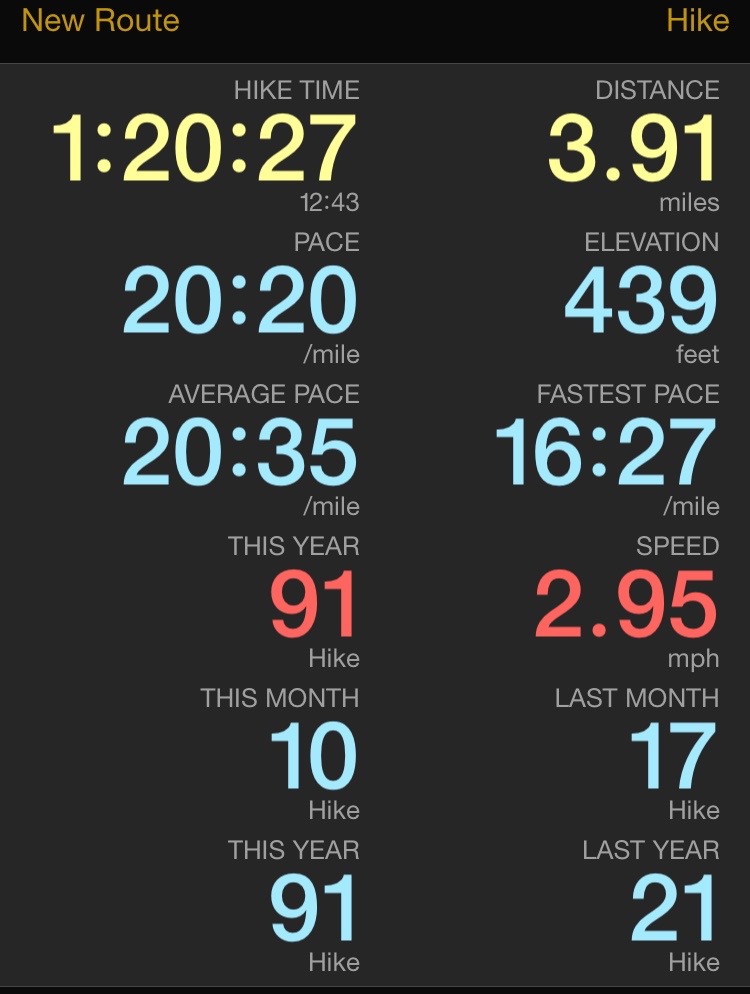 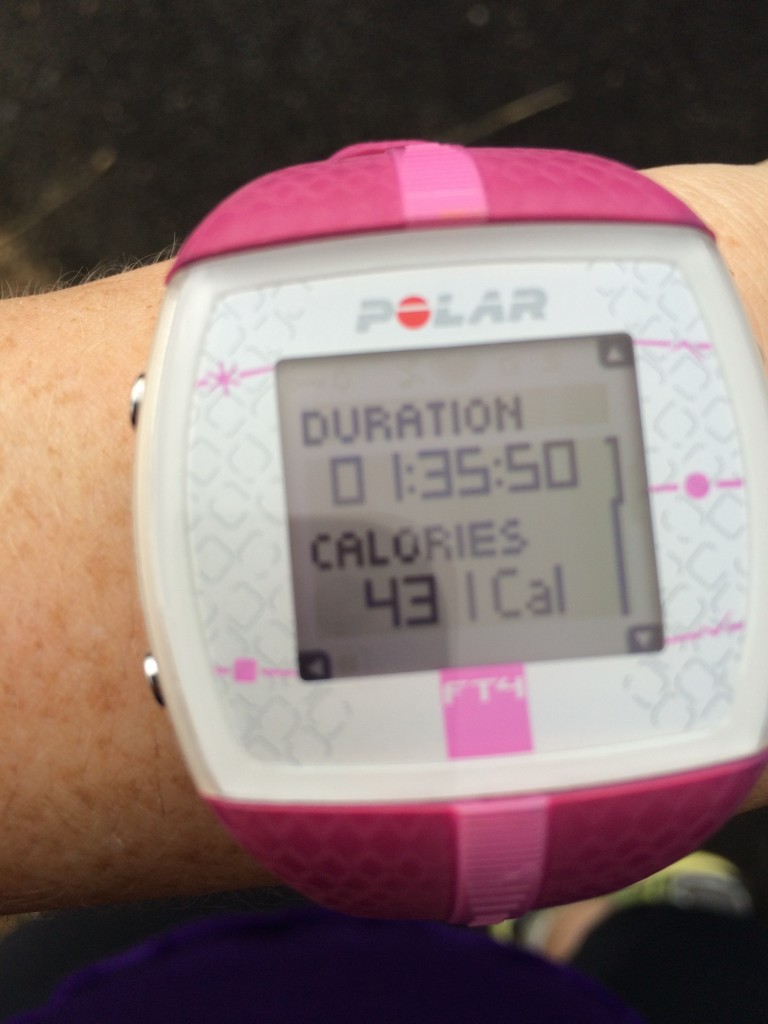 As Michael was driving out of the parking lot the rain started. We’d just missed it! Then it started to downpour and it rained for most of the drive home.

Dinner was jalapeno poppers (fresh from our garden) and steak topped with caramelized onions. I made us side salads with romaine and spinach and fresh roma tomatoes from the garden. Dessert was some vanilla ice cream with fresh strawberries and some chocolate on top. 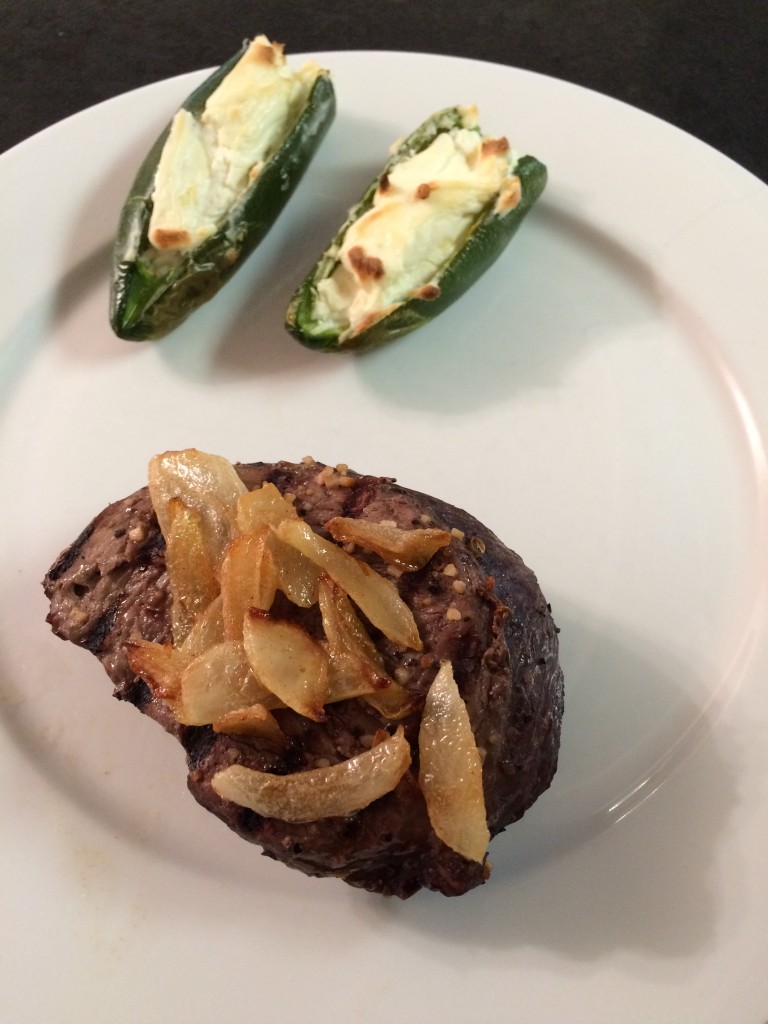 Those poppers, by the way, were borderline nuclear hot. We are definitely having a HOT jalapeno summer!

Another Look at Breakfast