This past weekend I went on a little getaway with Michael to the beach, courtesy of Living Social. We stayed at Adrift Hotel in Long Beach, Washington. It was a really cute hotel– modern, shabby chic, minimalist. Definitely a cool, 20-30-something vibe and definitely not a family type place.

We got in later than planned and checked in before going to the bar for a drink. I could see the beach from our hotel room, but couldn’t hear it. Our room was on the 4th floor of the hotel (the top) and at the other end was the restaurant, where they played live music at night. This is why I don’t think it’s a great place for families–or people wanting to sleep! But if you want to party, it’s perfect! Thankfully our room was at the opposite end of the restaurant but we could still hear the music. 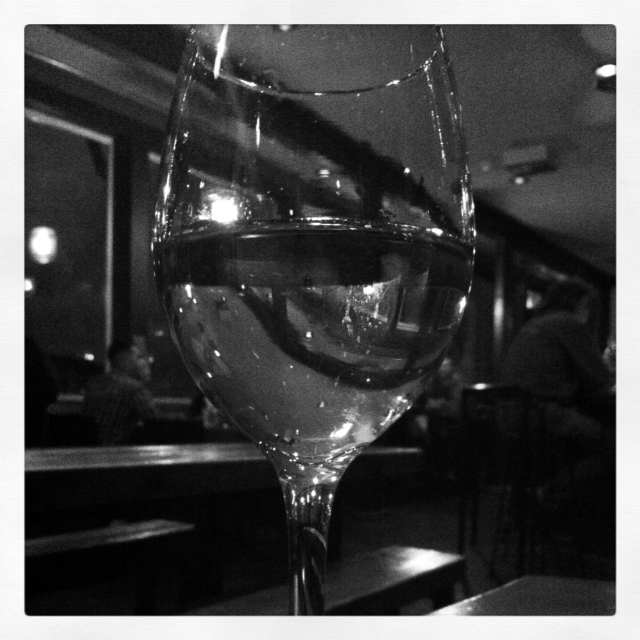 The restaurant was called Pickled Fish and the food ended up being really, really good. Friday night we just had a drink together to unwind after the long drive. The route we took was really bizarre–the app on Michael’s phone took us north into Washington to Kelso, then somehow we crossed a bridge and we were back in Oregon before we ended up crossing another bridge back into Washington. It was totally strange! I ended up calling my dad, the expert, and asked him what was up. I guess there wasn’t a direct route on the Washington side of the Columbia River and that’s why we ended up taking a roundabout way.

On the way to the beach we’d stopped at Plaza Jalisco in Kelso, WA for dinner. The outside was sketchy and iffy, but once you were inside it looked just like any other Mexican restaurant and the food was a surprise! It was so good! I got the tacos and the portions ended up being so huge, probably enough food for three people. I ate the meat out of the tacos and skipped the tortillas, some of the rice and beans and called that good. Then, at the end of the meal they brought out dessert! It was a scoop of vanilla ice cream on top of a crispy tortilla topped with whipped cream and drizzled with chocolate sauce. Delicious, ridiculous, and way too much food. 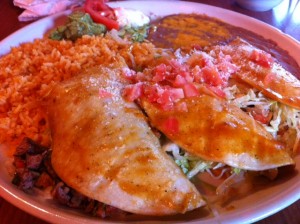 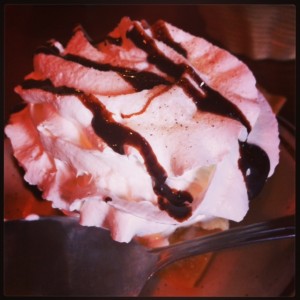 Anyways, back to Adrift. I ate way too much dinner and so the glass of wine at Pickled Fish was plenty for me. I got a glass of the Mount Baker NV Oyster Blanc. It was tart like a sour apple and hit the spot.

One of the downsides to the hotel we were staying at was that there wasn’t a pool or a gym. Those are definitely amenities that I look for in a hotel. You could “rent” beach cruisers for free for 2 hours at a time but with my knee issues, I wasn’t riding any bikes. There were also trails and a boardwalk that would be perfect for running–again, something I couldn’t do. 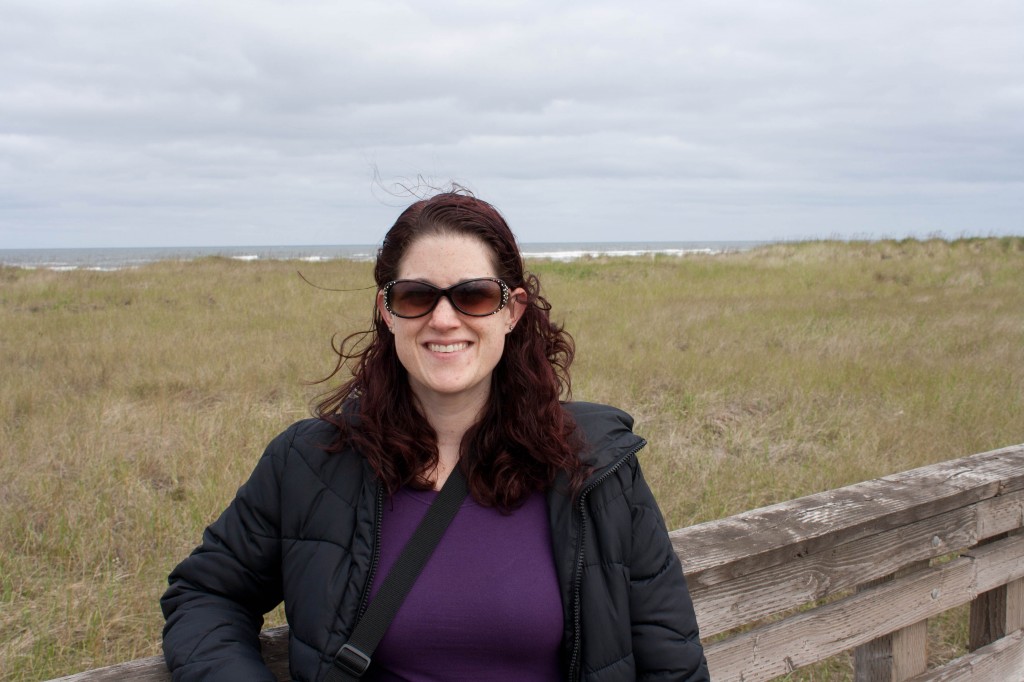 But I COULD get in a mini workout despite not having a gym. I spent 45 minutes doing an ab workout, body weight exercises like burpees and push-ups and I also used the Nike Training Club app to do some workouts. It was better than nothing! 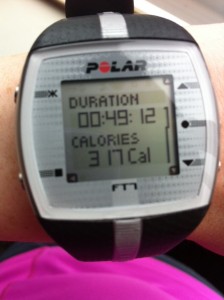 After that we went to breakfast at the 42nd Street Cafe. There were two twin boys at the table next to us (probably 2 or 3 years old) that wanted to play peekaboo with me. It was adorable! Michael got the jambalaya omelette and said it was fantastic (odd but great flavors) and I got the smoked salmon scramble. 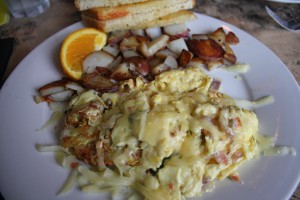 My scramble had spinach and gruyere cheese in it. It was pretty good but kind of skimpy on the salmon. After breakfast we checked out the North Head Lighthouse. It was built in 1808 and was just a gorgeous piece of history. I recently finished a great book, The Light Between Oceans, which was about a lighthouse keeper, and while I was touring the lighthouse I kept thinking about that book and what the life was like back in the day for the lighthouse keepers. If you read the link about North Head Lighthouse, the history of one of the keepers and his wife is oddly similar to the book! 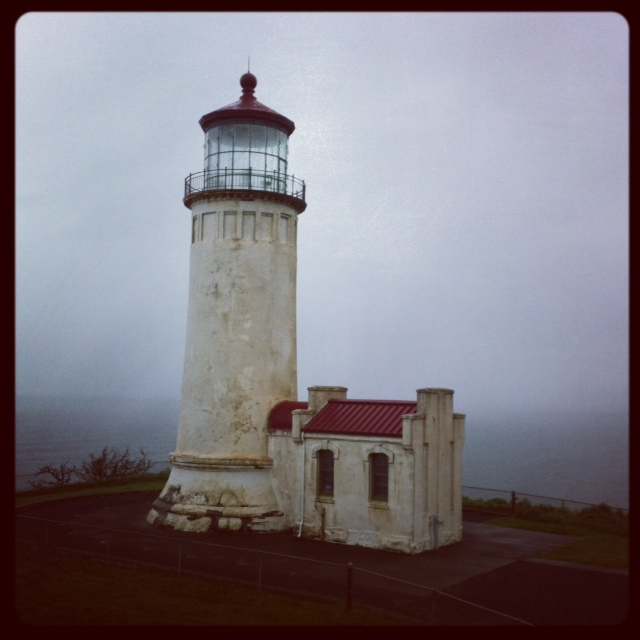 It was a gray, misty, sometimes rainy day so we didn’t do much exploring. It’s a shame because it was such a scenic area with lots of oceanside trails that weave in and out of old growth forests. 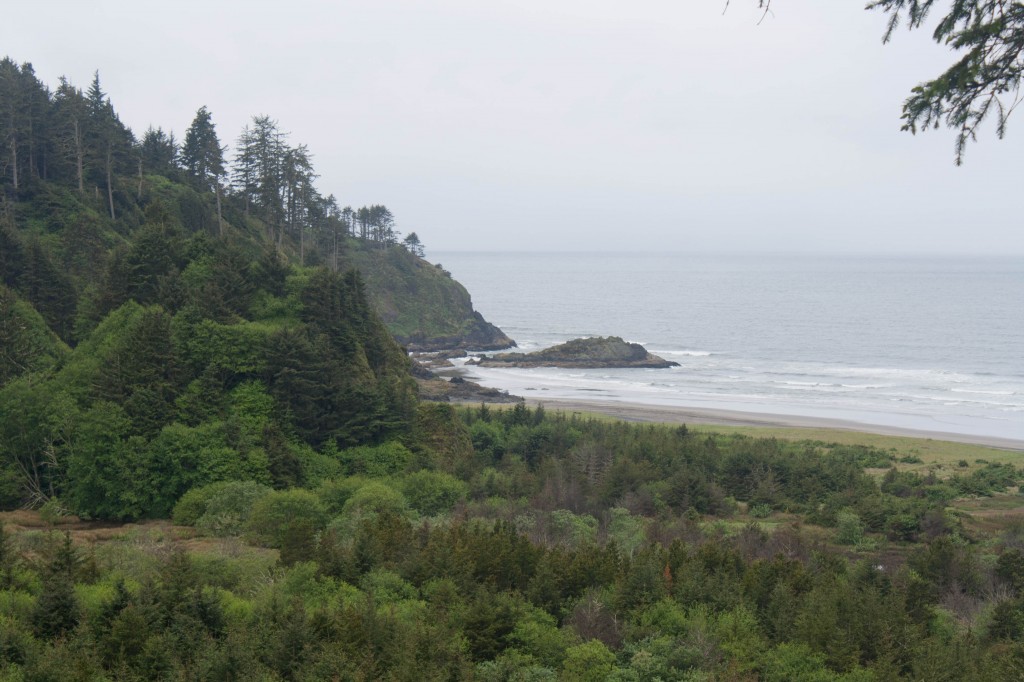 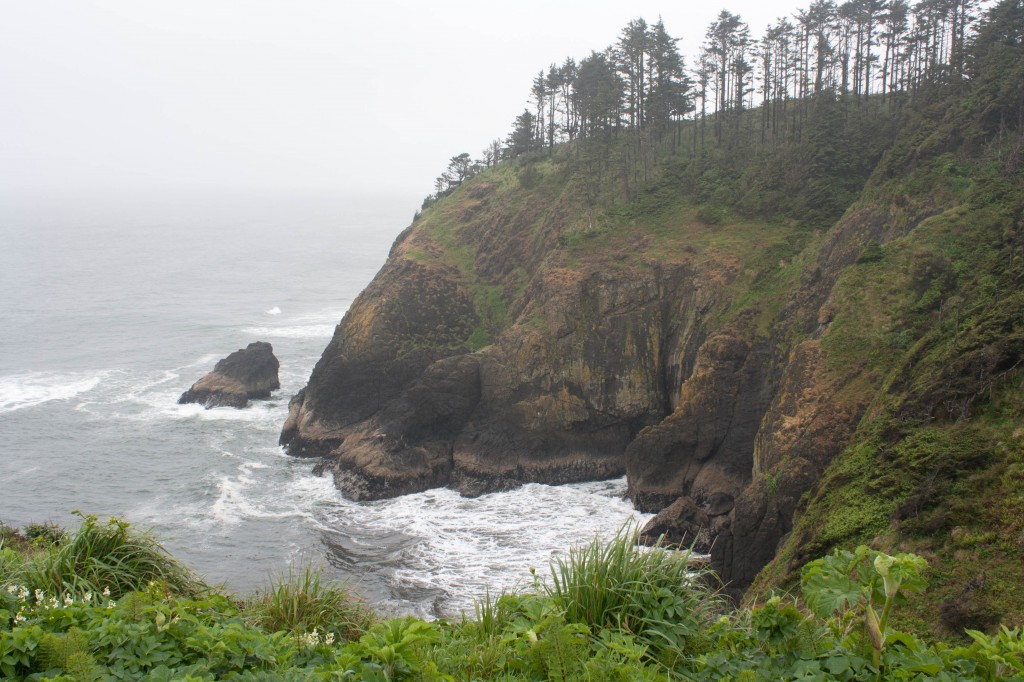 Most of the stuff I had planned for that weekend involved things like hiking. When we’d booked this trip a few months ago I guess I was hoping I’d be better by now. Oh well. I was definitely disappointed that I couldn’t do much–and oddly enough, where the lighthouse was built is called Cape Disappointment. Oh the irony. Sigh. 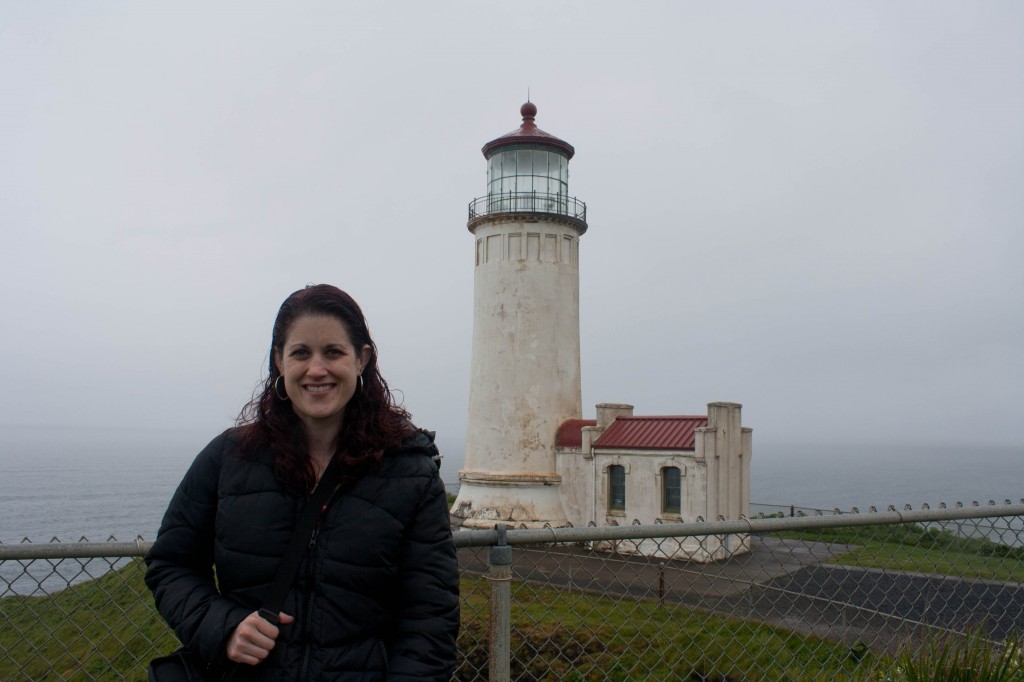 We took our cold and damp selves back to the car and dried off. I was STUFFED from breakfast and didn’t end up eating until dinner.

We went to Fort Columbia to see what it was like; I hadn’t been since I was a kid and Michael had never been. It is a national historic landmark and it was built in 1900. The bunkers were used in WWI and WWII and haven’t been used since. It was built to defend the Columbia River.  It’s very eerie to explore abandoned military bunkers. There was even a door that looked like The Hatch from Lost! 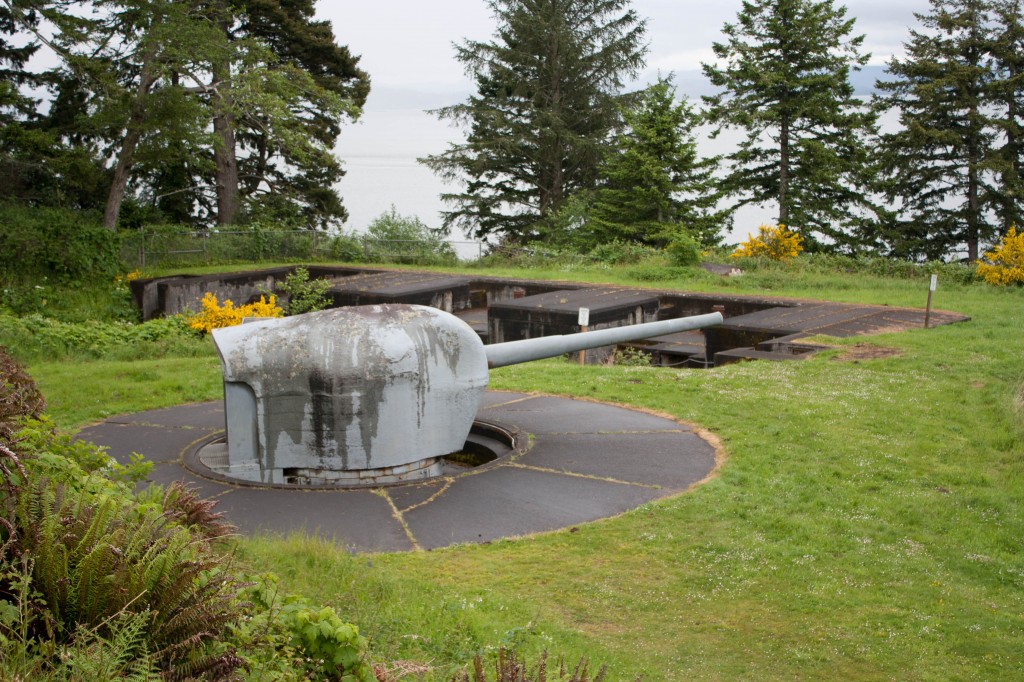 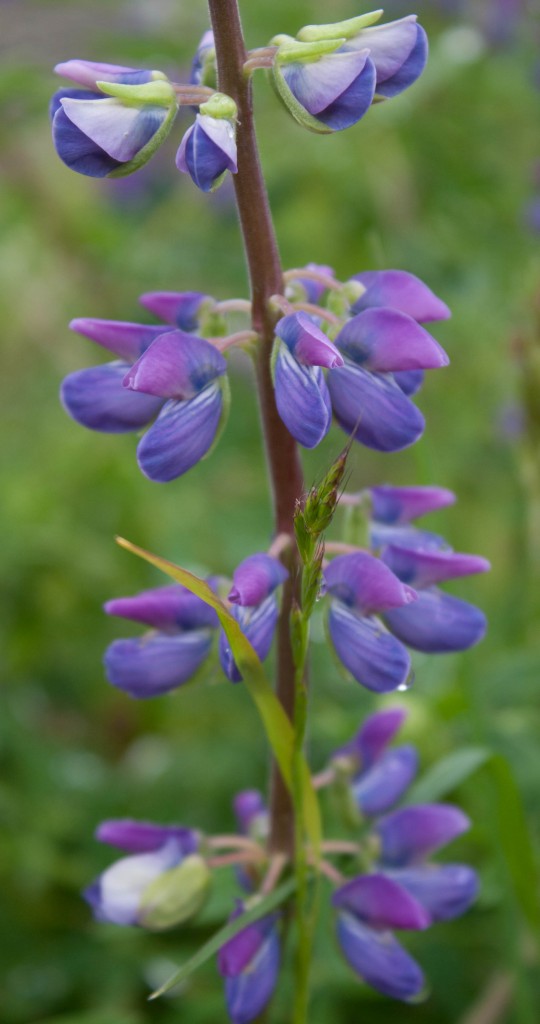 We explored the “downtown” of Long Beach, which wasn’t very much. It was definitely geared towards kids (go karts, arcade, etc). There was an oddity museum that had Jake the Alligator Man on display! 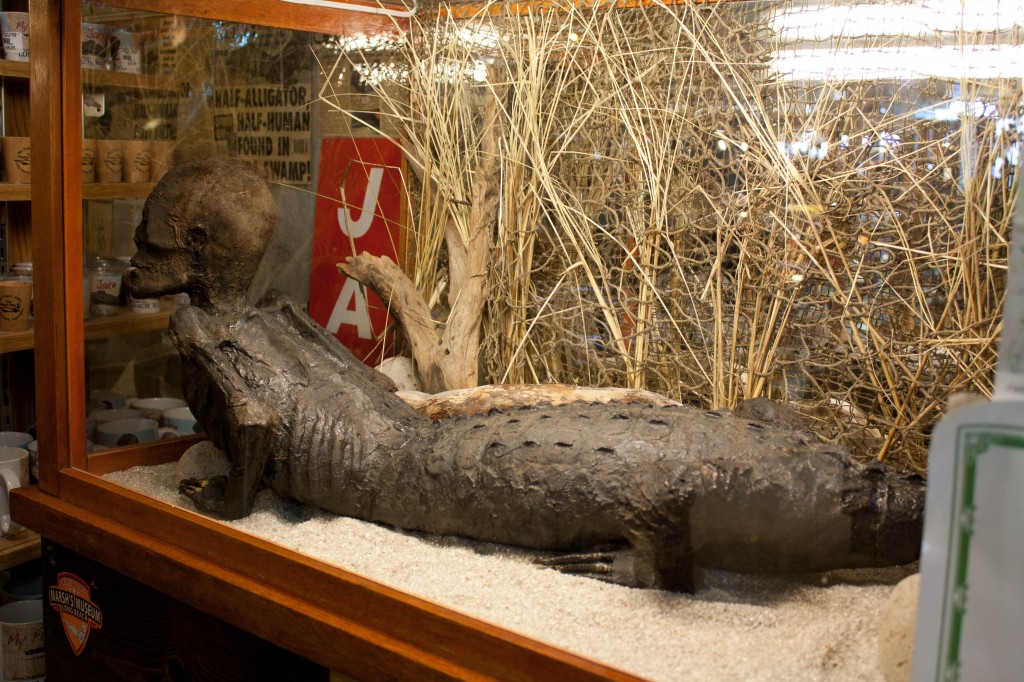 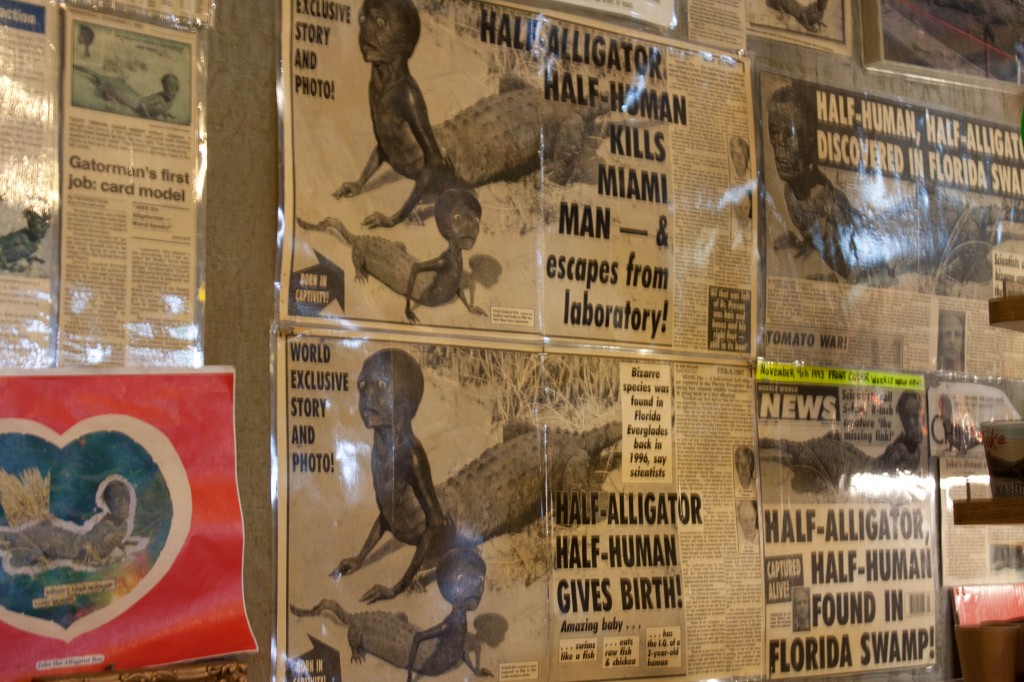 And then I got my fortune read by Zoltar. Ten points if you know the reference!!! 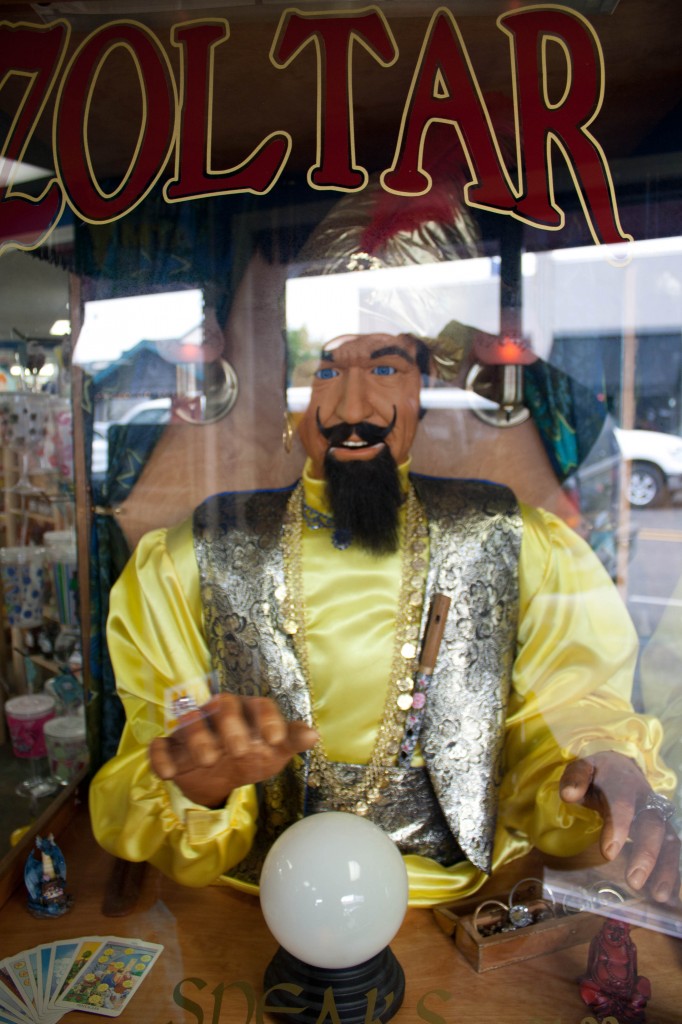 It was time to hang out in the room and relax. I did a lot of reading and we just chilled. It was a nice change from the usual vacations where we go go go. Stayed tuned for the next post. The dinner we had Saturday night was out of this world!

Okay, anyone get the Zoltar reference?