Someone asked me where I find all my books. There are a lot of places to find book recommendations! Twitter, facebook, anytime I see someone talk about a book, or recommend a book, I add it to my growing Goodreads list. I find a lot of books on Goodreads. They have reading lists and new releases/upcoming releases lists. They also have “if you liked ____, you might like this book” recommendations on there, too.

1 )  Mind of Winter by Laura Kasischke

The author paints a picture of desolation well, which is crucial for a creepy thriller book.

It’s Christmas Day. Holly and Eric oversleep. Eric rushes out the door to get to the airport to pick up his elderly parents. Holly and their adopted daughter, Tatiana, are alone at the house, getting everything ready for a big family Christmas dinner. Then a freak blizzard hits and they are snowed in. Everyone cancels because they are stranded elsewhere. Eric is stranded with his parents.

The story is told in disturbing, erratic bits and pieces and flashbacks to when Holly and Eric adopted a 22 month old Tatiana from a Siberian orphanage. Holly is a little obsessed with the idea that Something followed them home from Russia.

The story is a slow boil. There are parts of the writing that feel a bit repetitive, but once you get to the end of the book, you understand why.

Mild spoiler–I realized early on that Holly was having some kind of psychotic/mental break. I won’t go into any more detail because the ending was so shocking I don’t want to ruin it. 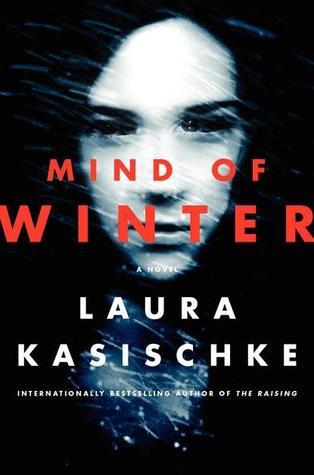 2 )  How to Change a Life by Stacey Ballis

Eloise is a personal chef for a few select people. She lives in Chicago with her corgi. She spends time alone, or with a few friends, but overall her life is quiet and kind of lonely. Then she hears that her mentor passes away. She goes to the memorial and is reunited with her high-school best friends, Lynne and Teresa. The three friends pick up where they left off and decide that they all need to revamp their lives in some way. They are all going to be turning 40 in a year and they all realize that they had goals they wanted to achieve before 40 that they abandoned.

This is a well-written chick-lit book about food, friendship, love and finding yourself. The characters were all well-developed and felt very real. The friendships in the book were good. The love story was great. The writing was a little on the wordy side and could use a little bit of editing, but overall I enjoyed the book a lot and it was a good palate cleanser after a lot of really dark, heavy books! 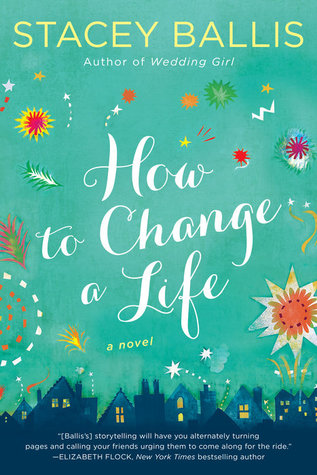 The newest Jack Reacher book in the series. Started out a little slow but then it picked up pace and got really, really good! There were two stories going on and they were both compelling and really exciting.

Jack is on the move again, as always, and is hitchhiking on the East Coast. He makes his way through New Hampshire where he sees a sign for a town that sounds familiar. It was where his dad grew up. He decides to stop and see if he can find the house his dad grew up in before he joined the Marines and basically became a nomad, kinda like Jack. Except Jack can’t find any records that his dad even existed. He can’t find anything. And a mystery needs to be solved.

In a nearby town, a couple also traveling through New Hampshire, who had given Jack a ride, stop at a remote motel where they are suddenly being held captive by the motel owners. I won’t give anymore away but the stories intersect and the ending was really good!

#4 The Adults by Caroline Hulse

This was an interesting book. Claire and Matt have been divorced for a few years now. They have a 7 year old daughter, Scarlett, and are co-parenting. Claire has a live-in boyfriend, Patrick, who is a lawyer and wanna-be Ironman. Matt lives with his girlfriend, Alex, who is a scientist.

For Christmas, they all decide to go away together for a holiday for Scarlett. They rent a lodge at the Happy Forest Holiday Park to give Scarlett a “normal” family Christmas. Scarlett brings her imaginary friend Posey, who is a giant rabbit, who happens to hate Alex.

Claire and Patrick plan an itinerary for everyone, “Forced Fun Activities”, and everyone tries to get along. But of course, things don’t go as planned. There is an undercurrent of tension and secrets come out. Things get snarky, biting, dramatic.

The book is a fun read. I enjoyed it. Even though I felt like both Patrick and Matt were misogynistic assholes.

Dr. Michels is an OB/GYN doctor who keeps everyone in her life at arms length. When she was a teenager, her older sister died from a secret pregnancy that was ectopic. This drove her through her career, but also kept her from really enjoying her life in a genuine way. Now her boyfriend is ready to go to the next step in their life, her career is taking off, her family life is in a bit of turmoil and she’s still stuck in the past. She can’t move forward.

I enjoyed this book. I liked that it took place in Portland and the author included local stuff. I liked the story. At first I was annoyed by Dylan, the main character, but she grew on me and redeemed herself in the end. I look forward to reading more by this author. The writing was good.

I heard a podcast with this author and immediately put the book on hold at the library. The Victorian era is super fascinating. I did not know about Joseph Lister, so this was a great book to introduce you to the history and the science behind medicine and how modern medicine evolved.

The book was a combination of a historical recount of the history of science and medicine and Victorian practices, but also kind of a biography of Joseph Lister and how he basically discovered that germs were behind creating infections and killing people who have surgeries or give birth.

“At a time when surgeons believed pus was a natural part of the healing process rather than a sinister sign of sepsis, most deaths were due to postoperative infections. “

He invented an “antiseptic”–and of course was faced with a lot of backlash from the medical community all over the world. Doctors everywhere disagreed in his claim about germs and infection and how infection spread. They thought his antiseptic was unnecessary

“Surgeons still lacking an understanding of the causes of infection would operate on multiple patients in succession using the same unwashed instruments on each occasion. Instruments like the amputation knife of Lister’s student days were havens for bacteria. Fashion often trumped function. Many had decorative etchings and were stored in velvet cases, which bore bloodstains from past operations.”

Reading the book now, knowing what we know, it’s absolutely horrifying what people went through back then! This time period was also the time of the invention of anesthesia, which drastically changed medicine. Instead of holding down awake patients to amputate or do surgery, they could put them to sleep. Joseph Lister was also friends with Luis Pasteur and they collaborated.

The book is really interesting, creepy, fascinating! There were parts of the book that were over-detailed and a little wordy/too slow but overall it was a good book and I liked it a lot. I wanted to know more about all of the people in that world.