I quit going to the community pool (Mt. Scott) last summer when I moved in with Michael. Mostly because I no longer lived near the Mt. Scott pool, but also because I was so annoyed with fighting people for lane space in the pool. 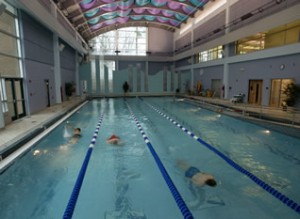 If you are new to my blog, just to bring you up to speed: I lost most of my 100 pounds through swimming. So you can imagine that I was annoyed with people not following the rules! Not only that, there were always swimming lessons, swim teams, water aerobics, and “family swims” taking up more than half the pool. Sometimes there was only one lane open for lap swimmers. Sucky!

So if you are new to swimming, or if you don’t know the general rules of pools, here are some tips:

2. Don’t join a lane with fast swimmers if you are a slow swimmer!! This is my biggest pet peeve and it amazes me that people are so clueless about this. When I was a slow swimmer, I was too intimidated to join the fast swimmers.

3. If there are more than two people in a lane, all swimmers need to CIRCLE swim. 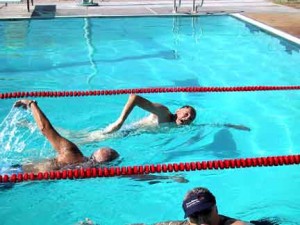 4. If you are joining a lane with another swimmer already in it, ask if they prefer to split the lane or circle swim.

5. Try to avoid passing other swimmers if the lane is crowded. If you do pass them, touch their feet to notify the swimmer and PAY ATTENTION to oncoming swimmers.

6. Don’t crowd other swimmers–either swimming too close to the center of the lane, or swimming right on someone else’s tail. 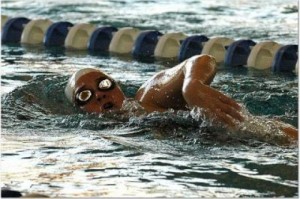 7. Don’t “Water Run” in the same lane as people lap swimming. Find another spot for that.

8. Take a shower before getting into the pool. Don’t swim if you’ve had diarrhea recently or any open wounds. That’s just gross!

9. If you need to rest between laps, move out of the way at the end of the pool to allow people to continue to swim.

10. If someone is trying to pass you, don’t speed up and don’t stop in the middle of the pool.

11. Don’t do the Butterfly if you are sharing a lane!! This is another one of my pet peeves at the pool. It’s incredibly rude to take up the entire lane to do a stroke. Wait until the other person leaves before doing the Butterfly stroke. 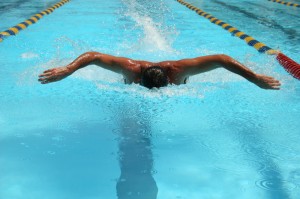 QUESTION: Are you a swimmer? Did I leave anything out?