I think it’s been like a month since I biked to work, or close to it! I was focusing more on running and then I had a knee flare-up that stopped a lot of activities for about a week and a half. Michael threw out his back last month and while he’s getting better it’s still not great. He hasn’t really biked much, either. He went from doing 100+ miles a week to none. He was starting small getting back into it and the other day we biked into work together.

We parked at the Park and Ride and rode in together. Even injured Michael is still faster than me. At one intersection Michael made it through the light before it changed but I didn’t. So I fell behind, party because I’m slow and partly because I was waiting for the light. 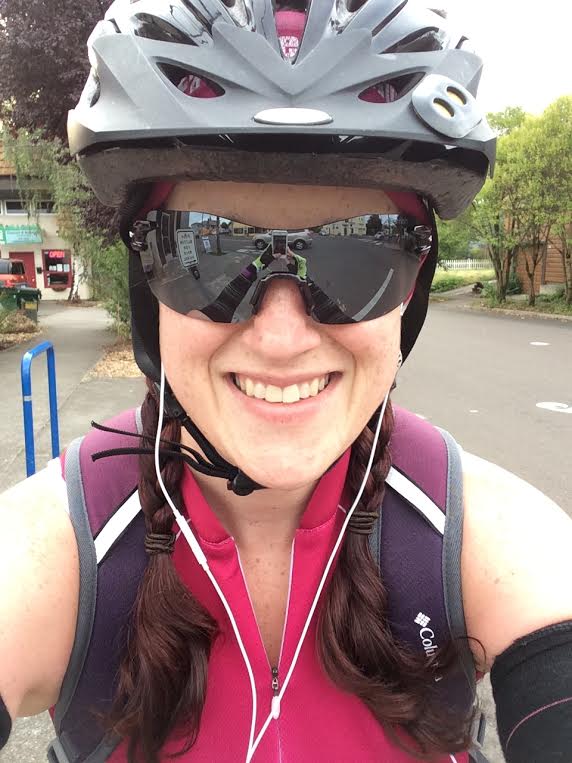 We rode through Sellwood and caught the Springwater Trail. I caught up with Michael and was able to draft off him for a little bit, so that was nice! It was pretty warm out–I was wearing arm warmers but really didn’t need them. It was humid and kind of gross out, actually.  The closer we got to downtown the more the clouds burned off and there were blue skies. 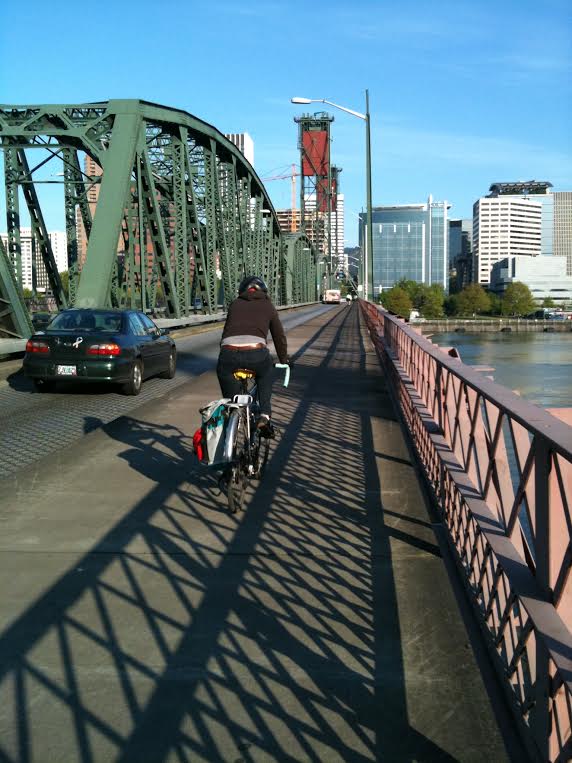 The Hawthorne Bridge was really crowded. I hate it when it’s that busy. At the end of the bridge Michael and I split off. He went to his office and I took the waterfront to mine. Here is the morning ride in: 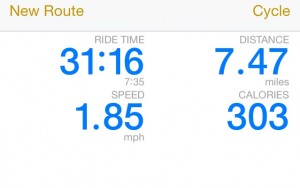 It was a gross, sweaty, muggy ride in but I’m glad I did it. I preemptively iced my knees just to be safe. I miss the old days when I was able to bike to work a few times a week and not have any issues. It was such a nice way to get to work and save some money on gas, stay fit, and free up my evenings… 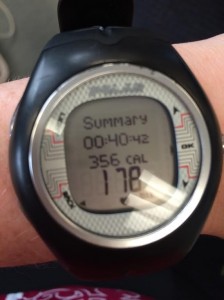 The day warmed up and the skies were clear. Sunscreen sunscreen sunscreen!! I set out after work, crossed the Morrison Bridge and met Michael at the entrance to the Springwater Trail so we could bike the rest of the way to the Park and Ride together. But that wasn’t before I had a very negative encounter with a car who almost hit me downtown. At first the guy was stopped at the light in the MAX lane (which clearly states NO CARS) and he was trying to turn right on a one-way street. Then he backed up and moved to the proper lane, behind me. The light changed and he sped up around me, cutting me off and almost hitting me. I yelled at him that we was an asshole and he pulled over aggressively and asked what he did wrong. I said, “You cut me off and almost ran me over” and he said he didn’t then responded with “I’m a tourist.” Um, what? Does that mean you can’t follow basic rules of the road and common courtesy?! What a jerk!

Anyways, I met up with Michael, a little shaky from the experience and we biked together on the Springwater. He ended up going ahead of me once we got to Sellwood. I tried to go faster to keep up but that ended up irritating my knee so I backed off. Oh well. 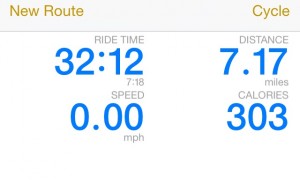 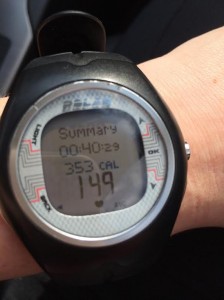 Wow, my morning and afternoon calories were almost the same! Total Miles: 14.64 and Total Calories Burned: 709. After we got cleaned up we decided to go out for dinner. I had planned on being “good” and making something healthy for dinner but the prospect of cooking with a broken dishwasher and I was hungry and gave in easily… 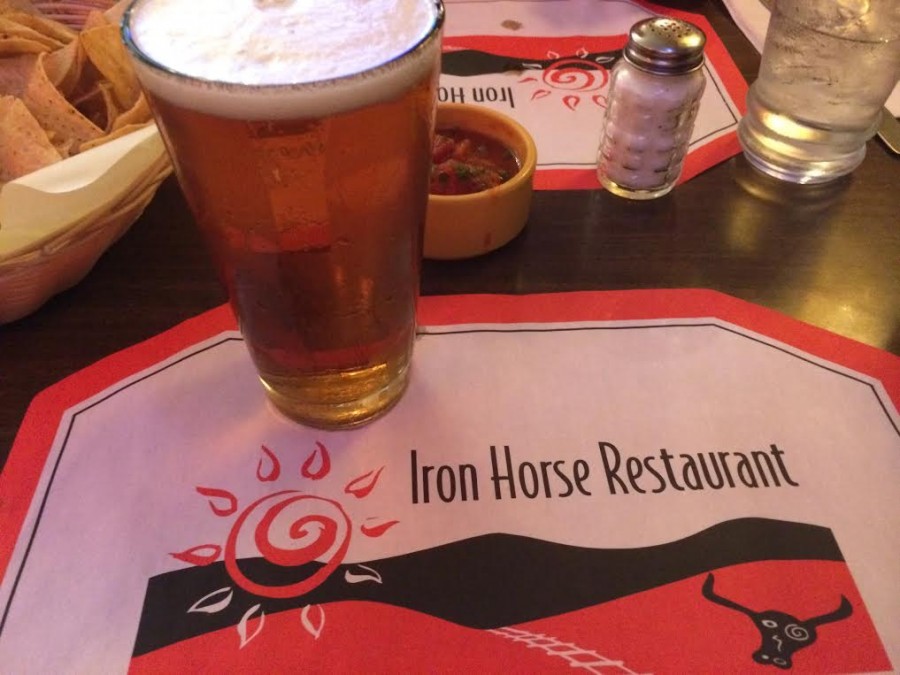 We went to Iron Horse in Sellwood, one of our favorites. The service is always great, the food is good and there are healthier options. It’s not your typical greasy Mexican restaurant with congealed cheese and super fatty foods. The portions are also fairly reasonable. I ordered a Boneyard IPA–my favorite beer! 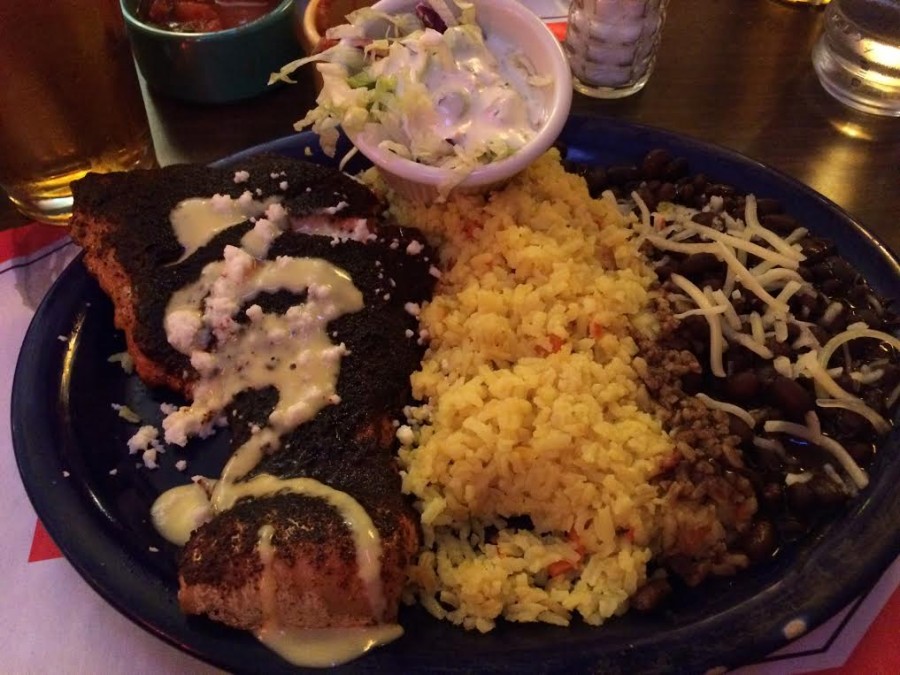 I ordered the special. It was some salmon encrusted with chile (so basically blackened salmon), saffron rice, a small salad and black beans. The salmon was topped with a chile sour cream sauce. Everything tasted so great! I ate half of my dinner and saved the rest for leftovers. When we got home Michael worked on removing our old dishwasher so they can take it away when the new one arrives. 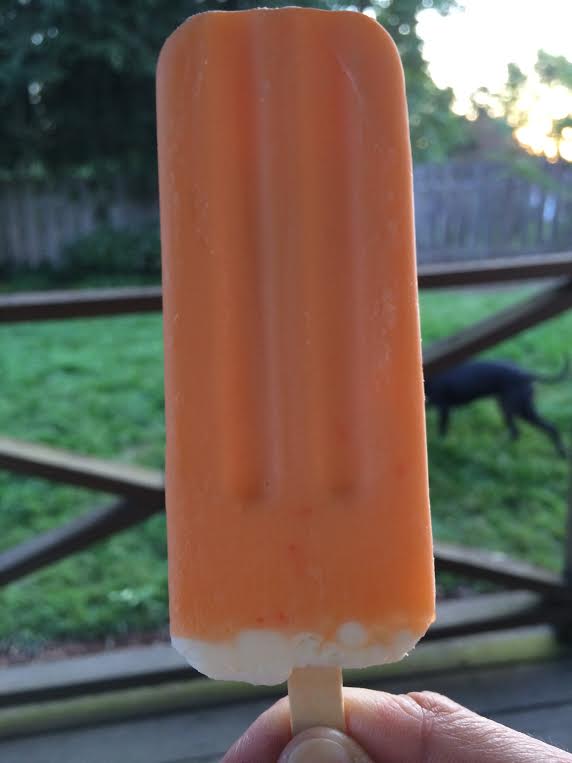 I played with Bella outside and then enjoyed a 100 calorie creamsicle. It was so good! It tasted just like those little dixie cups of orange and vanilla ice cream I used to get as a kid. I loved that it was only 100 calories, too. The next day my knee was “ok” but not 100%. I had an amazing massage to help work out the kinks and tightness.

2 thoughts on “Biking With My Buddy”