My training is coming along slowly. Perhaps a little too slowly, but I don’t want to overdo it and then not be able to run at all. I’ve come to peace with the fact that I will just be a slow runner. Such is life. Here are the previous posts about my training:

Off the Couch and Running

My goal right now is to do most of my running outside. The weather is getting better and I hate the treadmill. My current regret is really about how long it’s taking for me to get through the program. I want to 3 runs a week but it’s usually not feasible. Twice a week is about all I can do with all the other things I do. I know I should drop something (even if it’s just temporarily) but I really don’t want to…

Like I stated above, I just can’t seem to get in enough runs! So I’m still on week 6…

On Friday, June 6th I biked to work after a few weeks off. I was working a half day because my bff Rachel was coming down to visit from Seattle and it was SO nice out how could I not bike? I parked at the park-and-ride and biked in. Starting at the park-and-ride makes the commute a little longer than when I start from Sellwood but not by too much. Even though it was only maybe 2 miles longer than what I had been doing before, I felt it. My back was a little fatigued and my seat was sore. I plugged along and didn’t go too fast. Here are the stats for the morning ride: 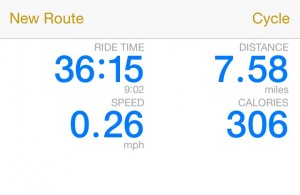 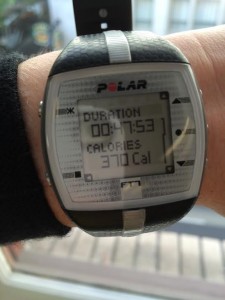 7.58 miles! Woohoo! I felt pretty good when I got to work and didn’t feel like my knees were going to hurt or my muscles were going to tighten up too much. I think it was a blessing that I only worked a half day and got to bike home before that happened! It was really warm out at noon when I left but not miserably hot. I took my time because I wasn’t in a rush to get home. HOW COOL IS THAT? I’m always hurrying. It was nice to just leisurely bike and stop to see the sights. 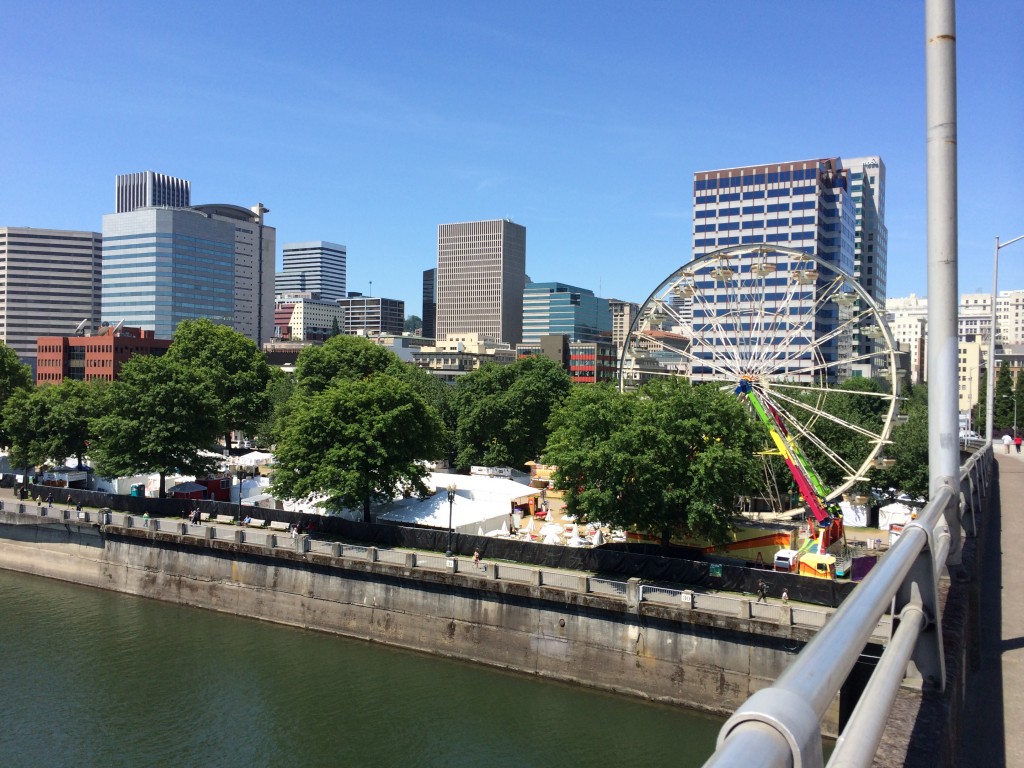 I took it easy and my knees were much happier. The Springwater trail was pretty empty, too. Another plus for leaving work early! Here was my mileage for the ride back to the park-and-ride: 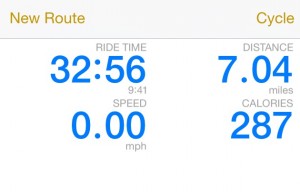 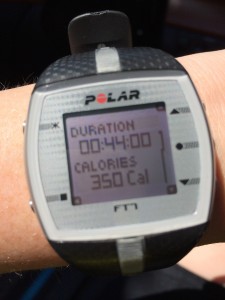 14.62 miles biked, 720 calories burned! Woohoo! I like seeing that higher number. I got cleaned up and then Rachel arrived and we were off for pedicures, grabbing take-out food and bringing it back to the house to relax. We sat outside on the deck with a bottle of wine and some dinner and just got caught up. It was nice to have some girl time. And it was even better when I woke up the next day and wasn’t SORE AT ALL!

Sweat Monster and a Date Night