I made dinner tonight. Shocking, I know! We had some leftover pulled pork from Michael’s mom.

First, I made the salads. I used red leaf lettuce and added yummy veggies: shredded cabbage, carrots, and broccoli.

Then I topped it with 1/3 of a can of garbanzo beans on both salads (after I rinsed the can of beans). Next I added some craisins and croutons. On Michael’s salad I added a lot of blue cheese because it’s his favorite. I only had a tiny bit because I prefer goat cheese, honestly.

For the sandwiches, I used sandwich thins for mine (100 calories) and for Michael’s I used two slices of Dave’s Killer Bread. I put light mayo on both sandwiches and put a bunch of the pork shavings on the sandwiches.

The pulled pork was amazing. It wasn’t drenched in BBQ sauce, just plain. It had an outstanding smokey flavor. Very good!

We got caught up on “Flash Forward” while we ate dinner. We finally have our DVR under control. I need to get caught up on my Law & Order shows and Anthony Bourdain and I think that’s it! Dessert was a serving and a half of vanilla ice cream topped with a handful of chocolate chips and light chocolate syrup! 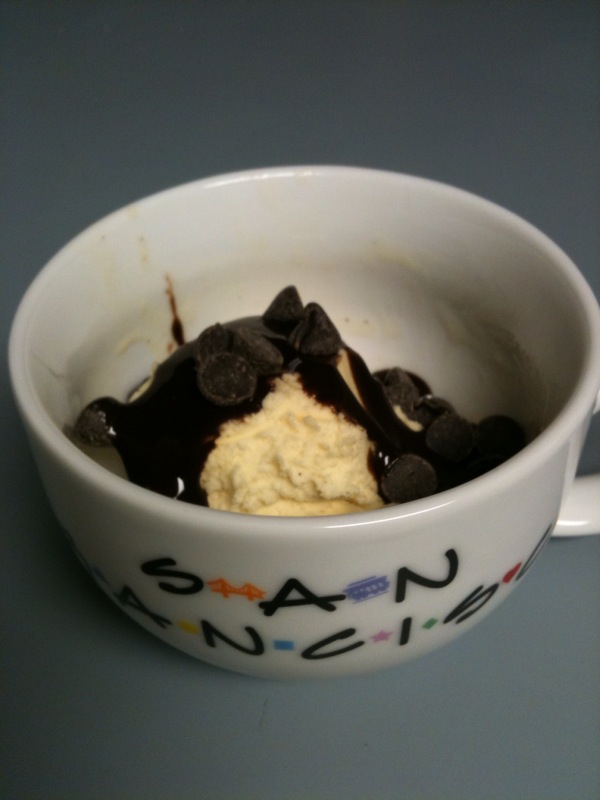 Have a good night! 🙂