Something else I’m thankful for is that we went up to Seattle in August so that both my grandmas could meet Logan for the first time. 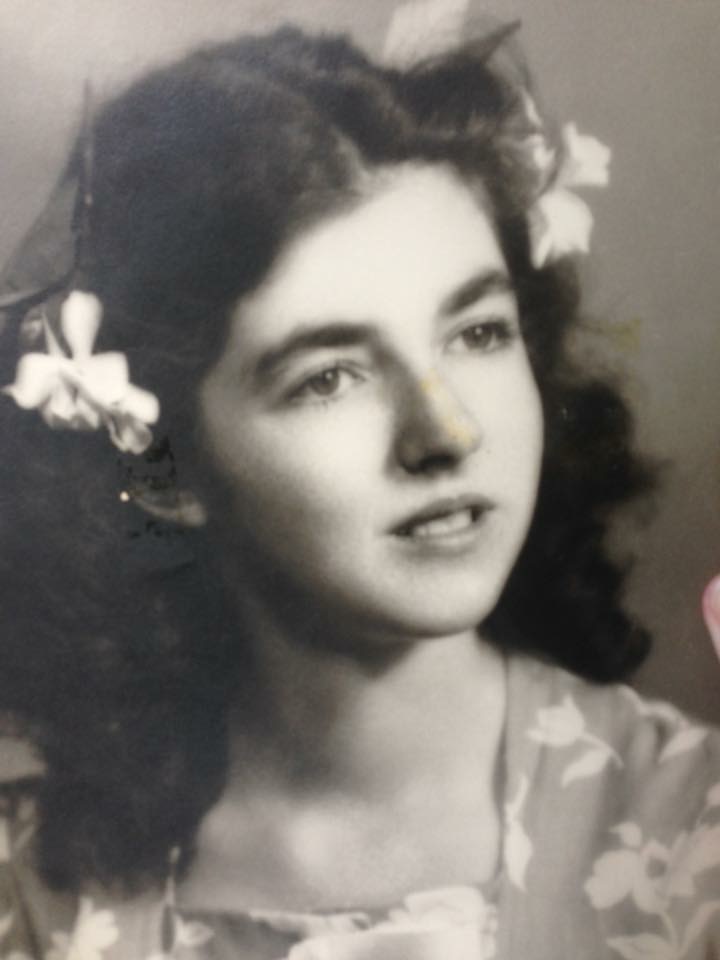 I can’t say it was a surprise. She had been unwell and living in her nursing home for a few years due to many strokes. There were many times when my parents would call and tell me that the doctors thought “this was it” and I’d prepare myself. Then she’d bounce back and improve. When the time finally came, there was no notice, she just passed quietly in her sleep a few minutes before my dad arrived to visit her.

When I got the news I was kind of in shock, even though we all knew it would happen. She was very, very frail and ill due to the stokes. I guess even if you’re expecting it, you never really expect it.

Then I thought about how thankful I was that we visited her in August. It was a lovely visit. My parents, me, Michael and Logan were all together with her and she got to meet her great-grandson. Her face lit up when she saw him. Her eyes got big and she smiled and she was SO happy! Babies have a magical power if you ask me!

I am so glad we were able to brighten her day. Even though she couldn’t communicate well because of the strokes, she could get out a few words and she understood what we were talking about. Out of the blue she managed to say “birthday” –it was my dad’s birthday that day! She just knew it and she managed to say the word. It was quite surprising! And she tried to show off her great-grandson to the other ladies in the common area of her nursing home. She was proud and happy.

So that’s the memory I had when I got the news and it made me smile, in spite of the sadness.

Another memory I have is Christmas. As a kid we went to my grandma’s house for Christmas dinner — where she cooked the entire Thanksgiving meal because it is my dad’s favorite food. And it was SO good! The turkey, the mashed potatoes and gravy, the black olives on your fingers, the stuffing and sparkling cider. We all looked forward to that meal and she loved to cook it for everyone.

It’s hard being far away from family when something like this happens. I’m not sure yet when the memorial will be but my brother is thinking about flying home for it, which would be nice. At least everyone will get to be together again to remember her life.

A few weeks before Easter my Grandma, the one who has been in assisted living/apartment, fell and broke her knee and elbow and hit her head. It was a pretty bad fall. She’s had a lot of strokes over the last 10 years, some worse than others, and was having some other issues. My dad was on vacation in Tucson when he got the call from the doctor that she wasn’t doing well. He knew by the voice of the doctor that has cared for my grandma for years that it was serious. He packed up and left the next day to drive from Tucson to Seattle to see her in time.

She was in the hospital and had chose not to do heroic measures. Her stomach was having bleeding that went into her abdomen and I’m sure it wasn’t comfortable. My mom told me the news that she wasn’t doing great and that the doctor said she had a few days to a few weeks to maybe a month. They weren’t sure. I called my grandma and spoke to her the next day. My mom was there with her. She could understand what I was saying and could still talk but was having a delay in her responses. I’m glad I got to talk to her when she was still lucid. When we ended the phone call my mom said she told her “I’m going to the wedding.” That made me sad–I knew she probably wouldn’t be.

I sent her a card with two cute kittens on the cover and when she got it my aunt read it to her and set it next to her hospital bed so she could see it when she rolled over. I’m glad the card got to her in time for her to see it and understand what it said.

For weeks we all waited. Every time the phone rang I figured it was my mom calling to tell me the news. But she was hanging on. Instead of a few weeks, she’s had a few more months now. She’s in an nursing home/hospice type place now and my parents go and check on her every few days or so. Over the holiday weekend I decided to drive up to Seattle to see her. I felt like I’d been blessed with a few extra months so I could have the chance to see her again.

Michael stayed home with Bella and I drove up to Seattle. I didn’t know what to expect or how bad it would be. I left Portland after the Warrior Room Saturday morning and thankfully missed a lot of the holiday traffic. I got to Seattle about 3ish and my mom and I went to see my grandma. I got some flowers for her–orange-red carnations. 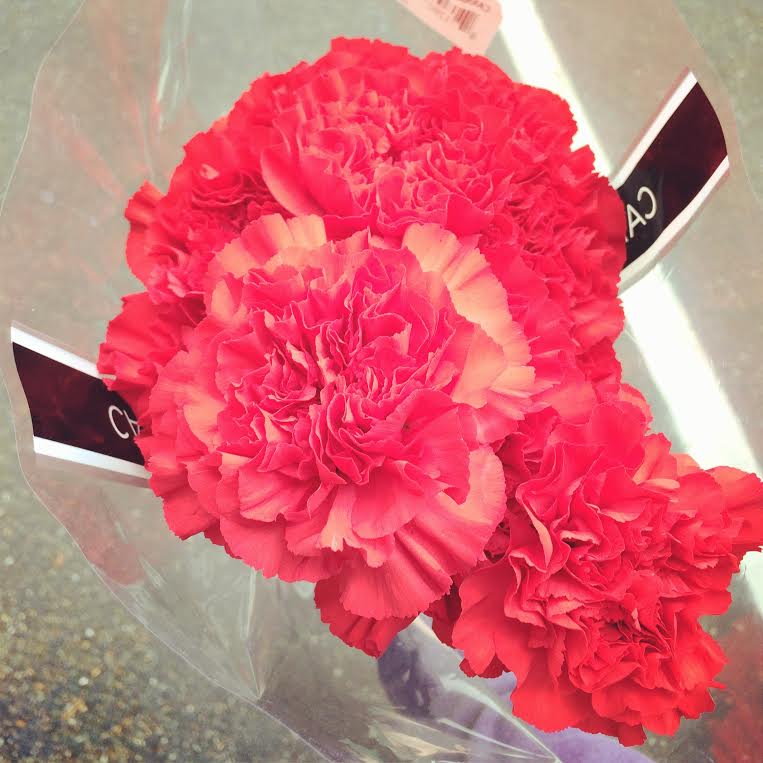 Thankfully she recognized me and was happy to see me. I sat next to her bed and chatted with her. With the strokes it’s hard for her to communicate. I can tell she understands most of what is said and she tries really hard to respond but the words get jumbled and don’t always make sense or come out in the right order.

I told her about Bella and she remembered her dog from 20 something years ago. Talked about our veggie garden, the wedding plans, the honeymoon, other family members that have visited her. She wanted to see my ring. She wasn’t in great shape. 🙁 My mom and I stayed about an hour and I think it wore her out so we left soon after that. It’s very strange to say goodbye to someone and know that it’s probably the last time you will ever see them.

We went home and I had dinner with my parents and then my mom and I went to the store to rent some movies. She wanted to get Father of the Bride. 🙂 Unfortunately we couldn’t find that. It’s funny how you don’t realize no video rental stores would actually be disappointing. I have netflix at home but my parents don’t. We ended up renting 21 Jump Street (which Michael and I had actually watched a few days ago and yes, it was that good that I was willing to watch it again) and Non-Stop with Liam Nissan. It was a nice evening with the folks. 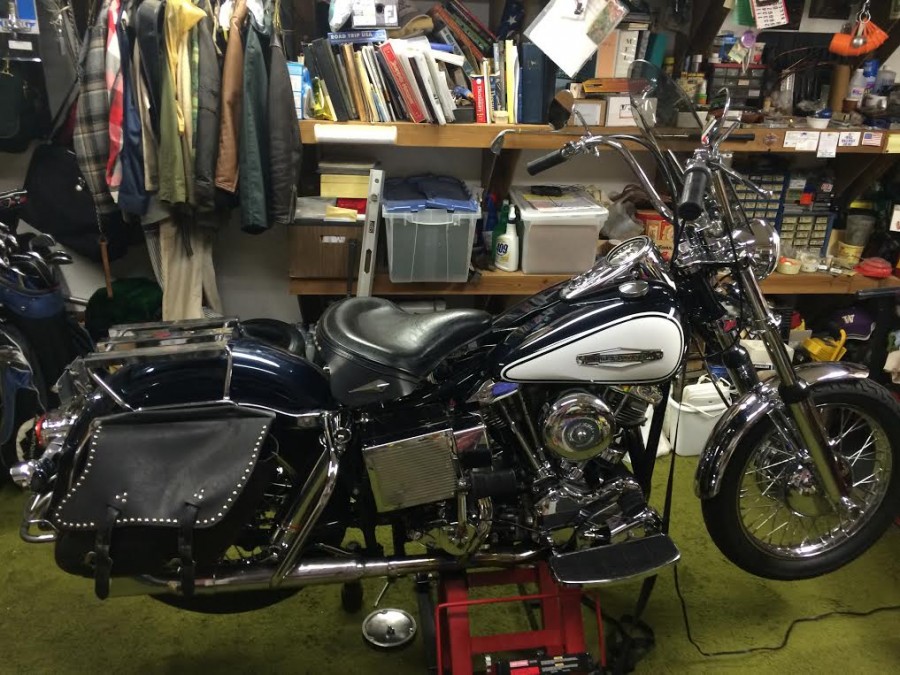 My dad told me about his upcoming motorcycle trip and I checked out the bike. It’s been undated since I was a kid and he’s currently working on a few of the issues before he leaves. I remember riding with him when I was a kid! It was fun and terrifying at the same time!

After the movies I went to bed and felt sad about my Grandma. I started to think about how I don’t know a lot about my dad’s side of the family and our family history. My dad’s dad was adopted so that makes it even more difficult to find out family heritage. I regretted not finding out more while I had the chance. Unfortunately my grandma couldn’t communicate the family history now even if she remembered it. I was feeling pretty down and could have used a hug from Michael and some cuddles from the beasts. 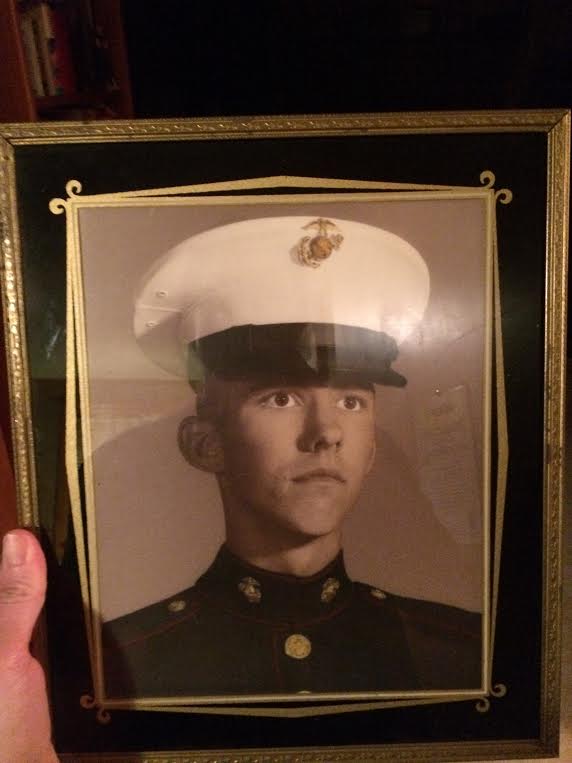 That’s my dad–probably barely 18 years old when he joined the Marines and soon to be off to Vietnam. That picture was on the dresser in the spare bedroom. Hard to believe he was ever that young!!

The next day I had breakfast with my folks and we relaxed on the deck chatting for a bit before it was time for me to jet. I wanted to miss the holiday traffic on the drive home if that was even possible. I was leaving Seattle and feeling homesick. Whenever I visit I feel like moving back. Anyways, I got lucky again and made good time back to Portland. I was happy to be home. Fat Kitty and Bella created me and I’ve never seen Bella more excited and spastic! LOL It was nice to get a hug from Michael and I came home to a nice little gift: 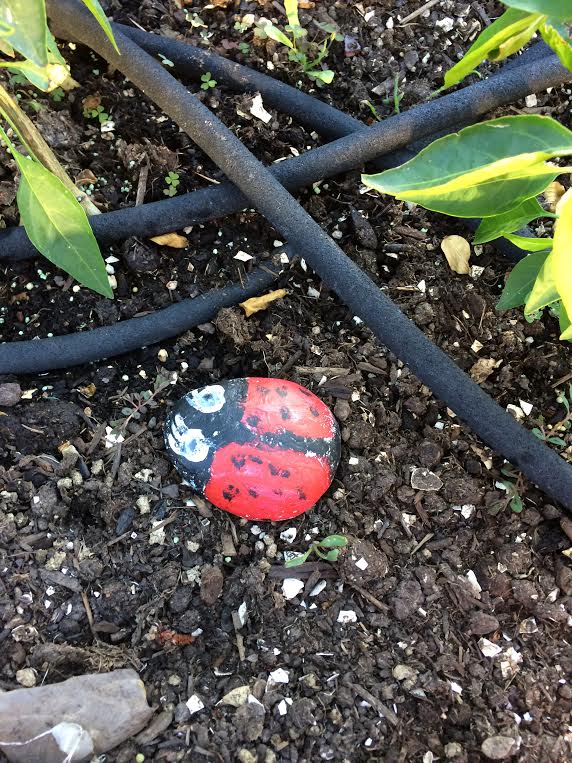 The neighbor girl was selling rocks she painted and Michael bought me one. 🙂 Anyways, so that’s my random-makes-no-sense post.