Cycling shorts are the worst things ever. Everyone wears them though, right? I see people around town wearing these things everyday so how could the be bad? I mean, they’re supposed to be good…To clarify, I’m talking about cycling shorts, like these. 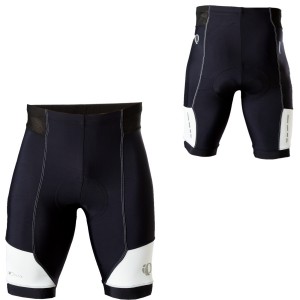 Cycling shorts exist to increase your performance. They allow you to ride longer distances than you’d be able to do if you wore regular shorts. They have moisture wicking padding (called a chamois) that lines up between your body and your saddle. The tight legs are designed to provide compression to your quad muscles that are supposed to provide increased circulation and blood flow. There should be some type of material that prevents the legs from riding up. These commonly feel a little bit like rubber or dried rubber cement. These shouldn’t irritate the hair on your legs or your skin but should hold them in place. But remember, cycling shorts suck.

These things suck because the waist is terribly uncomfortable. All brands are like this. There is no great brand that doesn’t do this — they’re always too tight. I could just lose a few more pounds but really, this won’t resolve the issue. Besides, there are cycling shorts that don’t suck. They’re called bib shorts and all of the pros wear them. When in doubt, look to the pros. They ride 100 miles a day so they’re going to be smart about the gear they wear.

Bib shorts are far more comfortable because they don’t have a waist band. Now, you’ll feel ridiculous when you put these on because you’ll think that everyone that sees you will laugh at you for wearing shorts with built in suspenders. Once you put on a jersey though, no one can even tell whether you’re wearing shorts or bib shorts but you’ll know because you’ll be far more comfortable than those who are wearing cycling shorts.

All brands of bib shorts are not created equally. Personally, I like Craft clothing. Craft makes triathlete clothing as well which may appeal to some readers.

There’s really only two things to look for when you buy bib shorts — the height of the waist of the shorts and the chamois quality.

The higher waist can help keep your stomach flatter and out of the way while you pedal though some people will hate the sensation of wearing a high-waisted pair of shorts. I prefer the low waist variety and could stand to use a few lbs around the midsection. The moral of the story is that you’ll really want to try these on before you buy them or if you’re shopping online, buy one of each with the intention of returning the pair you like less.

Women’s bib shorts can look quite a bit different than men’s equivalent. I cannot give you any advice on these. I can’t even figure out how you’d get some of these on your body let alone pretend to know which is the most comfortable style. I imagine it will vary by body type. 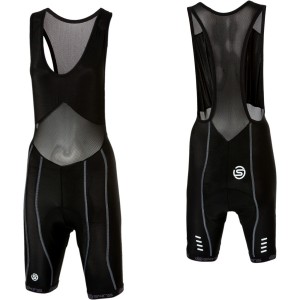 If you’re buying an Italian brand like Castelli, remember to order at least one size up. I’m 5’11” and wear an XXL and that has nothing to do with my weight. I normally wear a size L t-shirt. The American brands tend to be more size-true but they are commonly inferior in quality.

Chamois quality is very important if you want to be comfortable out there. Many people don’t know this but you are not supposed to wear underwear with cycling shorts because the chamois needs to touch your skin in order to wick moisture properly. Now that you know this, you’re probably thinking that it’s worth the money to spend an extra $30 to get the good chamois.

You want your chamois to have a smooth surface to it with a series of indentations that allow the chamois to bend to your body’s shape and not bunch up. Run your fingers over it. If there’s any variance in texture, it feels like a packing foam or a slightly dried sponge, move on. They should not have any seams on them beyond what is around the edges to attach them to the shorts. If you stick with Craft and Castelli, you’ll do fine.

Here is a brief look at the different types of chamois Craft makes. These all appear to be good quality though I’ve not seen all of these in person. Note that the tri chamois is smaller and thinner. This is so it dries faster and is easier to run in than traditionally shaped chamois are.

One last note on shorts in general: Don’t buy shorts that are white in the crotch. I’ve heard stories that these can be see-through. Unless you’re in to that sort of thing…

How do I know this stuff? Well, I first bought a pair of Pearl Izumi shorts thinking they would be good. They weren’t. They sucked. Then my friend said I should get a pair of Castlli’s. The chamois was better but they still sucked. That same friend suggested I get some bib shorts. I didn’t really want to spend that much money for shorts but I begrudgingly agreed to after he insisted they were better. He was right. He was sooooo right. In fact, this is all I’ll wear anymore. Don’t make my mistakes. Buy bib shorts from the get-go and you’ll be much happier much sooner than I was.

QUESTION: Do you ride your bike with or without bike shorts?