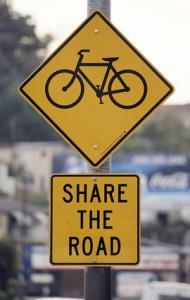 Portland is a big cycling city. In fact, the Northwest as a whole is big into fitness–kayaking, running, hiking…you name it. One of the things I’ve noticed as a life long resident of the NW is the animosity between people when it comes to sharing the road. Cyclists don’t like people in cars and they don’t like runners in their bike lanes (“Ugh, cars man, WHY?”). Drivers and runners don’t like how aggressive bikers are…The most heated discussion you’ll ever have with someone in Portland is not taxes or construction woes, it’s CYCLISTS. Which I find amusing.

I’m in a unique situation because I’m both a runner and a cyclist. I can see both sides equally because I’m on both sides. I often have to switch my thinking depending on what kind of shoes I have on–my Brooks Ravenna running shoes or my clip-in cycling shoes. 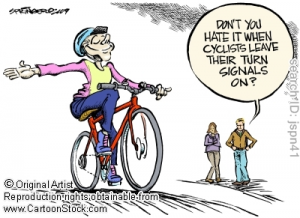 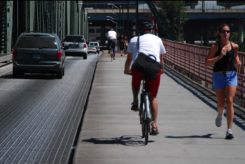 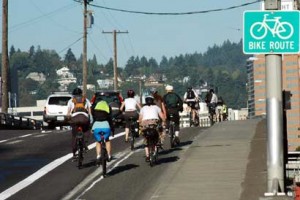 And a final note about people walking their dogs on trails like the Springwater: PLEASE do not let your dogs off leash, or have them on a long leash. I cannot tell you how many times I almost crashed on a bike because the dogs scampered in the way and the owner wasn’t paying attention where the leash was going. Just this weekend two ladies were walking side by side with four dogs on leashes. They took up the entire trail and I had to shout that I was coming. They moved over to the side but what if I was coming around a corner and didn’t see them in time? That would be a big mess!

I don’t know why it’s so hard for some people to just get along and share the road. There’s plenty of road for everyone and if we’re all respectful it can be pleasant for everyone!

QUESTION: Do you have any other tips for sharing the road with everyone? Do you share the road?