Sometimes I read such a good book I really wish that I had someone else who has read it to discuss it with me. Lately I’ve read some really good books. Books that had me think “HOLY COW” and want to tell everyone about them! There are a few of those books listed in this post.

I read a lot and I try to keep my GoodReads profile up to date. Not only does it help me get ideas on other books to read, but it helps me keep track of what I have read! Sometimes it’s hard to remember. 😉 I had a goal on Good Reads to read 100 books in 2013 and I’ve just reached that goal, a month early. And I have more books on my list to read!

So if you are looking for a good book to curl up with this cold, dark winter, or are looking for Christmas gifts for the reader in your life, check out some of the ones below: 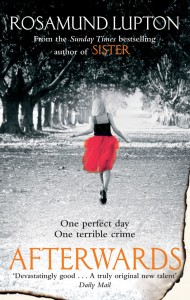 I’ve read both of Lupton’s books now and what I notice is that she likes to tell the story from an unusual point of view. Sometimes this works, like Wuthering Heights told by the nanny, and sometimes it doesn’t work. The point of view in “Afterwards” works, but it takes some getting used to. I definitely struggled with the first few chapters but once I realized what was going on it wasn’t difficult and I enjoyed how different it was.

The story is about a horrible accident and the aftermath. The main characters, Grace the mom and Jenny the teen daughter, are both in comas in the hospital and the story unfolds as they observe what goes on as essentially ghosts. Sounds dumb, but it wasn’t.

The story wasn’t just about a murder mystery; it was really about how people show their true colors in the face of tragedy and the incredible bond between a mother and child. It’s a story about sacrifice. Excellent book. A must read! 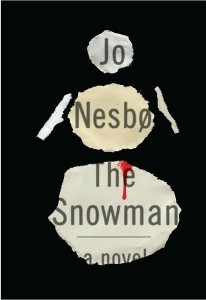 2. The Snowman by Jo Nesbo

This author is new to me, but apparently this book is not his first. It takes place in Norway, which makes the story exotic and interesting, and is your typical murder-mystery-detective novel. The book started really strong and then towards the end it kind of fizzled. I liked the book but sometimes struggled with the characters and keeping track of who was who. Then the finale brought the book back!

I read it in one day. I was instantly transported to that world. The writing was so crisp and descriptive. The story is told by Claire, an undertaker, who discovers an abused girl hiding in the funeral parlor. There ended up being two intertwining stories about a murder from a few years ago and a current crime. While I disliked how meek the main character was, the story unfolded just as it should have. Really enjoyed this read and going to read other books by this author. 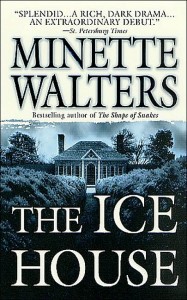 I enjoyed most of this book. I liked the development of the atmosphere and characterization. The ending wasn’t quite what I wanted it to be but I did enjoy how the mystery was solved.

A lot of people have raved about this book so I thought I’d give it a try. It’s a topic that interests me. However, the book fell flat. It wasn’t very interesting and didn’t capture my attention. Perhaps because there wasn’t a lot of new information in there, or perhaps because it felt like the author was lecturing, or he was trying WAY too hard to crowbar in pop-culture references, or maybe because not eating wheat apparently CURES EVERYTHING ON THE PLANET… I don’t know which was the bigger turn-off but I was bored. However! I think the book would probably be beneficial to someone who is just wanting to start losing weight or go gluten-free and doesn’t know a lot about the history of wheat.

This book is probably in my top 5 for this year. It sucked me in immediately and I ended up reading the book in one day. The story starts out with a little history: the main character and her best friend are in a car accident where the friend’s mom dies. In order to process this tragedy, the girls create a “never list.” It’s a list of scenarios and how to protect themselves–from fires, kidnappings, rapes, anything bad that could happen to them, including don’t get in cars with strangers. The girls were clearly dealing with PTSD, OCD and agoraphobia–afraid of any possible bad thing that might happen. Their response to the tragedy is to create this list, as if in some way it will magically protect them. Then they make a mistake and get in a car with a stranger.

The girls are held captive in a cellar for three years. The story is dark, very very dark, but it’s also spellbinding and DIFFERENT than most books I’ve read. It sent chills up my spine but it wasn’t SO dark that it was difficult to read. I read every single word in this book, unable to get enough of it!

“There were four of us down there for the first thirty-two months and eleven days of our captivity. And then, very suddenly and without warning, there were three. Even though the fourth person hadn’t made any noise at all in several months, the room got very quiet when she was gone. For a long time after that, we sat in silence, in the dark, wondering which of us would be next in the box.”