Okay, maybe not really beach reading but I did read some of these books on my honeymoon!

I also read the second Harry Potter book at the beach. I read the first one when the movie first came out and disliked it. It was too childish. I gave up on the series, never saw any of the other movies and then last winter Michael and I decided to have a Harry Potter marathon and I found myself really enjoying the films. I started to think, maybe I should give it another try. So many people had loved the series (but they also loved Twilight, which I hated…). I decided to try again. I was told the books got better and more adult as the series went on. I really, really liked the second book. It was a fast read. I think I read it in two beach days in Maui. The writing was still juvenile, obviously, but not as bad as the first one. I will be continuing with the series! 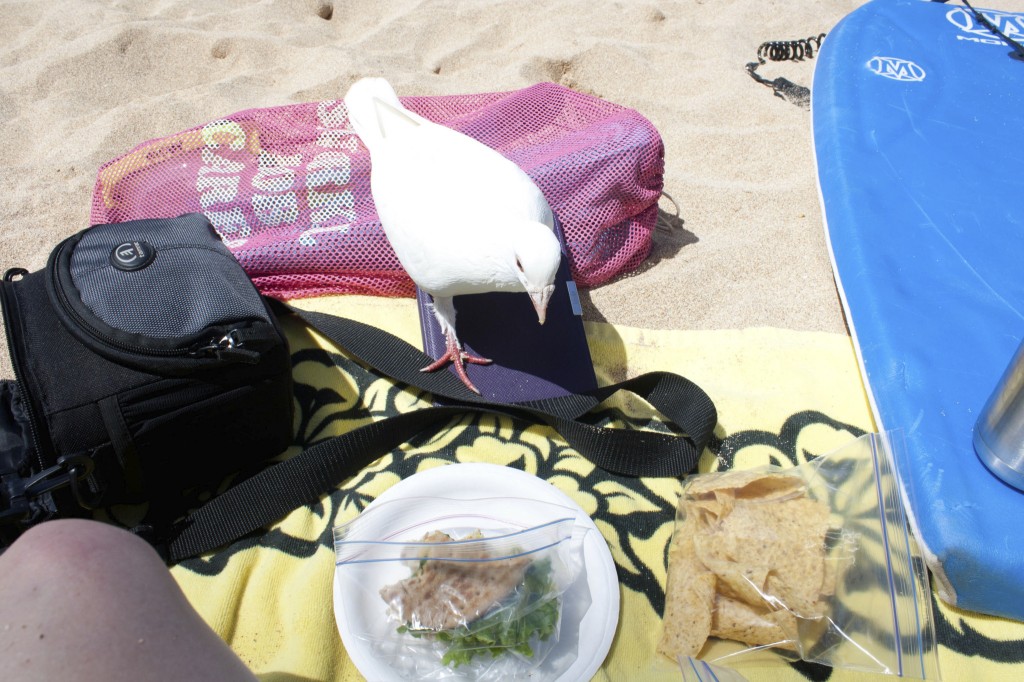 As you can see in the above photo my Kindle is underneath that brave bird that decided to try and eat my lunch (he failed). I have to say, taking my Kindle to Hawaii was fantastic! This was the first real vacation where I’d used it and it’s SO much better than lugging a suitcase full of books (last time we were in Hawaii I was working through the Game of Thrones series and had several of the books with me–that was heavy and a pain in the butt).

Now for a few other recommendations:

1. Remains of Innocence by JA Jance

What a great book! I’ve been a fan of the Joanna Brady series for years and this is the newest installment and one of the best ones yet. The book was gripping and I couldn’t put it down. There were actually two story lines through it and they eventually converged. I also liked the main character of the secondary story, Liza, and hope they figure out a way to work her into other books. 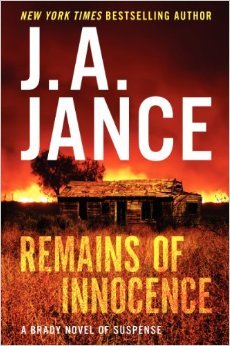 This book read like a memoir and reading through the interview with the author at the back of the book it was based on her own life and struggles with alcoholism so it kind of was…just turned into fiction. Because of that it often read like a memoir and that left me feeling a little disjointed with the character’s voice vs. the author’s voice. It felt like it was at battle at times.

Why I didn’t LOVE the book — the actual alcoholism part wasn’t really discussed much. There were a few chapters, a few paragraphs here and there where she described the alcoholism and what happened but I never felt like it was enough. Like she didn’t hit ROCK BOTTOM…There were glimpses of rock bottom but not much detail. I feel like the author could have developed this part of the story more instead of focusing so much on her relationship with the kid. The very long dialogues and interactions with the 5 year old kid felt a little boring to me. I wanted to read more about the fall and then the rise back up. Despite those minor annoyances, it was a pretty good book and I liked the author’s writing style and character development.

3. The Cold Dish: A Longmire Mystery by Craig Johnson

Loved it! Started reading the series after watching the TV show (which I also loved). Kind of wish I’d read the books first because some of the characters are not the same as the TV show and that made it a little confusing. Good story, great writing. Looking forward to the rest of the books.

I read this for my book club and really, really enjoyed it. I might not have picked it up on my own but I’m glad we chose this book. It was short and easy to read. I loved the characters and the stories inner-twining. For such a short book the character and plot development was magnificent!

What a great book!! It was definitely not what I was expecting. I bought it because I’ve been fascinated with the Anasazi lore forever and this was a new and interesting (and very believable) twist on the old theories…with some horror added to it! Great read! 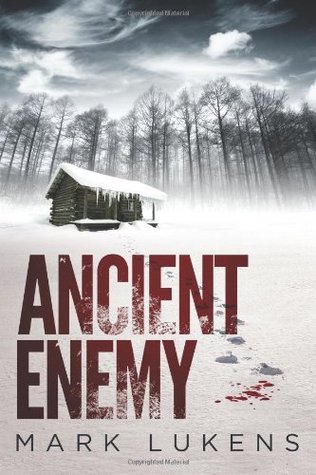 4. Death Without Company: A Longmire Mystery by Craig Johnson 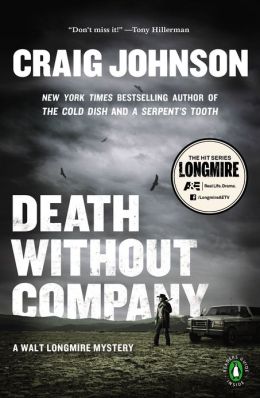 5. The Girl With All The Gifts by M.R. Carey

This book was perfect — from beginning to end, I wouldn’t change a thing. It was brilliant. The twist that reveals itself fairly early on in the book is amazing. Seriously, just so cool and it made the “traditional” survival book so unique. I LOVED this book and cannot recommend it enough.

***MILD SPOILERS***
This is a zombie book but it’s SO different from all the rest that are flooding the market these days. It’s an interesting twist and I love who is telling the story.

6. The Paying Guests by Sarah Waters

I really enjoyed this book. I had no idea what it was going to be about really and as the story unfolded I was surprised by the big “event” and the ending left me feeling sad for the main characters but I still liked the story. It’s interesting reading a story like this from that time period. It tackled some really big issues–feminism, lesbianism, birth control, women’s right to vote, the list goes on and on. 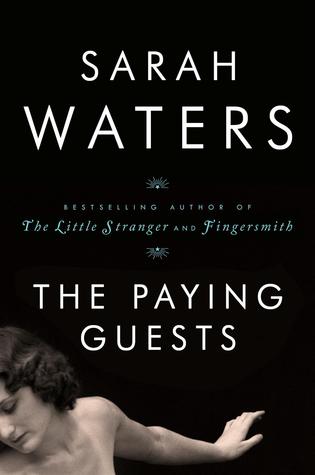 As always, here is my GoodReads profile. Friend me and we can share book reads!