Each year I’ve set a reading goal for myself because I’m pretty goal-oriented and each year the number of books I wanted to read grew. It definitely became easier to read more books once Michael got me a Kindle for Christmas a few years ago. Not having to wait for library books, or finding time to go to the library, was a huge relief in my schedule and having access to ebooks through my library (and Amazon Prime) was also helpful.

But 2016 is going to be a slightly busier year I think. 🙂 I made the goal of reading 80 books this year.

Woohoo! This is a series I anxiously await every new book release. It finally came in at the library and as usual, I read it lickity-split. This time Reacher was on a train going through middle-of-nowhere Oklahoma on his way to Chicago when he decides to get off in a tiny town called Mother’s Rest. The name sparked his interest and his spontaneity. There he met Chang, who ended up being a former FBI agent, now PI, who was in Mother’s Rest looking for her partner who has disappeared. Reacher decides to help her out.

The story was a bit odd and made me slightly skeptical about the story…but the ending had such a good twist, it was worth it. The ending (no spoilers) was dark and a cool “ah ha!” moment. 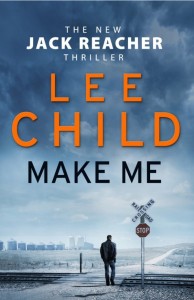 2 ) After The Storm (Kate Burkholder #7) by Linda Castillo

This recent book starts out with a tornado ripping through the town. Chief of Police, Kate, is working around the clock to help her town recover after the storm when some long-dead remains are found. There are actually three story lines happening in this book and it seems like someone is out to kill Kate and trying their hardest to take her out.

I liked this story a lot. Each book is a little bit better than the previous one and I felt like this one in particular was really well-rounded and brought some more personal aspects to the series as one of the story lines involved Kate and her boyfriend. The ending was well-done and satisfying.

Mal Ede is an odd kid that grows into an even weirder adult but it looks like he’s finally “getting it together”. He has a girlfriend, Lou, and they live together. Then he turns 25 and something happens. He goes to bed and never gets out again. He grows into England’s fattest man. So fat that his parents have to take out walls in their house and put together multiple beds in order for him to fit.

“Morbid obesity. Morbid. No other human condition comes prepackaged with an introductory sentiment. This is because, technically at least, obesity is self-imposed. It implies that there is an alternative kind of obesity, a jolly obesity perhaps, or a merry obesity. The kind that middle-aged single people with a good sense of humor have for a brief time before they become so huge and therefore unlovable as to be classified as morbid. Whether Mal is morbid or not was difficult to tell. Selfish obesity would probably have been more suitably coined. [pg 53]”

The story is told by his younger brother, whom from childhood has been in love with Lou and pining away for her. This story is really, really odd and sometimes gross, sometimes really charming and enduring. It’s sad how codependent and enabling Mal’s family becomes but really the story is more about the younger brother learning how to live and emerge from Mal’s shadow. It was a good book and a fast read. 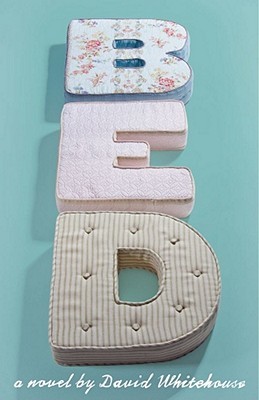 4 ) Hikikomori and the Rental Sister: A Novel by Jeff Backhaus

Another odd book, but a good one.

“hikikomori, n. h?kik?’mo?ri; literally pulling inward; refers to those who withdraw from society.

For three years Thomas has hid in his bedroom following the tragic death of his young son. His wife is at the end of her rope. She tries to coax him out. She occasionally feeds him to try and get him out of the room but he won’t talk to her and only leaves in the middle of the night to go to a nearby Bodega to buy frozen food he keeps in his room. The grief has paralyzed him.

As a last resort, his wife hires Megumi, a young immigrant from Japan who is hiding from her own grief after her brother dies. Megumi manages to get Thomas out of the room and slowly he returns to life and faces the grief he’s been hiding from.

The book is about grief and how a married couple finds their way back to each other in a different way. It was a really touching read and I liked it a lot. 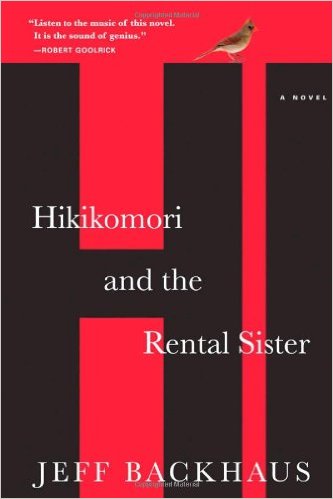 5 )  The Oregon Trail: A New American Journey by Rinker Buck

Since I was a kid, I was fascinated with the Oregon Trail and Lewis and Clark expeditions. I guess I can blame the video game. 😉 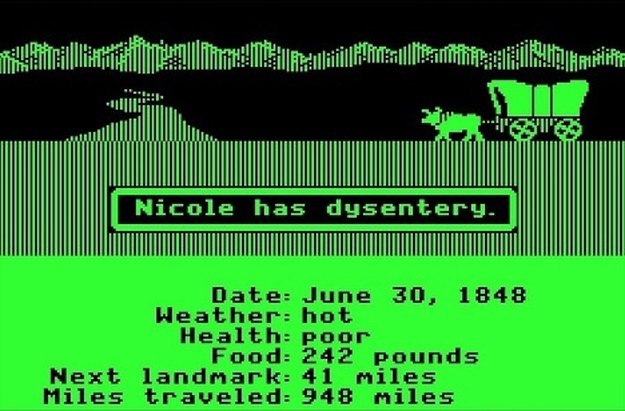 I heard about this book on a podcast that interviewed the author and I had to read it! It was kind of a long wait for it at the library and finally it came and I was really excited to read it. It was a “Travel Memoir” of sorts…where Rinker and his quirky brother Nick, along with Nick’s Jack Russell Olive Oyl, set out to recreate the Oregon Trail adventure in modern times–but in a covered wagon pulled by mules.

“Mules have a slightly larger cranial cavity than horses, and thus larger brains, and are more intelligent and judgmental. Mules also posses, from their donkey side, a more feral, self-preservationist nature, and intensely dislike putting themselves in danger. A mule won’t do that until it considers the next step safe, or through experience has seen the same situation a few times. [pg 36]”

Even though Rinker grew up “roughing it” with his family, riding horses and doing stuff like that, he  had unrealistic expectations of what crossing the country would be like in a covered wagon and his brother Nick picked through all the stuff he packed and threw away at least half of it before they set off on the trail. It was pretty funny.

I loved Rinker and his brother’s interactions. Nick was probably the best “character” in the book and the dog was a great addition. The brothers faced immense challenges along the trail and tried, to the best of their ability, to recreate the Oregon Trail route. They stopped a long the way to camp and people who heard through the grapevine about their adventures invited them to stay on their farms and ranches when they needed breaks. It was fascinating reading about the trail and everything it took to do it.

“Adventure gets pretty stale after a while and you’re not much of a romantic after a month on the trail. No one would do this, day after day, unless he had to. [pg 190]”

There were parts of the book that were a little slow and dry. The author included a lot of historical information and while I am interested in the personal stories of people who did the Oregon Trail, it felt crow-barred into the book instead of flowing naturally. I wish he had found a way to include historical stories in a more creative, interesting way. That was the one flaw of the book for me.

“My habitual impatience was suspended to deal with frustration after frustration on the trail. [pg 414]”

Overall it was a good read. There was a lot of personal growth for both brothers and you grew to love the mules and the dog and the people they met along the trail. 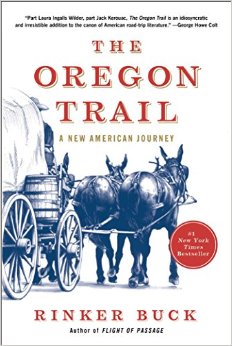 Wow, what a book. It was so moving and brought up a lot of emotions for me as I read it. It was a fast read, too. Read it in about two days. A friend recommended it after reading a review on it and it immediately interested me.

“What makes life meaningful enough to go on living? [pg 71]”

Paul is a neurosurgeon, 36 years old and married to another doctor when he’s diagnosed with stage IV lung cancer. He saw the signs (rapid weight loss, horrible back pain) and despite his medical training he tried to ignore the signs and then he couldn’t anymore.

“Grand illnesses are supposed to be life-clarifying. Instead, I knew I was going to die – but I’d known that before. My state of knowledge was the same, but my ability to make lunch plans had been shot to hell. The way forward would seem obvious, if only I knew now many months or years I had left. Tell me three months, I’d spend time with my family. Tell me one year, I’d write a book. Give me ten years, I’d get back to treating diseases. The truth that you live one day at a time didn’t help. What was I supposed to do with that day? [pg 161]”

“Part of the cruelty of cancer, though, is not only that it limits your time; it also limits your energy, vastly reducing the amount you can squeeze into a day. [pg 196]”

This profound memoir is about his life as a doctor, how he found neuroscience, his time at Stanford University, and how he faced the death diagnosis of his own. It’s a really eloquent book and the author draws a lot from his background in philosophy and literature (which he pursued before medical school). It’s about the struggles of marriage that got strengthened in the face of this horrible news.

“At home in bed a few weeks before he died, I asked him ‘Can you breathe okay with my head on your chest like this?’ His answer was ‘It’s the only way I know how to breathe.’ [pg217]”

It was a really hard book to read, but I’m glad I did. It brought up a lot of memories for me about people in my life I’ve lost, some to cancer, some to other things. It made me think of our friend Chad who died a few months ago from cancer–often making me think “Is this what they went through?” when the author detailed treatments he was enduring.

I loved the book, the story, Paul’s optimism and frankness faced with his diagnosis. I was bawling by the end of the book, so be prepared. 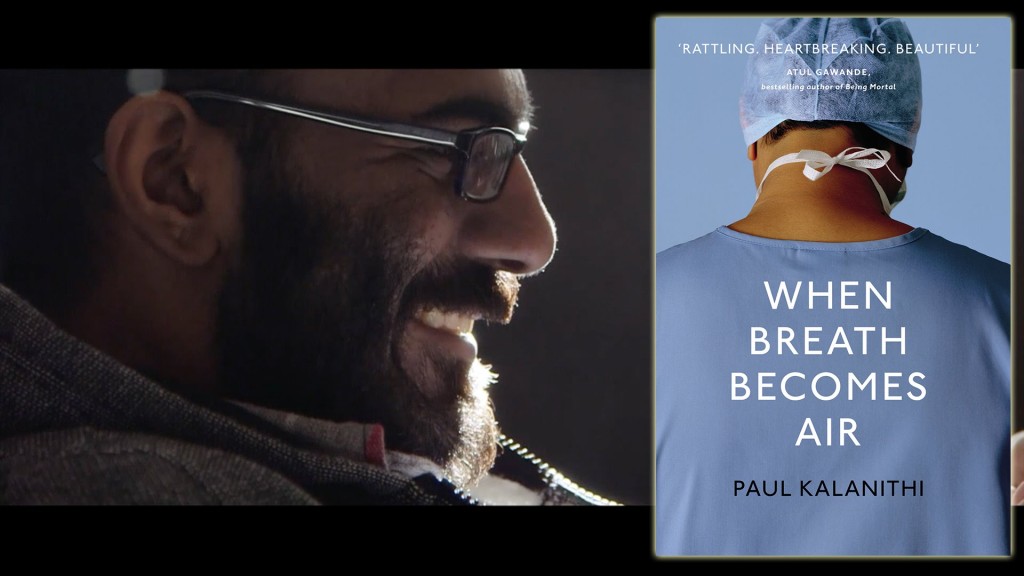