Sometimes I think about starting a new website just for book reviews. I keep thinking about it but I’m not sure if it’s something I want to do yet.

Anyhoo here’s some more books to add to your list!

I wasn’t sure if I should include this book in my review series. I really liked the book, the writing was excellent, the character development was very good…I also could NOT put this book down. I stay up late, I couldn’t stop reading, I kept reading one more chapter and I finished it in two days.

However, and I won’t give away spoilers, there’s something that happens about 1/4 into the book that I find to be lazy writing and it irked me. The twist was a clique that I hate and I had a hard time getting over it. That being said, I couldn’t stop reading. It was fast-paced and exciting and the ending was very satisfying.

Estranged sisters are reunited to solve a mystery. And that’s all I’m going to say, so I don’t give anything away. 🙂 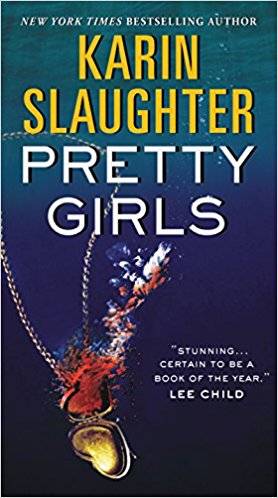 What a story! It’s summer 1959 in Texas. Pete and Justin are 12 years old and become fast friends when Pete rescues an injured dog on the side of the road.

“What did it mean to be friends in a world where just walking down the street together could get someone viciously beaten? [pg 119]”

The catch? Pete is white and Justin is black and they aren’t allowed to be friends. Justin is beaten half to death because they were seen together. Dr. Lucy, who Pete just met when he asked for help with the hurt dog, steps in to help Justin. Justin’s dad, Calvin, is also helped by Dr. Lucy and they become sort of a little family…

I don’t want to give away too much of the story because it’s absolutely delightful and wonderful and heartwarming (and infuriating) to read.

“I began to get discouraged on the bus. I began to lose faith in what kind of world we live in. I wanted it to be a place where I could stay in Texas with you, harm no one, and live my life. But it’s not. It’s a world in which my son was beaten for doing nothing more heinous than being a friend. [pg 313]”

Unfortunately, things are too scary in Texas so Calvin takes his son Justin back to Philadelphia where it’s safer for them. Calvin and Dr. Lucy become pen pals over the years.

Dr. Lucy reads the newspaper every day following the case Loving v. Virginia and then one day…good news!

“Changing the laws of a country is not the same as changing its hearts and minds. [pg 340]”

The ending of the story was perfect! I loved the whole book. The story was often hard to read, but there was hope throughout, so that balanced it out. 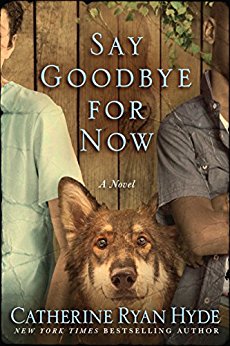 This is the first book in the series. It takes place in Minnesota. Cork is half Irish and half Anishinaabe Indian. He was a cop in Chicago and recently the sheriff of Aurora, Minnesota until an unfortunately event lead to him losing that job. He’s having a hard time letting go of his cop instincts and finds himself deep in the middle of many murders.

The book starts out slow but hang in there. It gets good in the middle and really picks up pace towards the end. I found it reminiscent of the Longmire book series, but it lacked the magic that Longmire has (in my opinion). I felt like some of the characters were a little flat, but by the end of the book I changed my opinion on that. I enjoyed it enough to read the next book in the series. 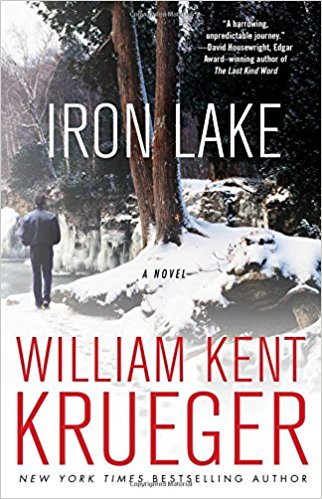 After reading “Iron Lake” and comparing it to Longmire I checked in to see if there was a new one out and there was!

In this book Walt and Henry are in Sturgis for the motorcycle rally and helping out an old colleague with a case. Vic joins them later. The first case is a hit-and-run with the victim in a coma. The second case ends up being a murder of an undercover ATF agent.

As always the story is fast-moving and the dialogue is hilarious. It wasn’t the best story in the series, and I was disappointed they didn’t follow up with the big story line from book #11, but overall it was a fun read. 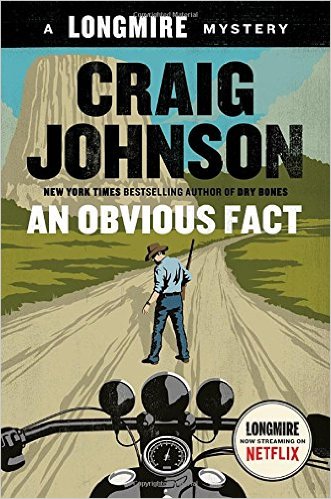 This was a short book, so a pretty fast read. It was kind of a shocking read because it’s not THAT far into the future, like most dystopian novels, and there were a lot of things in the book that seemed to reference our current political times. And it makes it very scary and very real.

“…A grey fog of amnesia obscured the knowledge that war is hell. Perennially underestimated, nationalism did not go gently into the night. Quite the opposite: it literally remapped the world we live in. [pg 19]”

“The disunity that settled over our world came at precisely the wrong moment. As we are learning the hard way, a planet divided against itself cannot stand. [pg 19]”

The story is about how war, dishonest politicians and horrible global warming has ruined the earth. Flooding has taken out Washington DC and the surrounding areas. Everyone is out for themselves. The entire system has broken down.

“At home, it self-destructively refused to invest in the country’s decaying infrastructure, enabling foreign hackers and homegrown terrorists to exploit weaknesses in transportation and communication networks, causing several embarrassing and costly stoppages. [pg 112]”

Sound familiar? Very apropos if you ask me…but I won’t get too political here.

“When a national educational system disappears, the nation itself is sure to follow, as it did in North America. [pg 70]”

“An increasingly embittered and armed white minority seemed determined to adopt a scorched-earth policy rather than leave anything of value to its mixed-race heirs. [pg 112]”

“No one ever expected to see those images of people clinging to the base of the Statue of Freedom atop the US Capitol. The waters submerged the Supreme Court, the White House, the Pentagon, and everything else in what had once been the low-lying swamps between Maryland and Virginia. [pg 113]”

Because the book is short, it reads more like a short story and it ends in kind of an odd spot. It felt like the story could have easily gone forward. Despite that, it was a good read. And a very scary glimpse into what could be our future. 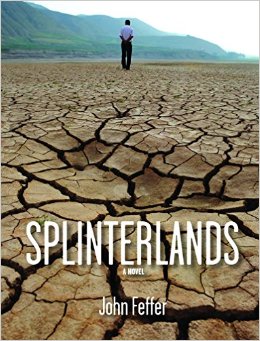 Somehow I read book 10 before book 9 so I was anxious to go back and read 9 because apparently a lot had happened! And yes! TONS happened in this book.

First, the murder mystery was very interesting. One of the last surviving quintuplets (famous in Canada because they were conceived before IVF during the Depression) is murdered. Inspector Gamache is back in Three Pines to investigate. (I would love to live in Three Pines!) So of course the favorite characters are back, which is great because I’ve invested 9 books in these characters and they feel like family at this point.

Second, the bigger part of this book was the story that has been building through all of the books in the series and it comes to a head in a very exciting, very dramatic way at the end of the story.

Third, Jean-Guy, Gamache’s former second in command, is addicted to drugs and is now working for his arch-enemy. The deception, the revenge and betrayal is palpable in the book. Can Gamache and Jean-Guy ever fix their damaged relationship?

If you’ve read the other books in this series, you will not be disappointed in this one. You’ll like it so much you almost want to read it again. 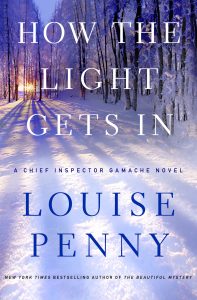 7 ) Between the World and Me by Ta-Nehisi Coates

This book is short. It’s a collection of short stories/essays/letters to the author’s son about race in America and his experiences growing up African American in Baltimore.

“…people forced for centuries to live under fear. The law did not protect us. And now, in your time, the law has become an excuse for stopping and frisking you, which is to say, for furthering the assault on your body.”

“There were little white boys with complete collections of football cards, and their only want was a popular girlfriend and their only worry was poison oak. That other world was suburban and endless, organized around pot roasts, blueberry pies, fireworks, ice cream sundaes, immaculate bathrooms, and small toy trucks that were loosed in wooded backyards with streams and glens.”

It also talks about current events like Trayvon Martin and Michael Brown. He talked a lot about police and his fear for his son with the police.

“…the police departments of your country have been endowed with the authority to destroy your body. It does not matter if the destruction is the result of an unfortunate overreaction…And I am afraid. I feel the fear most acutely whenever you leave me.”

This book was so heartbreaking and very eye-opening to the African American experiences and how current events are effecting their day to day life. It’s a hard book to read, but an important one, I think.

“Never forget that we were enslaved in this country longer than we have been free. Never forget that for 250 years black people were born into chains–whole generations followed by more generations who knew nothing but chains. The enslaved were not bricks in your road, and their lives were not chapters in your redemptive history. They were people turned to fuel for the American machine…You cannot forget how much they took from us and how they transfigured our very bodies into sugar, tobacco, and gold.”

Despite the heavy, heartbreaking topic, the author did not come across as angry. The theme was sadness, grief and fear.

“Black people love their children with a kind of obsession. You are all we have, and you come to us endangered…[we are] a people who control nothing, who can protect nothing, who are made to fear not just the criminals among them but the police who lord over them with the moral authority of a protection racket. It was only after you that I understood this love, that I understood the grip of my mother’s hand.” 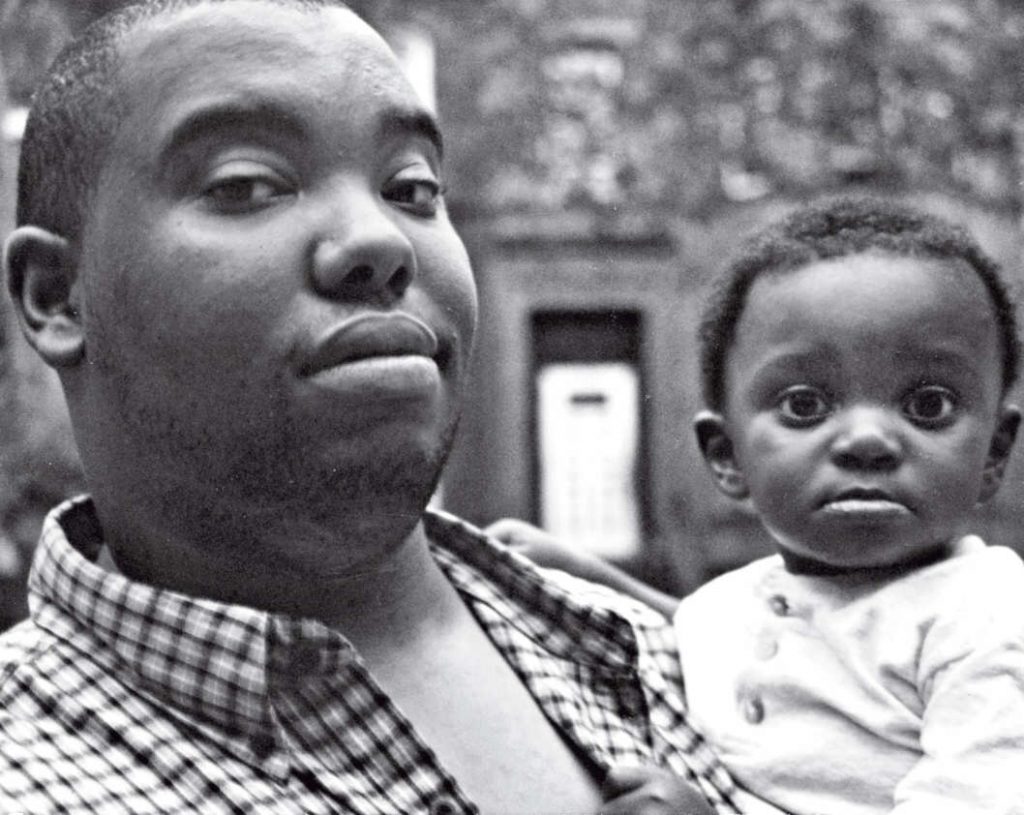 The author was writing a piece about the verdict of a shooting and he met with the grieving mother.

Heavy, heavy stuff. I teared up a lot during this book. I definitely recommend this book for everyone! 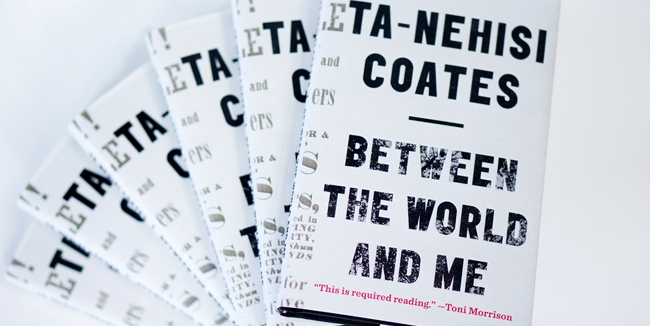