On Saturday I dragged Michael out of bed 😉 and we drove to Pacific Palisades to go for a hike in Will Rogers State Park. It’s a really big place! And it was nice. We did the Inspiration Trail. It was fairly easy, but connected to other trails you could do to make it longer.

It was about 65 degrees but felt warmer in the sunshine. It felt SO nice after being back in cold, rainy Portland for two weeks after paradise. 🙂

The trail looped around a big hill and at the top there were really nice views.

There were also stables, so we saw horses. And trail runners, mountain bikers and people walking their dogs. It was a popular place.

It was a really nice workout. After that we drove to Pacific Palisades for lunch. It was a really cute place! Lots of cute little restaurants and shops. I would like to explore that area some more, too. We went to lunch at Cafe Vida, which was very popular. The place was packed the entire time and had a long wait. But it was worth it.

I got the mahi mahi grilled fish tacos topped with cabbage slaw made with yogurt and a mild sauce. It came with black beans and rice. It was SO SO delicious! Michael got a chicken and veggie bowl and he loved it, too.

I definitely recommend this place and would try and go back next time I’m there. The food felt really healthy. It wasn’t spicy, which was kind of a bummer because I like spicy fish tacos, but it was still delicious.

Saturday night we went out to dinner at Paul Martin’s in Manhattan Beach. Another great place I highly recommend! Classy joint, great food, good service. Reasonable prices compared to a lot of LA options! Also, Manhattan Beach is super cute, and parking was easy at the restaurant, so definitely check it out. The place filled up fast, too!

I got a glass of Sauvignon Blanc (delicious wine list!) and they brought freshly baked bread (the butter was awesome). I got the Wedge Salad (very very good):

And the French Onion soup:

Michael got the steak cobb salad and he said it was one of the best he’d had.

Then we splurged and shared a piece of chocolate cheesecake for dessert. Everything was so good! Definitely ate too much. Worth it.

We had an early night because we had to get up at 4:45 to get to LAX for our flight home. The early morning hour turned out to be a good time for LAX and everything went super easy. We even saw Jason Momoa at the airport!

The flight home was turbulent (yuck) but we landed and got to see Logan! I’d missed him SO much! I admit, I got a little homesick for my baby. This was the longest we’d ever been away from him (4 days) and the first time we were in another state without him. It was very weird for me. I couldn’t stop giving him kisses when I saw him!

It was a good trip. Driving in LA is nuts and I felt like our trip was spent just driving places. I didn’t get to do all the things I’d wanted to do (partly because of how long everything took to drive to) but it’s on my list for our next visit (The Getty Villa, The Natural History Museum, Runyon Canyon).

It is so good to be home. Michael and I are both “over” being on vacation though! Traveling is tiring. (Not complaining, it was all amazing, but dang we are tired!)

It’s funny, when people heard that Michael and I were going to LA on vacation the first question was “Why?” and the second was “Are you visiting family?” Apparently the only reason to go to LA on vacation is to visit family. I don’t get the disdain for Los Angeles. It’s a city full of glamour, grit and intrigue. It’s a city that has felt like a fairy tale for me because it’s the home of movies and so many books take place there.

I don’t know what I expected before I went to LA. I knew the smog was going to be bad, I knew traffic would be horrendous. I had secret hopes that I’d see celebrities at the local coffee shop and I was dying to see the famous landmarks! Griffith Park and the Observatory was on the list, the Hollywood sign, Sunset Blvd, Whisky A Go-Go, Venice Beach, Rodeo Drive…What was cool is that the growing list of “must sees” included A LOT of free stuff!

I’ve got a few posts about my trip to California that I’m working on. This post, one about the food, two of the must-see things. 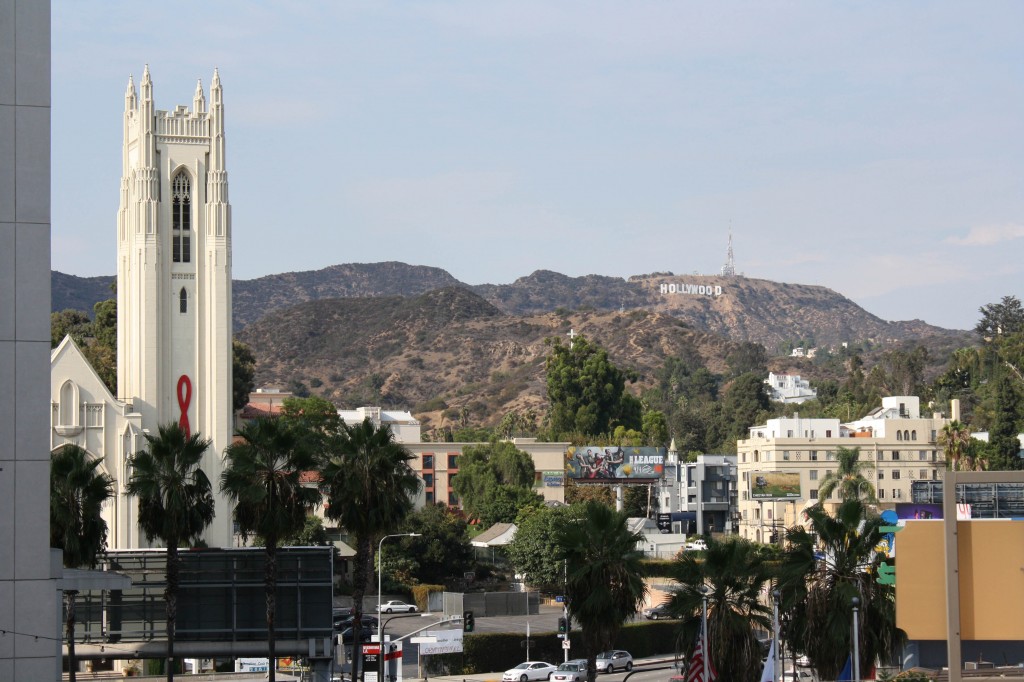 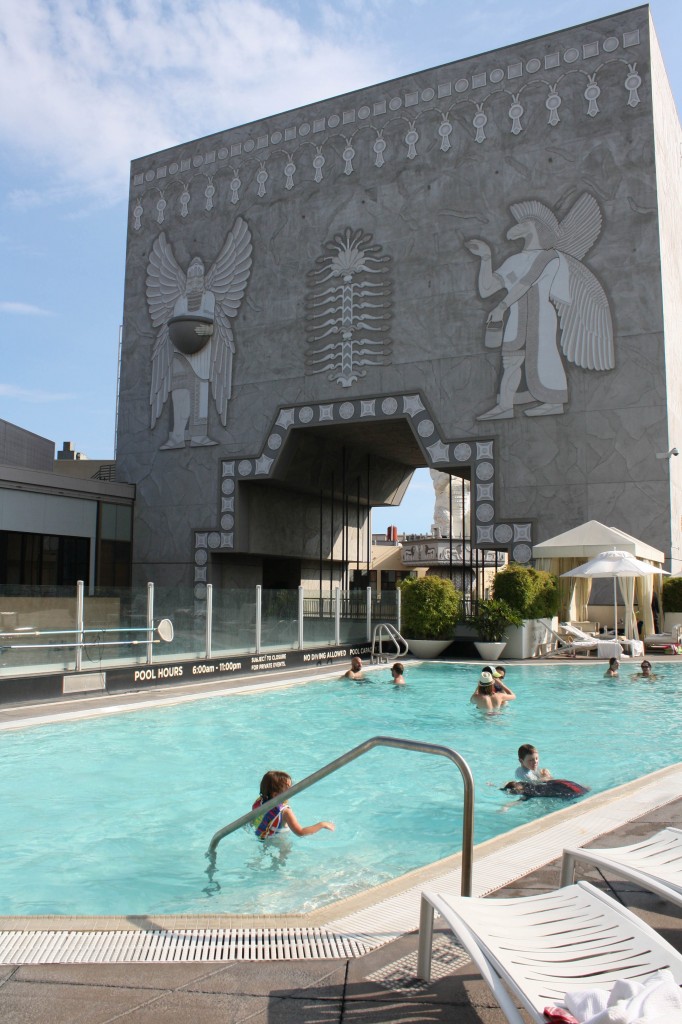 The Loew’s Hollywood Hotel was really nice and centrally located but it was also part of a mall–which was weird. The stereotype of California being just a bunch of strip malls is pretty accurate from what I saw. They were everywhere. The open air mall that was attached to the hotel was okay but I’m not really a mall person. Also, the parking was SUPER expensive ($14/day and you couldn’t go in and out so if you didn’t plan it right, you could be paying $10-14 several times a day!!). That was a pain.

Hollywood Blvd felt a lot like the Las Vegas Strip, but a little grimier. There weren’t a lot of food options nearby (McDonald’s and other mall-type food) and what was close was very expensive. That was kind of a let down. We were only two blocks from Sunset Blvd which had more options, but since we didn’t know the area well, walking was difficult. 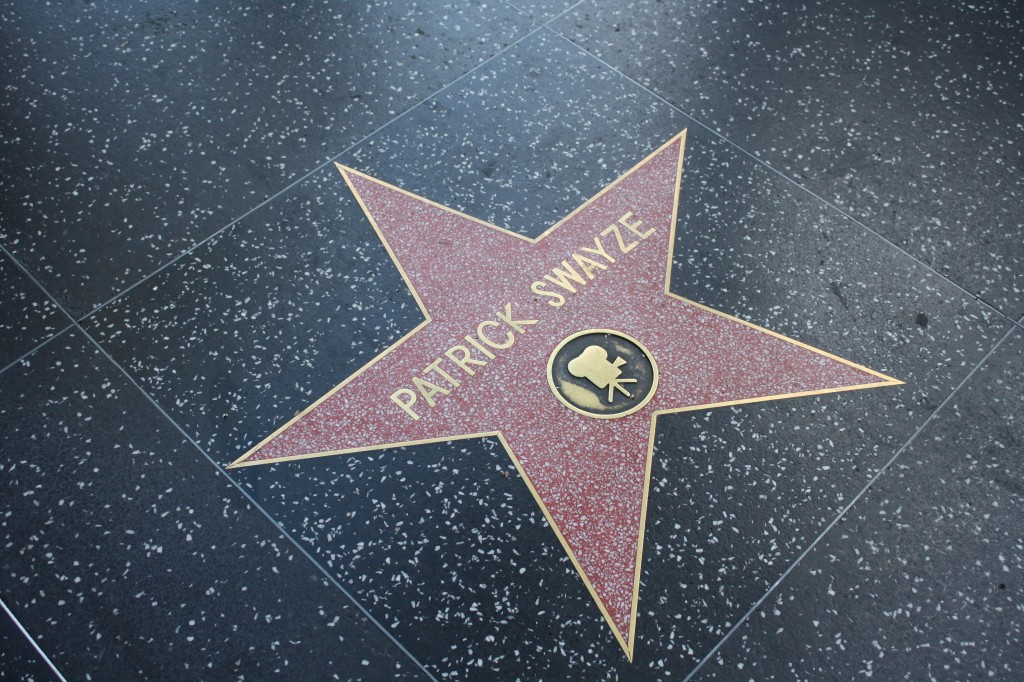 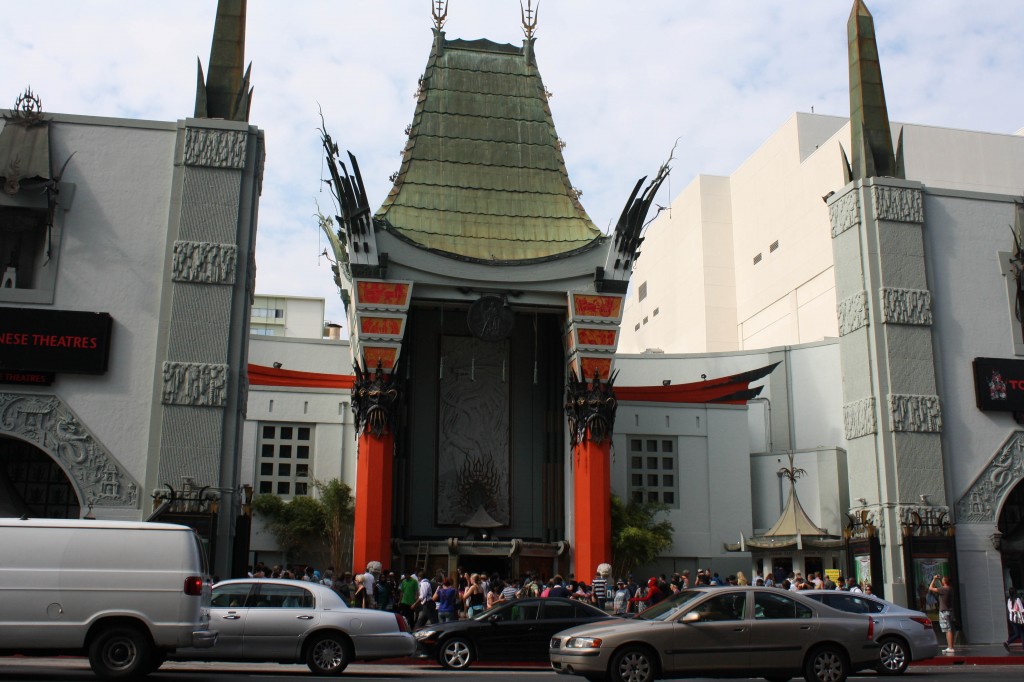 The Hollywood Sign was cliche but a “must see” for me. I found directions online for the best spots to view it at. We took this very terrifying, narrow, winding road up a residential street that took us to what I think was a park next to the Hollywood sign but it was blocked off. Couldn’t get any closer! But I got a great photo! 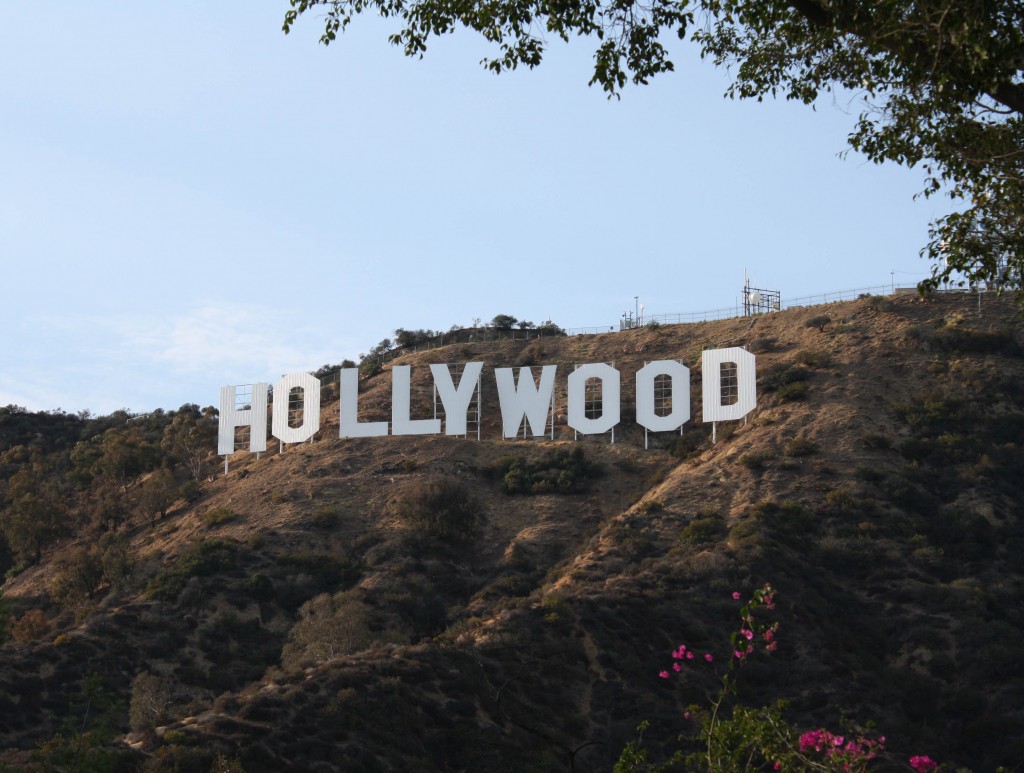 Griffith Park/Observatory was one of the best things about the trip. I loved how cool the park was. There were miles and miles of trails for hiking or running, parking was free and the observatory was free, too! 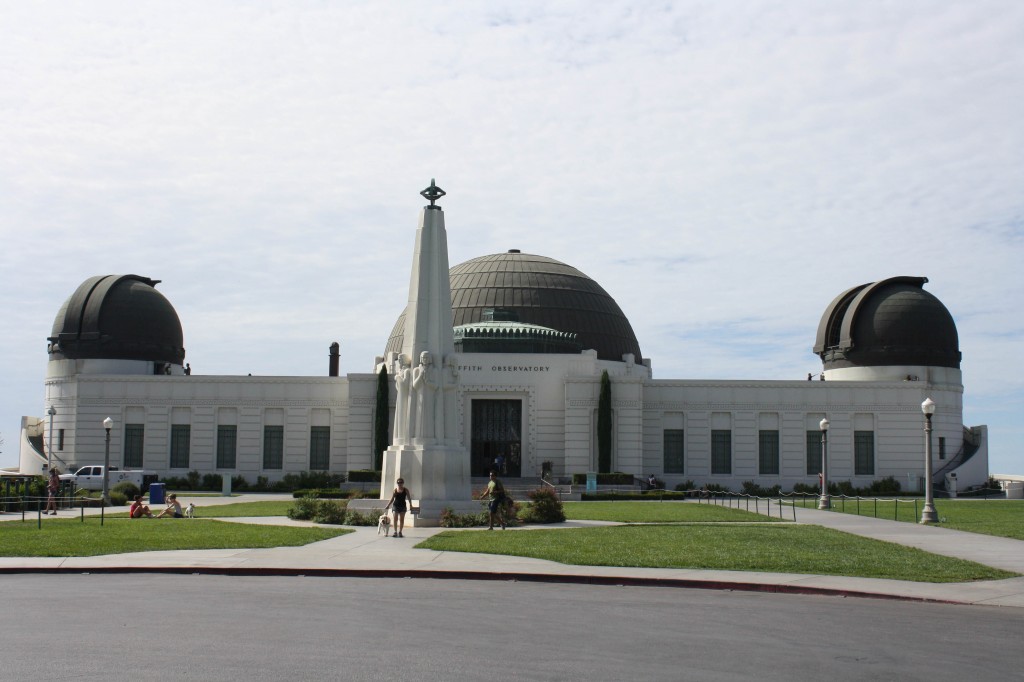 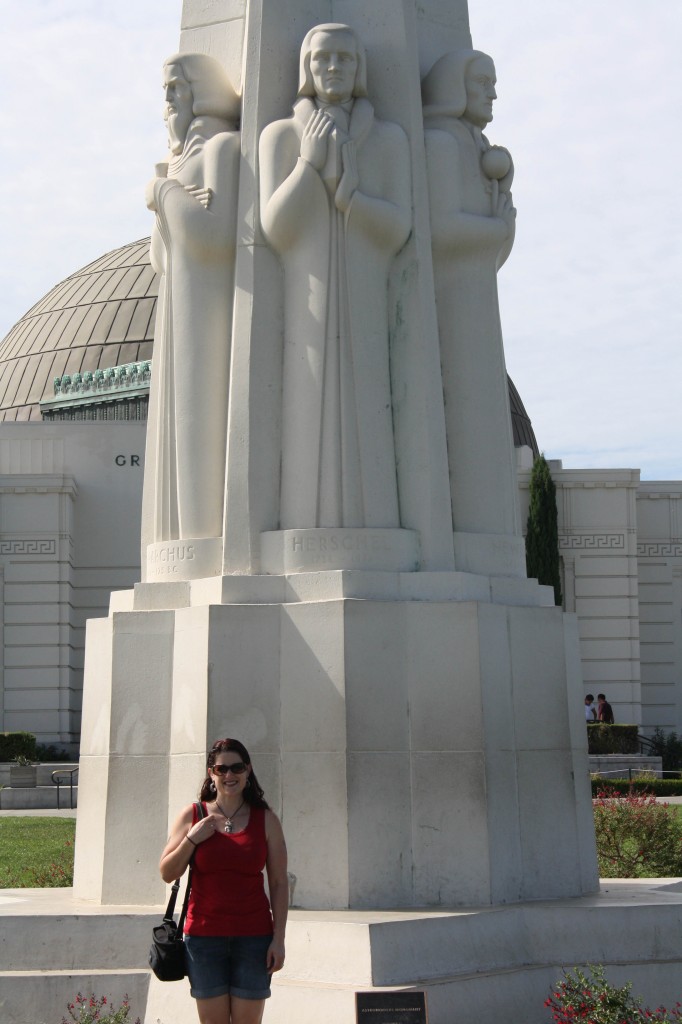 The views of LA and the park were so worth it. Michael and I went for a short hike down on the other side of the observatory and got some great photos of it. 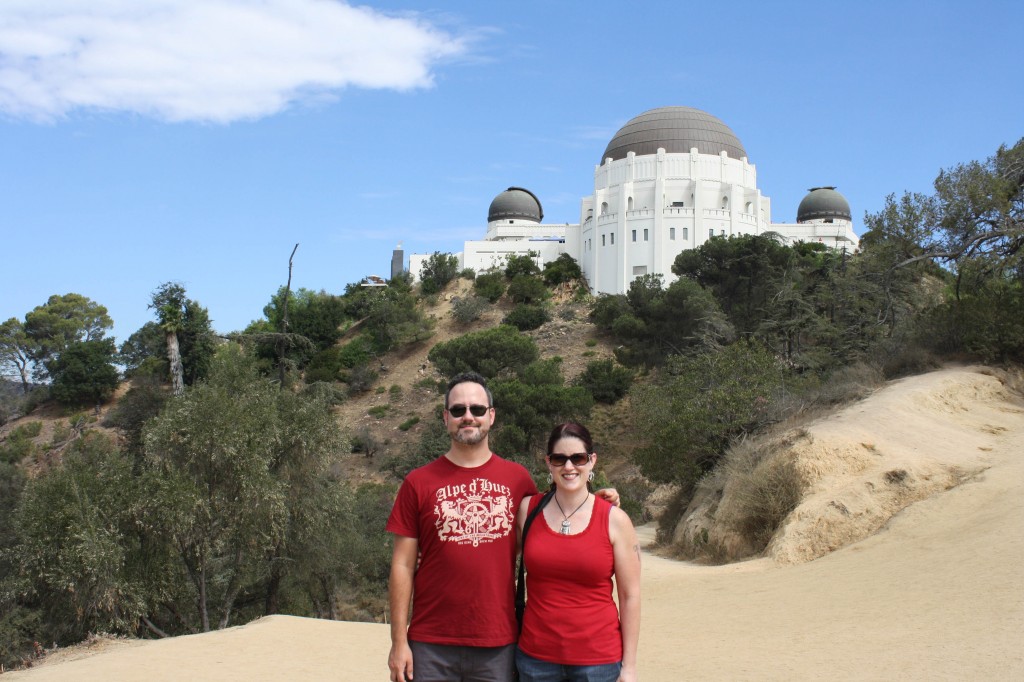 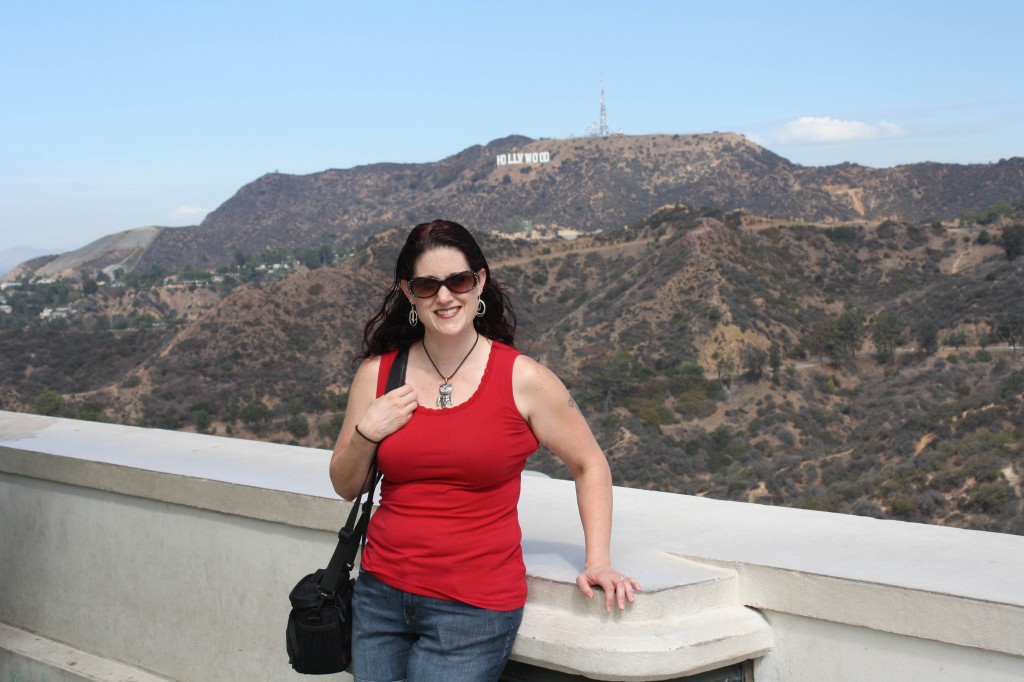 Rodeo Drive was cheesy, overrated, but still fun. And I actually bought something! AND I didn’t pay an arm and a leg. 😉 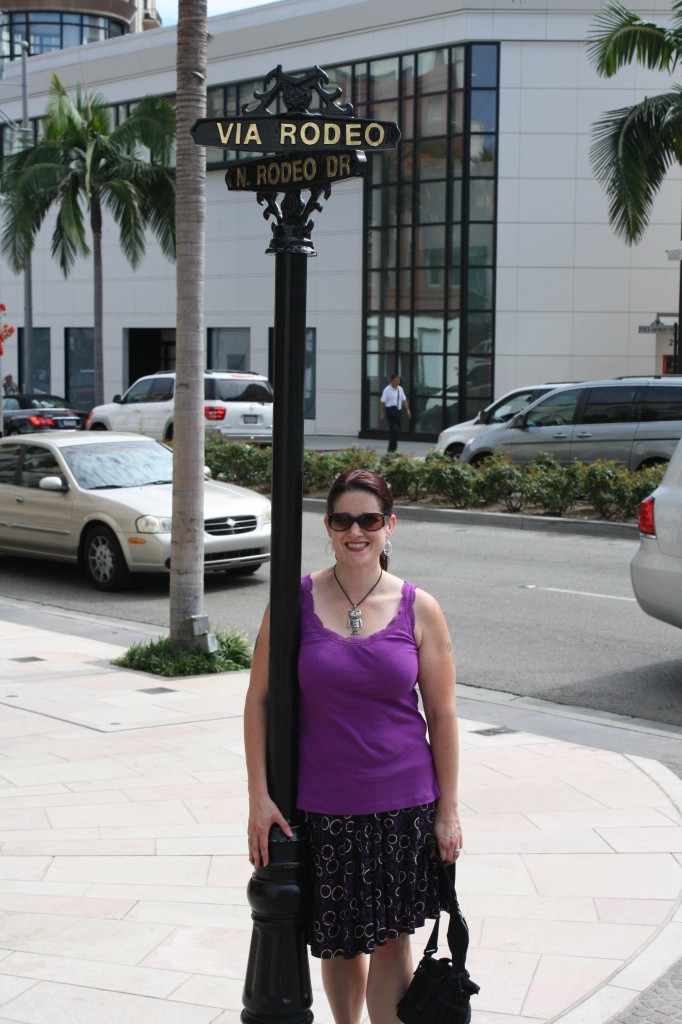 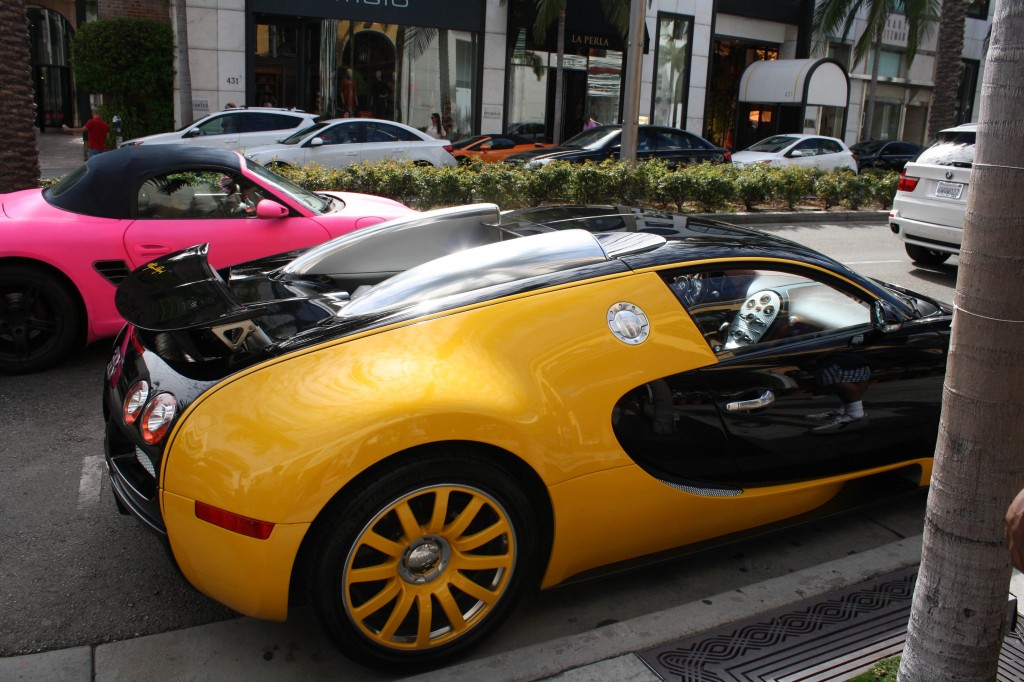 Saw a bunch of ridiculously priced things, some fancy cars and bad plastic surgery. The yellow car above is a Bugatti. Apparently that’s fancy. 😉 Most of all it was just kind of fun walking around in a fantasy world. Beverly Hills was nearby and the houses were insane.

La Brea Tar Pits were good for kids. There was a really big park that you could walk around in and it was free. There were a few museums, which we did not go to, and a nice bar/restaurant in the shade (more on that later). 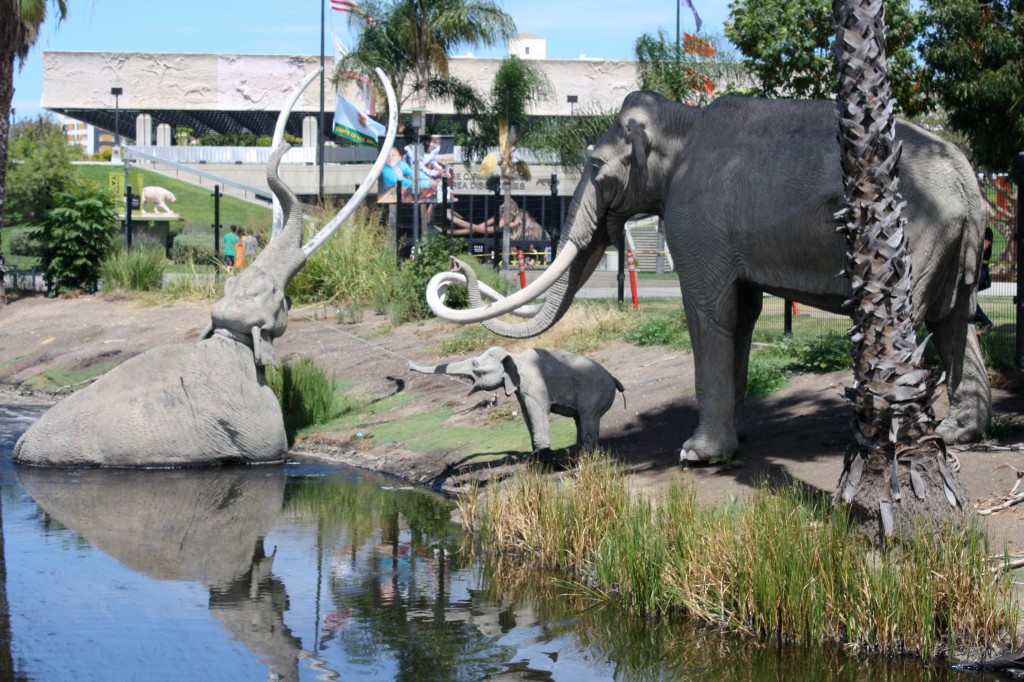 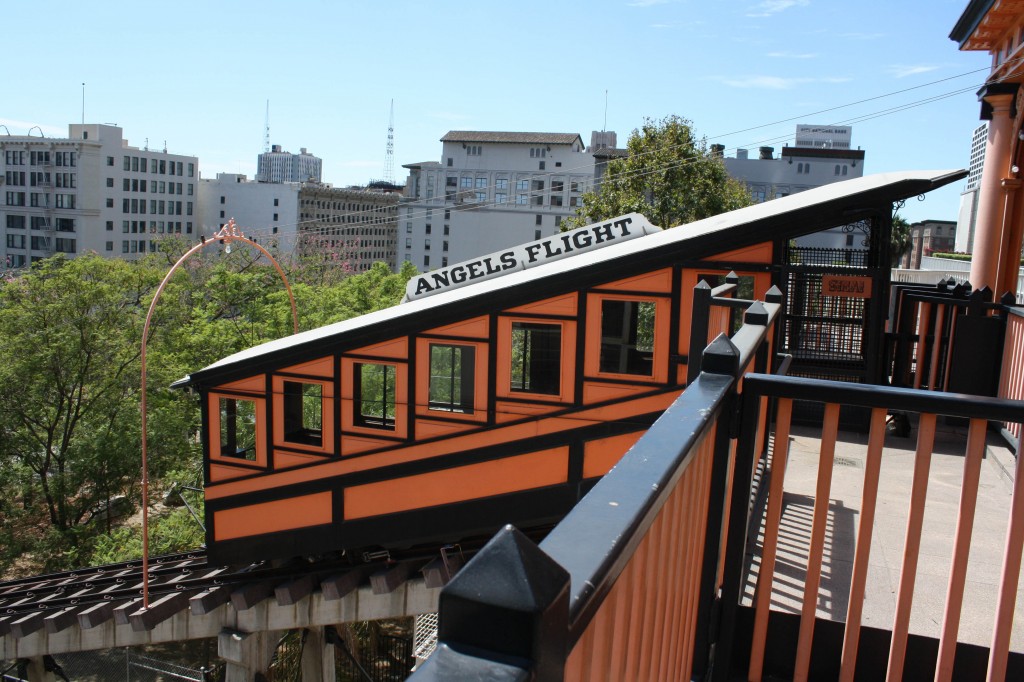 It was in downtown LA and there wasn’t much else to do around there. We tried to go to the library, which is supposedly beautiful, but it was closed. So was the Bradbury Building. I was disappointed I didn’t get to see the library but maybe next time!

QUESTION: Ever been to LA? What were your favorite “must sees”?