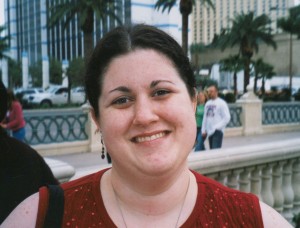 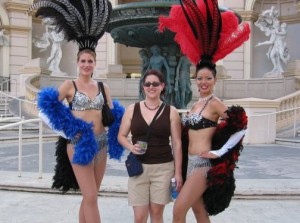 The After picture was taken last summer in Vegas. I was the skinniest I’d ever been. I gained about 15 pounds this last year. I hate it. I felt like a failure after losing 110 pounds! Part of it is muscle because I really changed my work out routine this year (added a weight program and started running). The main part of that is medication I took for a year. It was nasty stuff. I’m off it now and hope the weight starts to come back off. I want to get back to that Vegas weight.

I think most people start exercise/diet programs with the best intentions but it’s difficult to stay motivated. Here are a few tips I’ve learned along the way:
*Listen to music while at the gym. Or talk radio. I recorded a few radio shows I liked but couldn’t hear at work and it helped me stay on that elliptical machine longer.
*A few gyms now have mini television screens attached to the machines. I’ve been known to get sucked into an HGTV program and all of a sudden I’ve been on the treadmill for an hour!
*Choose an exercise that you enjoy.
*Get a buddy! Having someone to work out with keeps you motivated because it’s fun and you’re accountable to each other.
….And the most important for ME:
*Have achievable goals!

Achievable goals are less overwhelming. Want to run a marathon? How about making your goal to run a half marathon instead? It’s less stressful and overwhelming. Sometimes when I run, I start to feel overwhelmed, tired, or bored and want to stop. I tell myself, “I’ll just run to that next light post” and once I get there, I usually keep going. 🙂

While I was losing weight, it helped immensely to have goals and specific dates to reach my weight loss. Here is an example:
1. I wanted to lose 50 pounds by my brother’s wedding.
2. I wanted to train for my first 5k run.
3. And currently, I am training for Reach the Beach and Hood to Coast.