If you want to follow me on Goodreads, here I am. You can also read old book reviews here.

In this book, Mitch Rapp is back and working on a mission in Germany to assassinate a dirty Count. The mission goes wrong and his partners attempt to kill him. He goes on the run, not sure who to trust, and then eventually makes it back to the States to confront the higher ups in his organization. It turns out there’s a leak in the department and someone is out to get Mitch and his handler, Irene. It’s a really fast story and well written. The ending was both exciting and frustrating because it was a bit of a cliff hanger! Another good book in the series! 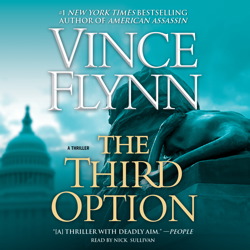 The last book in this series was a dud–major let down since I love the series. But this book turned it around. It was back to focusing on Ruth and her adventures.

This particular story was unique and creepy and fun to read. A homeless woman goes missing and suddenly several homeless men are murdered. At the same time, two women from the community go missing and there are rumors of kidnapping and underground societies.

It was an interesting story and I loved the ending and where it left off! Can’t wait for the next book! 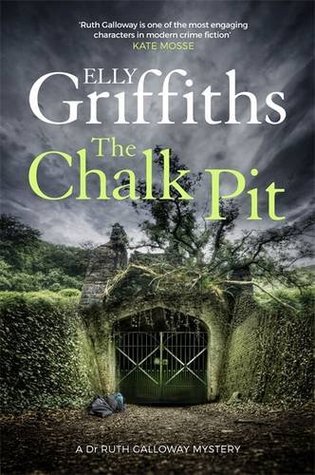 3 )  The One-In-A-Million Boy by Monica Wood

Man, did I love this book! It was so good. I loved the characters–they came alive in this book and I felt the pain, sorrow, and happiness that the characters felt. I would describe this book as a cross between “A Man Called Ove” and “Take Me With You” by Catherine Ryan Hyde. So if you liked either of those books, you’ll like this one.

The story is told in different ways–Ona is 104 years old and “the boy” comes to her house every Saturday to help her and to work on his Boy Scout’s badge where he interviews her about her life.

Then the boy dies unexpectedly (heart-breaking!! get your Kleenex) and his estranged father, Quinn, takes over his quest to help Ona each Saturday. They basically become family and the entire family heals, and tries to fulfill the boy’s goal of getting Ona into the Guiness Book of World Records.

It’s a tear-jerker, but often in a happy way. The book is beautiful written and I did not want it to end. I wanted the story to keep going.  This book was so excellent! Read it! 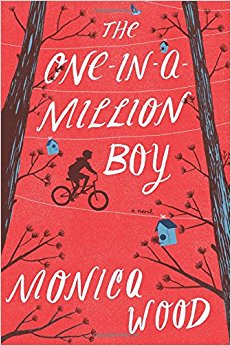 What a beautiful, heart-warming and heart-breaking book! The book is told from two points of view. The first is Soli, a 20 year old who is trying to escape the poverty in Mexico to cross the border into America. The story is about her journey, the absolutely horrific things she endures to cross the border, and the love she finds on her journey. She arrives in Berkeley, California, pregnant, poor, and safe. She lives with her cousin and gets a job as a housekeeper/nanny.

The second story is Kavya and Rishi, Indian-Americans living in Berkeley who want a child and try and try unsuccessfully to get pregnant or go to term. The desire to be a mother is palpable through the pages.

“Having a child was like turning inside out and exposing to the world the soft pulp of her heart. If something happened to Ignacio–if illness took him or an accident, she herself would never recover. If the night stole his breath away, as sometimes happened to the very very young, her own breath would never return. At night, thoughts like this sat vigil around her bed. [pg 181]”

Through a horrible twist of fate, Soli’s son is taken into DHS custody and Kavya gets the opportunity to become a mother. She is immediately in love with little Ignacio. This is a story of a very lucky boy, loved by two mothers.

“Why did people love children who were born to other people? For the same reason they lived in Berkeley, knowing the Big One was coming: because it was a beautiful place to be, and because there was no way to fathom the length or quality of life left to anyone, and because there was no point running from earthquakes into tornadoes, blizzards, terrorist attacks. Because destruction waited around every corner, and turning one corner would only lead to another…She’d built her love on a fault line, and the first tremors had begun. [pg 350]”

Rishi is a little slower to fall in love with the boy. He was afraid of getting too close, since they were temporary foster parents and knew the mother could try to get Ignacio back. But eventually, something clicks, and he becomes his son.

“Being a father made him a part of this place, Rishi realized. He was no longer just a scientist, a pizza eater, a line dweller, a street crosser. Ignacio rooted him to the hum of this sidewalk. Ignacio brought him to Earth. [pg 327]”

It was interesting to read the cultural differences between Soli and her Mexican heritage and Kavya and her Indian culture, a culture that apparently is not welcoming to the idea of adoption. Biological children were very important to her parents–but even her parents eventually fall in love with Ignacio. How could they not??

“In her gaze, even from this distance, Soli could see a mist of love. She couldn’t deny this, and it shrank her inside, the love. [pg 417]”

Reading about the horrible treatment of illegal immigrants by ICE was absolutely awful and revolting. It made me really angry. The book was very well-written and I did NOT want the book to end. I didn’t like the ending, really, but there wasn’t an easy answer on how the story should end. Throughout the book you feel very strongly and root for Soli to win in the end–but at the same time you are rooting for Kavya and Rishi because they love Ignacio like he was their own. So it was truly a no-win situation. 🙁

“Grief was a solitary practice, though they would cling to each other that day and in the days to come. [pg 461]”

As a mother, the book was very hard to read but it was so so good. I absolutely loved it. When I got towards the end of the book, I felt a panic and raced to daycare to pick up Logan. All I wanted was to pick him up and hug him and never let him go. 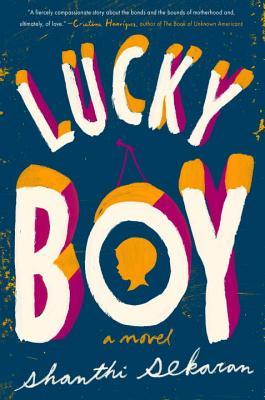 After reading several super heavy, dark, difficult reads, I needed something light and fluffy to give myself a break. I read another chick lit type of book, that wasn’t very good, and then picked up this one from the library. I actually really enjoyed it! For a “chick lit” book it was pretty well-written.

Dempsey is a lobbyist in DC who loses her job, and could possibly be heading to prison, after a boss with her scandal breaks. Perfect timing: a distant, elderly relative died and left his house to her father. She decides to go down to Georgia to fix up the house, called Birdsong, and get it ready to sell, while she figures out how to fix her life.

She gets down to the house and it’s a mess. Overgrown yard, house falling apart, piles and piles of junk and magazines. Plus–an ornery old squatter! So the book is basically about her fixing up this house, meeting someone down in Georgia, clearing her name from the scandal and figuring out what she wants to do with her life.

It was a very satisfying read and the characters were well-developed. The story was good, even for a fluffy book! I liked the book a lot. 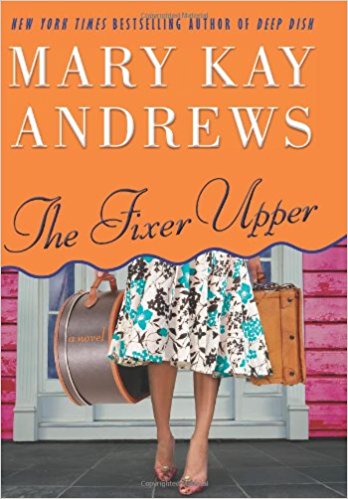 This book starts out with a bang! LOVED the writing style, the crisp, fun writing and the way the author reveals parts of the story in bits and pieces in a shocking way. The first chapter is one the best first chapters I’ve read in a long time and it instantly sucked me in and made me want to read the whole book in one sitting.

This is a story about Georgia, about to get married and move to London to start a new job. She goes home to wine country, and finds her whole family in shambles. Everyone in her life is having relationship issues.

” ‘Because that’s the only way to get somewhere better.” He shrugged. “If you fight, you work it out. If you don’t fight, you move into your own corners, and nothing gets decided there.'[pg 146]”

She’s conflicted about getting married in a week. Everyone in her life has advice for her.

” ‘I stopped paying attention to her. I stopped doing the things that someone does for the person he loves. Because I was tired. Because other things always seemed to matter a little bit more…That doesn’t happen overnight, you know. It happens slowly. You should be careful of that. You should be careful not to take the person you love for granted. Not only because they’ll notice. But you’ll notice too. You’ll think it means something it doesn’t.’ [pg 239]”

There is a lot of “will they, won’t they” in the middle of the book, back and forth on the wedding, but the story is so well written and engaging that it wasn’t cliqued. And I absolutely LOVED the ending! I wanted the book to keep going, I wanted more. I loved the world and characters this author created. I will definitely be reading more of her work. And I hope they make this book into a movie! 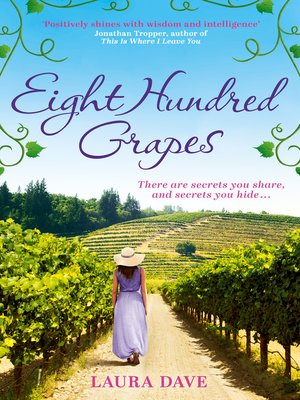