Someone Shot At Us!

aka The Worst Camping Trip Ever

The best stories are the ones that you can continue to tell over and over again and still laugh….in spite of everything. With summer ending, I’m reminiscing on some really great…and some not so great…summer memories.

Last summer, Michael and I went on a camping trip over in Eastern Oregon in a place called John Day, Oregon. Neither of us had ever been there before but the photos of The Painted Hills we saw online looked so amazing we had to go. 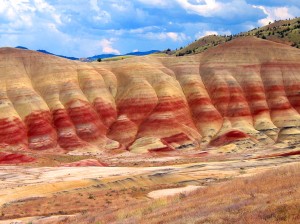 Yes, those are the real colors. 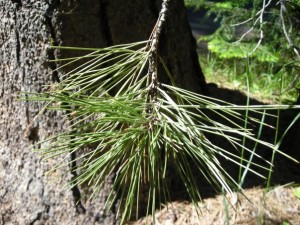 We set up the campsite about 20 minutes away from the Painted Hills in a very remote campground. 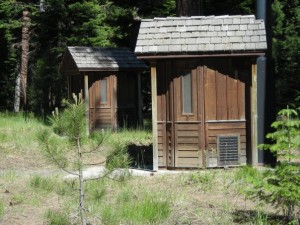 We set up camp and enjoyed the site that first night. Beer, hammocks, a campfire…the best time! 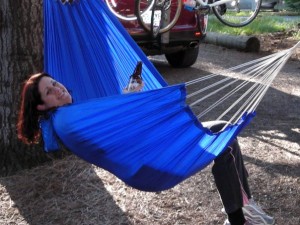 We grilled up some salmon and fresh asparagus. I think that’s pretty good eatin’ for camping. 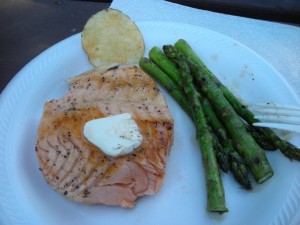 We had a great night camping and woke up the next day ready for a full day of hiking and a bike ride. 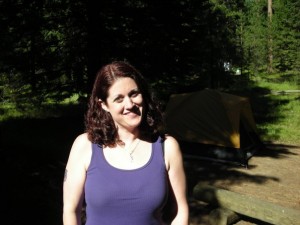 As you can see it’s a pretty remote area. Right before we went for our bike ride, we stopped in a town similar to the movie Deliverance. I am not even kidding you. I wish I had taken more photos of that creepy one-street town because it will make your skin crawl. 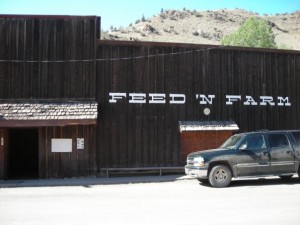 We went for a hike and explored the Painted Hills first. 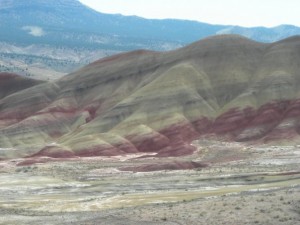 It was so cool in person. Not quite as big as the photos make it look, but still awesome. There was a boardwalk through the middle of the Hills. 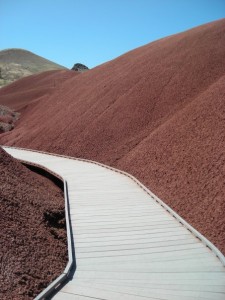 It was not a strenuous hike at all…more of just a stroll. Afterward we went out to lunch in the nearest town and then came back to go for a bike ride. 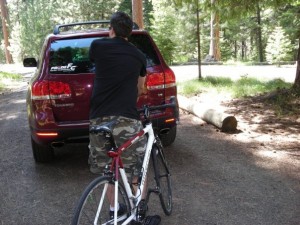 We intended on parking our car on the side of a road.  Similar to this picture: 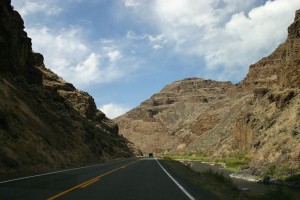 The plan was to park the car and then ride the remote road several miles to the Painted Hills and then back to the car. We estimated the ride would be about 15 miles round trip.

We were in the process of getting ready to head out when it happened.

Someone shot at us!

Michael had unloaded the bikes and we were closing up the car when it happened.

The sound of a gun shot echoed through the valley we were in. There was an explosion feet from us…My bike tire had exploded and the gravel around it sprayed.

Michael yelled back, “Someone is shooting at us!”

He ducked behind the car where I had been discreetly trying to put on my bike shorts (yay spandex).

I grabbed my phone–no service. I tried to look around at the hills across the road from us. I wasn’t sure what I was expecting to see but I didn’t see a person with a shotgun or anything.

We were both freaking out by this time. What do we do?? We’re in the middle of nowhere with no cell service. We’re in a valley with no where to really hide. 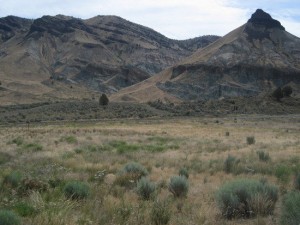 I suggested that we get in the car and speed away. Michael refused to leave my bike (noble…but stupid because it was a 15 year old rusted mountain bike). I was freaking out and said I didn’t care about the bikes–I care about our heads being blown off!

There were no more gun shots but I was worried. We were sitting ducks. We crouched on the protected side of the car while we discussed our options.

Was it some redneck hillbilly? Some kids playing a game? Some psycho??

I saw a VW Jetta with a couple driving onto the road we were on. I decided to risk it and run out there to flag them down. We’d been waiting for like 15 minutes already, trying to decide what to do. 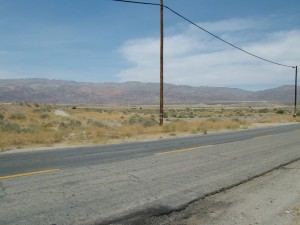 I flagged the driver down and said “Um, do you mind driving to the Ranger Station down the road and telling them we need help?” I told her that someone was up on the hill shooting at us. She agreed and they drove off.

No ranger came. Like 30 minutes had gone by. Michael decided it was enough waiting and ran around the car and grabbed my bike. We realized my back tire was flat and totally shredded. Luckily his (very expensive) bike was still on the bike rack.

Michael crawled across the car to the driver’s side and started the car.  He didn’t want to waste time out in the open trying to put my bike onto the rack. I sat in the passenger side with the door open holding my bike as he drove slowly a few feet to a spot that was protected.

He got my bike on the rack and the ranger drove up. We explained what happened and he told us to drive to the Ranger Station and wait for him to meet us. We happily sped away. 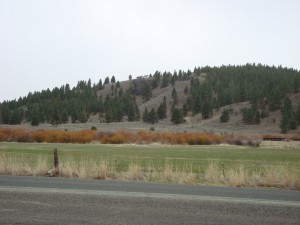 We waited at the Ranger station, getting some cold water and analyzing my bike tire.

Then Michael said, “You know…um, I’ve heard of bike tires exploding from heat…”

He analyzed the bike tire and said he couldn’t see a bullet hole or a bullet. “There would be a hole if it was shot. This looks like it exploded.”

I started laughing hysterically because the idea was so ridiculous. We looked at each other and all the adrenaline that had been racing through our bodies diminished.

“I don’t think anyone was shooting at us.” Michael said.

Our harrowing adventure in the wilderness where we were shot at…was most likely a bike tire exploding from the intense heat.

The Ranger returned and said he didn’t see anyone on the hill. Michael calmly pointed to the tire and suggested that maybe it just exploded. We slinked away as quickly as possible–dying from embarrassment. Once we were back to the campsite we were able to start laughing about the whole thing.

That’s not the end of the story, either. We still wanted to go for a bike ride. We rode out from our campsite and then Michael crashed on his bike and broke his arm.

The Quest for the Best Burger in Portland – Part 1