The Not Long Bike Ride

Today’s plan was to get on the bike and go out for several hours. I ate an English muffin with peanut butter and a cup of cottage cheese for breakfast. 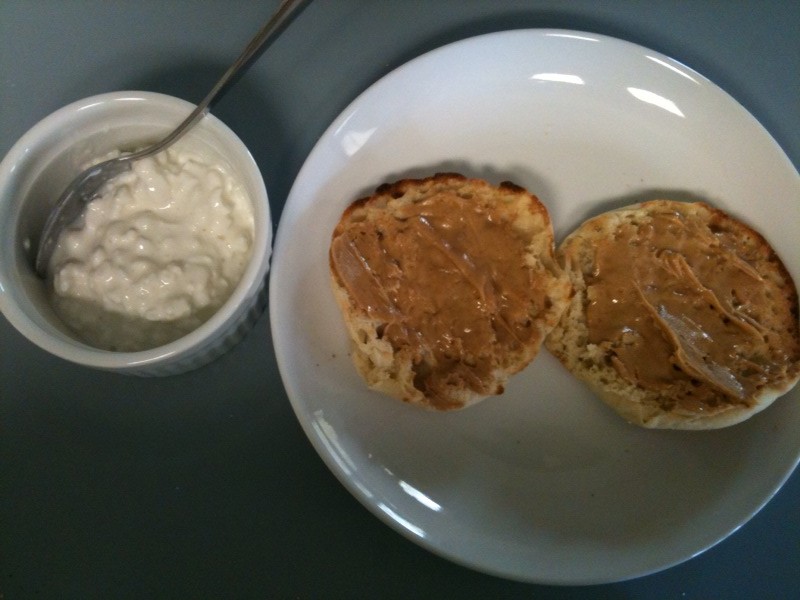 It was a little colder out than it looked. I put on my tights over my bike shorts to keep somewhat warm. 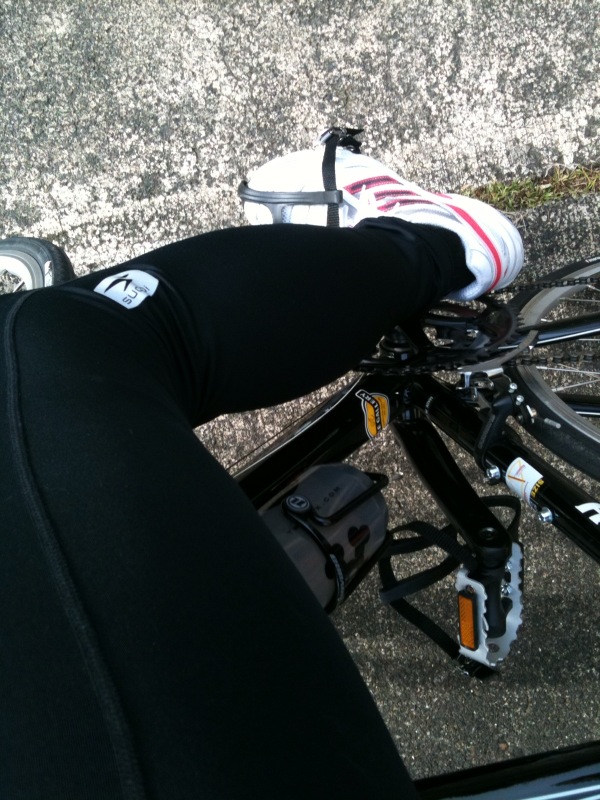 Our plan was to get on the bike path that goes along I-205 North to Vancouver, WA. That was the plan. We got to the spot where the bike path ends by our house and we couldn’t figure out where it picked back up. Even with the help of my iphone, we couldn’t find it! Disappointing. 🙁 So we decided to take the path South and see where it went. I think we rode to Oregon City. There was another bike path that runs along the river down there. That was a nice discovery! 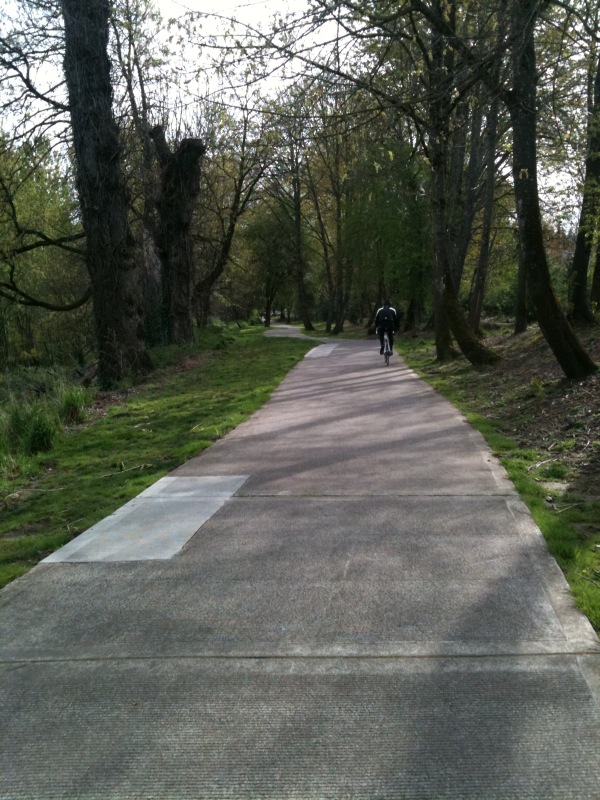 It was a scenic route. The river was running pretty fast and it was surprisingly windy out. 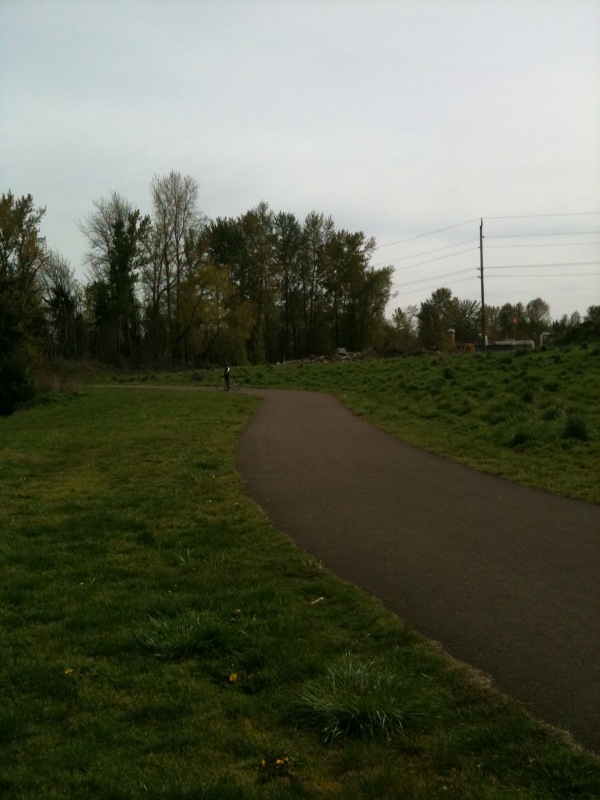 There wasn’t a lot of traffic on this path. We did see a few people walking, but only one other couple riding their bikes. 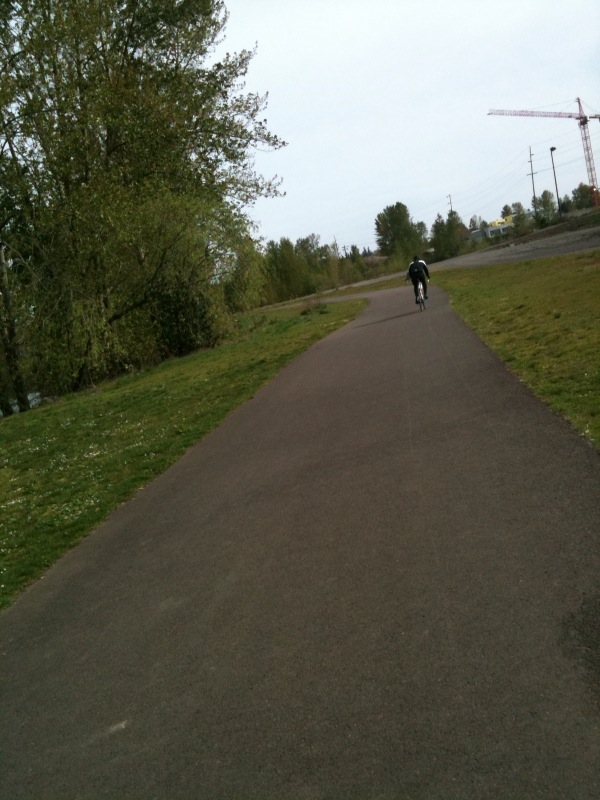 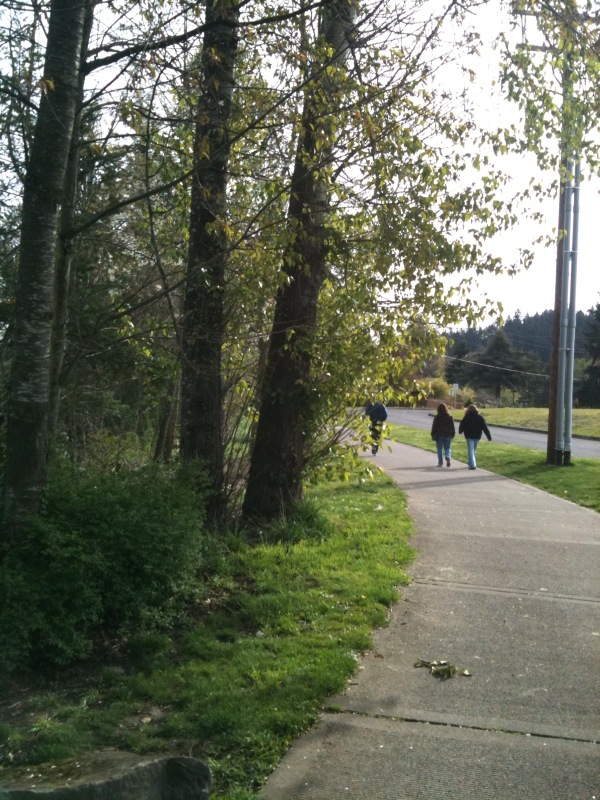 It was a really pretty ride! Even though it wasn’t the route we intended on taking, it was cool to discover a new part of the city. You can sort of see the river here: 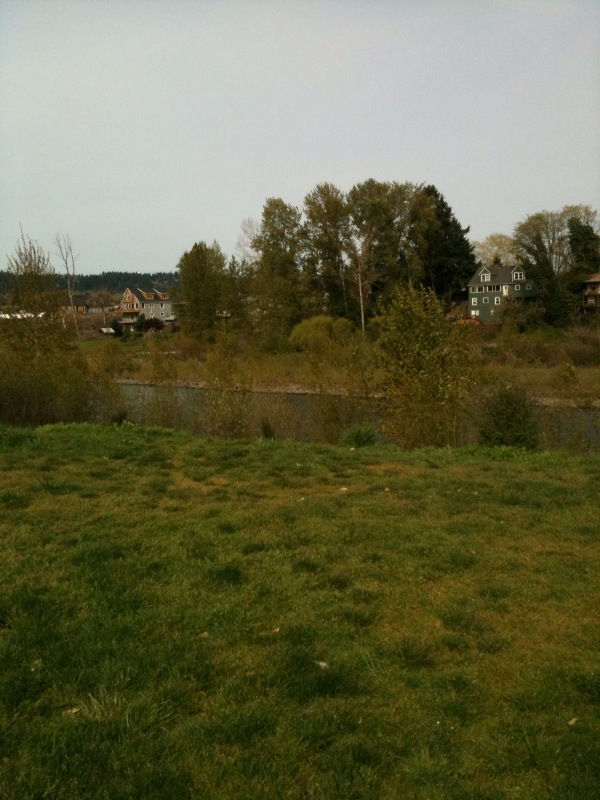 We turned around and headed back on the path. We crossed the river on this bridge: 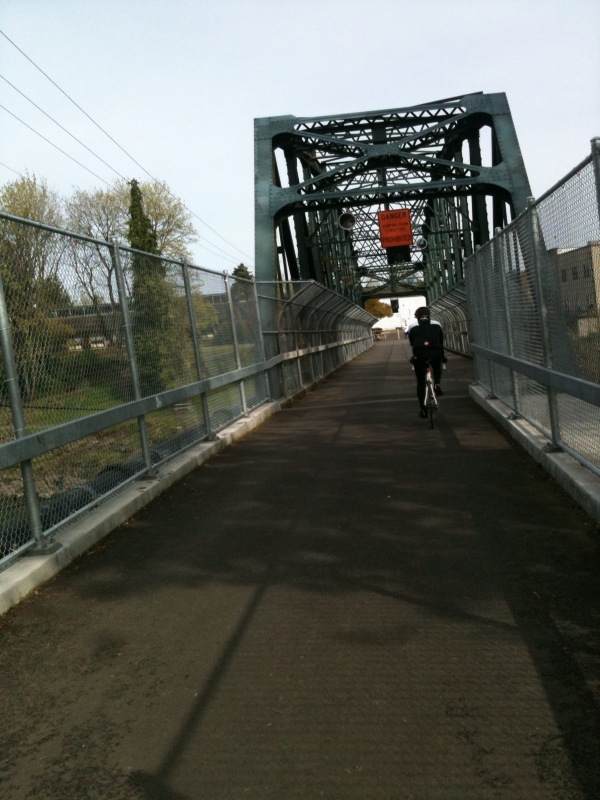 We took a different route back and ended up going up a huge hill. It was so much as steep as it was a never-ending incline! I kept peddling and peddling and telling myself I was almost to the top. And guess what? I got to the top and it just TURNED THE CORNER and kept going up hill! Ugh! I was NOT going to stop to rest though. I was determined to make it  up that hill without stopping or walking and I did it. Michael was waiting for me at the top but I didn’t stop to rest. I knew I just needed to keep going. Michael said his bike was shifting funny so we decided to head back to the house (hence the not so long bike ride).

When we got home, I decided to go back out on my own for a little while. I just rode in the neighborhood and checked out new routes. 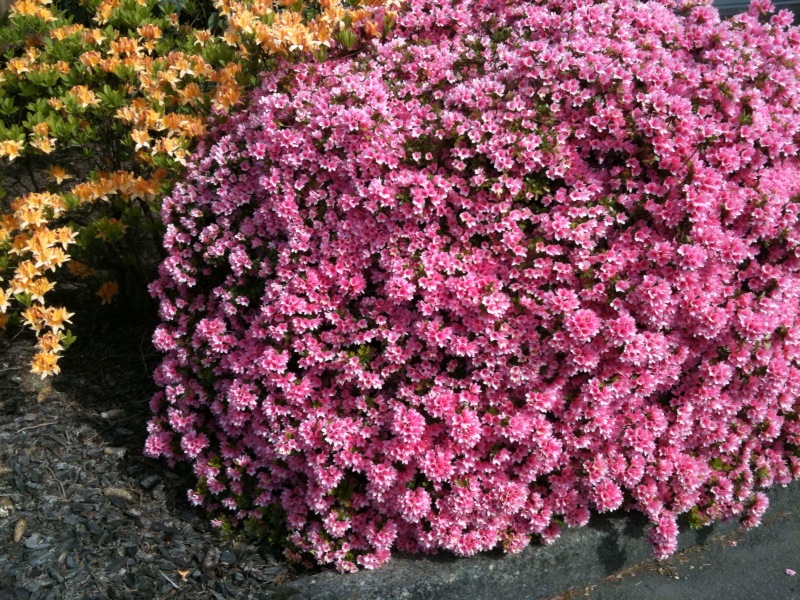 When I felt like I was done riding, I headed back to the house. Even though I was disappointed that I didn’t get the 3+ hour bike ride in like I had hoped for today, I’m glad I got out there and did what I could. Every little bit will help prepare me for May’s bike ride. 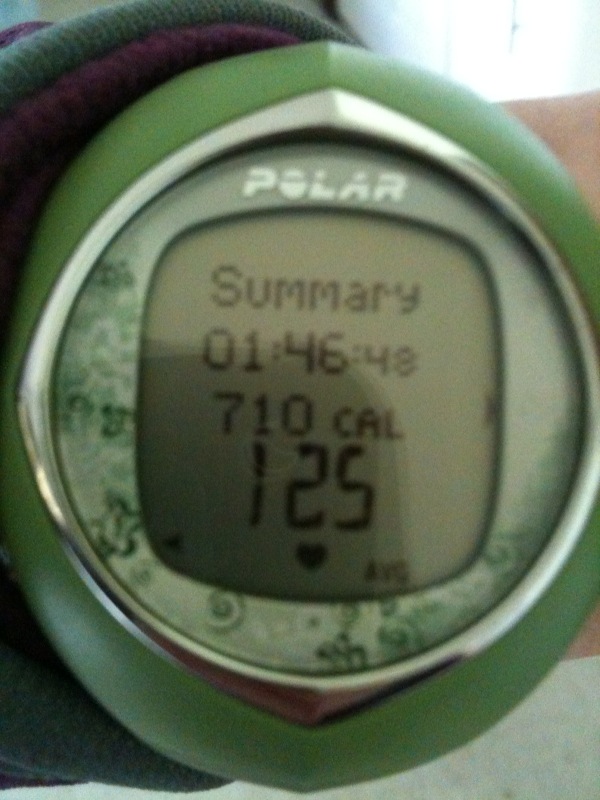 I burned 710 calories in almost 2 hours. I drank a small glass of chocolate milk as my recovery snack.

A is for Abstinence