Over the holiday weekend Michael and I got to enjoy a little time in the sun. We got a babysitter and went wine tasting with his mom and stepdad. They are always so nice and babysit Logan when we have pick-up parties at the wineries we are members at. So we wanted to repay the favor and take them tasting. 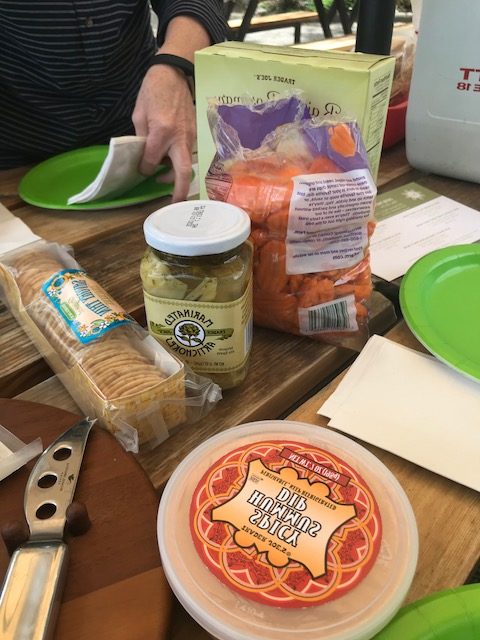 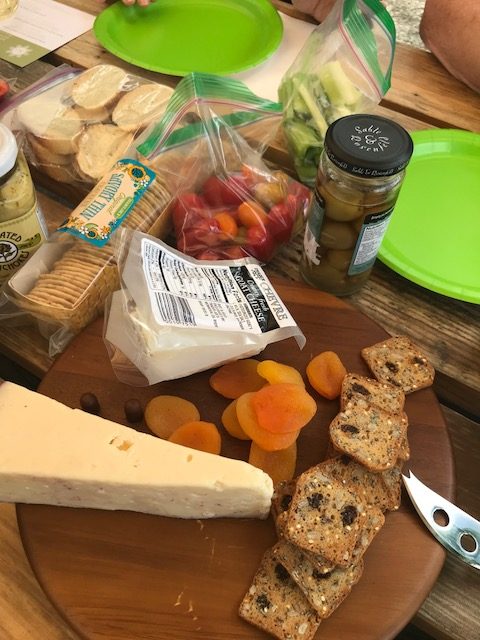 It was a really delicious lunch. The day was a little cool to start with but warmed up nicely. We did our tasting outside and we were able to set up our lunch on a picnic table outside near the the music. There was a really talented singer–I wish I’d grabbed her name! I did post a short video on IG if you are interested.

We had lunch, and lounged and did our tasting, bought a few bottles to take home, then headed to the next venue.

We are new members here. We joined last fall when we went there with some friends after the Sokol Blosser pick up party. The venue is SO MUCH BETTER in the summer! They opened up the patio and there was a TON of outdoor seating. 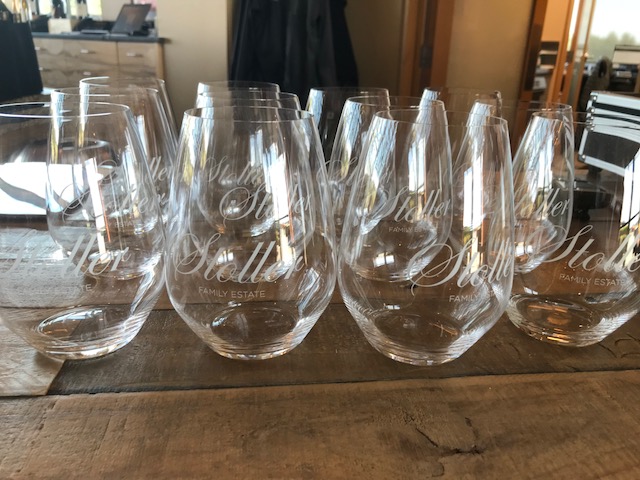 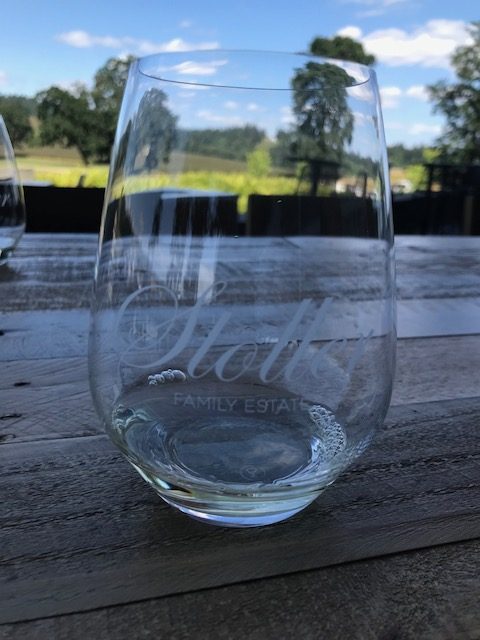 There were adirondack chairs, picnic tables, bistro tables and big tables set up everywhere. It was an absolutely GORGEOUS day. There were tons of kids there playing in the grass, there was a tire swing under the big tree, there was a frisbee golf course. It was just a fun environment for a summer day. 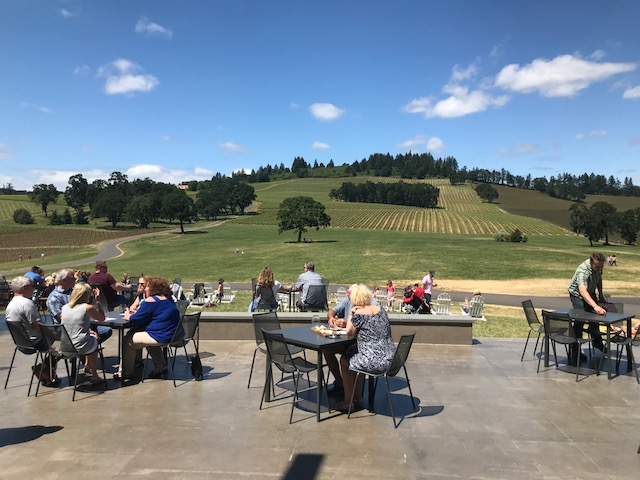 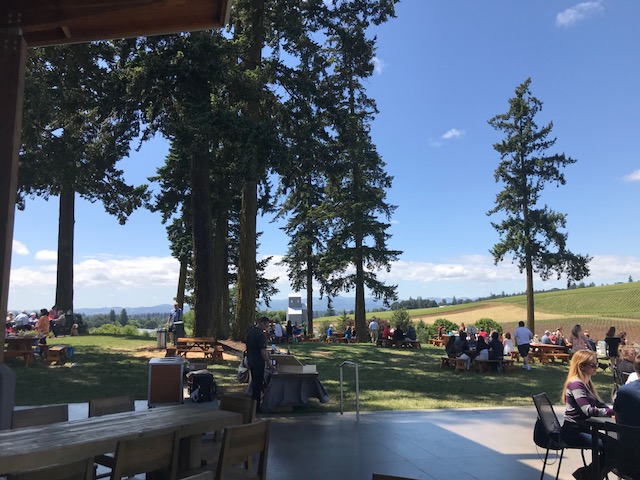 It was just wonderful sitting in the sunshine. I was glad I wore shorts. I just chilled and let the warmth relax me. It would have been nice to spend more time there but we had to get home for the babysitter!

(I will say that Girl Scouts Thin Mints pair excellently with the Pinot Noir Reserve. :D)

It was such a gorgeous, wonderful day and I cannot WAIT for summer!!! I came home with a bottle of wine from each venue. Michael’s mom cleaned up and got some great bottles, too. We came home and grilled burgers for dinner. Perfect end to the weekend.

I need some advice! But first, a cute photo of Logan and me cuddling on the couch early Saturday morning: 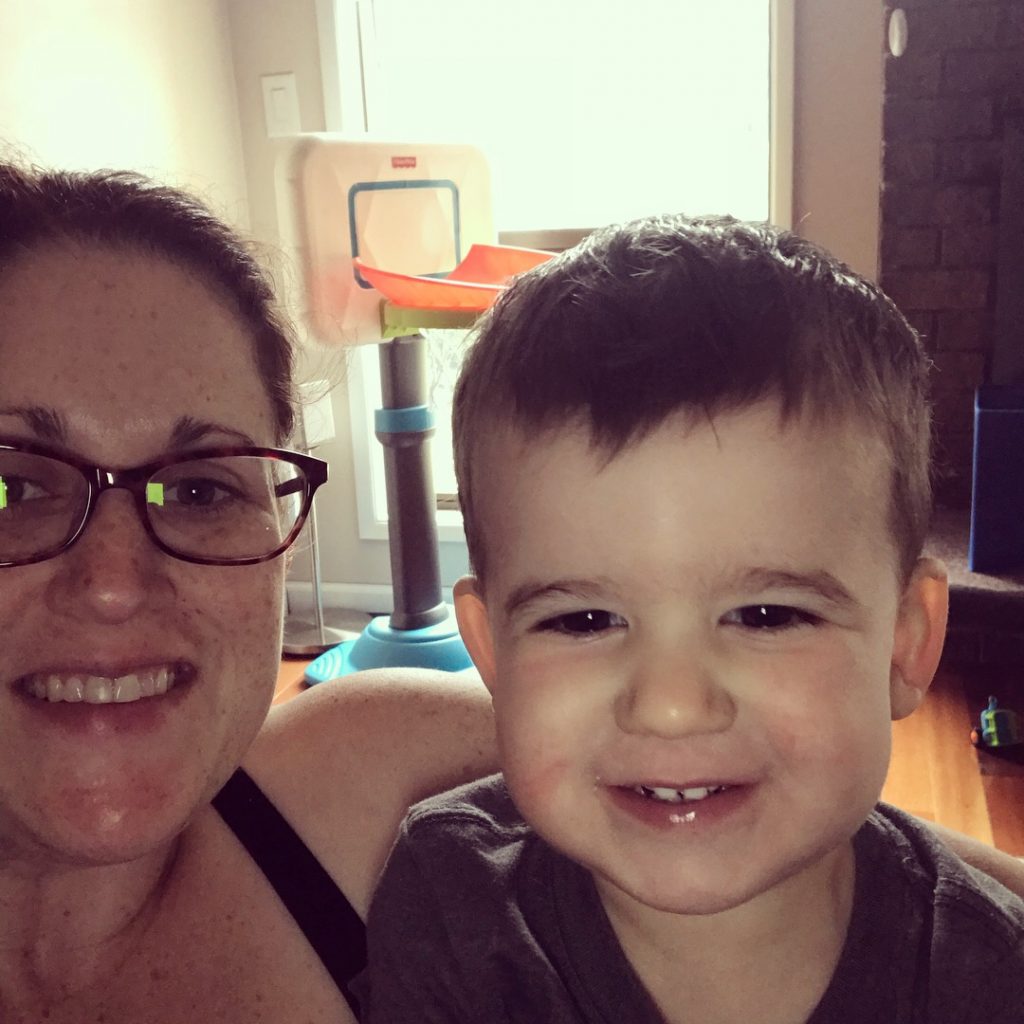 Over the long weekend I finally got to try my very first loaf of sourdough bread. I’ve never made bread before (except for Sheepherder’s Bread and I think I killed the yeast and it never rose) but it’s been something that both Michael and I have wanted to try doing for years.

My friend gave me some of her sourdough starter probably a month or so ago. I’ve been feeding it every week and it smelled so good and sour. I was really excited to try this. So Saturday morning after the gym I got started on prepping and making the dough because I knew it would be an all day process. 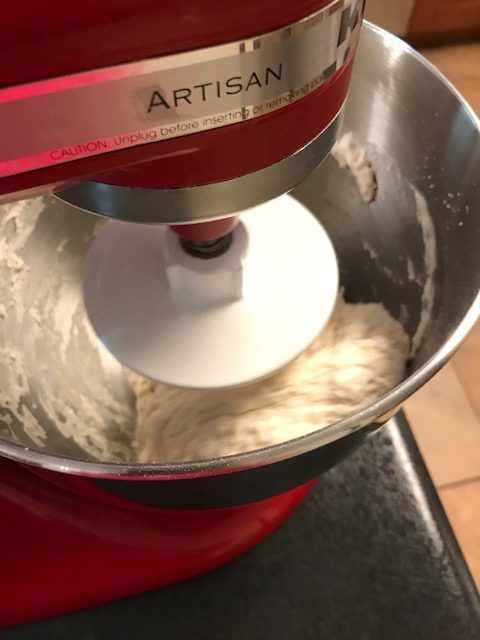 First off, having the Kitchenaid mixer for making bread is AMAZING. I barely had to do any of the kneading.

Second, even though I fed the starter a lot and gave it extra leading up to the weekend, I still didn’t have quite enough for the recipe. So I had to feed the starter more right before. Maybe that changed things? I don’t honestly know.

I followed the instructions of the recipe I used (recommended by my friend). I had found another recipe, too, that I thought sounded good. I think I will try that recipe next time and see how it goes.

Since this was my first loaf ever, I didn’t have high expectations. I knew it would take practice but I was still a little bummed out it didn’t turn out like it should. I think I should have let it rise longer than the 5 hours the recipe called for. Because the dough didn’t really look like it rose all that much from when I started it… 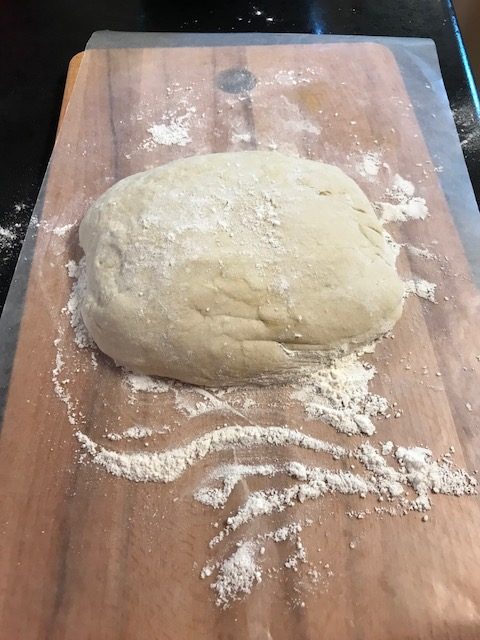 Next time, I won’t use my dutch oven to bake it, either. One of the options of the recipe was to use a baking/pizza stone. We have one that makes GREAT pizza so I will try that next time. 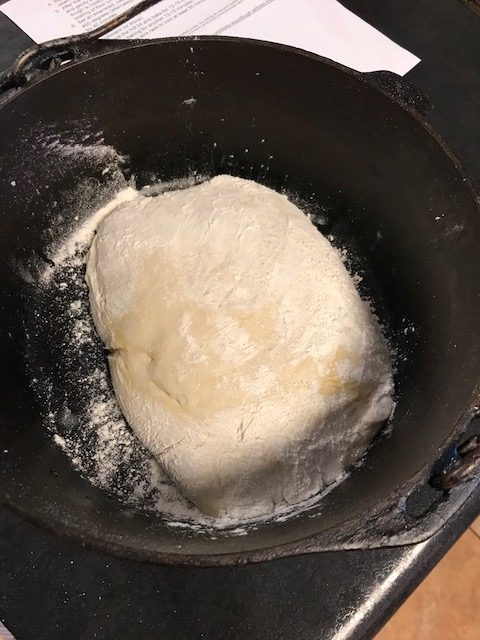 Overall the bread was OK but not great. It was really dense. It weighed a freakin’ ton. It wasn’t the light, airy sourdough I was expecting. I’m not sure what I need to do differently in the future. I read through some messages boards online and none of them were really clear. It could have been too wet, not wet enough, maybe I didn’t let it rise enough, maybe it had too much gluten in it, maybe not enough…HELPFUL. 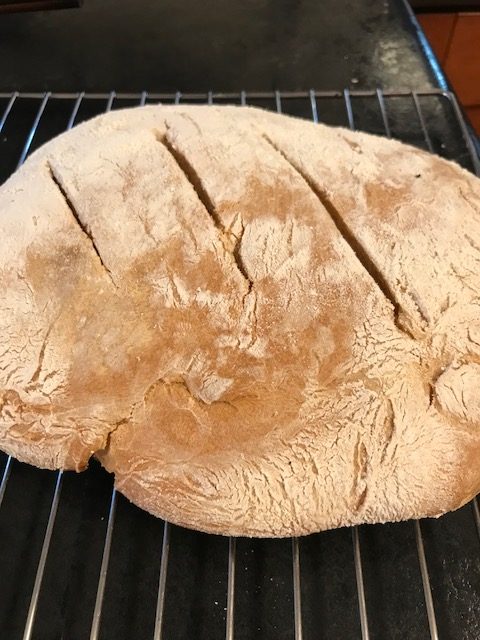 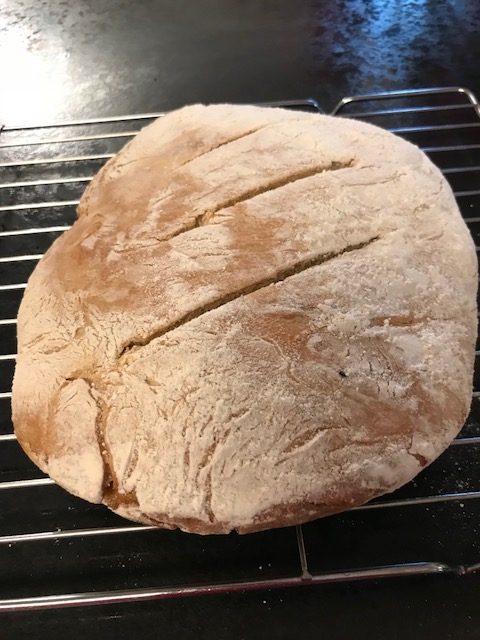 So I could definitely use some advice from bread baking experts out there! What did I do wrong? How do I make the bread LIGHT and AIRY?

In other news…on Sunday we went out to lunch for Logan’s BFF’s birthday. I had an AMAZING burger on AMAZING bread. 😀

Lunch was at Hopworks. It’s a great place, good food and it’s very kid-friendly, which is nice. We were in a back room for kids so that was good, too. 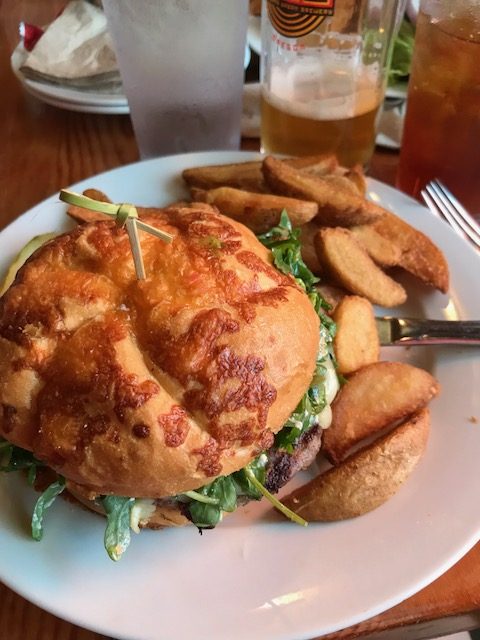 Seriously, look at that bun! It was SO GOOD. I wish I could make bread like that. My burger had swiss cheese, toasted hazelnuts, caramelized onions, arugula and lemon aioli on it. It was to die for. One of the best burgers I’ve had in a long time.

The above photo was the toys at the restaurant in the kid’s area. (Great idea!) Logan had cheese pizza with apple slices on the side (decent pizza, too).