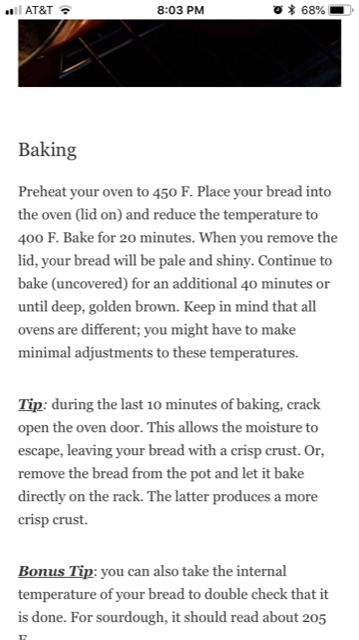 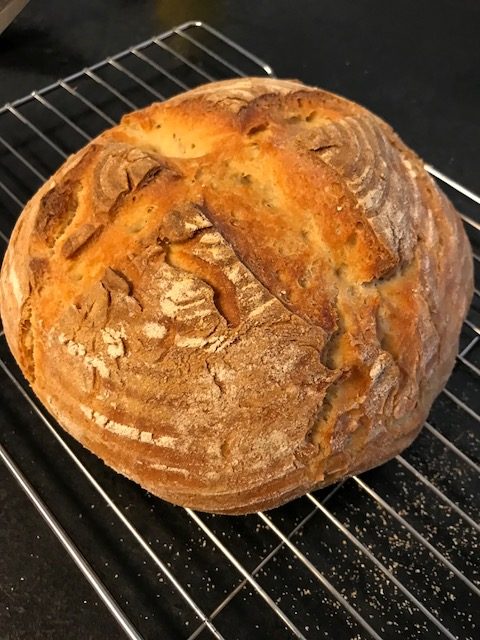 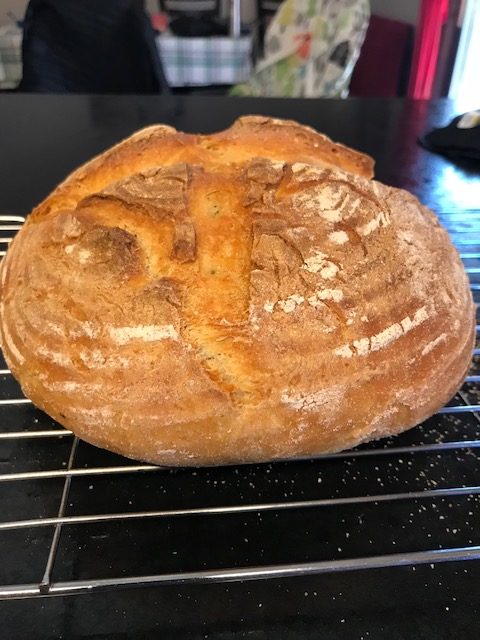 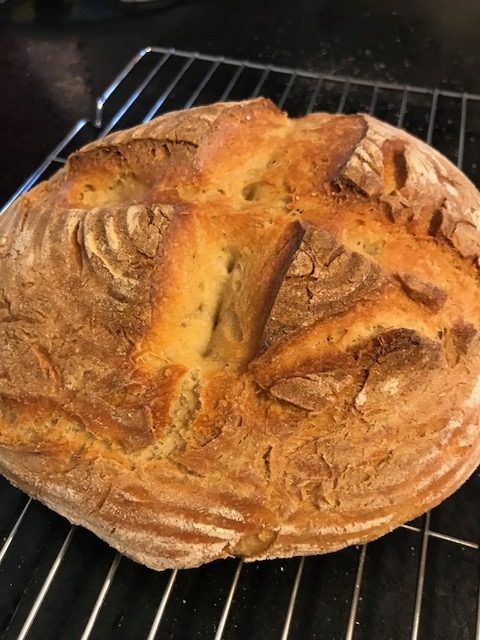 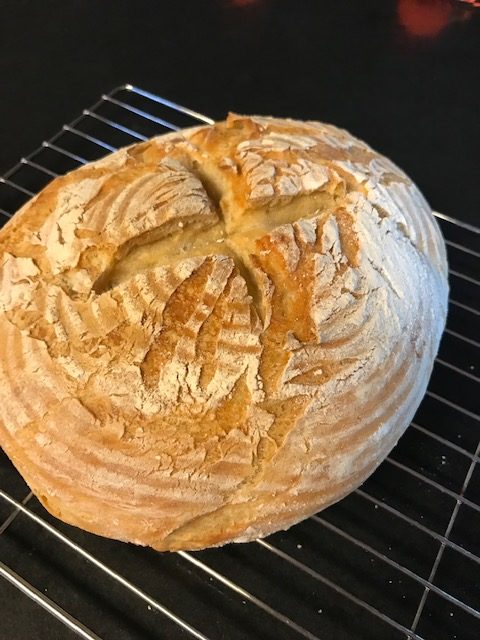 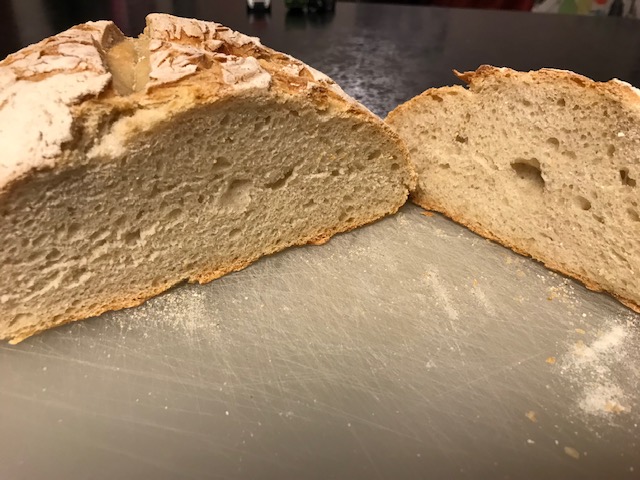 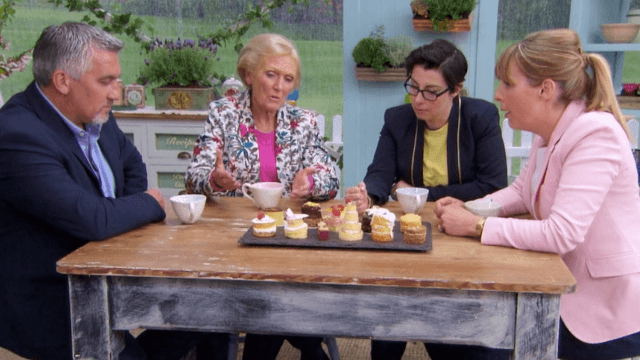 After the gym on Saturday Michael and I went to our friend’s house for the day. The boys went off and did boy things and I learned how to bake bread from Kat. It was so much fun! 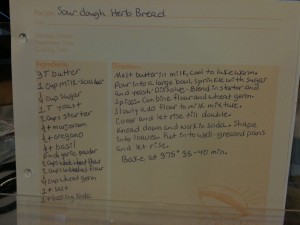 I won’t give instructions on how we made the bread because it was my first time and I hardly think I’m qualified. But I took a bunch of photos of some of the steps.

Kat already a sourdough starter going. She used that to make the Herbed Sourdough Bread and the Banana Walnut bread. She melted the butter in the milk and then waited for it to cool before pouring in the sugar and yeast. Apparently you don’t want it to cool too much (or be too hot) because either direction will kill the yeast. It sounds complicated to me, and I’m guessing that was the part of the equation I always got wrong when I tried to make my own bread in the past.

She blended in the sugar, yeast, spices and starter. 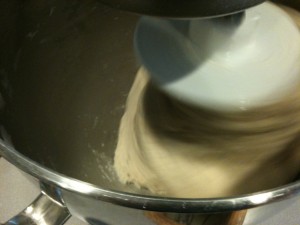 Next, everything went into the mixer and my job was to slowly add the flour. 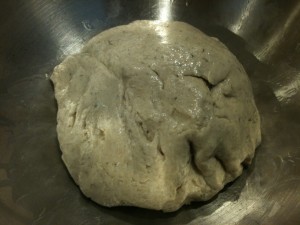 Time to wait. While we waited for the sourdough bread to rise, we started dinner. She had a recipe for Squash Mac n’ Cheese. First step: cutting the squash and then baking it. 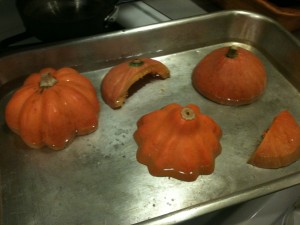 I don’t remember what kind of squashes we used–I just brought over a couple of random ones I had picked up at the store. 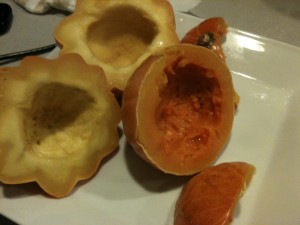 While the squash was baking, she cooked the pasta for the mac n’ cheese, I chopped the fresh thyme, grated cheese and she chopped onions. There were a lot of things going on all at once. 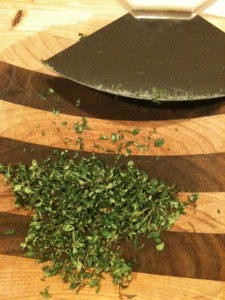 The next step was to make a puree of the squash. I scooped out the squash meat and she mixed it in the blender with sour cream and butter. It was creamy and sweet. 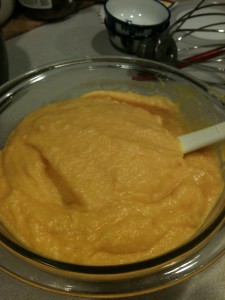 She boiled the half n’ half, butter and herbs in a pot and then slowly added the squash puree. 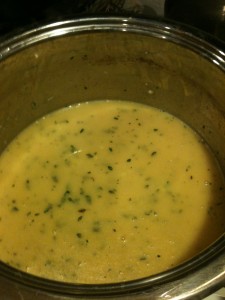 Kat added different spices and tasted the sauce. Salt, pepper, cayenne. basil and I think oregano. It was a mild flavor. Next in was the shredded extra sharp cheddar cheese. It melted into a creamy sauce. Mix in the  cooked pasta and then pour into a buttered dish. 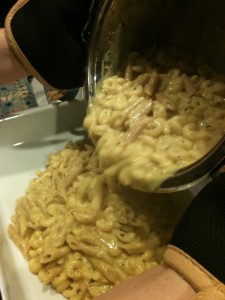 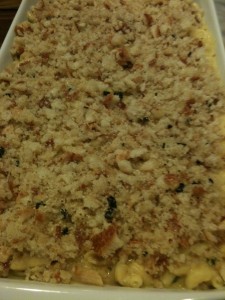 Bake in the oven for about 30 minutes! 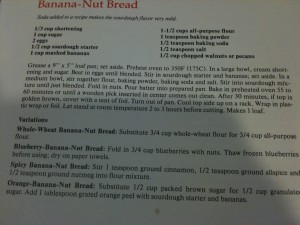 We both agreed the best variation was the Spice Bread–allspice, nutmeg and cinnamon. It made the kitchen smell so good! 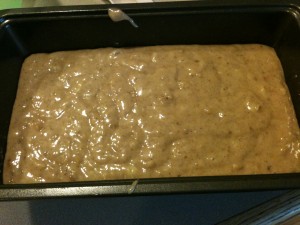 The Banana Bread turned out fantastic. The whole kitchen smelled warm and gooey, like Christmas and a decadent bakery all in one. 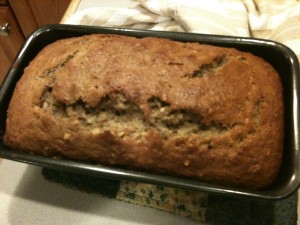 We had to try the Banana Bread immediately out of the oven because it smelled so wonderful. The butter melted immediately and it divine. 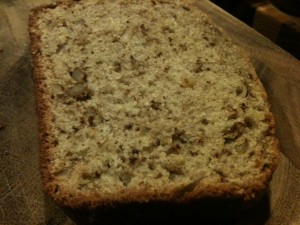 It was probably the best thing I’ve ever eaten. 🙂

By that time, the sourdough had risen and Kat instructed me on how to knead the bread and get the air bubbles out. 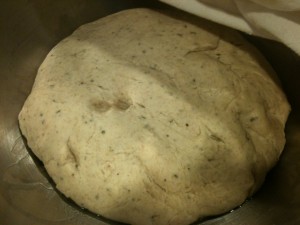 Then I divided the dough into two loaves. 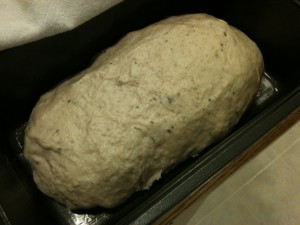 The bread baked for 35-40 minutes until golden on top. Kat immediately rubbed a stick of butter on top of the baked bread loaves to keep them from drying out. 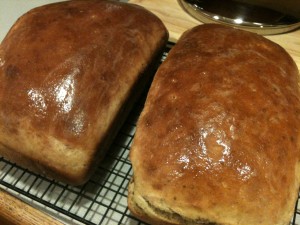 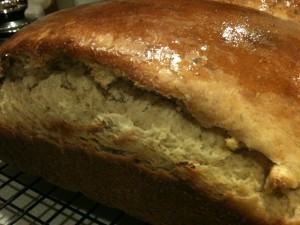 Dinner was ready too. The mac n’cheese was delicious; cheesy and crunchy at the same time. I liked it a lot, even though the squash was really mild. 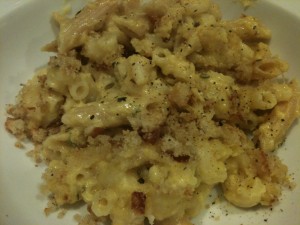 It was so much fun spending the day in the kitchen with Kat. Baking is something I always loved to do because it made the kitchen smell so great and there’s nothing better than eating the freshly-out-of-the-oven creation. I really want to try and make my own bread now!

QUESTION: Have you made your own bread? What kind did you make and how did it turn out?