I got home from my yoga class last weekend to discover a nice dinner waiting for me. Michael had gotten off work early and had grilled up BBQ chicken breasts, corn on the cob and made a caprese salad. 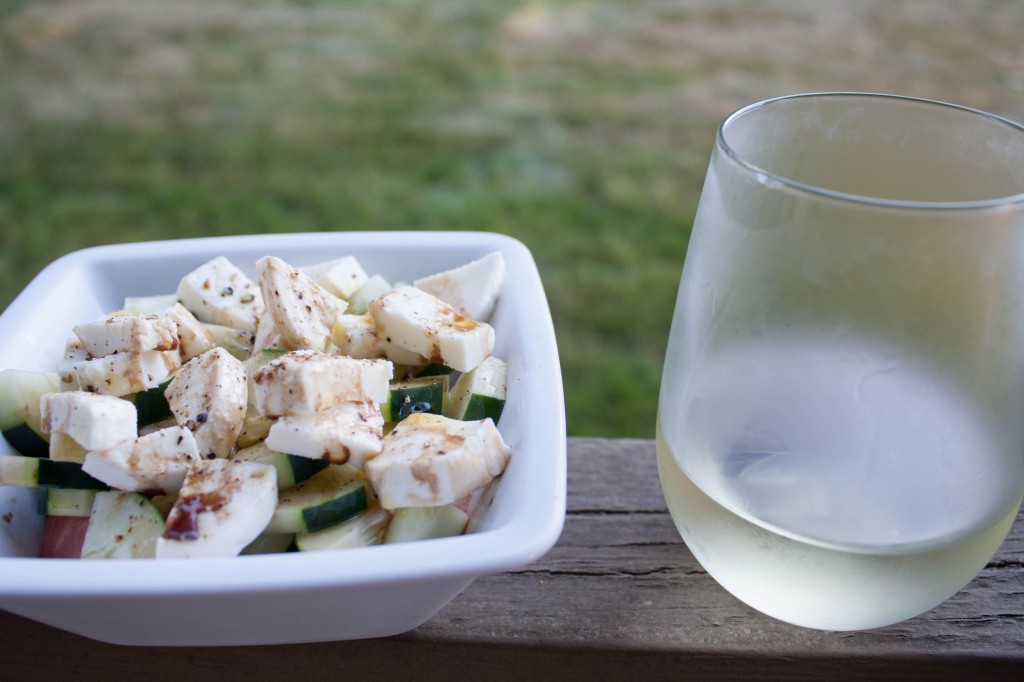 I love caprese salad (I cannot wait for own tomatoes to come in)! He added some cucumber to it, great addition. The wine was Chateau Ste. Michelle Riesling. I hadn’t had that wine in ages and admittedly got a little nostalgic as I remembered that it was the wine that Michael and I drank when we first met. I wasn’t a fan of white wine (I thought white wine meant Chardonnay) and he turned me on to this wine and I fell in love with white. 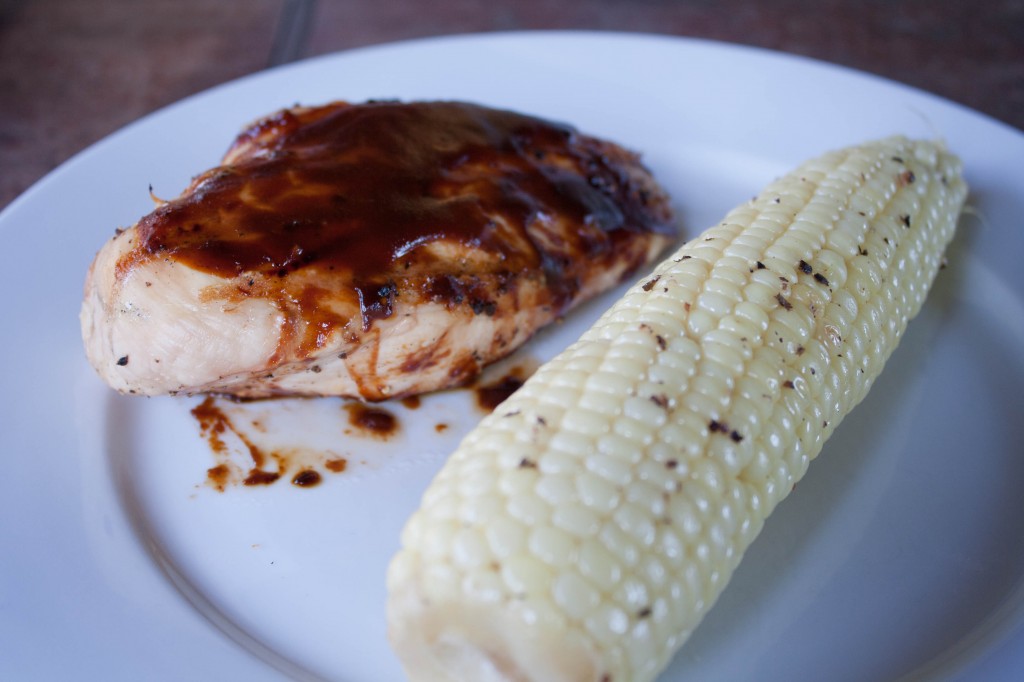 It was so nice sitting on our deck as the sun was slowly setting. Michael set up the stereo outside and we lounged around for a good two hours talking and just enjoying our wine. I asked if he wanted to open a second bottle (unheard of for us!) and he said yet. The bottle in the fridge was the one I bought in Seattle with Rachel. 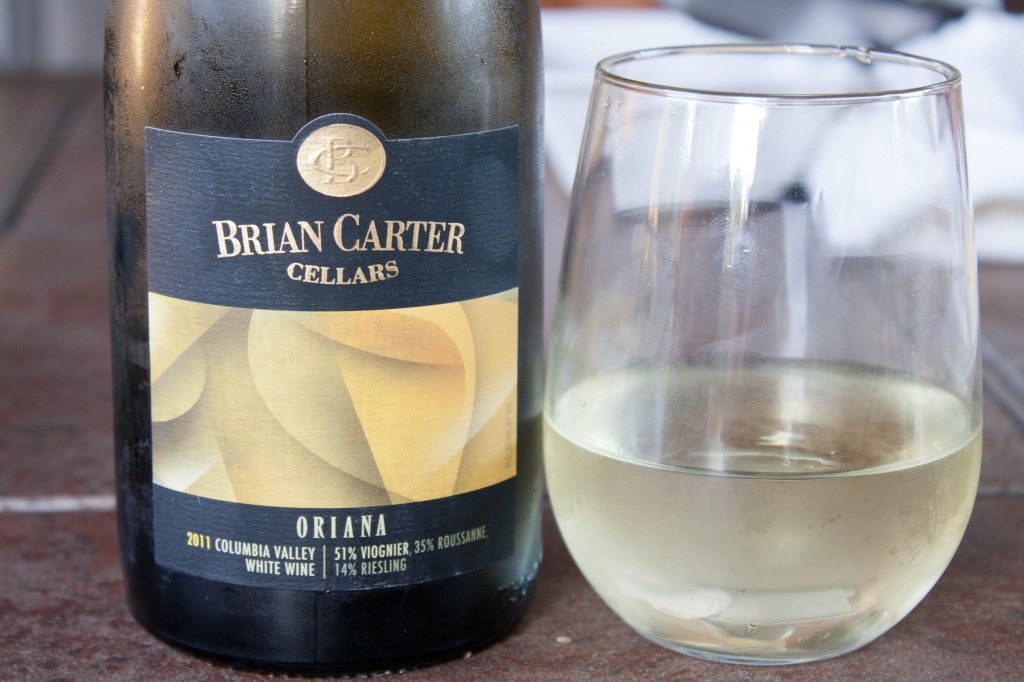 Yep, still love the Oriana. Although it had a different flavor following that sweet Riesling. We were done eating and Michael suggested we go for a walk around the track at the school near our house. It’s something we used to do a lot and it was nice that we did it again. We ended up walking two miles around the track just talking about everything!

After the walk we sat down on the football field underneath the goal net. Again, I was remembering how that was the spot we had our first kiss five years ago.

Michael got me to my feet, gave me an amazing kiss and hug and then in one flash he was down on one knee and had a ring box in his hand. I think I said, “Are you serious?”

He said something about how our relationship started on that football field and he asked me to marry him. I’d pictured this moment for a long time and I always figured I’d be a blubbering, crying mess. But I wasn’t. I think I was in shock, I’m not entirely sure that I even heard everything he said!

He put the ring on my finger and when we embraced I could feel his heart thumping against his chest. Awwww… Then he said, “You have to give me an answer you know” because I’d been in such a shocked dazed. I think I said something like “I need to think about it” (obviously I don’t) and then said yes. 🙂 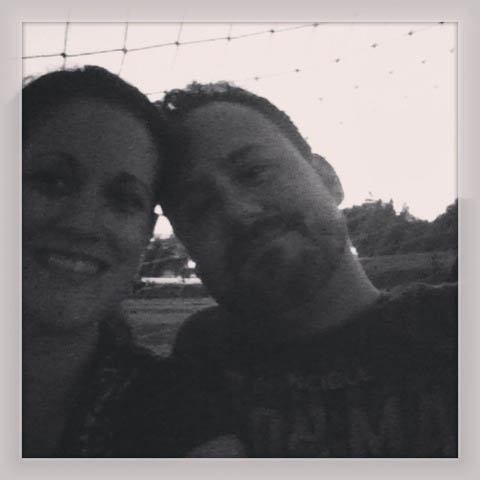 (It’s been a few days and I’m still in shock, I think. It’s weird, you’re with someone for a long time and you’ve talked about marriage and kids and future things and it’s expected to happen but when it finally does, it still caught me off guard!)

We sat underneath the net for at least another hour talking and just enjoying our moment. The sun had set, the moon and stars were out, the mosquitoes were attacking us but neither of us cared. It was just about enjoying our big step! 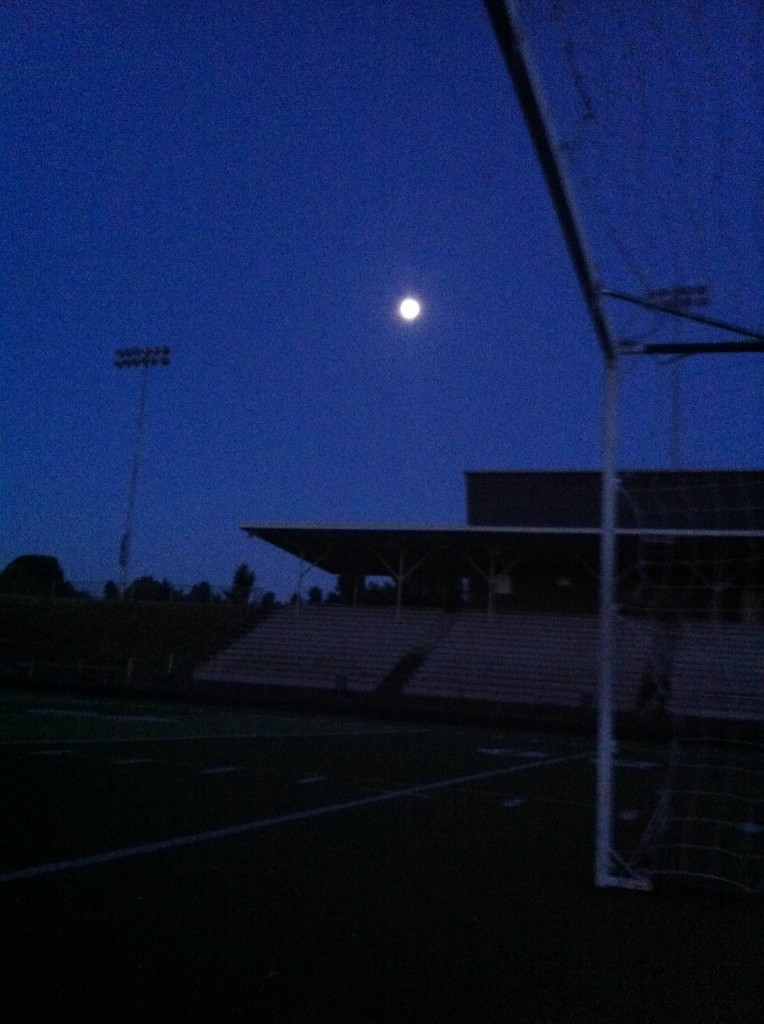 Michael told me about how he planned the proposal and how his original plan to do it on our anniversary was foiled when he found out the ring would take a month to be ready! He asked my dad for permission and apparently my dad actually kept the secret from my mom! He said it was really hard not to say something. Good thing Michael didn’t wait long to pop the question after asking. 🙂 I finally got emotional with his story-telling and the sweet things he said and THAT’S when I cried!

I had a perpetual goofy smile on my face the rest of the weekend. It was surreal and unbelievable but one of the happiest feelings in the world! 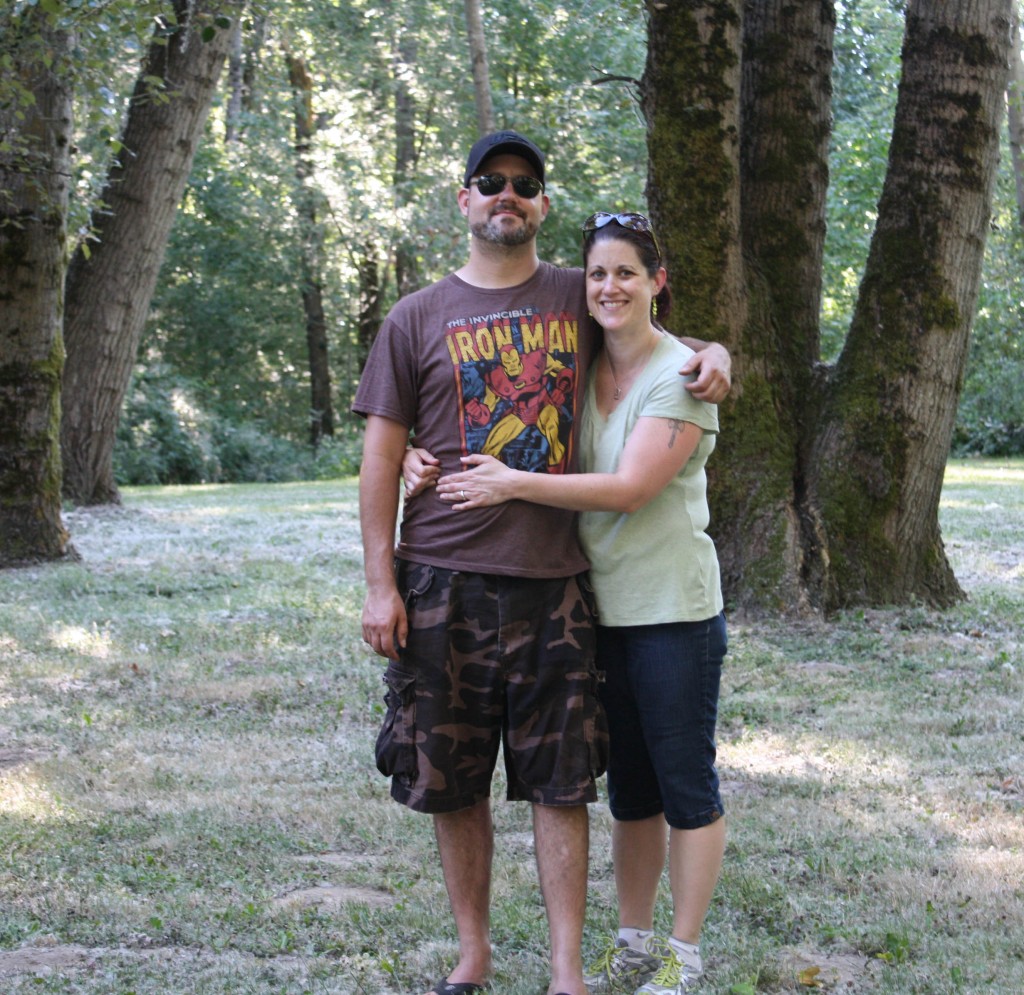 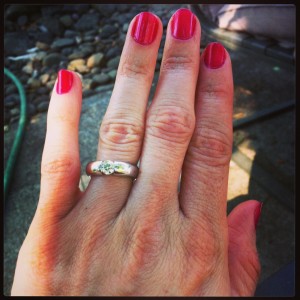 I spent the rest of the weekend telling family and friends. My dad was hard to get a hold of (he’s on a motorcycle trip and doesn’t check his phone until bedtime) but I was able to tell everyone else important in my life. I loved that my 90-something year old Grandma squealed and gasped when I called her with the news!

We haven’t talked about anything beyond this moment, yet. I’m pretty good with just relishing in the glow of being newly engaged. 🙂