Most of these books I read before Logan made his grand entrance! As predicted, I do not have much time to read these days. I am finding that when I pump I have some time to read on my kindle, which has actually been kind of nice because I was sick of looking at the same damn websites on my phone while doing it. So instead I read a few chapters here and there and have actually finished two books since he was born–which is a far cry from what I used to read, but whatever. Priorities have changed!

Despite that I’ve read a few good ones and here they are:

We watched the Going Clear documentary months ago and it was probably one of the creepiest, most disturbing things I’ve ever seen. So when I saw this book become available at the library I really wanted to read it.

The book is part memoir about Leah’s childhood, how she was raised in the Scientology doctrine, how she became an actress and just her life story in general. The second half of the book is entirely about Hollywood Scientology, the church, the truly fucked-up things that were happening in it and the slow realization that she didn’t agree with what they were doing.

She gives intimate details of the “celebrities” in Scientology and even gives details of the whole Tom Cruise -Katie Holmes courtship/wedding/divorce…the whole thing was SO CREEPY! Sure, I read the tabloids and gossip about the whole thing because it was so weird, but reading the behind-the-scenes details about it took it to a whole other level of creepy and weird.

When she left the church, thankfully her whole family left too–which apparently doesn’t happen for most people that leave the church–the church forces families to basically disown members that leave (they are “suppressive people”) and I cannot wrap my mind around a church encouraging families breaking up because of this. Another red flag if there every was one!

The book was well-written and easy and fast reading. She gave enough details to keep you interested and it came across as very believable. The one flaw I felt the book had was that I got the impression she felt like she should be more famous and successful than she was and every once in awhile that came across as maybe…jealousy? Of other celebrities who were more successful than her. But that didn’t make me think she was making anything up for the book; she still came across as pretty honest. 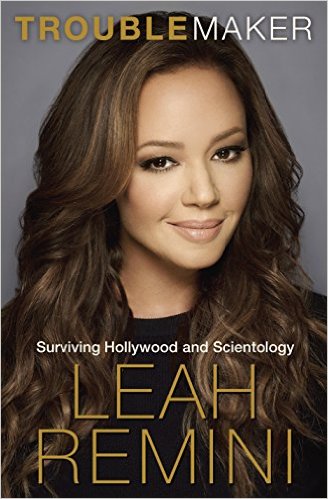 I don’t know how I managed to pick several “dark” books in a row but I did! This had been on my to-read list for awhile and I was out of things to read and it was available at the library so I got it. It was a really fast read; I read it in about a day and a half.

The crux of the story is about a school shooting. But in reality it’s a story about a father’s guilt and searching for answers as to what he did “wrong” raising his son. The chapters alternate back and forth between the past and the present. The past chapters are stories of Simon’s romance with his wife, the birth of his son Jake, and how he was a stay at home dad raising the kids while his wife worked. The past chapters hint at things that might be “wrong” with Jake — he doesn’t have a lot of friends and one friend he has really rubs Simon the wrong way but he can’t place why. Foreshadowing!

But that isn’t the entire reality of the story and the ending turned out to be very poignant and kind of uplifting. So don’t be turned off by the subject matter and give it a chance. 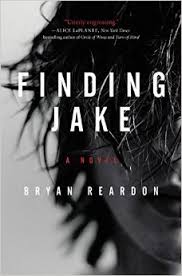 3 ) Thru-Hiking Will Break Your Heart: An Adventure on the Pacific Crest Trail by Carrot Quinn

“Carrot Quinn fears that she’s become addicted to the internet. The city makes her feel numb, and she’s having trouble connecting with others. In a desperate move she breaks away from everything to walk 2,660 miles from Mexico to Canada on the Pacific Crest Trail. It will be her first long-distance hike.”

I have mixed feelings about this book.

Hiking the PCT has always been fascinating to me and when I read “Wild” a few years ago I absolutely loved it and could relate to so much in that book. Maybe I just read it at a time in my life when it spoke to me emotionally but I just felt like the emotional struggle of the trail in “Wild” was a lot better than this book and so it was hard not to compare the two books.

That being said, this book was good. It was interesting and I liked reading her tales from the trail. I liked how she met so many different people on the trail and they kind of leap-frogged and kept meeting up at various parts of the trail–many of them becoming very good friends. It wasn’t necessarily a solo-journey, like Wild was. The Trail Angel stories were great, too.

I didn’t really like the author very much–maybe it was her writing style, not sure–but she came across as very juvenile. Again, her voice just didn’t speak to me like “Wild” did. Even though I didn’t connect with the author in that way, I still liked reading the book and thought it was good. 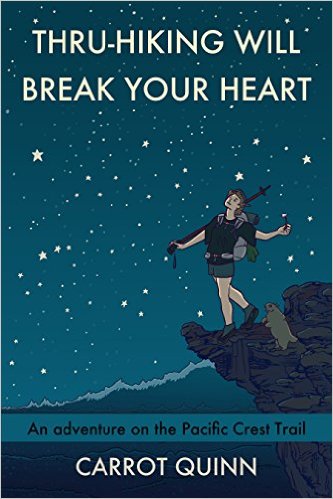 4 ) What She Knew by Gilly MacMillan

Riveting book! Could not put it down.

Rachel is a newly single mom. Her husband has remarried a younger woman and she’s slowly trying to put her life back together with her 8 year old son, Ben. One day out on a walk in the woods Ben runs ahead on the trail with their dog and disappears. What unfolds is a horror story of a mother’s grief, panic and desperation for the police to find her son. At the same time she’s dealing with the press and social media world turning against her and saying she is a bad mother, that it was her fault, that is somehow guilty and murdered her own son.

Lots of twists and turns and sometimes you doubt Rachel’s innocence, sometimes you suspect people in her life of being suspects. It was a very satisfying read and a good first novel from an author. Looking forward to reading more from this author! 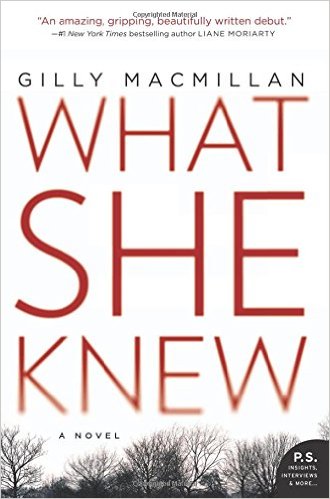 This was a really good start to a new series! The story takes place in London and DCI Erika Foster has been transferred to the police unit after taking some time off to grief the death of her husband. She gets assigned this high profile case–a young socialite who is found murdered and her body frozen in ice. The case has a lot of twists and turns and the story was really satisfying. The one downside was the whole drama between Erika and her boss–who was constantly questioning her tactics and threatening to throw her off the case. This annoyed me because I felt like, if you are so confident in her abilities and especially requested her to solve this crime, why stand in her way? It just felt like a clique in a police procedural novel and wasn’t necessary for the story. Other than that I liked a lot of the characters and I’m looking forward to the second book! 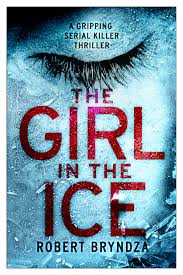 6 ) You by Caroline Kepnes

What a clever, hypnotizing, creepy, disturbing book!! Delve into the mind and life of a true psychopath. Once you finish the book you’ll still be thinking about it! This book was cleverly written. The story is told from the point of view of Joe, the ultimate stalker, who falls for Beck and proceeds to stalk her, woo her into dating him and he describes everything in detail about how he eliminated people from Beck’s life who stood in his way. It was a really unique book, very dark and gritty, but so good! 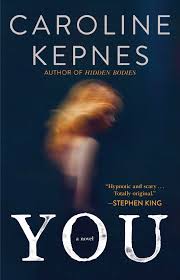 7 ) Take Me With You by Catherine Ryan Hyde

Okay I loved this book. I randomly got it free through Amazon Prime and picked it on a whim without reading too much about it and was happily surprised!

August is a high school science teacher who is struggling with the death of his 19 year old son and resulting divorce. He’s burned out from his job and in AA. He’s on a roadtrip to Yosemite to scatter his son’s ashes when his RV breaks down in the middle of nowhere. By a twist of fate he ends up continuing the road trip with Seth and Henry, 12 and 8 years old as his companions.

It’s such a heartwarming story that makes you really happy. The first half of the book is about the road trip with the boys, August coming to terms with the death of his son and realizing he can open his heart up and give those two boys the world. The second half of the book is 8 years later. I don’t want to give any spoilers.

The book and the story are so well-done and I really hope people read it! 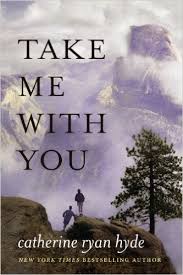