There have been a few celebrity deaths that really touched me. I know a lot of people probably think it’s silly–I mean, we don’t know these people in real life. But celebrities give us something–movies we love, music we never forget, and it’s not easy when your favorites pass on.

The first was Michael Jackson. One of my first childhood memories was of him and his music. I was a fan! I was about 4 or 5 years old and my dad came home from a business trip with a gift: THE Michael Jackson record and my very own Fisher Price record player. I was so ecstatic and I played it until the record warped, I’m sure. 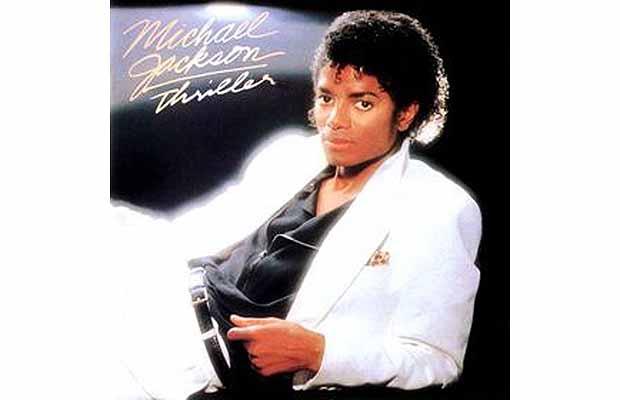 I grew up listening MJ and Prince and Whitney….and when they all passed suddenly it was a huge shock to the system. You think about all the times growing up you listened to their records (or cassette tapes) alone in your bedroom, or at sleepovers with your friends…And then suddenly you’re an adult and you realize they are just human beings who die.

Tom Petty was another one that hit me very, very hard. I’d always loved Tom Petty’s music. It’s the PERFECT summer/road trip music and I can’t tell you how many trips I took with him as the soundtrack. I grew up listening to him and when I was 18 I had the incredible pleasure to see him live at The Gorge. 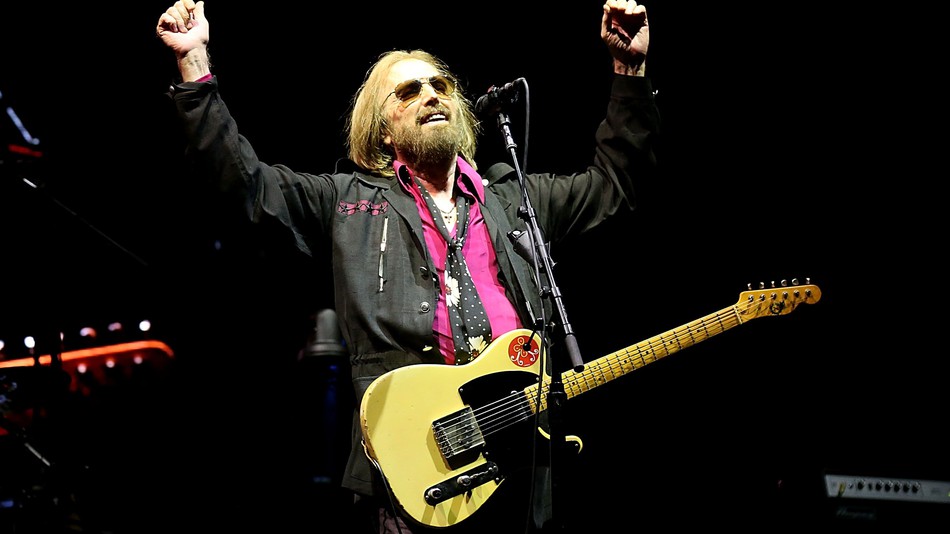 To this day, it was still one of the very best concerts I’ve ever been to. It’s hard not being sad when I hear the music now. Favorite song? Learning to Fly. Second favorite: Wildflowers. (Gut punch hearing that song now.)

Last year Chris Cornell (I am listening to this song as I write this),committed suicide and I saw the news before most people–I was up at 1am breastfeeding Logan in his dark room, scrolling through Twitter when I saw the news and again, gut punch. Why? Why would someone so talented and so beautiful and successful and just so amazing…end it all?

That brings me to the latest:

10 years ago I met my now husband, Michael, who was a big foodie and a huge fan of Anthony Bourdain and Alton Brown. I was NOT a foodie. I didn’t cook. I didn’t know. He introduced me to Bourdain’s TV show, No Reservations, and it quickly became one of my all time favorites.

In the beginning what struck me about Bourdain was his breathe-taking beautiful prose and narration on his show. He was a poet. I was stunned at how beautiful and descriptive his writing was. So I had to read his books, of course. Kitchen Confidential was a pretty good book–it’s the one everyone is talking about now, but I enjoyed Medium Raw better. Read it!

One of my favorite episodes of his show was the Thailand one. (From Parts Unknown) 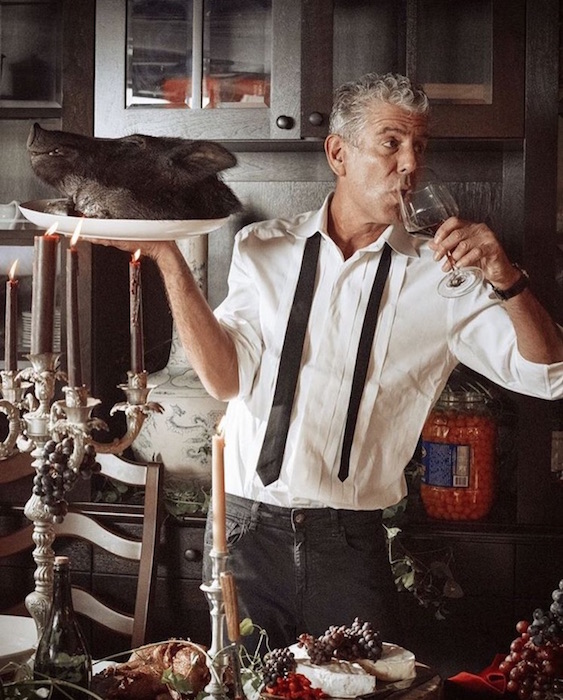 Waking up to the horrible news that he died in France, and was found by Eric Ripert (another one of my favorite chefs). Part of me was sad for Eric because he seems like such a sweet and gentle person; then the other part of me was glad it was one of Bourdain’s closest friends who was there. I cannot even imagine the pain the people closest to him are feeling. 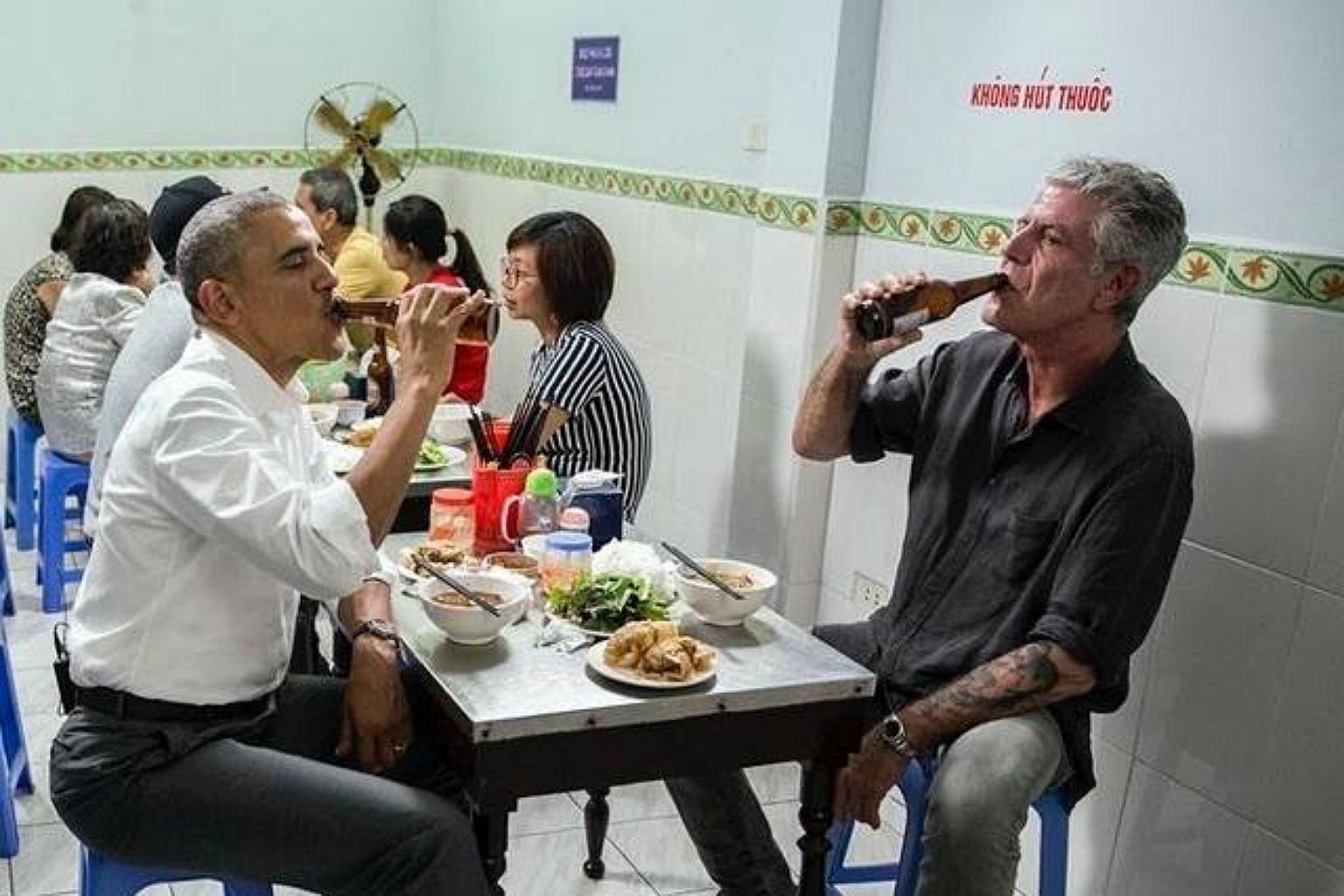 I spent Friday in shock, like a lot of people. Michael was devastated. It’s hard to put into words how you feel about someone you’ve never met dying but I think a lot of people felt the loss immediately.

Suicide is such a hard thing, too. You are always left with questions. Why? Why? I’ve suffered from depression and anxiety most of my life and I know what that darkness feels like. It’s easy to get stuck, get settled in, and it’s hard to see a way out.

Bourdain was a very vocal and very loud supporter of the #MeToo movement. He had class and dignity, even when he was ripping someone a new one–which was really entertaining. He was smart and funny and interesting and he showed us all interesting places in the world. Some of my very favorite parts of the show were when he was in a far away country, eating a meal made by someone’s grandma–not the four star restaurant, just someone’s kitchen. He wasn’t stodgy or snobby about food and he came across as down to earth on the show–and that made it accessible to all of the viewers. 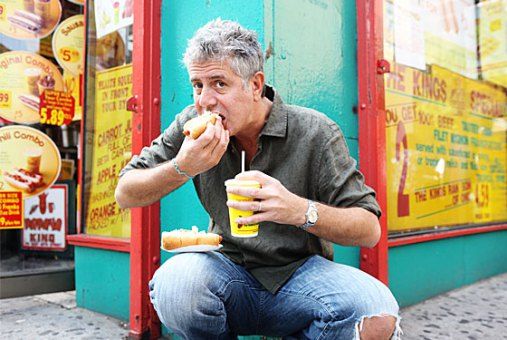 So in honor of Anthony Bourdain, our favorite chef and author, who loved tube-shaped meat and got it in almost every city he traveled, ;), we had some tube-shaped meat for dinner Friday night. 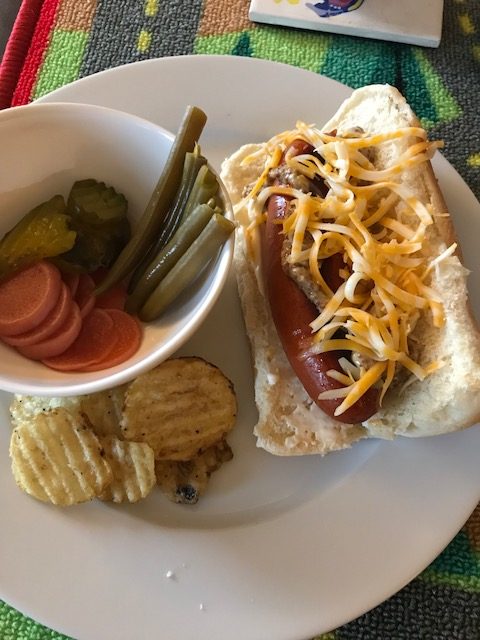 Cheers, Anthony, you will be missed by millions.