Since I swam on Thursday night I had my Friday night free to do whatever I wanted…for the first time in a long time! Michael picked me up from work at 5 and we headed to NW Portland to hang out. The first stop was Happy Hour at Meriwether’s Restaurant. 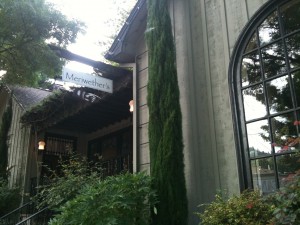 I’ve heard nothing but good things about Meriwether’s and it’s one of my friend’s favorite restaurants (she said the martinis are really strong too). They have a gorgeous outdoor patio, too. Unfortunately Happy Hour doesn’t apply to outside seating. Boo! So Michael and I snagged a table right by the door so we could at least see the patio. 😉 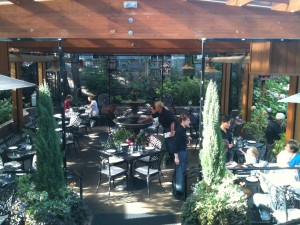 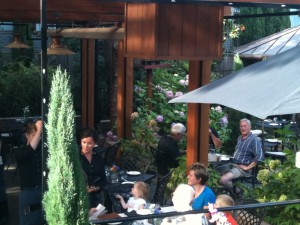 Meriwether’s boasts nothing but fresh ingredients and even has their own farm. I was excited to try the food. I ordered a glass of white wine and Michael got a beer. 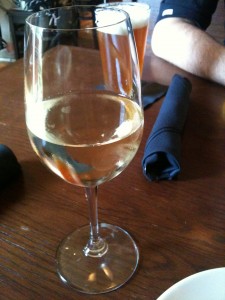 For some reason, a crisp white wine really says “Summer” to me. 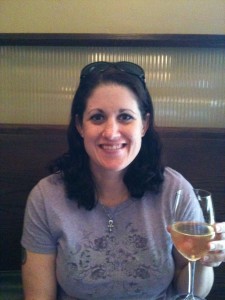 We chatted and caught up on each other’s day. It was a really nice time. Don’t get me wrong: I LOVE my Friday night swimming. It’s quiet, it’s never crowded at the pool, it’s relaxing, and I can unwind from the workweek before I start my weekend. But once in awhile it’s nice to break out of the routine and do something different. And it was a nice way to start my weekend “early.” So as  you can imagine, I was in a pretty good mood last night. I felt almost giddy! 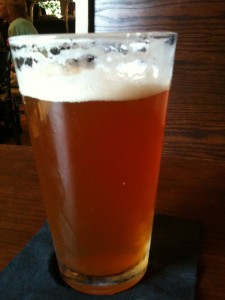 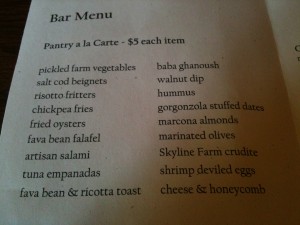 We got the “5 for $12” happy hour special: Hummus with freshly made pita bread, tuna empanadas, fava bean and ricotta toast topped with heirloom tomatoes, risotto fritters, and the Skyline Farms crudite. We also got the order of freshly baked foccacia bread and olive oil. 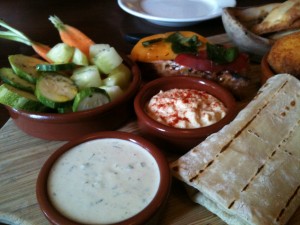 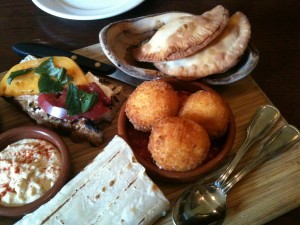 The hummus was fantastic! It’s probably the second best hummus in Portland–the first would be at the Lebanese restaurant called Hoda.The toast with heirloom tomatoes was really good too. I think heirloom tomatoes are my new favorite thing this summer. 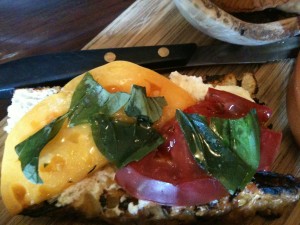 Beside the hummus, I think the best thing we ate were the risotto balls. I am still craving them today. The empanadas were just okay in my opinion. There wasn’t a lot of substance inside of them and I was a bit disappointed. 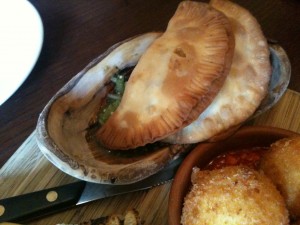 After eating, we left and went to what turned out to be a Triathlon store across the street! It was really cool to see all the gear for triathlons. I don’t think there was a bike under $3,000 in that store. 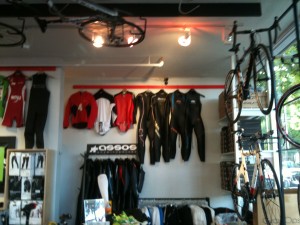 Next, we walked around NW 23rd Avenue. It’s a very yuppie/trendy/hipster Portland part of town with high-end boutiques and funky stores. We went to my favorite bookstore there: New Renaissance and got some gifts for an upcoming baby shower for our friends. New Renaissance is a hippie store with everything I would buy if I won the lottery. 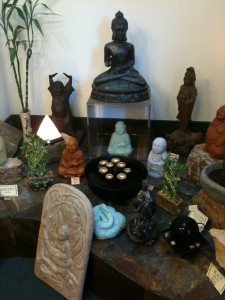 I collect Buddhas and other statues and such. I wanted to buy everything in the store so Michael had to physically direct me to leave the store. 🙂 After walking around for awhile, we decided to go to Papa Haydn’s for some dessert. It’s the best dessert place in Portland. 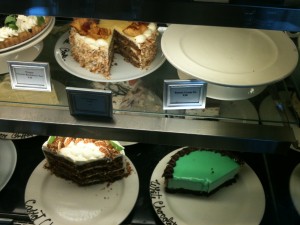 There are so many desserts to choose from it’s hard to make a decision. 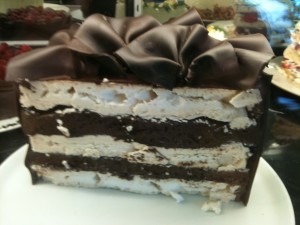 I ordered my second glass of wine. 🙂 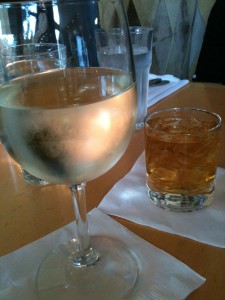 Since Michael and I were splitting the dessert, that  narrowed down the options quite a bit. He’s very picky about his desserts. He hates mint (bummer). He hates peanut butter in dessert (sigh). He’s not a fan of fruit. We compromised and agreed to split the Chocolate Truffle Cake. It’s a super fudgy chocolate cake layered with dark chocolate and white chocolate genache, covered with a white chocolate frosting and topped with whipped cream. 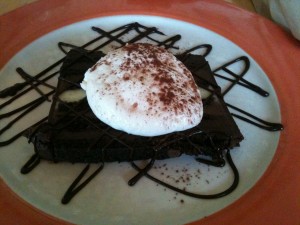 It was divine! And thank god we split it! There’s no way I could have eaten something so rich by myself. 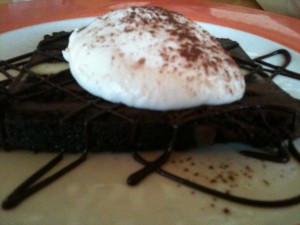 I noticed that we were the only couple in the entire restaurant splitting dessert. Everyone else that had ordered dessert was eating their own serving. I was quite surprised by that. Not only is one serving of their desserts probably at least 1,000+ calories…I don’t understand how people can eat such a huge, decadent thing after eating dinner! On the walk back to the car, I saw this graffiti: 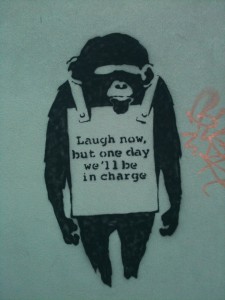 It made me chuckle. I had a fantastic night. We had a really great time together. For the first time in a long time, we didn’t have a packed schedule with tons to do, or things to train for. I could just enjoy a Friday night and enjoy some down time. It was great. 🙂

QUESTION: What is your favorite dessert to order?