(This is reposted from last year for new readers of my blog.  If you are just starting out with a running or fitness routine, I really recommend getting fitted for the right shoes.)

After work on Thursday I walked to Foot Traffic to get a proper fitting. It was my first foot analysis ever. I had no idea what to expect. Earlier in the day, I’d called to get some general information. It was free, he said it would take about 20 minutes, and I didn’t need an appointment. Perfect! I’d been to Foot Traffic a few times before. Once to pick up my run packet for the Run Like Hell 5k, once to buy some clothes from their clearance rack, and once looking for a running hat–but never to buy shoes. I thought a Running store would be super expensive. And I usually buy my shoes at the Nike Outlet (much more affordable!).

I was immediately helped by the sales clerk. He was very informative. Not overly friendly–he seemed more concerned about reminding me that it was better to spend money in a locally owned store (like his) than online or something. But he had good information.

He had me roll up my jeans and take off my shoes. I got on the treadmill. He turned on the camera and filmed me walking on the treadmill for about 1 minute. Then he said I was done! I was a bit surprised that we were already done but he showed me the video on the TV immediately. He played back my walking in slow-motion. He was able to analyze my stride immediately and pointed out to me what he saw on the screen. 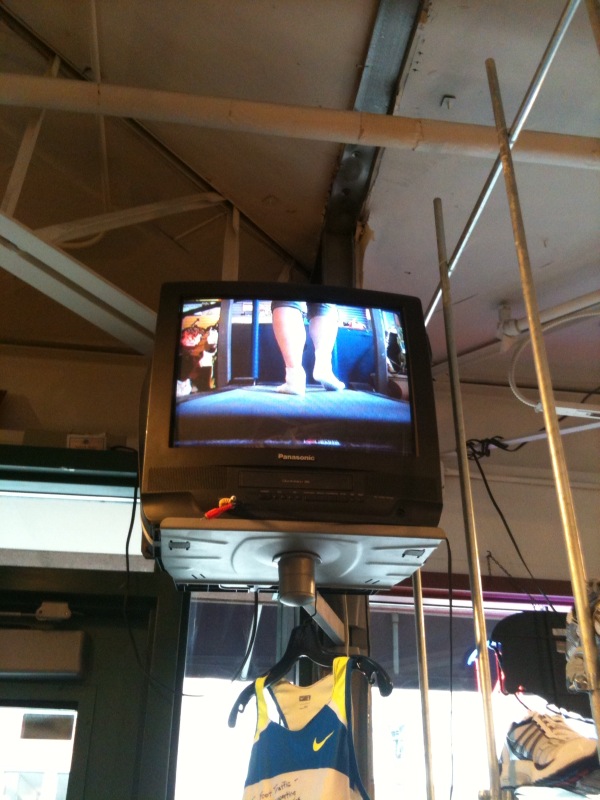 He concluded that I have a very slight pronation on my left side and none on my right side. He said my Achilles and ankles look great. A pronation is how your foot rolls when you’re running. If a pronation is not taken care of with proper shoe fittings, a runner can develop IT band issues, Runner’s Knee and a mess of other things.

He grabbed a Brooks shoe, Nike Triax, and Saucony Guide. He also said I should be wearing a size 9 shoe–instead of a size 8.5 like I normally wear. He said when running, our feet swell and there should be enough space at the tip of the shoe so that my toes don’t rub. That will cause blisters and the dreaded runner’s toenail (i.e. black toes or toenails falling off!). I was skeptical at first but tried each of the three shoes he grabbed for me. 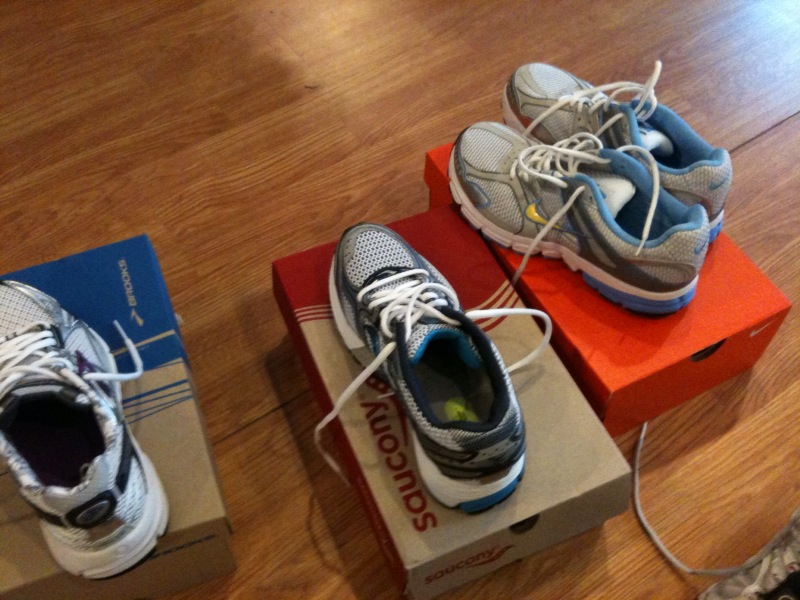 The size 9 didn’t seem to be too big. I guess he knew what he was talking about… 😉 He said if it slips a little, there are extra holes at the top of the shoe to put the laces through. Using those holes, the heel of the shoe will stay firmly put. Much better!

He described to me that I need to choose a shoe that has a Dense Foam where the arch is. That will give me the support I need.

He asked me what I’d tried before. I told him I do not like Adidas at all–they cause me foot and leg pain. I said I bought a pair of Asics last week and it caused some heel and shin pain.

Next, the Brooks Ravenna. 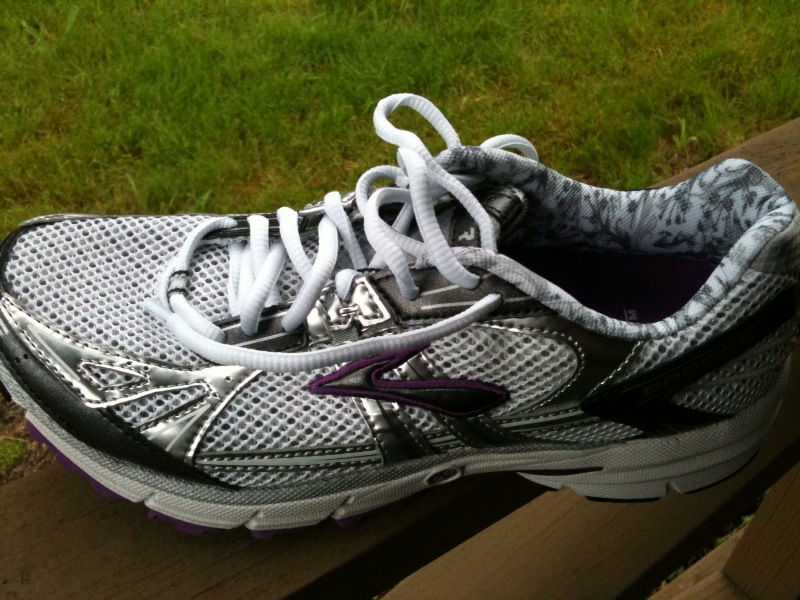 Oh my gosh! They felt like magic on my feet! They immediately felt like heaven. I jogged around the block in them and loved them!

Next, I tried the Nikes. Surprisingly, I didn’t like the feel of those either–especially after trying the Brooks!

If you see the gray part of the shoe below–where the arch support is, that’s the “Dense Foam” he was talking about. It felt hard when pressed compared to the squishy white part of the shoe. 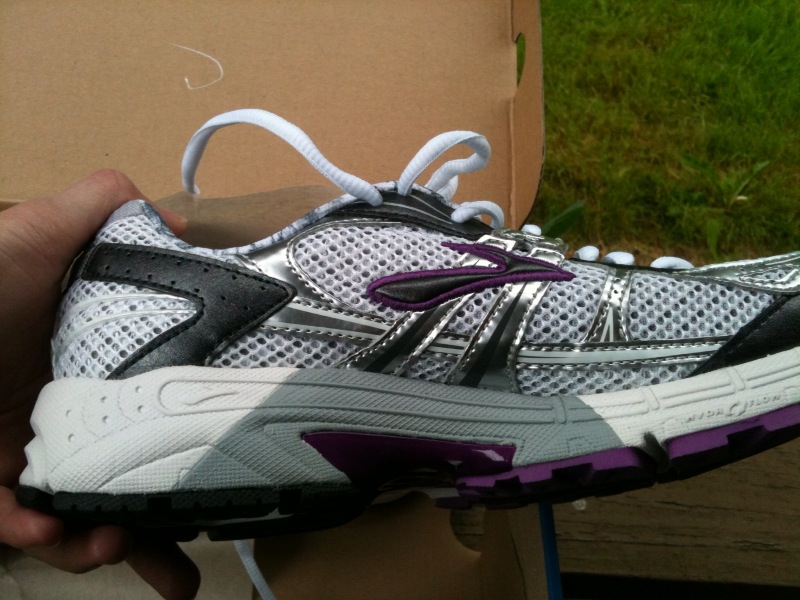 I decided on the Brooks. At first I was going to go home and read reviews, compare prices, etc. before purchasing them. In the end, I decided to go for it. Part of the reason was the amazing return policy! The guy said if I wear them a few times and don’t like them, I can return them for a full refund. However, if I wear them for a few weeks outside and still don’t like them, I can return them for FULL store credit! Wow! Sold! 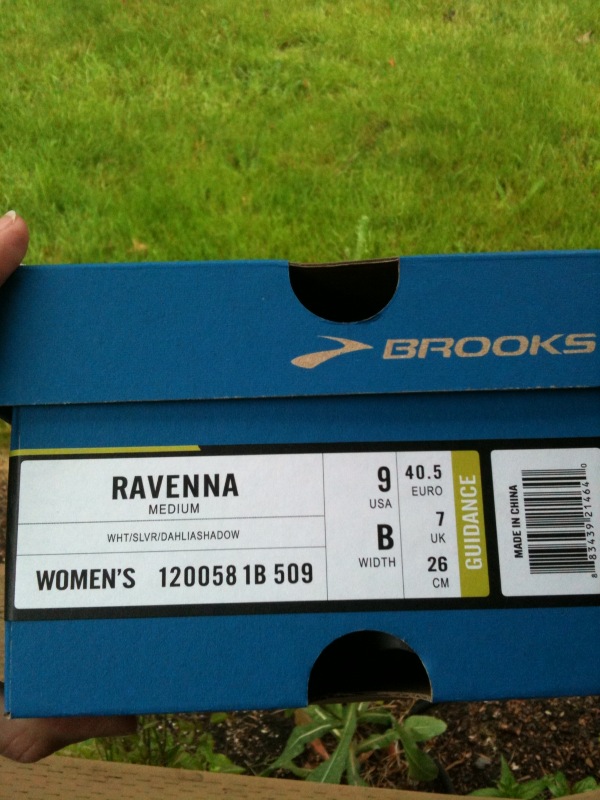 He recommended not wearing the running shoes for walking–just running. That’s something I knew I should do, but just didn’t do it. Laziness I guess. He said that the shoes need time to “rest” in between activities so they don’t wear out as much. 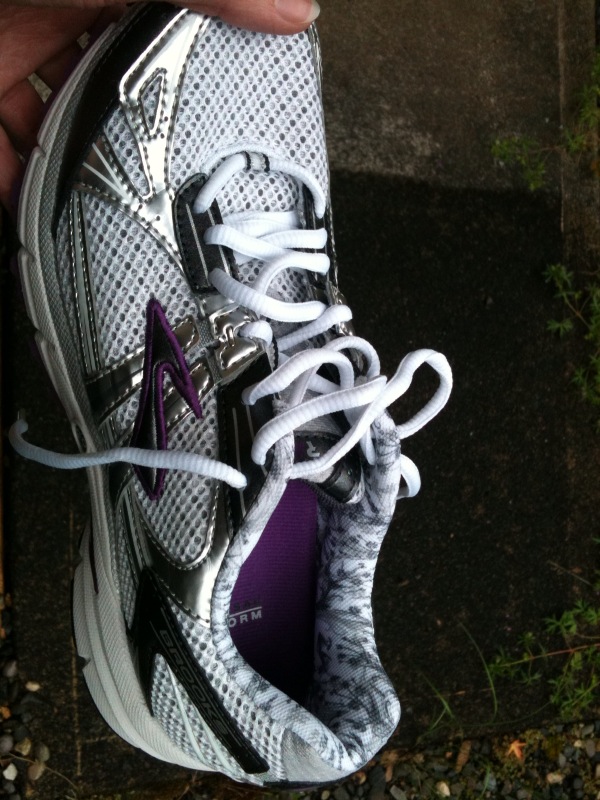 While I was there, I also found some pepper spray for runner’s! I’ve been wanting to get some for awhile but just never got around to it. 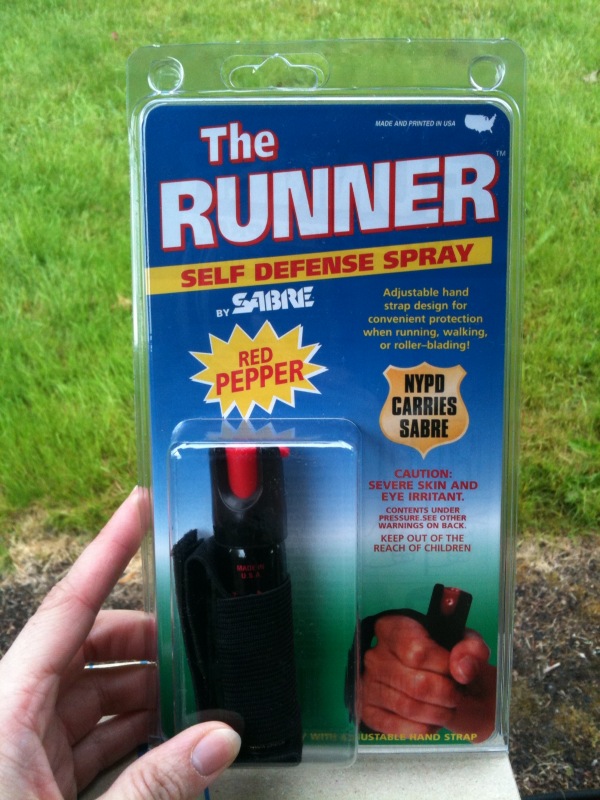 They also had some really cute pint glasses with a running logo on them. I just couldn’t justify spending $10 on a glass after buying shoes. Oh well!

I can’t wait to try out my new shoes! I hope they are as magical as I think they are!

QUESTION: What running shoes do you wear? Were you fitted for them?

Maintenance 101: Fitness Should Be Fun