7 Secrets to Making This Year the Best Year Ever 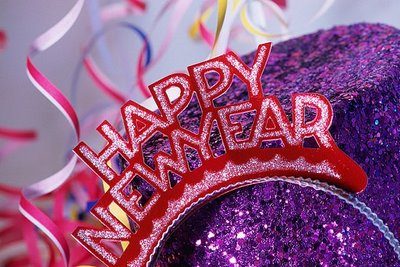 I read this article and it really spoke to me. The article was well-written and inspiring. While I don’t do New Year’s Resolutions, there’s nothing wrong with doing little things to better ourselves.  “Not achieving what you set out to do means you’ll yet again fail to move toward the life you desire, which leads to nothing but regret.”

Following the article’s advice, I can make little improvements in my life to avoid inertia and stagnation.

1. Stay here and now. Focusing on what I can do right now, not getting overwhelmed with a huge goal in the future.

2. Eliminate. I definitely need to simplify my life. Michael and I have started the process to declutter our house and why not declutter our lives too?

3. Discriminate. This means saying no and “learning to respect your own time.” I think I do this pretty well now. My gym time is my time and I’m loyal to that. Staying consistent has helped me maintain my weight and relieve stress. While there are a lot of things I want to do, I need to be picky. And include downtime in my schedule! Something I don’t often have!

4. Goals. The only goal I’ve set for myself in 2012 is to bike a full century. I got pretty close in 2011, biking 72 miles in the Portland Century. I think going to spin class all winter long and hopefully starting to commute to work on bike early this year, I can be ready.

5. Focus on your next step. “Living an extraordinary life takes effort, at least at first, which is why most people turn it down.” What can I do to get closer to my goal? I can continue Spin class once a week and maybe even add a second day at home on the bike trainer during January, February and March.

6. Momentum. Take one step and then another. Maybe in April I add a third day a week on the bike. Adding a second spin class to my week could jump start me.

7. Focus on what matters to you. Write it down. Keep it handy. Put on the a blog where everyone can see it. Accountability! 🙂

I like having a goal to work towards. Having a goal, or specific dates in mind helped me to lose 100 pounds. I had a specific date to lose 50 pounds by and I did it. Signing up for Hood to Coast in 2010 gave me a tangible date to keep in my mind when I was training. I was running towards that goal!

My big goal for 2012 is a Century. I’m not sure which one I’ll do yet. I’m in the researching stage right now. As soon as I find “the one” I’m signing up for it–making a commitment to myself and locking it in! Stay tuned…

QUESTION: What’s your one big goal to make 2012 the best year ever?

Is It Working Yet?

What A Year It’s Been