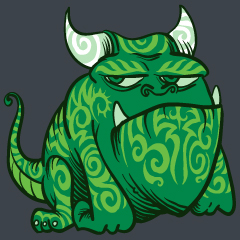 Every once in awhile, I get a visit from the little green eyed monster. Usually it’s not around much but sometimes it comes for a visit and reminds me that I am susceptible  to it just like everyone else.

I used to get the touch of green when I would compare myself to other runners. Of course, this was back when I was running a lot and training for events. I was training for Hood to Coast and I had my sights set on doing the Vegas Half Marathon after that. I used to get jealous of other runners who never seemed to struggle with it. They could run a marathon a month and feel fantastic! Yet, I was struggling to do 10 miles at a time. It was so easy to compare myself to everyone around me–they were so much faster, they recovered from running quicker, they never got injured…

Then I got injured and had to take a break. The injury was the clarity I kind of needed. It told me that I was not invincible and that I was a slave to my own body and it’s abilities. It was EASY to think I could do ANYTHING after I lost the weight. It was the self-esteem boost I needed and as a result I probably pushed myself more than I should in a lot of things. Like I said, I felt invincible. An injury made me happy just to be able to run ONE mile. Clarity.

Sometimes I get envious of other swimmers, too. The ones that are clearly on a swim team and are flawless in the pool. I’m definitely jealous of the amazing swimmers who are faster than me! It’s cool to see. I’m a really strong swimmer and I’m fast, but I don’t know if I’m as fast as the incredible swimmers on masters teams. Again, it’s easy to compare. There is always going to be someone faster!

Why am I jealous? It probably stems from feelings of inadequacy, not feeling good enough, wanting to be part of the “cool kids” group– i.e. the fast runners, fast swimmers, etc. Maybe we need to delve deeper as to why we’re jealous. Ask yourself, do you even LIKE running or do you just want to fit in? Check out this post that really resonated with me: My Running Story: Why I Refuse to Do It and You Can’t Make Me. Comparing ourselves to athletes who are better than us, especially if it’s an activity we don’t even like much, is silly.

I think a little bit of that green envy is sometimes healthy. It’s the competitive spirit in us. It drives us to work harder, push harder. How many times have you been at the gym on the treadmill and increased your speed because the guy on the treadmill next to you is going faster than you? I know I have!

I love this quote from Mara: “I believe that comparing yourself to others dims your light.”

We all need to stop being envious of everyone else’s abilities and focus on our own accomplishments. I’m pushing the green eyed monster out of my mind and I’m  HAPPY that I am able to run one mile after my injury and break. 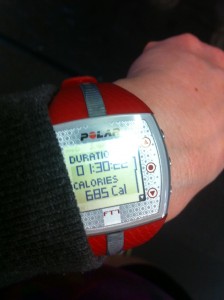 “This quote from Bart Yasso always makes me chuckle: “I often hear someone say I’m not a real runner. We are all runners, some just run faster than others. I never met a fake runner.” Like Yasso, I frequently hear people say they’re not real runners, and some of them have been running and racing for years. You don’t need to sub-7:00 miles or run marathons to be a real runner. If you run regularly — no matter what pace or distance — you can proudly call yourself a runner.” (source)

I’m happy that I have accomplished rehabilitation. It doesn’t matter if it was one mile and if I was slow. I did it. I’m a runner. Who cares if it’s not a fast one.

What do you think? Do you get a visit from the green-eyed monster?