When I first read The Hunger Games series, I loved it. It was unlike anything I’d ever read and despite being a YA book, I couldn’t get enough. I told Michael about the book and he said “They already did that, it’s a movie called Battle Royale.” I didn’t give it much thought, even though he described the premise and it did sound similar. We went to see The Hunger Games movie together and when we left the theater Michael stated it again. Well recently I finally watched Battle Royale.

It was a terrible movie. It was in Japanese with English subtitles, the acting was atrocious and over the top and everything about it was just so cheesy (yet very, very gruesome at the same time). But Michael was right. I wondered, how did the author blatantly rip off this Japanese movie, write a series and get it filmed and not be sued? I’m still wondering this, so if someone knows, please tell me!

I mention this because I’ve been going through a dystopia phase with my books lately. I don’t know why but I’ve always been interested in this type of topic–the end of the world, or some natural catastrophe and people need to survive, or rebuild. I can’t get enough now that I’ve discovered there are so many books out there about this topic!

Last summer I went through the Divergent Series like my life depended on it. Like The Hunger Games, I read all the published books in about a week or two. In fact, I might actually like Divergent more than Hunger games! 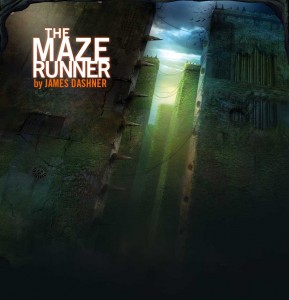 1. The Maze Runner and The Scorch Trials by James Dashner

The book sucks you in in the first paragraph. It opens with the main character, Thomas, awakening in an elevator that opens to a large group of boys who are stuck in a maze. The slow unraveling of the story reveals that once a month one boy is brought to the maze through the elevator. No one knows why or where they come from, their memories are wiped clean and their goal is to solve the maze to escape. Then one day the elevator doors open and it’s a girl! I don’t want to give anything else away but I was reading The Maze Runner and kept thinking “WOW this needs to be a movie!” And I think it will be in 2014!

I don’t want to tell you about the sequel, The Scorch Trials, because it will give away the ending of the first book. But trust me, you should read this series! 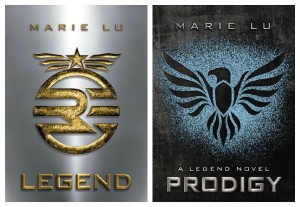 2. Prodigy and Legend by Marie Lu

I liked Legend (the first book) and read it in about a day. It was a new, interesting concept and the sequel, Prodigy was even better than the first book. The story was essentially about the United States becoming two nations, the Republic and The Colonies. There’s a plague that requires medicine but of course the rich people are the only ones that can afford it. At the heart of it is a love story, of course, between an elite soldier, June, and the most-wanted criminal, Day.  It didn’t read like a YA book and pulled you in immediately, slowly revealing the story without the backstory.

1. The Woman Who Fell From The Sky by Jennifer Steil

I found this book very interesting, even if I wasn’t stoked about the ending. It’s a memoir about a female journalist from New York City who goes to Yemen to help a friend who is running an English speaking newspaper in Yemen. She goes there for a few weeks to train the staff on how to be reporters, essentially, but when she returns to New York she finds that her life is unsatisfying. She ends up quitting her job and going back to Yemen to be the co-editor of the newspaper. It was fascinating to read about the culture and specifically how women act, are treated, and what they are really like under the burqa.

This book was unexpected. I thought I knew what it was about, but was very wrong once I got started. Arthur Opp is 550 pounds and hasn’t left his house in 10 years. But it’s not really about that. It’s about the relationships of the other characters.

3. The Unlikely Pilgrimage of Harold Fry by Rachel Joyce

I read this book with my book club. I really enjoyed it. Sometimes the subject matter was a little sad, but overall it was a book about redemption and hope and starting over. Harold is a retired, 70-something man who gets a letter from an old friend he hasn’t seen in decades. She’s dying of cancer and he decides to walk to her hospice in hopes of saving her. Except he doesn’t tell his wife or anyone else, isn’t prepared for it, and just sets out to walk 600 miles across England. It was such a sweet book and I loved it a lot!

I’ve been reading a lot lately and enjoying most of the books I’ve picked up. Some are total “trashy” summer beach reads that have no depth and some (like above) are a little better. What are you reading this summer?