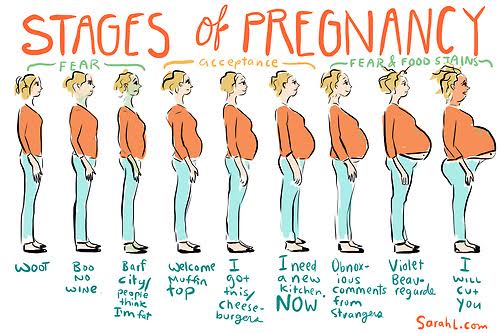 I’ve increased my calories to around 1850 a day as a base. My appetite has definitely been increasing. To give you an example of a typical day of eating now:

Breakfast – 2 eggs (fried or scrambled), English muffin or toast with cream cheese or avocado on top, a glass of orange juice (because I’m obsessed).

Lunch – Soup and salad with crackers or a granola/protein bar or leftovers.

Snack – Cottage cheese and some sugar-free jello or plain Greek yogurt with fruit.

Dinner – Typical dinner of a protein and vegetable. I’ve added rice or a sweet potato or some kind of carb because I just need a little more!

Dessert – Lately a bowl of cereal! Cereal has never worked for me as a breakfast food (it’s not filling enough) but when I crave it I like having it as a treat instead. Also discovered gelato recently so sometimes I have that!

Adding an extra 300 calories to my day doesn’t really add up to much. I’m trying to make good choices about the food I eat. The orange juice is iffy–that’s around 100 calories right there–but it’s what I’m craving so I’m going with it.

So far this pregnancy I’ve gained 6 pounds. Two were the first trimester. I have to admit, I don’t get excited when I’m weighed at the doctor’s office. Even though I know it’s for a good “cause”, the weight gain certainly isn’t a happy feeling. When I start to get bummed out about it I remind myself that it’s for the baby and ignore the negative feelings. It’s working okay right now…we’ll see in a few months!!

Feeling SO IMPATIENT! Been dying to find out what we are having and we find out this week!!

We found out we’re having a boy!!

Got the test results back for both the heart rate monitor and the ultrasound and both were normal! 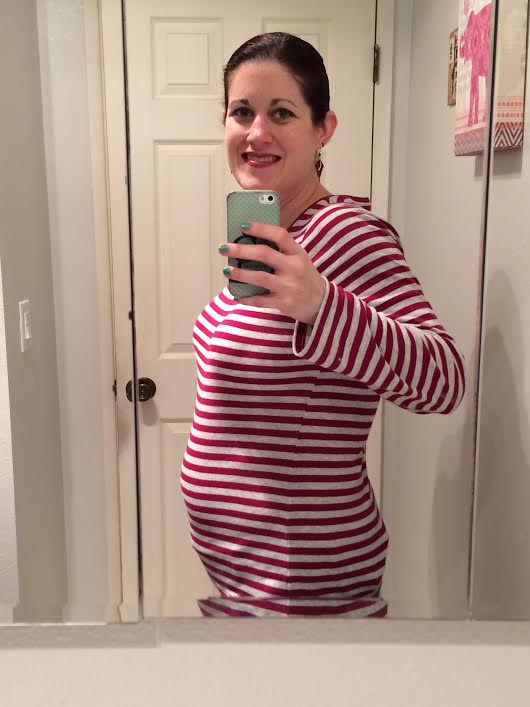 Symptoms this week: Hungrier. Also finding myself getting winded while walking or going up stairs. Definitely feeling dizzier. Having charlie horses and it feels like my hips and joints aren’t quite connecting right! 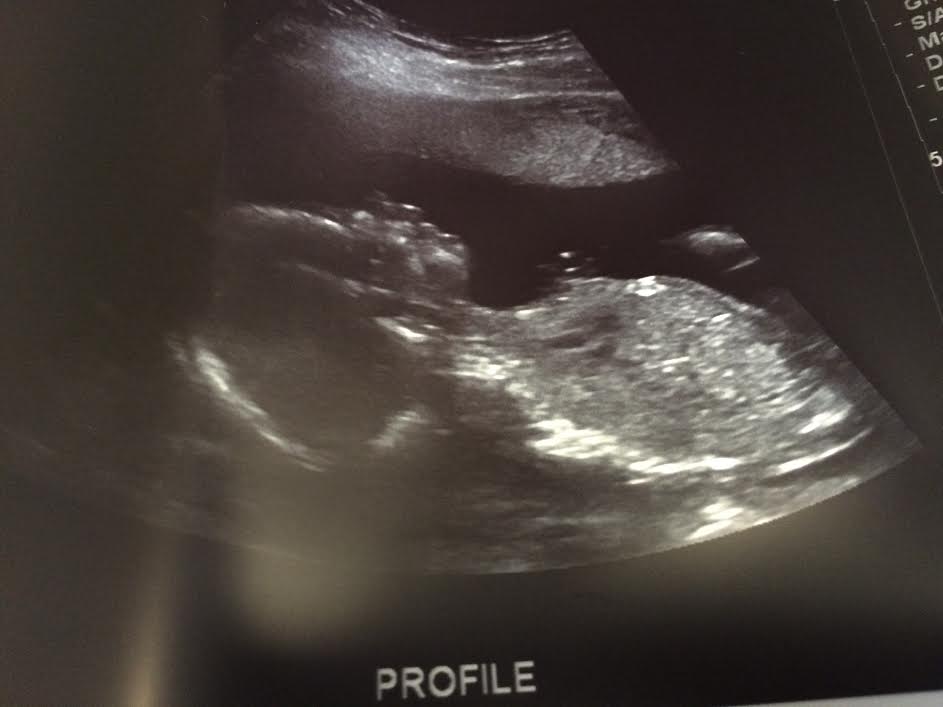 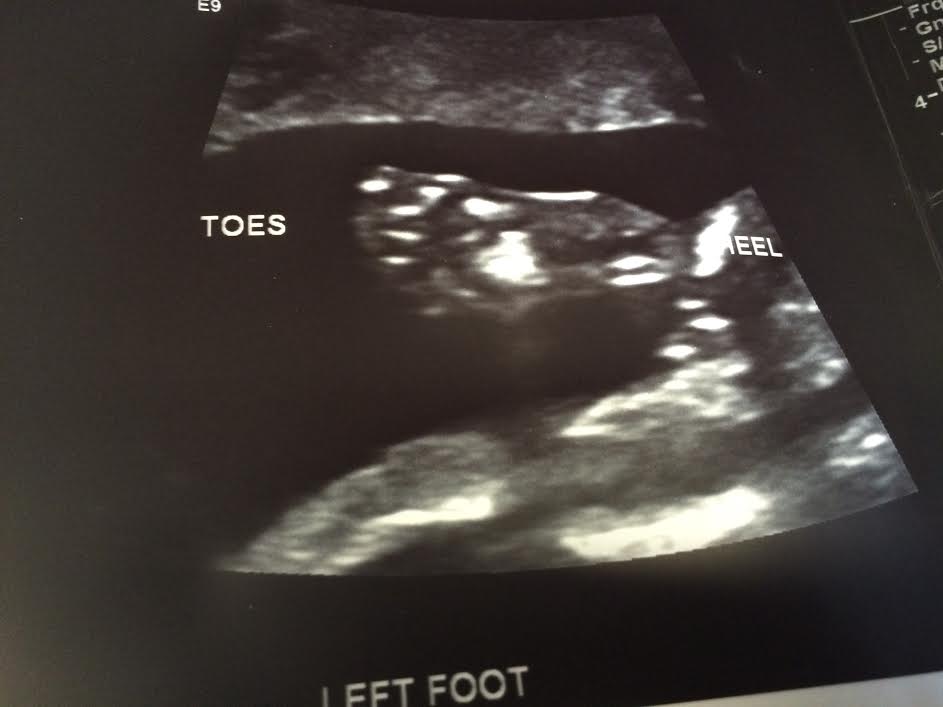 Um…holy crap. I’m half-way through the pregnancy! I just realized that. Of course, that’s if the baby is on time, and when are they on time?? But assuming baby is punctual, I’m at the half-way point. Crazy. But I also learned that both Michael and his brother were a few weeks early so…??

Feeling the baby move!!! It kind of started around the end of week 18 but I wasn’t quite sure what I was feeling–it felt like I was being tickled from the inside. 🙂 And it only happened once or twice. Then towards the end of Week 19 I started to really feel something–flutters and tickles. I think getting the ultrasound and seeing WHERE the baby is in my body helped identify that what I was feeling was actually the baby. It’s a very odd sensation that is really hard to describe!

The standing desk at work is really hard. My whole body is fatigued and sore just in general and it’s hard to stand for long periods of time.

Symptoms this week: Getting “the waddle.” Which is weird because I’m not that big yet. But I guess my hips have widened and my gait has changed. Also getting HUNGRY. Some days are worse than others!

Apparently the baby is the size of a Baby Bok Choy this week. LOL! Now I want some Thai or Vietnamese food…

Had another OB appointment. Went over ultrasound results. Everything is normal. She did say that I have an anterior placenta. She assured me that it didn’t mean much and I don’t have anything to be concerned about. It just means that it might be harder to feel the early movement of the baby. Which explains why I don’t feel the flutters very often, I guess!

Half-way through the pregnancy and I’m at 10 pounds gained total. My heart rate was kind of low, 109/56! But no one seemed concerned. She had me do a blood draw to check my iron again because I’ve been feeling SO TIRED lately. It came back slightly anemic so I’ll start taking iron. I don’t know that this really explains my exhaustion but I’ll try it.

I also went to acupuncture this week. First time in a few years. I went weekly during my last bad-knee flare up and then stopped going. This time I’m going somewhere different and she’s working on the pregnancy sinus congestion and back pain. I’ll try going every other week or so for awhile and see if it helps. I just can’t commit to going every week with my busy schedule. 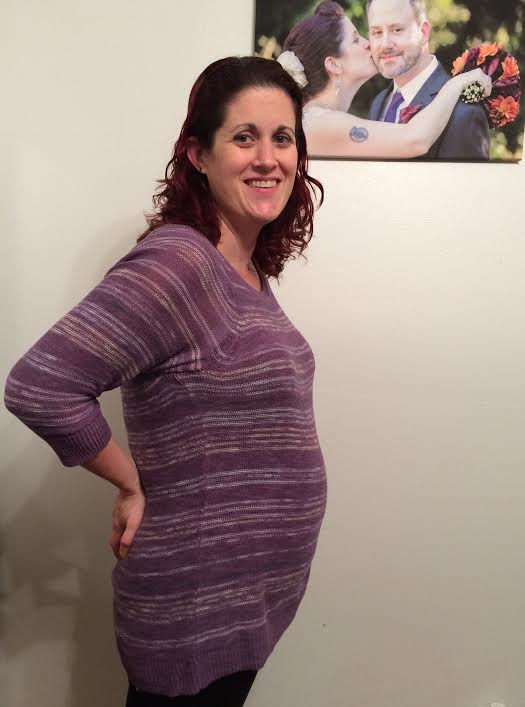 Symptoms this week: Really, really tired. Also having some nasal congestion (still) but it comes and goes and lately seems to be sticking around and also my right ear seems clogged, too. I felt like I was fighting off a cold for about two weeks and this week when I was SURE it was finally coming, I started using the nasal rinse every day and that seems to have helped stave it off (knock on wood).

Really emotional about stuff that I used to be able to turn off. Hormones. Also, having a charlie horse every day in your calf kind of sucks!

Cravings: Pad Thai. I need to get some soon. I’ve also been craving those donuts that have apples and cinnamon in them. What are they called?? Where do I find those??

This week I am 99% sure I felt kicks! Like not flutters, but kicks. I couldn’t feel it on the outside, but felt it from the inside, if that makes sense. It was a way different feeling than the flutters and tickles I’d been feeling off and on. It was such a cool feeling! I hope it starts happening more frequently! 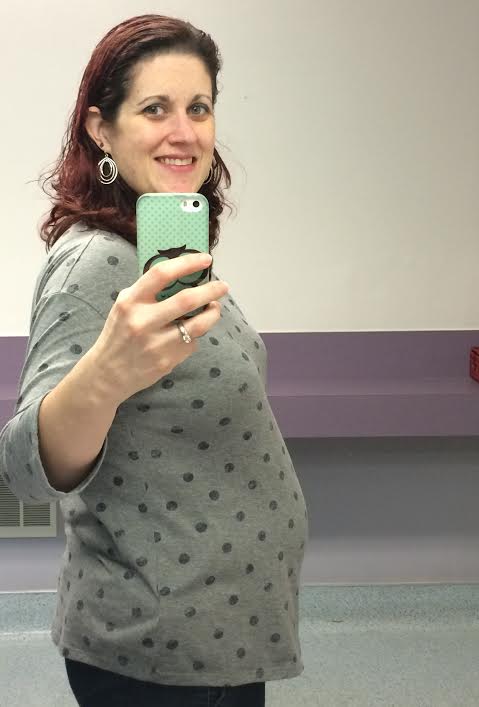 Update: Last night when I was laying in bed I felt the kicks more and more. I wanted to see if I could actually see the kicks so I laid there with my shirt up and poked my belly in a certain spot and talked to the baby. Then I’d wait a few seconds and he’d kick! It was a tiny movement and you could see it just slightly–but if you blinked you missed it. I think Michael was feeling left out because he couldn’t feel the kicks and every time he got impatient watching to SEE the kicks and turned away, then the baby would kick. So he kept missing it. 🙂

Symptoms this week: Feet hurt. Charlie horses in my calves off and on (like daily). OUCH!

Cravings: Not really having any lately!

Mentally I’m feeling pretty good. I’m happy and excited to be pregnant. I’ve had some mood swings in the recent weeks, just being a little more emotional than usual, but nothing too bad.

I’ve lost count of how many people have asked me if I’m “sure there’s only one baby in there”. Um, really?!?!?!

I have to take the Gestational Diabetes test in December. It’s something that’s been in the back of my mind from the beginning. I’m not looking forward to it and honestly dreading it. Diabetes is something that has always freaked me out–and was one of the catalysts for me losing 110 pounds. The idea of developing diabetes (and I was on the road to it) was too scary for me and I got my shit together and lost the weight, changed my life, avoided diabetes. I guess what bothers me the most about gestational diabetes is that it can happen to anyone, no matter how healthy you might be. It’s not really related to whether you eat right and exercise. Sometimes your body just stops working right.  So I’ve been counting my calories, trying to make good choices as I increase my calories, and I’ve continued to workout 5 days a week…hoping that keeps me fit and healthy for the baby. I’m crossing my fingers that I get lucky!

We’ve picked a nursery theme and colors. But probably won’t be doing much in regards to that until December. There are other things we need to do first to get the room ready to empty out.

Maternity pants are nice and comfy. But it annoys me to no end that most do not have any pockets. No matter how pregnant or big I get, I WANT SOME POCKETS. Why is this so hard to find?!?

I miss sushi a lot. 🙁 I’m sure it’s fine. I generally feel like the US is overly cautious-paranoid-fear-mongering-cover-your-asses-so-you-don’t-get-sued when it comes to anything regarding pregnancy but…..I know myself and even if it was safe I probably wouldn’t enjoy eating it and would feel guilty the whole time. So I’m waiting.