I took Friday off from work and went down to Cat Adoption Team in Sherwood. I used to volunteer there a million years ago. I loved being a volunteer! It was so enriching to spend my weekends cleaning cat cages and socializing the kitties to get them ready for adoption.

I’ve definitely felt like there was something missing from my life since Yggdrasil passed away.

I wasn’t ready for another kitty for a long time. I definitely grieved for those first few months after he died. I cried a lot. I was heartbroken. I was sad. I missed him. I still miss him. But I’ve felt lately like I wanted to think about getting another kitty. Maya has been coming out of hiding since Yggdrasil died. She never used to. She was 100% bonded to him and did not like people. But once she was all alone, she started coming out at bedtime wanting pets and cuddles. It’s been sweet but she still hides most of the time.

I went to CAT with an open mind, prepared to not adopt anything. I found two boys that seemed to have the personality I was looking for. The first was a kitten. 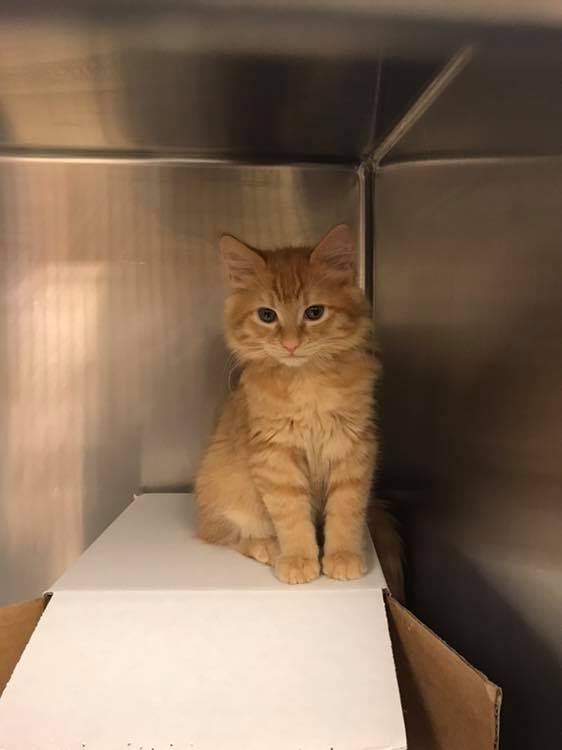 His name was Sonny (his sister was Cher). He had a big personality already! So cute, so fluffy, so affectionate. I picked him up and he immediately became a purr machine. I was in love! I seriously thought I found the cat for me. I decided to keep looking, just in case, and found this guy:

His name at the shelter was Billy Bob. He just turned 1 at the end of October. He had a kitty cold from the shelter and one side of his neck was shaved from an IV so he looked a little funny. 😉

I met with Billy Bob in a private room and he was such a lovebug! He was super chill and sweet and loved to cuddle. He was SO SWEET. I was a little freaked out that he looked so much like Yggdrasil, but I do love tabbies. He’s a brown tabby, with white paws and a white heart on his chest.

He jumped up on my lap and we cuddled and he got comfortable. I kind of felt like he picked me. So I ended up taking him home. They sent me home with some eye drops for his kitty cold and he was super quiet the entire drive home. He just chilled out in the carrier. When we got home I set him up in the bathroom, where he’ll be for a few days. 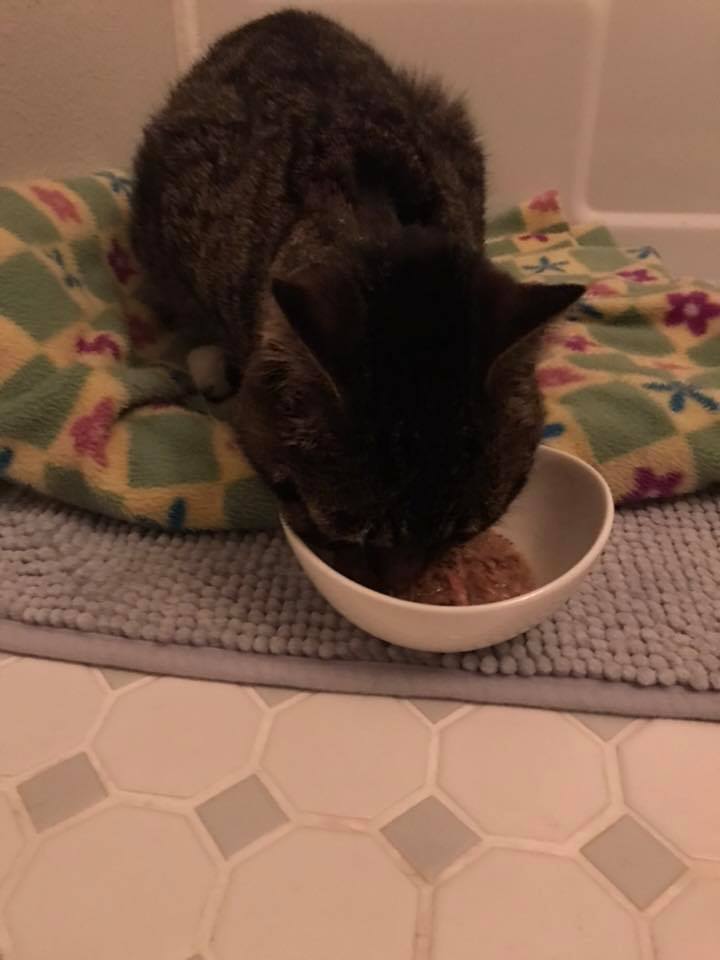 I put one of Bella’s blankets in the bathroom (so he gets used to Bella’s scent) and he immediately made himself comfortable. He got a makeshift litter box, toys, food, water and a cat scratcher. I dimmed the lights and just let him calm down. 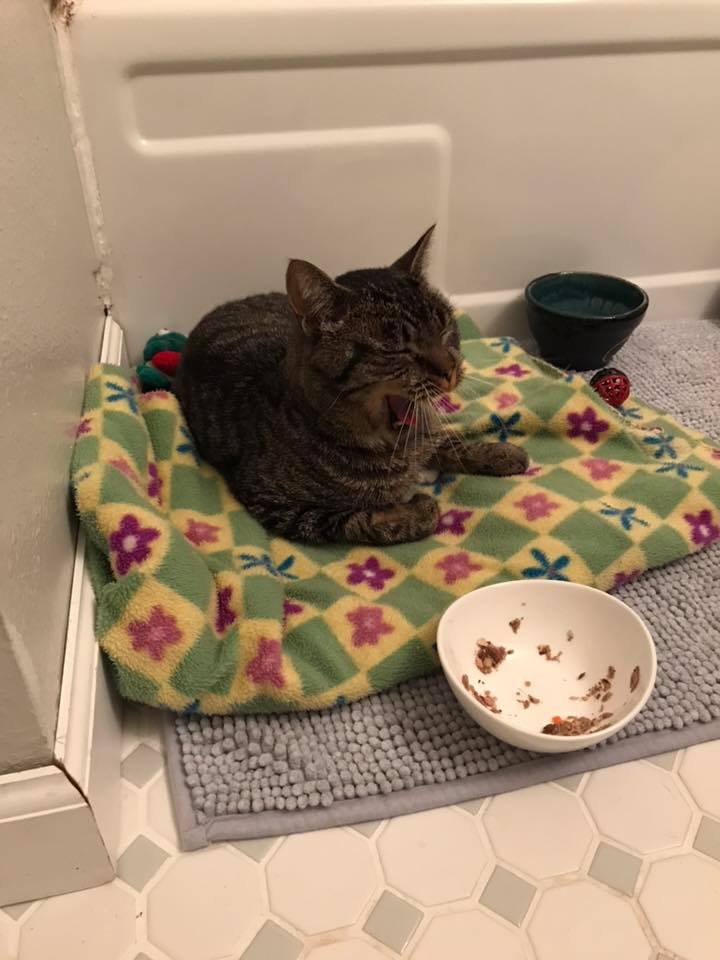 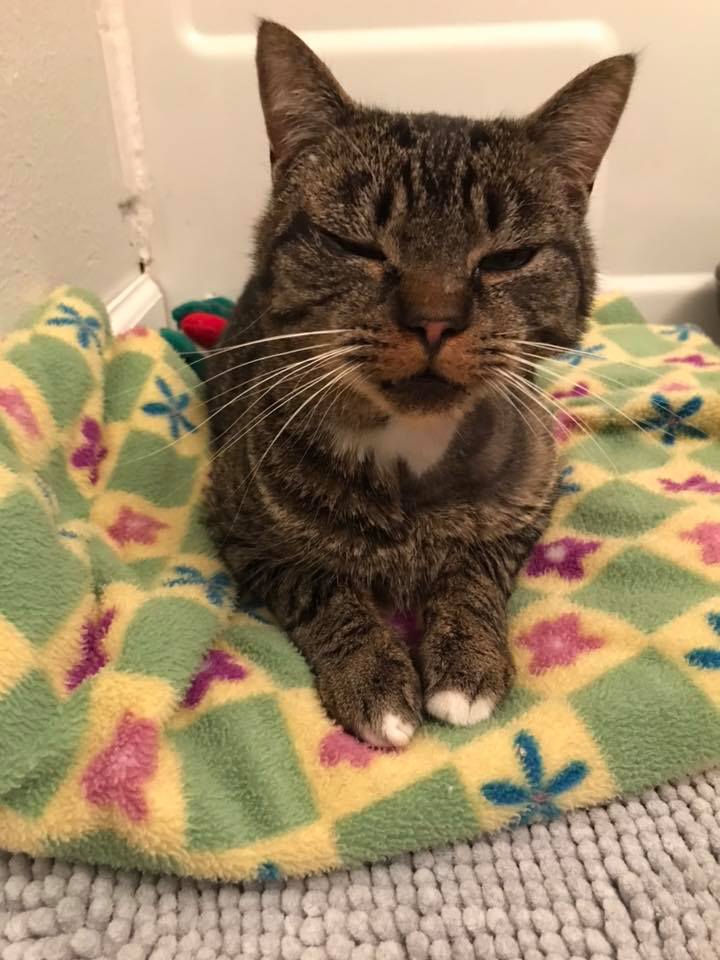 He seemed unbothered by everything. He did really well in the bathroom. He didn’t destroy anything (like a kitten probably would). I checked on him often and we cuddled and I brushed him (which he LOVED). 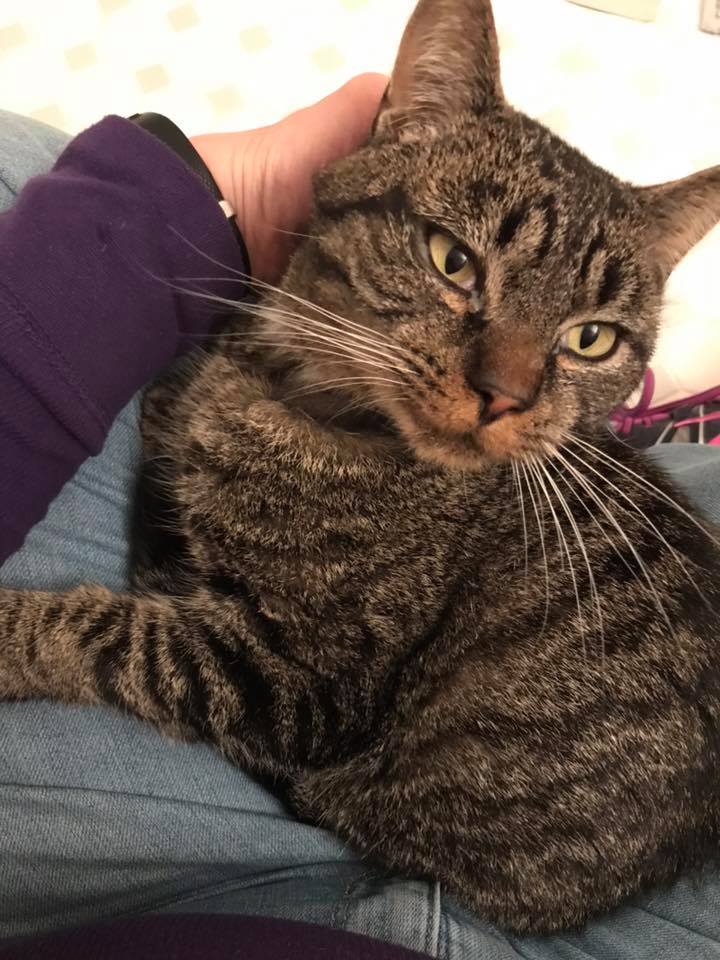 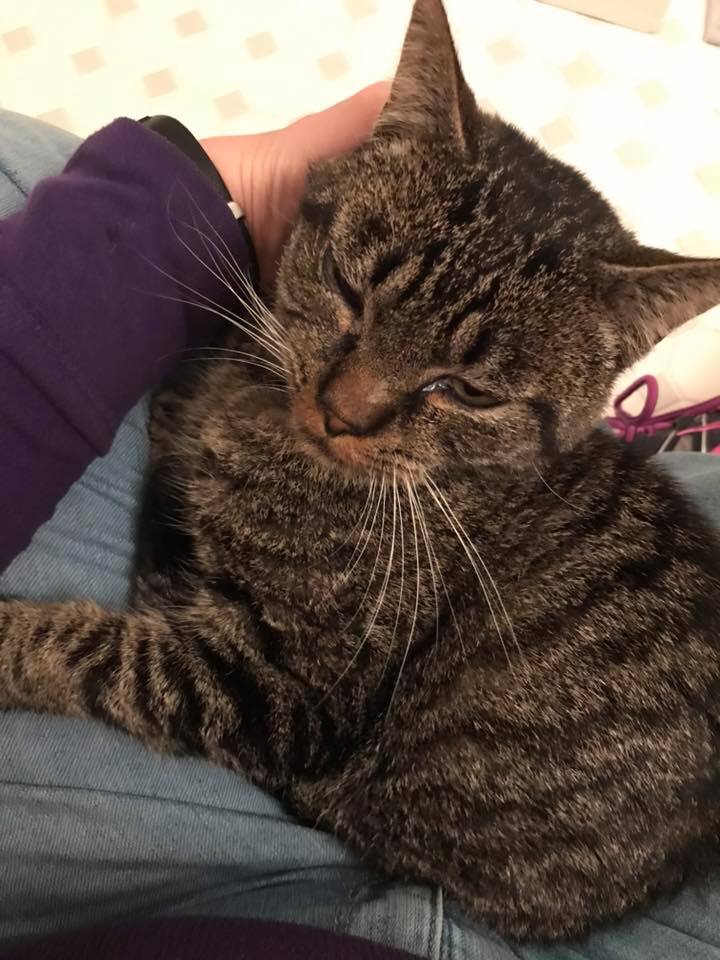 By Saturday night, New Kitty was sick of the bathroom! He kept trying to escape. He did so well in there, though, and didn’t destroy anything. He just chilled.

On Sunday afternoon when Logan was sleeping, and Maya was hiding in the bedroom, I let the kitty out to explore. He walked around the whole house (except for the two closed bedrooms) and explore every inch. He rubbed on the walls, sniffed everything, was particularly curious about Maya’s cat dishes and Bella’s water dish, and then went into the living room to meet Bella. 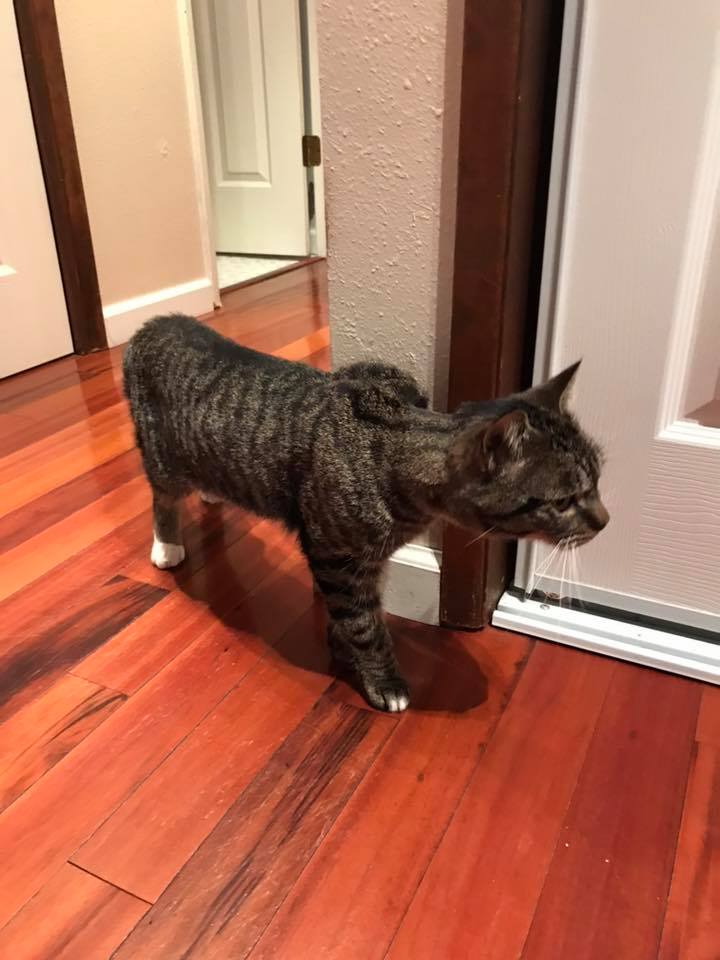 I had this fantasy that Bella and New Kitty would be best friends. I was trying not to indulge in the fantasy just in case…but New Kitty was FEARLESS. He must have lived with a dog before. He walked right up to Bella, sniffed and rubbed his head on Bella. I have an adorable video on Instagram if you want to check it out. 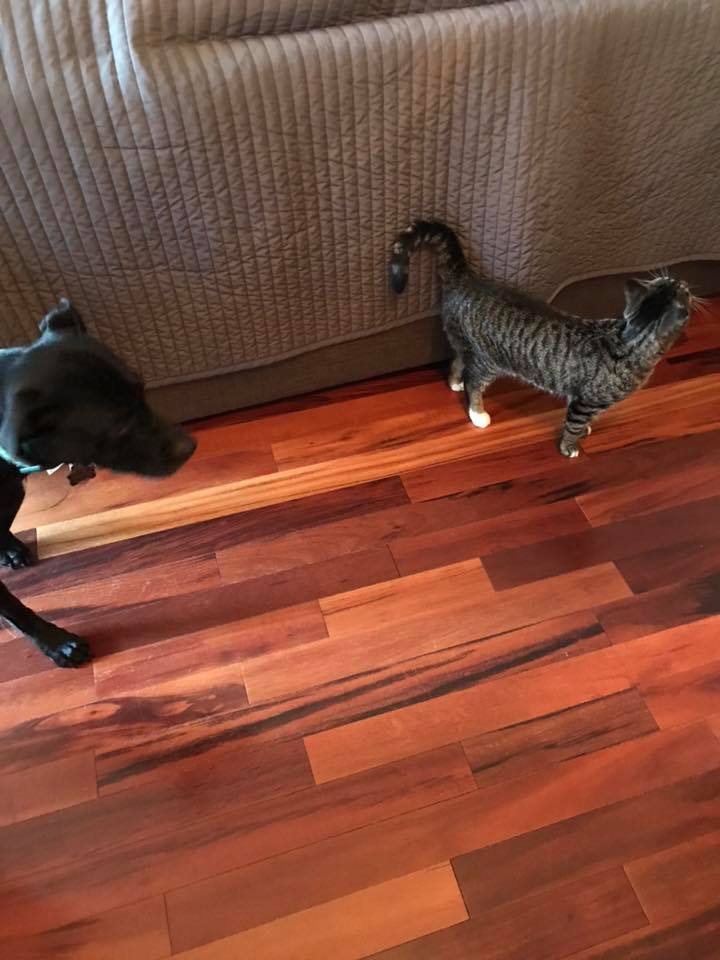 I *think* his name is Stevie. We are trying it on to see how it feels. I love his little white paws. They are so cute! After making the rounds and checking everything out, he picked his spot: 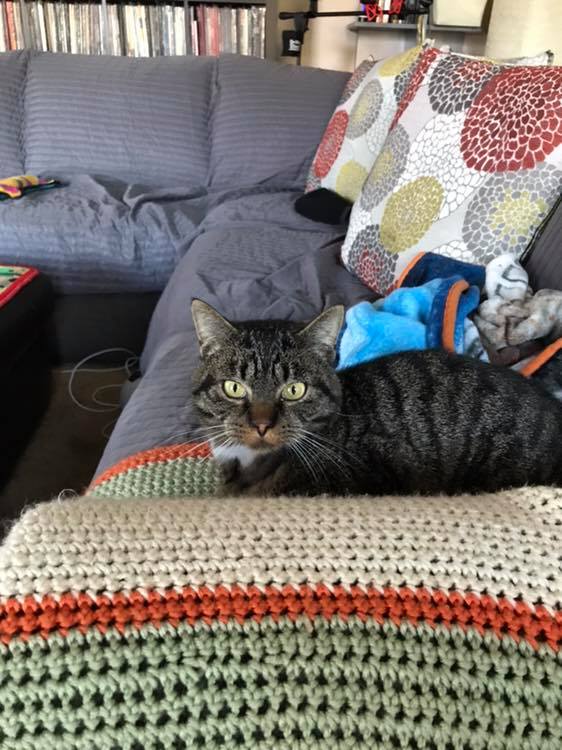 And we relaxed and watched newest season of the Great British Baking Show on Netflix. 😉 I ran some errands later in the day and when I got home, Stevie, Michael and Logan were all cuddling together on the chair watching Star Wars. It was pretty adorable. 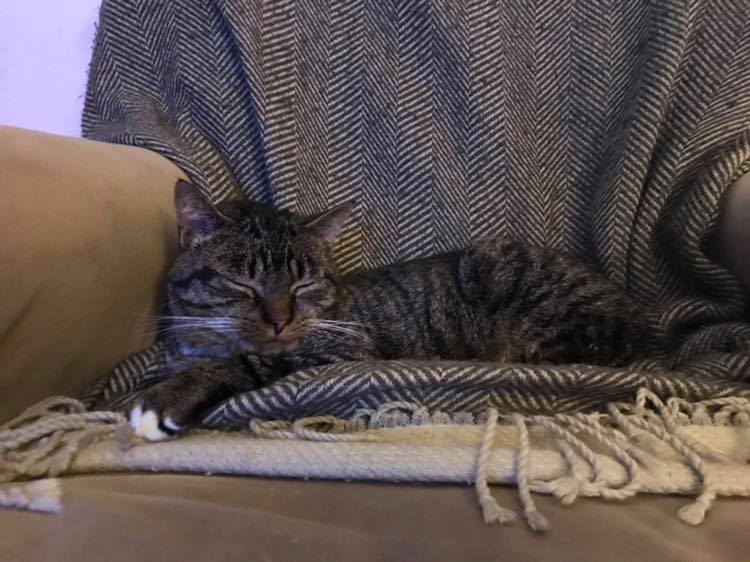 On Monday, I was off from work and I let Stevie out of the bathroom to roam free. He found Maya under the bed and they both just sat under the bed next to each. It was pretty adorable. Maya pretty much lives in the bedroom, so it’s no surprise that she’s hiding right right. The fact that they aren’t hissing, growling or fighting is a great sign, though. 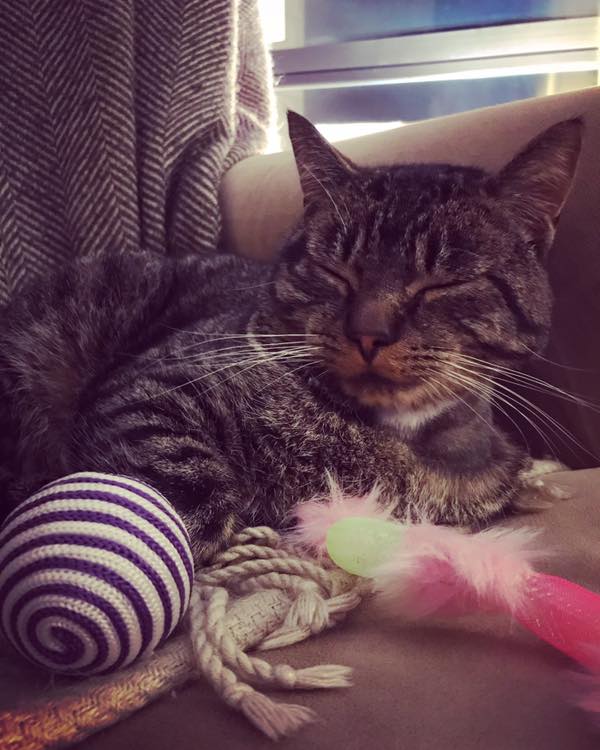 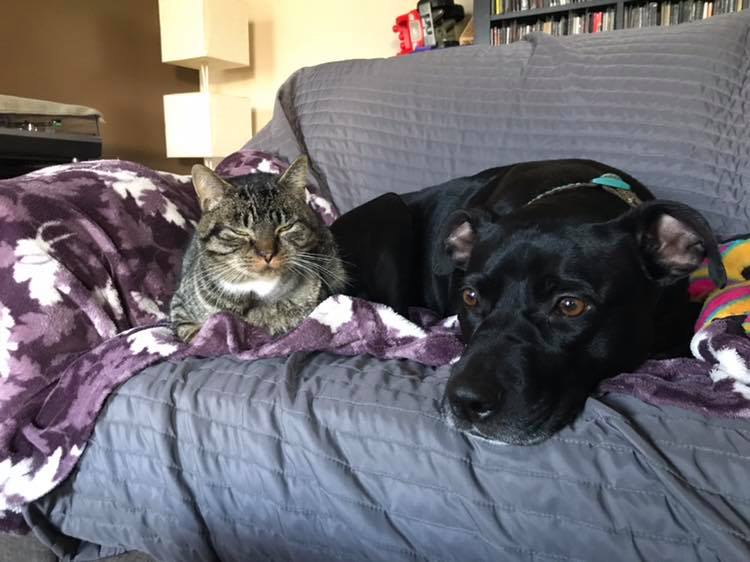 Last night I woke up in the middle of the night and saw this: 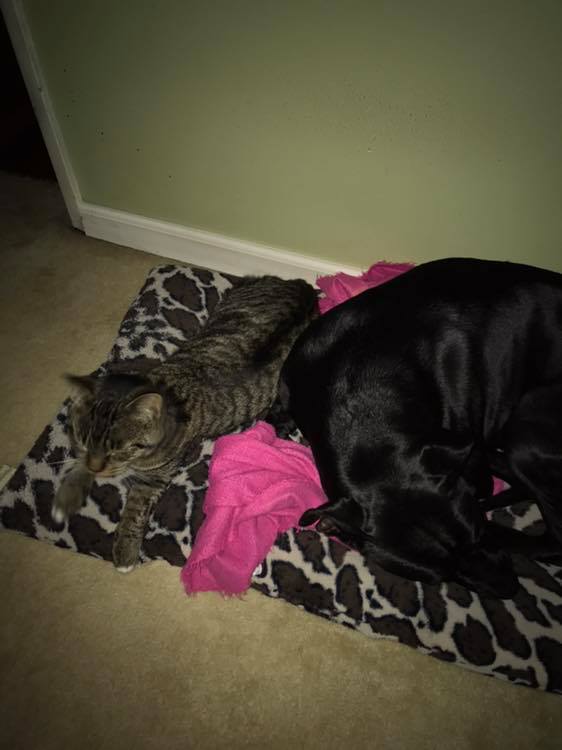 Needless to say, Stevie seems to have made himself comfortable with our family right away. 🙂