Logan threw a Halloween Party this weekend! It was SO MUCH FUN!

The house was decked out. I might have gone a little overboard. I already had a ton of Halloween decor I’ve collected over the years and then I kind of bought a bunch of new stuff and my friend Debby gave me some decorations she didn’t need anymore!

Logan was a pirate. I was a pumpkin. Michael was a blend of Michael Myers and Jason. 😀

My parents came down to visit from Seattle. My dad got dressed up too! And Logan was trying on a bunch of different masks. At one point he was Chewbacca/Pirate. LOL

And these witches’ hats:

Everything was a huge hit! The witches’ hats were gone in seconds. The red velvet ghost cake was AMAZING!

I planned some fun games. We did a Scavenger Hunt (with prizes!). And then I hid a bunch of “ghosts” around the house and the kids had to go find them. The ghosts were small halloween toys wrapped in kleenex with a ghost face drawn on them with a sharpie. Super easy to make and it was fun.

Then we played the above game with bean bags and I had one that was a ghost “dartboard”.

Then we painted and decorated pumpkins.

The kids had a blast! I was so happy everything turned out great. It was really fun. A lot of work, but fun. I don’t know that it will be an annual event, but maybe every other year. 😉

On Saturday Michael went for a run, I went to the gym and then we headed south to Dundee. We had to pick up our last case of Sokol Blossor wine (I cancelled the membership) and decided to make a day of it.

The hope was that Logan would split his naps into two: it’s 45 minutes from our house so it would be perfect if he could take part of his nap there and back. We recently turned Logan’s carseat around and I had worries that he’d be able to sleep in the car but…

He was so stimulated by pointing out all the cars we saw on the road, he didn’t fall asleep until we were 15 minutes away. Of course!

We went to Red Hills Market for lunch. It had great reviews online. And they were right! The food was excellent. The service? Mixed. You ordered at the counter and then found a table and the line was insane. It was a bit stressful standing in line with a toddler to order a meal but the food actually came out really quickly, so that was good. 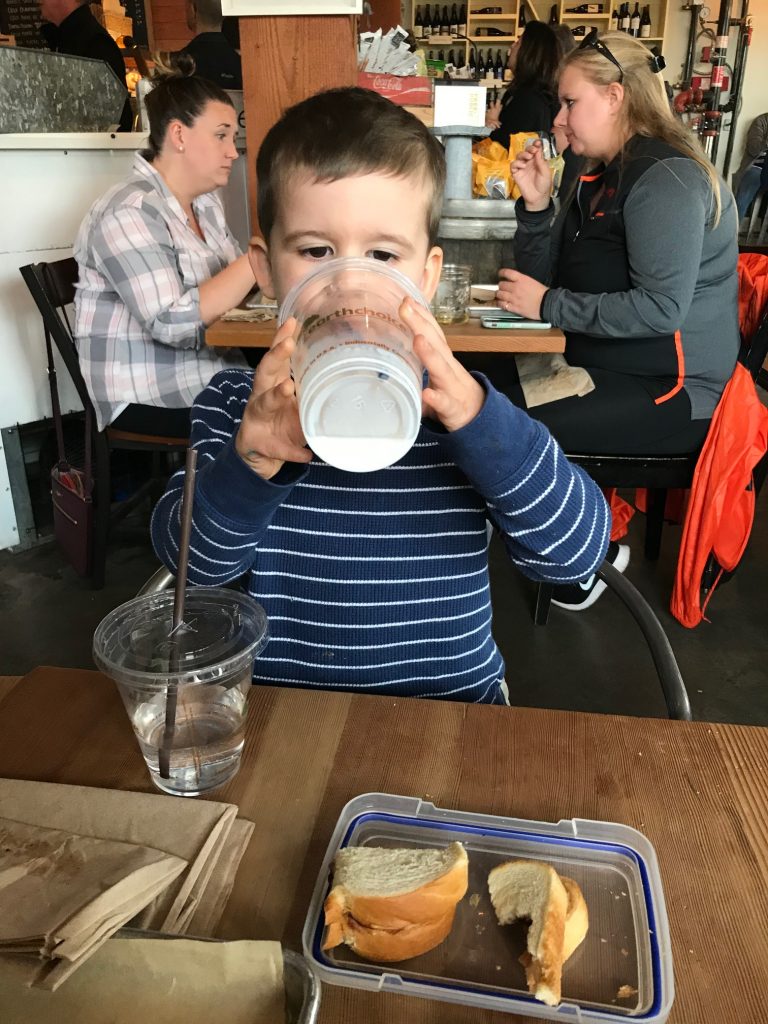 Now the food: it was really good! I highly recommend this place. Michael got the steak salad and said it was excellent (I had a bite and agree. The chimichurri dressing was to die for.) I got the soup of the day and a side of egg salad on toast topped with arugula. 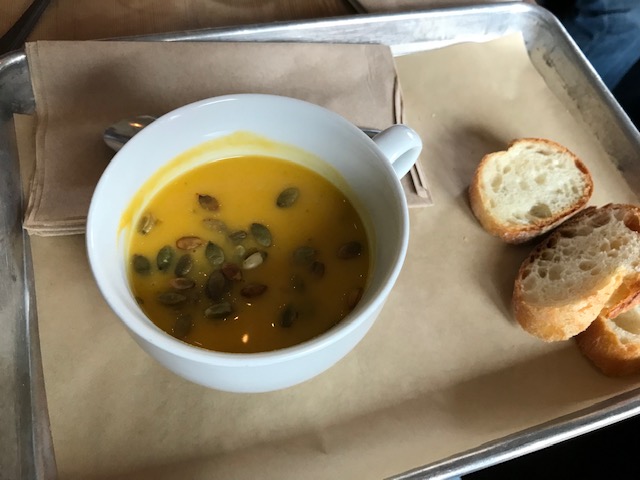 It was a small cup but the perfect amount. The butternut squash soup was really good, slightly sweet, and topped with toasted pumpkin seeds. I really liked my lunch. I would definitely go back here.

The next stop was picking up our order at Sokol Blosser and then heading to Heiser Farms for the pumpkin patch! Last year we went to the pumpkin patch in Hood River and it was great fun, so I was expecting Logan to love it even more this year. I love this tradition!

Heiser Farms was about 15 minutes from downtown Dundee in Dayton and it wasn’t crazy busy or crowded. Bonus for us! We went early. 🙂 For $15 we got into the farms and could do a bunch of the activities. There were a few things that were extra money but we didn’t feel like we missed out not doing them.

The first thing was the hay ride to the pumpkin patch. Logan wasn’t quite sure about it but once the tractor started moving he was all about it! 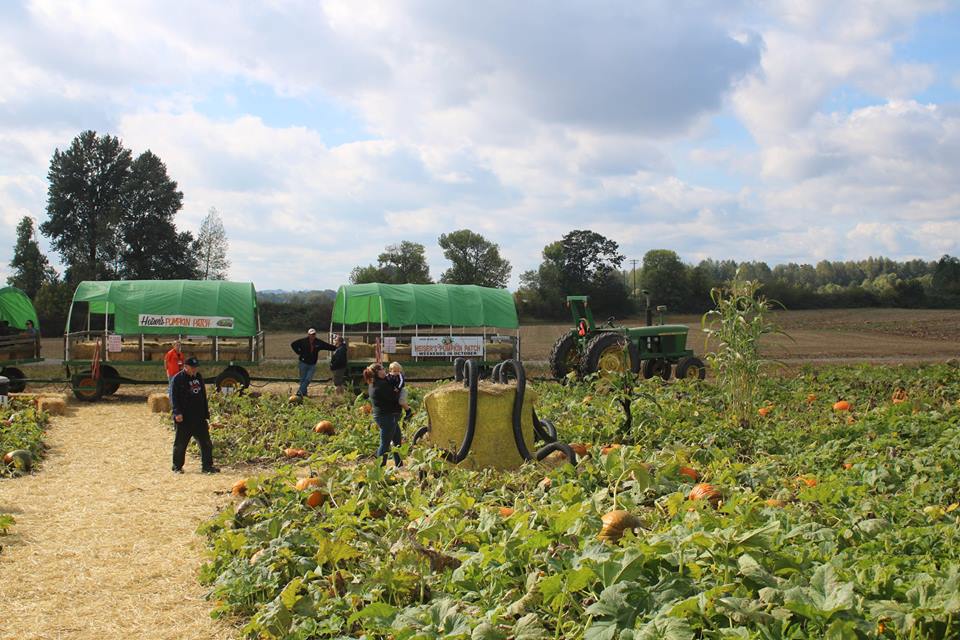 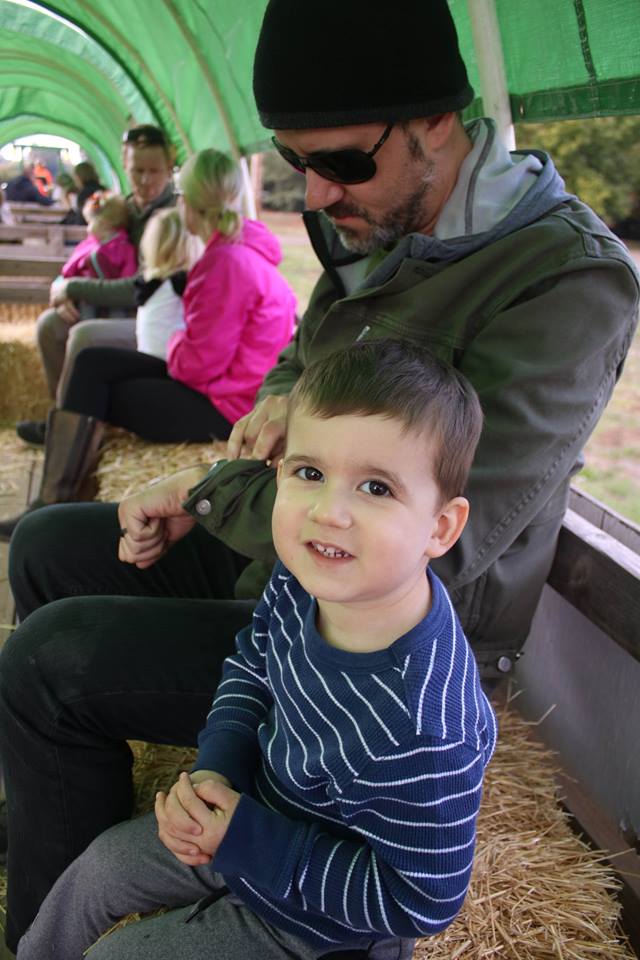 It was a short ride to the pumpkin patch, the right amount of time for a toddler. 😉 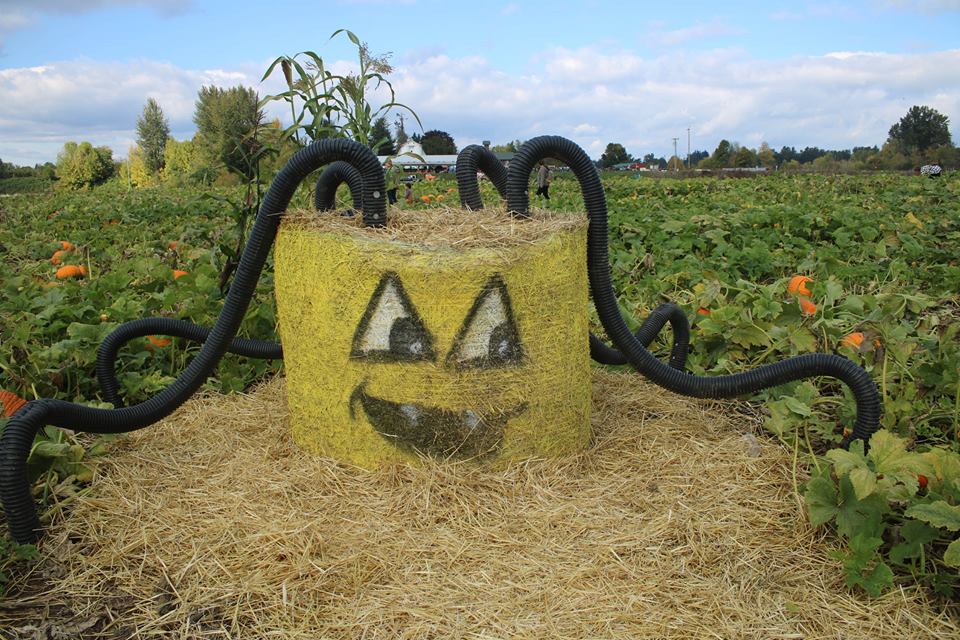 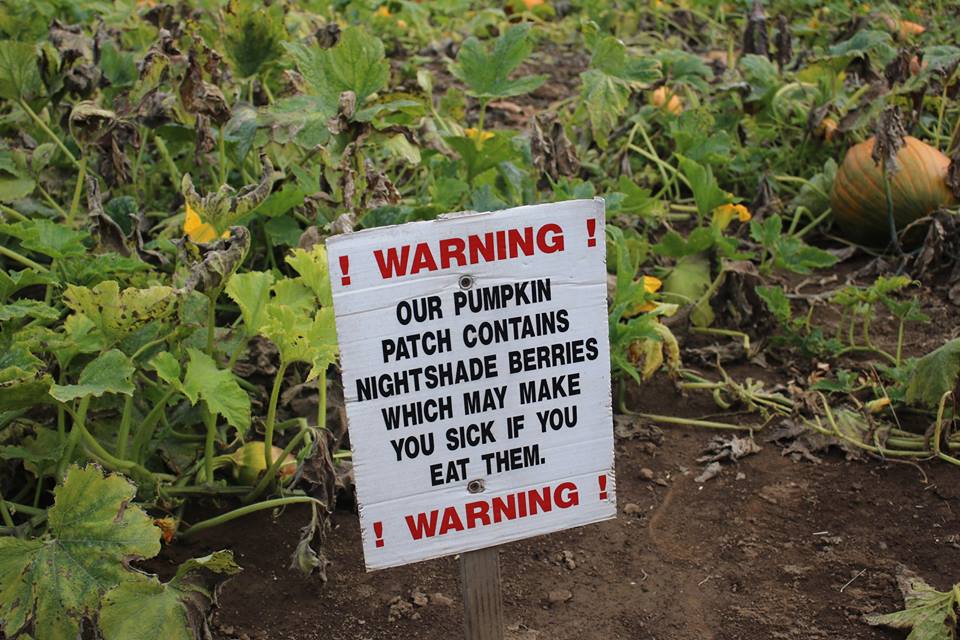 The pumpkin patch was pretty big and well maintained. There were pathways and trails covered in hay, which was nice, and there was also a corn maze (we didn’t use it but next year I think Logan will love it). 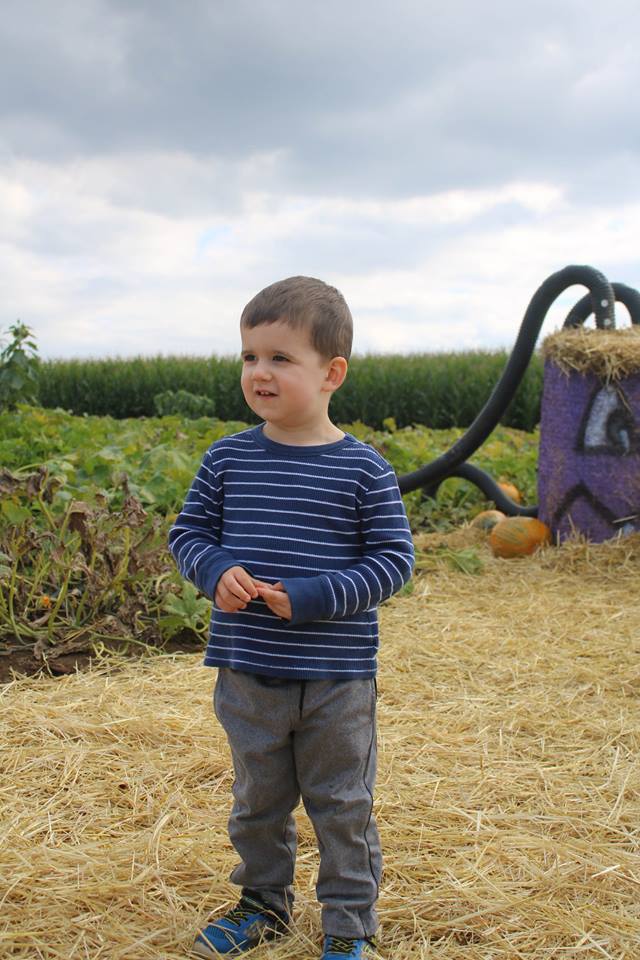 We didn’t get any pumpkins because they were super huge, but there were a lot of good-looking pumpkins. 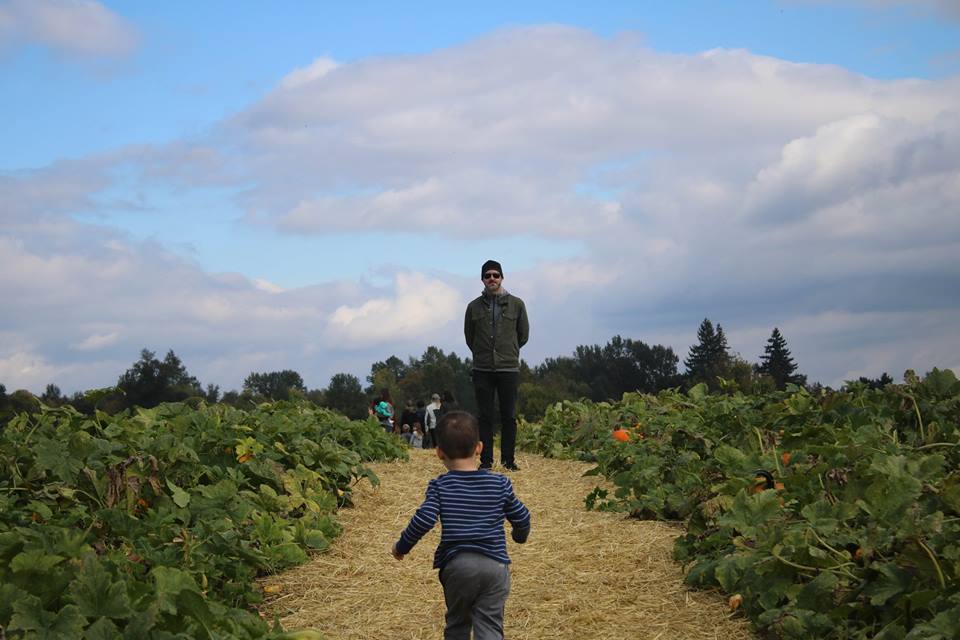 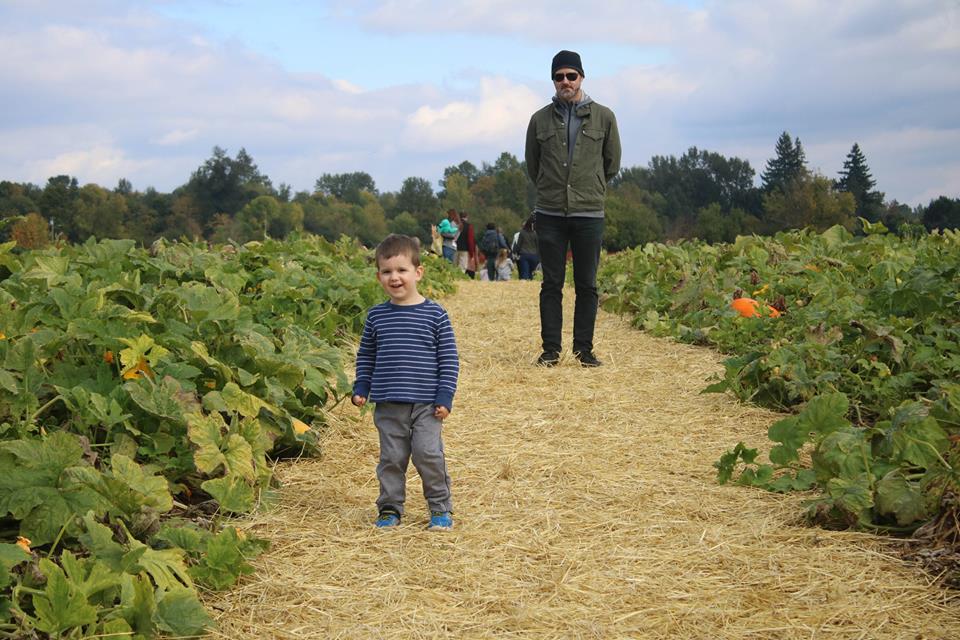 We went back to the main farm and checked it out. There was a band playing and they were really good! When we got there, they were playing Johnny Cash. They sounded great! I wish I’d gotten the name. 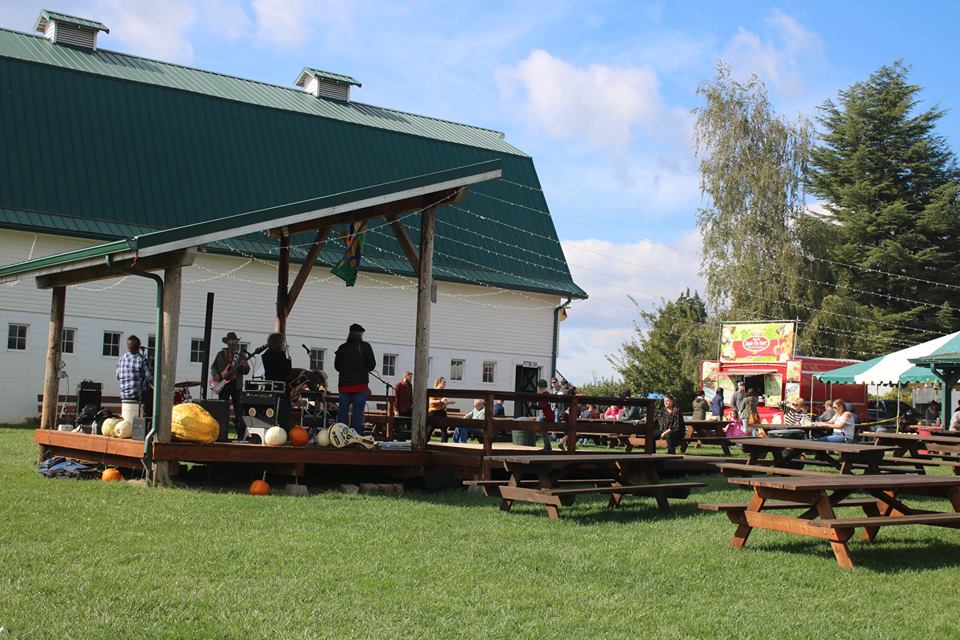 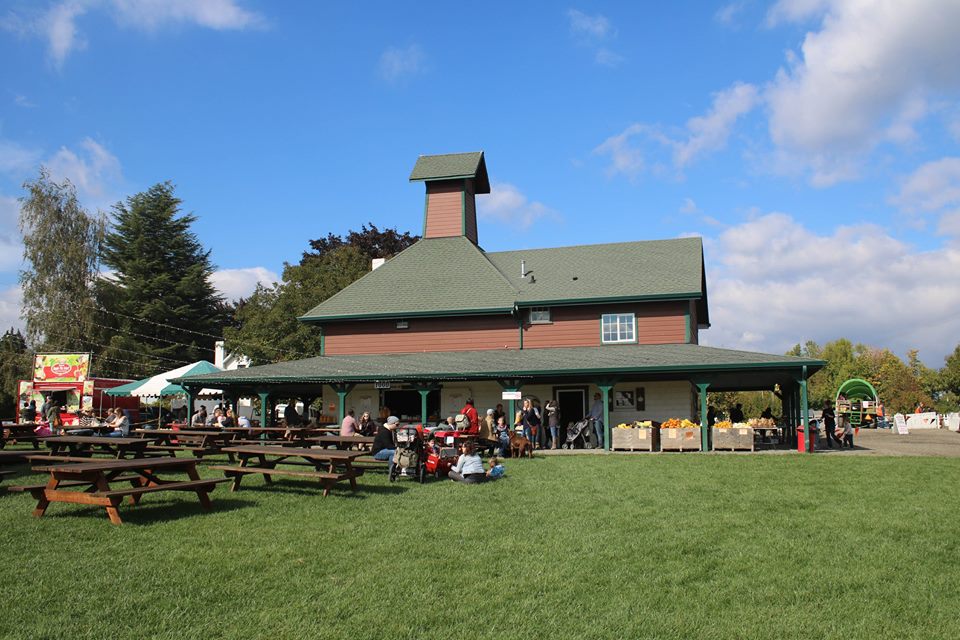 Next Logan and Michael climbed the hay mountain and went down the slide (I posted some cute videos on my Instagram if you want to see them) and I went down once with Logan. 🙂 And then Logan got to see A REAL fire engine! The expression on his face was absolutely priceless and adorable: 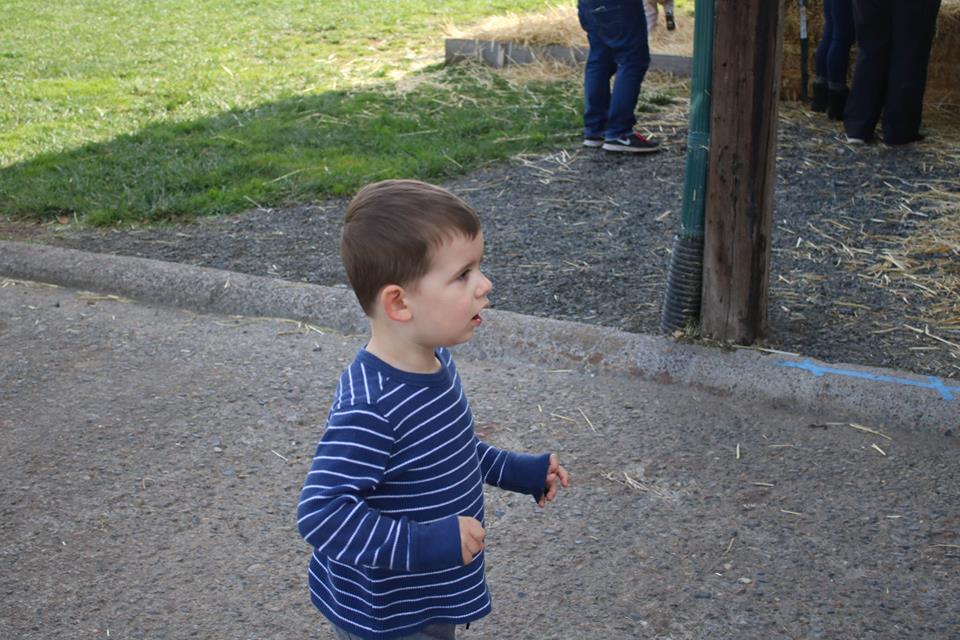 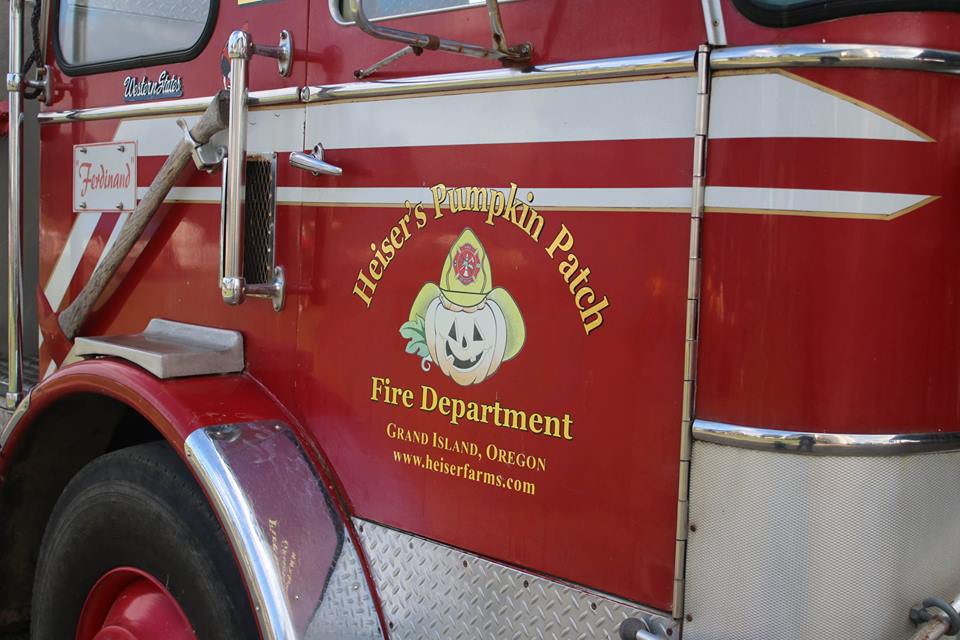 After all the sliding and firetruck investigation, we checked out the petting zoo: 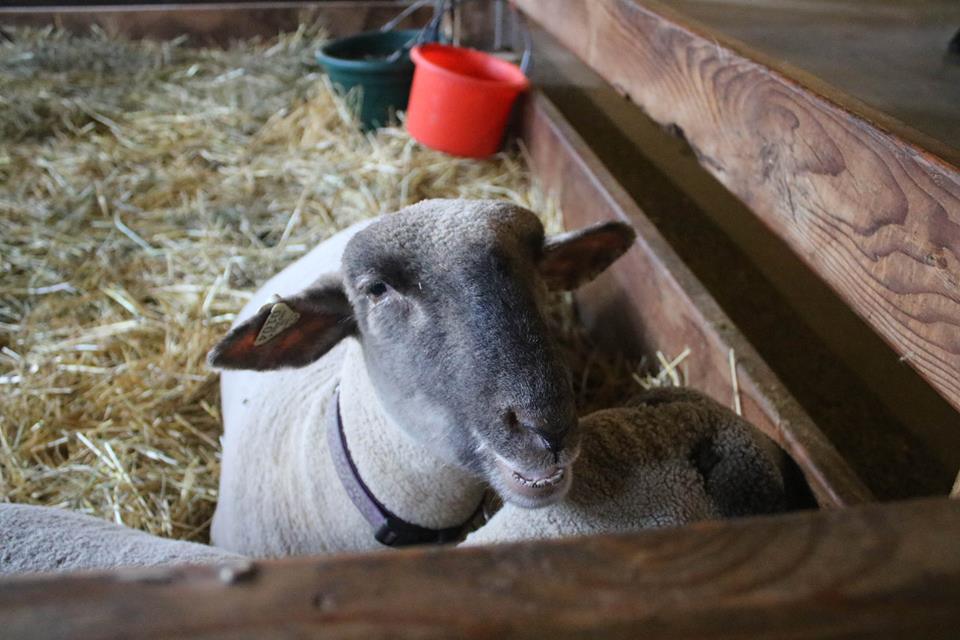 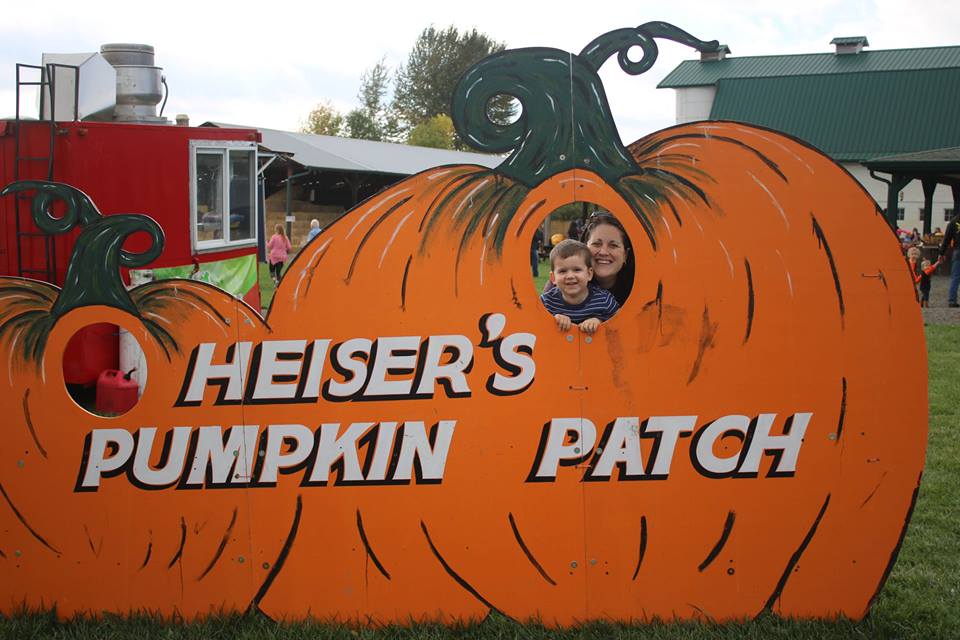 And then we shared two apple cider donuts–freshly made! 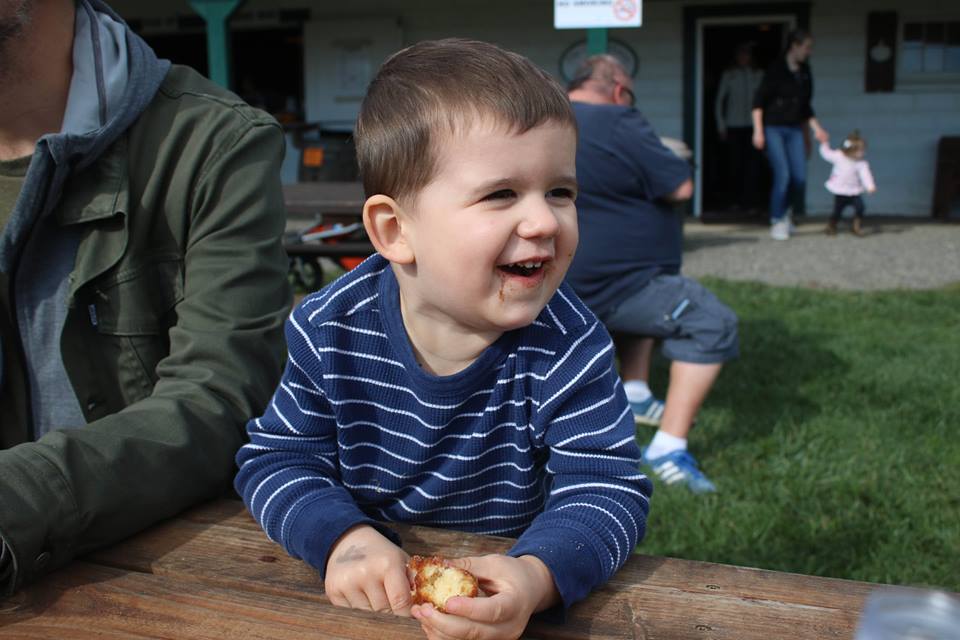 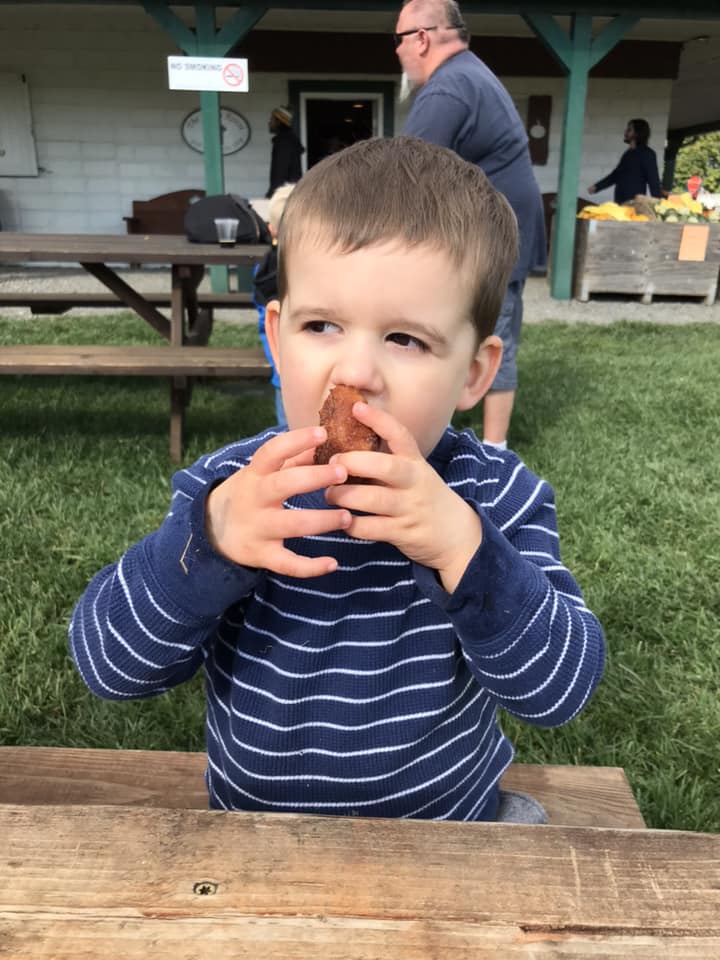 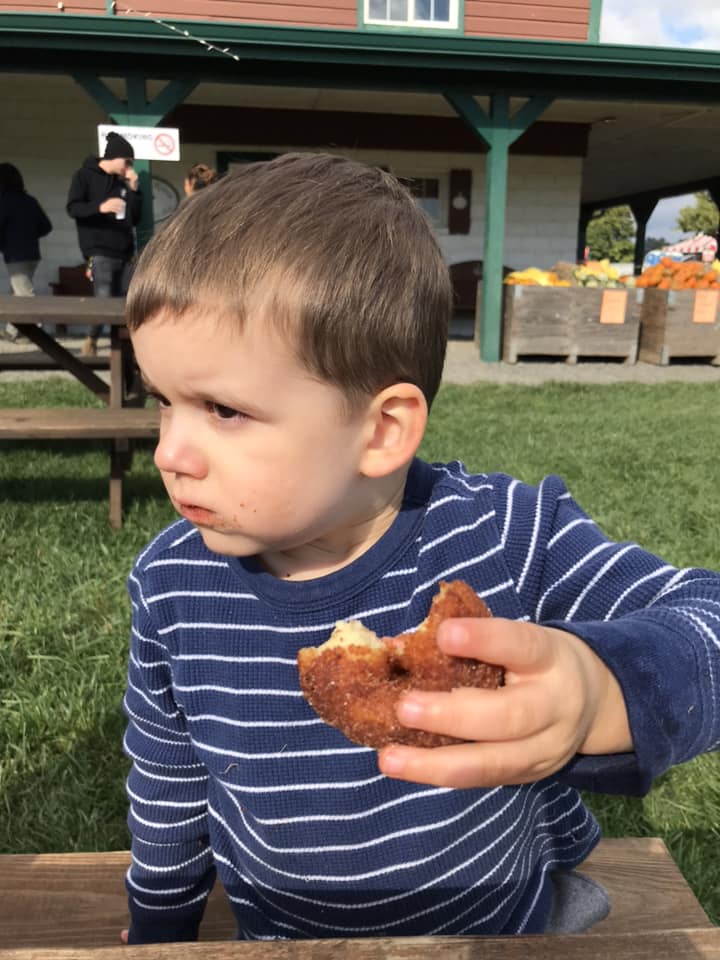 They were good donuts!

It was getting pretty late so we decided it was time to head home. Thankfully Logan fell asleep and got in a good little nap on the drive home!