I’ve been dreading this since getting pregnant and finally had to do it. The gestational diabetes test. Yuck. This has been on the back of my mind even before getting pregnant. I wanted to lose those 10 pounds I gained, thinking it might help my odds against getting GD when I did finally get pregnant. It was definitely a concern because of my history. Unfortunately I didn’t manage to lose that 10 pounds first, so it kind of made me worried.

My doctor said to take it between weeks 24 and 28. I had the option to take the 1 hour test (non-fasting) or the 2 hour fasting test. At first the 1 hour test sounded like the better option but she kind of talked me out of it and said if I failed that one I’d immediately have to take the 3 hour test. 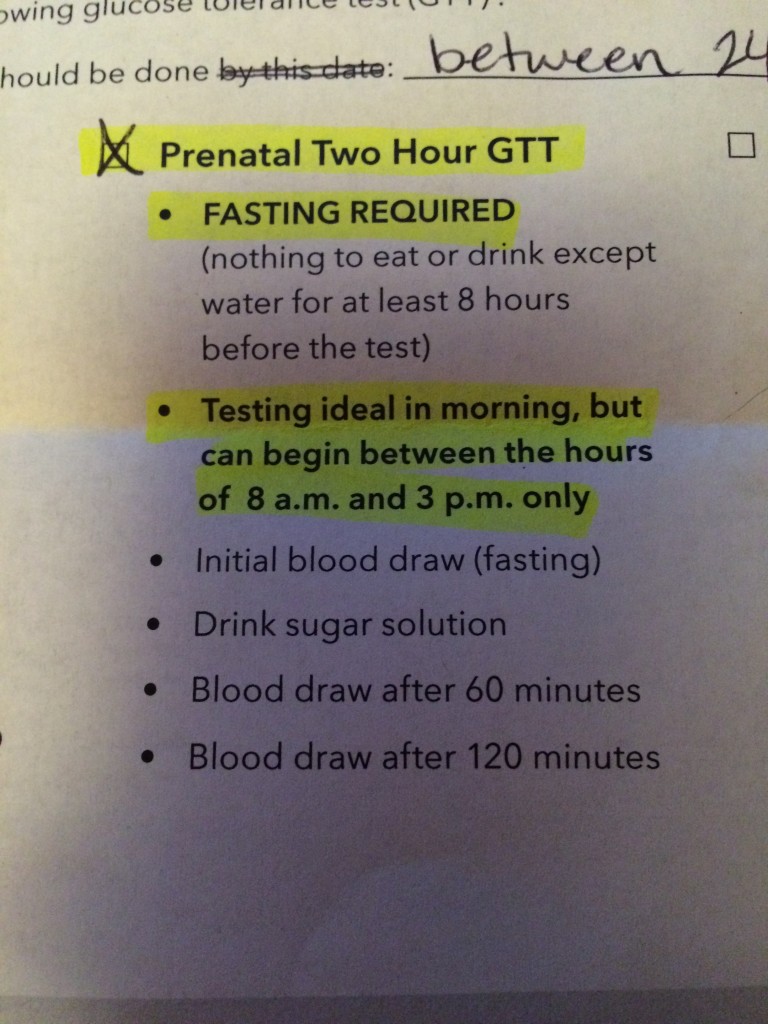 I didn’t want to take any more time off work because as it is my sick time has been sucked up with OB appointments and most recently, multiple dental appointments. Saturday I set my alarm, skipped breakfast and then went to the doctor to take the test.

I was glad I asked her what to expect at my last appointment because she said I wasn’t allowed to leave. I had stupidly hoped I could go, start the testing, then run errands or something waiting out the time. Nope, they want you to stay at the doctor the entire time. I packed my Kindle with a bunch of books, my phone charger and took my phone to watch Netflix while I waited. I recently started watching “Madame Secretary” and it’s REALLY good! It’s funny and smart and I love the casting. I’m about half way through the first season. 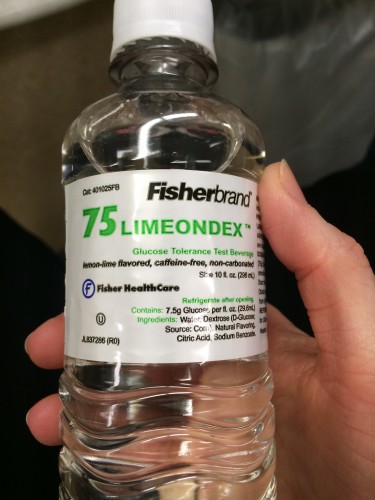 I got there early and despite having to fast, being hungry and not getting to have my coffee, it wasn’t as bad as I had been anticipating. I did my initial blood draw (later results showed the first fasting blood draw was 84, which was a good number). Then they had me drink the drink. The lady said that it can sometimes make people feel sick and she said if I threw up, I’d have to come back another day to take the test again. UGH! PRESSURE!

She suggested I don’t chug it but that I had to drink the whole thing within 5 minutes. I sat there and took big gulps. It was nasty. It tasted like super duper sweet flat Mountain Dew. I finished the drink, felt nauseated and gross, and then sat in the lobby for an hour watching Netflix while I waited for the next blood draw. 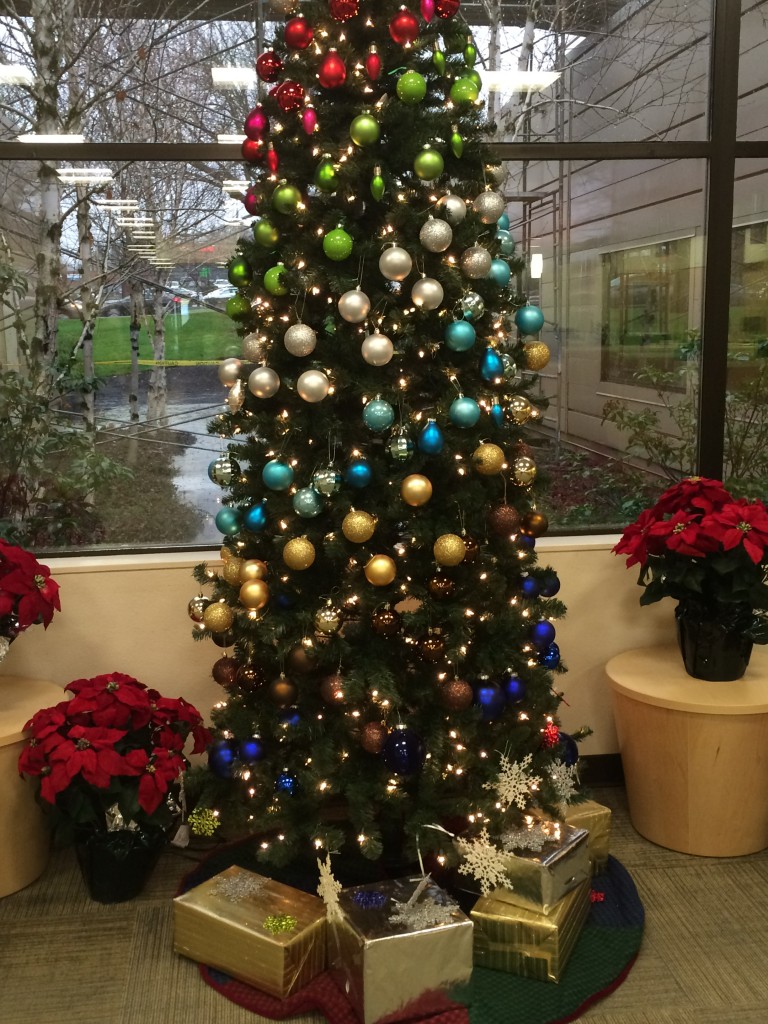 I had the next blood draw and then I had another hour to wait for the last one. As I was leaving the lab I ran into a friend who was there to get some lab work done, too! So after she was done she hung out with me for the last hour, which was really nice. We chatted and that helped pass the time. I wasn’t feeling quite as nauseous as I had been during the first hour and then it was time for my last draw.

It was nearly noon by this time. I’d missed breakfast so I stopped at Subway and got Michael and I a sandwich for lunch. I wasn’t feeling great and it took a few hours after eating to finally feel better.

I made the mistake of looking up how many calories was in that glucose drink. 300!!! NOT COOL. 300 wasted calories for something that was gross, made me feel sick and didn’t satisfy my hunger. Major fail. I want a refund on those calories. 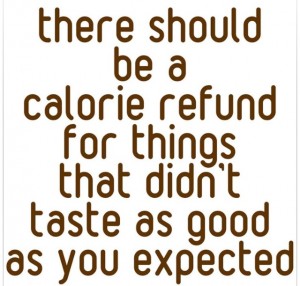 After lunch I went to the gym. The only upside? The gym wasn’t crowded by the time I got there! I wasn’t feeling my best and so I totally phoned-in my workout, but I did something so that’s good. I warmed up and then did the weight machines and finished up with 2 miles on the elliptical. My ankle is much better than it was last week but I’m still taking it easy (no jumping jacks, nothing too aggravating for my ankle, taking it easy on the cardio machines, etc.).

I did realize at the gym this weekend that I can no longer do planks (even side planks) and push-ups are soon to be a no-go, too. It’s become too difficult and with the planks I was feeling strained. So I think it’s time to quit those. 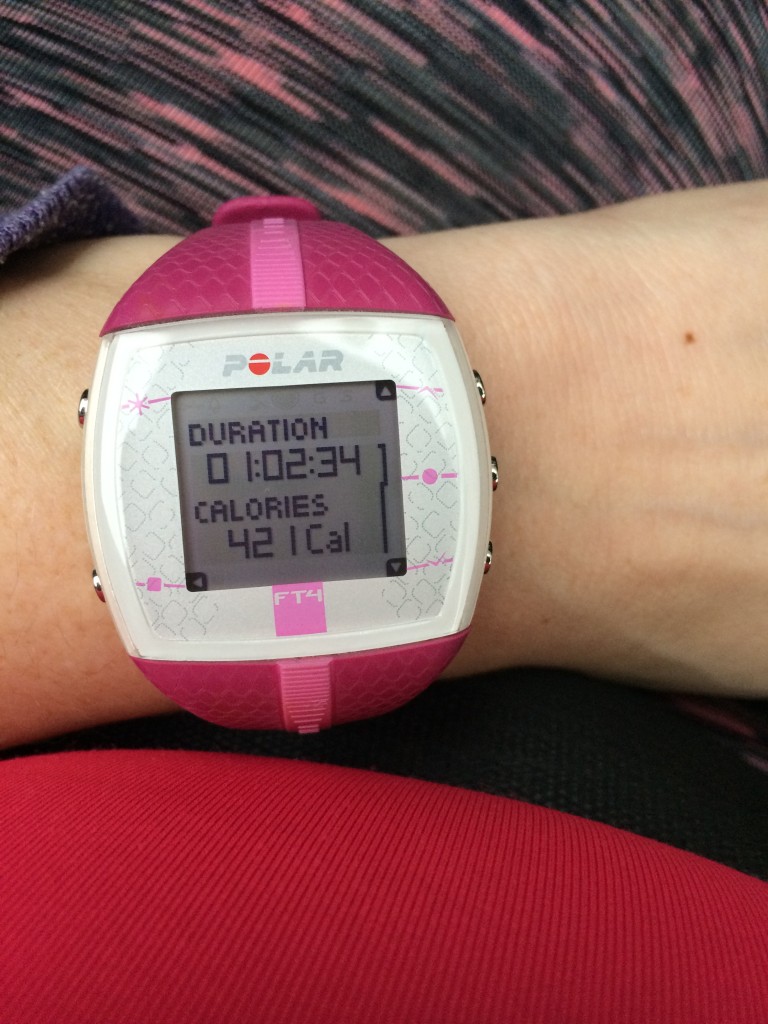 For the three-hour test:

One hour after drinking the glucose solution, a normal blood glucose level is lower than 180 mg/dL (10 mmol/L).

I got my results that evening. The numbers LOOKED okay but I wasn’t positive and wanted to hear from my doctor for sure.

My doctor confirmed that I passed the test! WOOHOO!! Such a big relief. I really felt so much better about it. I know, I know, I worried about it for nothing. But it was a legitimate concern for me because of previously being pre-diabetic, so it was a giant weight off my shoulders. The blood tests also came back to say I am still anemic, despite adding an iron supplement to my vitamins over a month ago. So we’ll see what happens with that.