My boyfriend is a peach: he’s been recording the parts of the 2012 Summer Olympics that he knows I will be interested in. Guess what that sport is? Duh, swimming. 🙂 If you aren’t impressed with the amazing skills of these athletes, I don’t know what could convince you. It’s exciting!

I’m probably a few days behind watching the sports but what I’ve seen so far has been fun to watch. I’ll admit, I’m a big Michael Phelps fan, so of course I’m rooting for him.

I watched the synchronized diving and was so impressed with China! Those girls were identical in every way–they looked like robots! While diving has never been my favorite sport, I know exactly how hard it is to be good at synchronized swimming. It takes a lot of strength to hold poses for long, hold your breathe under water and be 100% in synch with your team. I did synchronized swimming for a few years as a kid and I marvel now that I was able to do it! 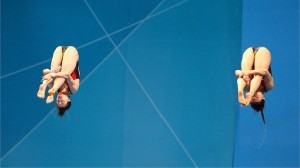 The diving with the spinning was absolutely beautiful to watch.

Dana Vollmer beat the world record for the 100 meter butterfly (55.98 seconds) and won the Gold Medal. Watching her made me wish that I could do the butterfly. It was beautiful and fluid. 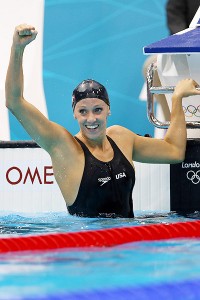 What I noticed first about the women’s 100m Fly event was how different it was from the men’s. The men had more power in their upper body and were raised out the water higher than the women. I’d never noticed that before.

Lochte is the new favorite but I’m still a Phelps fan. It’s pretty exciting watching these two perform even though Phelps didn’t win. Ryan Lochte beat him by 4 seconds but as they were swimming I commented to Michael that Michael Phelps looked really good–conditioned, slender, strong. 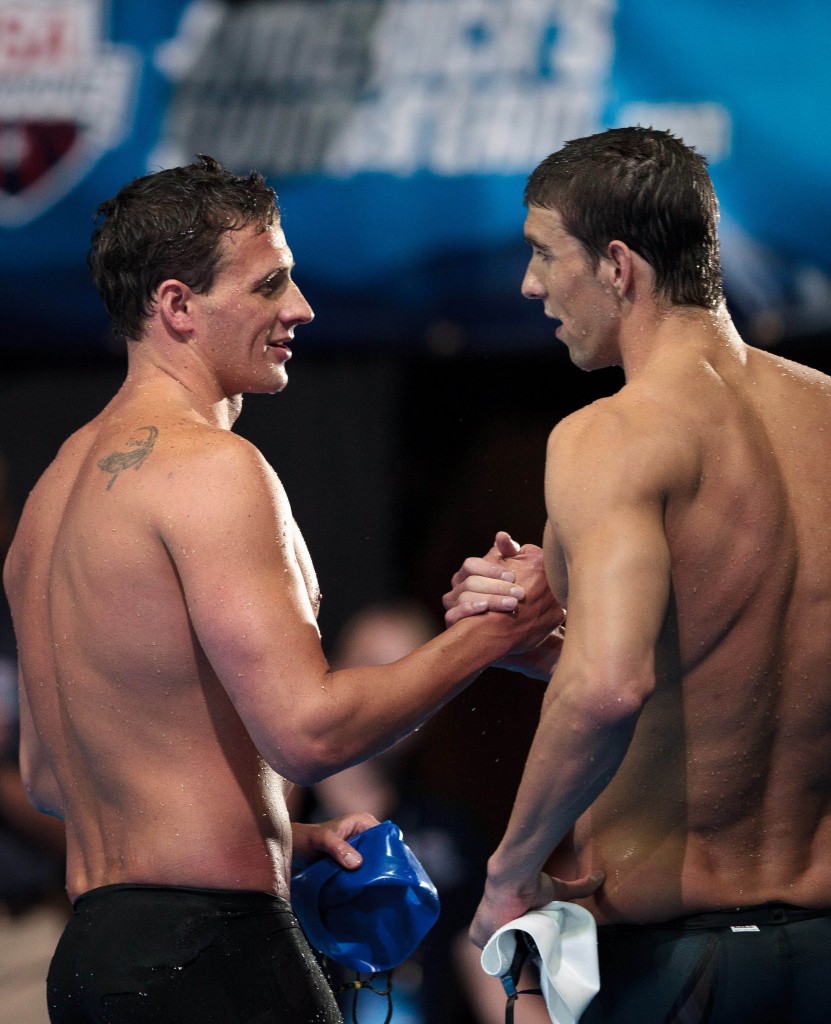 There is a lot of hype around Lochte and a lot of questions about whether Phelps is on his way out. I really hope not, because he inspires me every day. (Check out this article: Why Ryan Lochte Will Always Be in Phelps’ Shadow.) But Lochte is the second fastest time in history–behind #1 Michael Phelps!

By far, the most exciting part was the relay race. I was on the edge of my seat the whole time. USA had the lead, thanks to Phelps. His long body, powerful stroke and speed had him as much as a body length ahead of everyone else. The other teammates continued the lead on their turn and then Lochte–picked to win–lost the lead they had. France won by a tiny fraction, disappointing.

If you missed my series on swimming, you can check it out here:

How to Swim Freestyle

How to Swim Breaststroke

So You Want to Be a Swimmer

The Time I Swam 2 Miles

I’m loving the swimming events. I could nerd out all day long on it. What I want is a comprehensive breakdown of what these athletes eat.

Now I’m off to the pool to set my own world records! 🙂

QUESTION: Are you watching the Olympics? What is your favorite event?