I’ve read some duds lately. And a few that were so bad I couldn’t finish reading them. I hate when I go through dry spells like that with books! I recently read a few good ones on vacation, so here goes:

1. The Mourning Bells by Christine Trent

This is the 4th book in the series. It’s a great series and I liked this newest book, even if it wasn’t quite AS good as the other three. The first two books were the best, for sure. It takes place in Victorian England with the main character, Violet, as a female undertaker who solves mysteries. It’s “cozy” and charming and I like the characters and the stories in this world.

This particular book takes place at the height of Victorian paranoia about being buried alive. The newest thing is coffins with bells attached to alert people just in case someone was buried alive! I knew a little about this from other historical books I’ve read but it was fascinating to read about it in a fictional book. The story introduces these coffins and the London Necropolis Railway (which I hadn’t known about–London cemeteries were FULL!):

“One of Victorian London’s most respected undertakers, Violet Harper has the new duty of accompanying coffins from various undertakers on the London Necropolis Railway for respectful funerals and burials in Surrey. But on her fateful first trip, the mournful silence of the train is shattered by the shrill ringing of a coffin bell—a device that prevents a person from being buried alive.”

I love this time period and the sometimes quirky and odd traditions. There is a whole world around “mourning” (complete with traditions such as wearing the hair of the deceased, mourning jewelry and all the “rules” around mourning and what you’re supposed to wear). It’s all very fascinating. It was a good, fun read and I enjoyed it! 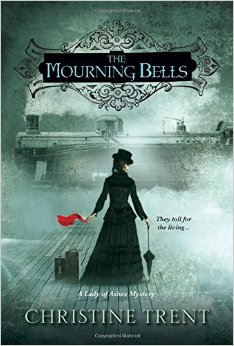 I really enjoyed this book. I accidentally read another one in the series (not knowing it was a series). The writing is good and the story was interesting and compelling. The mystery was unique and the characters and world the writer created was very charming. The story takes place in a small town outside of Montreal. A local woman, an artist, is found dead. At first they aren’t sure if it’s a murder. CI Gamache brings his investigative team out there to solve the mystery.

“His theory is that life is loss. Loss of parents, loss of loves, loss of jobs. So we have to find a higher meaning in our lives than these things and people. Otherwise we’ll lose ourselves. [pg 138]”

“I think many people love their problems. Gives them all sorts of excuses for not growing up and getting on with life…Life is change. If you aren’t growing and evolving you’re standing still, and the rest of the world is surging ahead. Most of these people are very immature. They lead “still” lives, waiting…Waiting for someone to save them. [pg 140]”

Hence, the story behind the title. I really liked the book and I am looking forward to reading more in the series. I was disappointed that there is a long wait for the books at the library! Also, I guess there is a tv show based on the book! 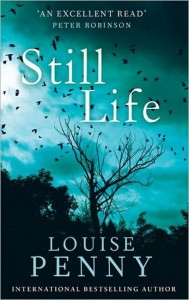 The main character, Joe, is a Game Warden in Wyoming. He has a pregnant wife and two young daughters. The story starts out with him fairly new in the job and trying to find his feet. The previous warden was a legend in the area and he’s struggling to get the respect of the locals. The story is a murder mystery and it’s a unique story that was interesting to me. I don’t want to give away too many spoilers, but some hunters find an endangered animal in the wild and are murdered as a result. The story is as much about Joe’s life and job, the murder mystery, and about endangered animals. I thought it was well-written and the last few chapters were probably the most on-the-edge-of-your-seat reading I’ve had in a long time!

This was a very odd book. It felt like a “Real Housewives of Singapore” or something. It definitely had a gross, snobby, tacky, elitist tone to it but I think that was the point. The main characters, Rachel and Nick, travel to Singapore for a wedding. Rachel is an “ABC” (American Born Chinese) and Nick’s entire family is back in Singapore. They’ve been dating for 2 years. They are both down-to-earth and “normal” but once they arrive Rachel realizes that Nick comes from a very different world–a world of snobby, filthy rich and narrow-minded people who also happen to be royalty in some cases.

The book is hard to pinpoint. It felt like a trashy book sometimes, then it felt like a good story. I liked the main characters and the author did a good job of portraying the “villains” in the book. I liked it because I liked the main characters and it was a different type of book than I normally read. There were a lot of times it felt like nothing happened in the book, but overall I enjoyed it. 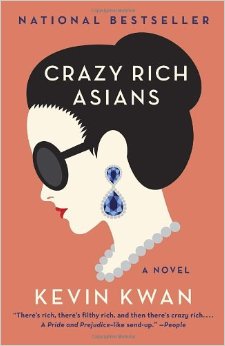 I loved this book and all the crazy characters in it! Ove is a grumpy old man. He is ornery, impatient and has opinions about everything–from what car you should drive to what people say and do to joggers:

“What he can’t understand is why they have to make such a big thing of it. With those smug smiles on their faces, as if they were out there curing pulmonary emphysema…Is it really necessary to dress up as a fourteen-year-old Romanian gymnast in order to be able to do it? [pg 11]”

As the story unfolds you realize that his wife has died and his life is unraveling in a quiet way.

“It’s been six months since she died. But Ove still inspects the whole house twice a day to feel the radiators and check that she hasn’t sneakily turned up the heating. [pg 35]”

“People said Ove saw the world in black and white. But she was color. All the color he had. [pg 45]”

“But if anyone had asked, he would have told them that he never lived before he met her. And not after either. [pg 136]”

And so, having nothing left since his wife died, he decides he’s going to kill himself. But each time he attempts to do it (in a different way each time) he’s interrupted by the neighbors and other characters in the book that eventually become this grumpy old man’s family. It’s a “Dark” comedy I suppose but it was so funny and endearing and heart-warming it never felt too sad or too dark. I absolutely loved the story and could see it become a movie. 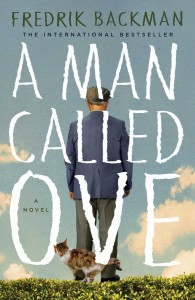 6. The Frozen Dead by Bernard Minier

This is the 1st book in the series (but it doesn’t look like the next three have been translated yet). The main character is Commandant Servaz, a Toulouse city cop. There is a gruesome murder high in Pyrenees and nearby is an asylum for the criminally insane. Except, the murder is of a local billionaire’s horse. He’s surprised to be dispatched for that but soon there are human murders and he starts to unravel the history and horrible cover-up.

It was a fun read in that it was exciting and I liked a lot of the characters. At times it felt a little disjointed but overall it was a quality mystery book. I’d like to read the rest. 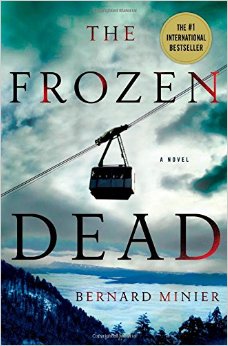 This is book#2 in the Harry Hole series (another series I read out of order unfortunately but I believe it was because the books weren’t published in English in order). It was well-written and the story was interesting and different. At times I was annoyed by the main character’s crippling alcoholism and I hope that he gets over that in further books because it could become tiresome to read. However, this book was pretty good and the mystery itself was unique and I didn’t guess it at the end.

Harry is a Norwegian cop and when the Norwegian Ambassador is found murdered in Thailand, he’s sent there to investigate. Soon he realizes that his superiors sent him because they hoped he’d be too drunk to actually solve it. It’s a good read, but gritty so be prepared.

This book had mixed reviews and a friend who recommended this author said it wasn’t her favorite book by Wolitzer. Except, I really liked the book a lot. Not a whole lot HAPPENS in the book, so if you’re looking for a fast-paced, plot-driven story, you won’t find it here. What you will find is good writing and reflections from women (fictional) that took a “nap” from their careers. These women left the workforce to become mothers and raise their children.

The main character, Amy, reflects on her own childhood with her two sisters. Her mother was a burgeoning feminist in the 70’s who became a writer and while she was a “stay at home mom” for her kids, she’d leave them to their own devices for hours a day while she went into her “office” to write her novels. She was successful, too.

“At first, it was a shock to have their mother so close and yet unavailable. They were stung by her absence, as though it was a personal afront. [pg 7]”

Amy and her sisters were told not to bother their mother unless it was life and death. When Amy got her period for the first time her and her sisters debated whether that counted as “life or death”?

“‘You could bleed to death,’ Naomi had said. ‘You could exsanguinate. It’s happened before. Thought it’s not really likely. [pg 7]”

They interrupted their mother and she wasn’t mad, instead she thanked her daughter for interrupting her for this big moment. Amy grew up vowing to be home for her own kids and always present, so when she had her son she quit her job at a law firm and became his mom.

“Women who worked were exhausted; women who didn’t work were exhausted. There was no cure for the oceanic exhaustion that overwhelmed them. [pg 80]”

The book was about motherhood, marriage, leaving and returning to careers, and about female solidarity.

“Oh female intimacy! Amy thought with longing. She had missed it so much since Jill had left the city…But their time together seemed stolen, pitched against the grain of family life. Marriage and children sometimes divided friends. [pg 69]”

“Many of the boys and girls of America were now as oversubscribed and overextended as executives, Their mothers were their secretaries, keeping track of the children’s calendars, running slightly behind them as they went from piano lessons to fencing to paper-making to martial arts to the homes of other children and then back out into the world. [pg 280]” 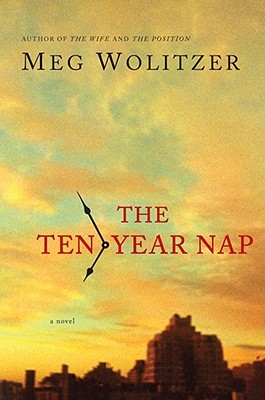 I’ve read some more pretty good books but this particular post has gotten longer than usual so I will do those in another post soon.

16 thoughts on “Books for Your Summer Vacation”